Crisosto Apache was born in 1971 in New Mexico. His father is a member of the Diné (Navajo) tribe and his mother is part Mescalero Apache and part Chiricahua Apache. Crisosto grew up with his mother on the Mescalero Apache Reservation in New Mexico. The only member of his family to graduate high school, he continued his education and earned an Associates of Fine Arts in creative writing from the Institute of American Indian Arts in 1992. He received his BA in English and Native American Studies from Metro State University in Denver, Colorado, followed by his MFA in creative writing in 2015, also from the Institute of American Indian Arts.

Crisosto says he always knew he was gay, although he did not come out until he was 17. When he moved to Denver in 1998 he encountered the Two Spirit Society of Denver. The organization was devoted to restoring the traditional importance of two spirited people within Native American culture. They helped Crisosto reclaim his sexual identity and understand it within the context of his own cultural traditions.

More than a sexual orientation, “two-spirit” is used to describe the traditional role of gender-non-conforming First Nations people. They historically cared for their communities and served ceremonial roles. Many were celebrated medicine people and story tellers. Learning the history of two-spirit people inspired Crisosto to become a Native LGBTQI / Two Spirit advocate.

From 2008-2010 Crisosto served as the director of the Two Spirit Society of Denver. In 2009 he organized the 21st Annual International Two Spirit Gathering in Estes Park Colorado, bringing together a record number of the community. In 2011 he founded Two Spirit National Cultural Exchange, Inc. Based in Denver, the organization promotes the two-spirit identity and helps LGBT Native Americans connect with their tribal and cultural traditions.

In addition to his advocacy, Crisosto is a poet, writer, and educator. Early in his career, he was featured on MTV’s “Free Your Mind” Indigenous Writers Ad campaign. He has since published a book GENESIS (Lost Alphabet), performed his poems in a wide variety of settings, presented his work at academic conferences, and written articles about Two Spirit people. He has developed indigenous curriculum for schools and is currently a faculty member of the English department at Red Rocks Community College and Rocky Mountain College of Art + Design in Lakewood, CO.

OUTWORDS interviewed Crisosto in Denver on a warm summer day in July 2016, at the comfortable home he shares with his husband Todd, previous owner of The Den, one of Denver’s oldest gay bars (now closed). At the end of our time together, Crisosto generously read us three of his poems, in his solemn, warm voice. 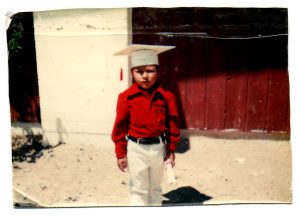 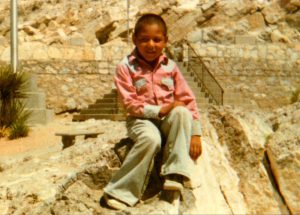 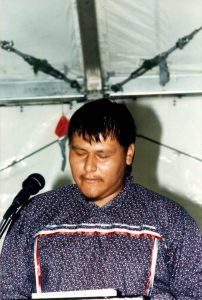 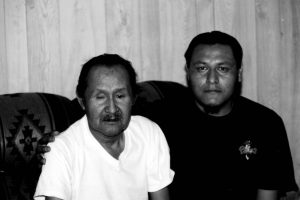 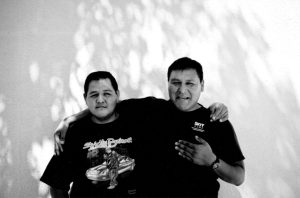 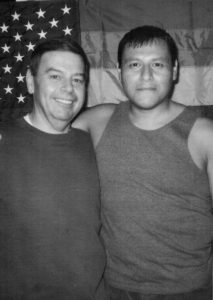 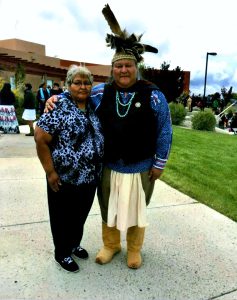