Don Bachardy was born May 18, 1934 in Los Angeles, CA. Growing up, he worked in a grocery store and spent his free time going to the movies. He loved to draw and collected sketches of his favorite celebrities. While a student at UCLA, he studied languages and theater arts.

Don met the English novelist, Christopher Isherwood, on Santa Monica Beach in 1952. They became a couple on Valentine’s Day the following year and remained partners for over thirty years.

After discovering Don’s celebrity drawings, Christopher convinced his young lover to draw a portrait of him. Christopher was the first person Don drew from life. Impressed by Don’s talent, Chris encouraged him to continue his artistic studies. Don enrolled at the Chouinard Art Institute in Los Angeles and studied there for four years. In 1961, hewent to London to attend the Slade School of Art. That same year, he had his first solo exhibition in London. While abroad, Don also created fashion illustrations for the magazine Women’s Wear Daily.

With few celebrity gay couples in mid-century America, Don and Christopher became gay icons. In 1968, British artist David Hockney painted the couple—a double portrait that commemorates successful gay relationships. It now hangs in the Metropolitan Museum of Art in New York. In 2008, their relationship was portrayed and celebration in the documentary film Chris & Don: A Love Story.

Don has created over 10,000 portraits. His artwork can be found in major museums throughout the world, including the Metropolitan Museum of Art in New York, the Smithsonian Institution, and the National Portrait Gallery in London. Seven books of his portraits have been published, including The Last Drawings of Christopher Isherwood, aselectionof portraits depicting Christopher as he was dying of cancer. An artistic expression of grief and commitment, Don created 400 portraits of him, capturing his likeness once a day and recording his slow decline.

Don still liveson Adelaide Drivein Santa Monica, in the hillside residencewith sweeping ocean views that Christopher purchased for them in 1956. The wicker chairs where Don and Chris sat for David Hockney’s portrait remain side by side in the living room. Don still paints every day. When asked who his subjects are, he quickly replied, “Anyone who will sit for me!” 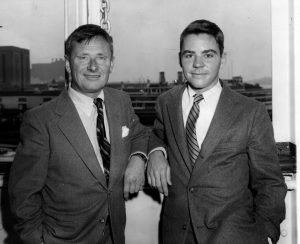 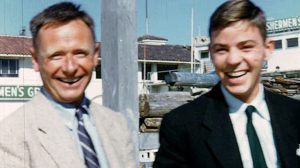 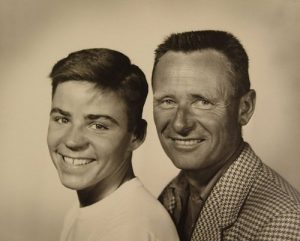 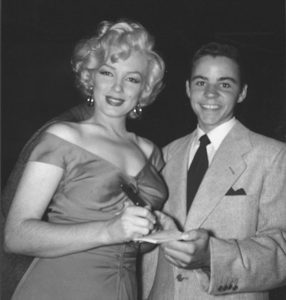 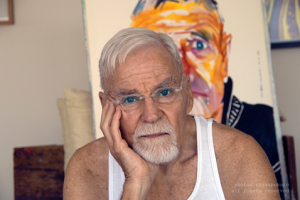