Advanced Search >
Bruce was born March 23, 1948 in Twin Falls, Idaho. He was the fifth of six children in a musically inclined Mormon family. He grew up on the family’s farm before moving to Utah to attend Brigham Young University, where he became the director of the Cougar Marching Band. Aided by his faculty advisor Alan Ashton, Bruce even developed a software program to assist with band choreography.
After completing his BA in Music Education and a MA in Computer Science at BYU, Bruce and Alan Ashton created the word processing program that would eventually be known as WordPerfect – and which arguably changed the relationship between humans and personal computers forever. After Bruce and Alan adapted their software to the IBM platform, it became an international bestseller. Bruce served as chair of the WordPerfect Corporation until the mid-1990s.
Bruce did all the things expected of him as a Mormon. He went on a mission (to Italy), married within the temple, had three sons, and served as a bishopric (presiding council member) in his ward (church). But Bruce knew from a young age that he was gay. After a life-changing trip to Europe when he met his first boyfriend, Bruce and his wife Melanie finally divorced in 1994. Bruce took the enormous proceeds of WordPerfect’s merger with the Novell Corporation, and began dedicating his life to living truthfully, and changing the world.
Bruce’s foundation has provided deep support to a huge variety of arts, environmental, homeless services and LGBTQ organizations.  In 2004, he was Grand Marshall of the Utah Pride parade. He serves on the national board of HRC, and received their National Leadership award in 2008. He was executive producer of the 2007 documentary, For the Bible Tells Me So, and 8: The Mormon Proposition, a film about the Mormon Church’s role in the California Prop 8 campaign. In 2010, President Obama appointed Bruce to the Presidential Advisory Committee of the Arts.
OUTWORDS interviewed Bruce at the rambling estate in Orem, Utah that he shares with his husband, Clint. Bruce was wistful about Utah – a state he loves, but whose dominant religious culture he has come to hate. He and Clint are building a house in Palm Springs, California. Sooner than later, Bruce will leave Utah behind for good.
Bruce's high school graduation photo. WordPerfect founders Alan Conway Ashton and Bruce Bastian in 1958. Bruce Bastian, 1966. Bruce Bastian at Sundance, 2010. 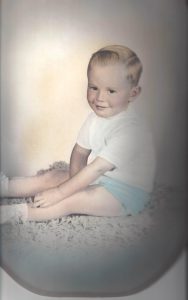 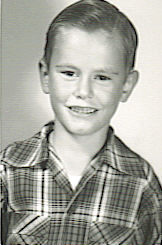 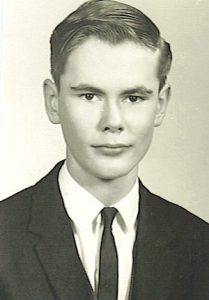 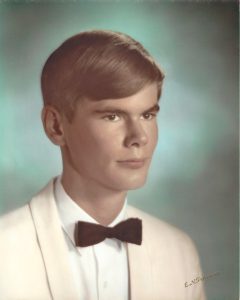 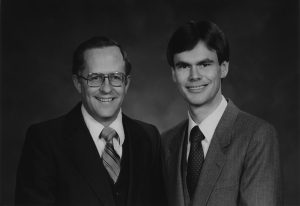 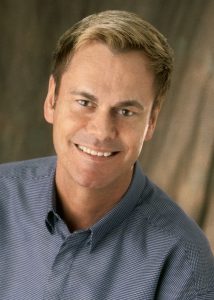 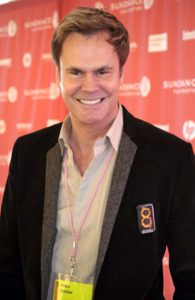 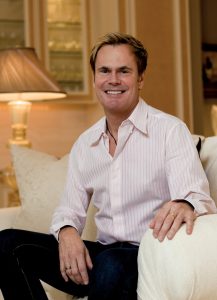 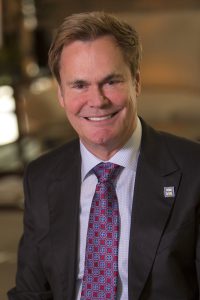