Advanced Search >
Al Baum was born in 1930 and raised in the Chicago suburb of Highland Park. His father was a successful investment counselor, and hoped that Al and his brother would follow in his footsteps, but neither son was interested. Al served in the military, went to Harvard Law School, got a second graduate degree in city planning at UC Berkeley, and ending up working for several years at the San Francisco Bay Conservation and Development Commission, where he had primary responsibility for writing regulations to save San Francisco Bay.
Al’s family were secular Jews. But during his military service in Germany in the 1950s, he attended Shabbat services for the first time. It was the beginning of a profound connection to his faith that would guide Al for the rest of his life.
For many years, Al kept the pieces of his life – work, sexuality, faith – separate. Just as he evolved into his Jewish identity, he took his time realizing his gay identity, only coming out when he was 45. By that point, Al was running his own city and regional planning consulting firm. On the side, he bought and restored seven grande dames of Victorian architecture in San Francisco. In the mid-80s, it was back to school again, this time to earn a master’s degree in social work. Following that, he was in private psychotherapy practice for some 25 years. In 1996, Al founded the Gay and Lesbian Task Force of the Jewish Community Federation of San Francisco, uniting perhaps the two most important strands of his personal life.
Over the years, Al has served on the boards of many organizations including Jewish Family and Children Services of San Francisco, the Fine Arts Museums of San Francisco, the ACLU of Northern California, and the Lambda Legal Defense and Education Fund. He was a founding member of the New Israel Fund, and has been an active supporter of Openhouse, a San Francisco LGBTQ senior organization. Al has also received numerous honors and awards, and in 2014, served as Grand Marshal of the San Francisco Pride Parade, accompanied by his partner, interior designer Robert Holgate.
An unfailingly courteous, clear-sighted man, Al talked both comfortably and introspectively about his life during his OUTWORDS interview in May 2017. At several points, he broke into tears for no obvious reason. Regardless of their meaning, Al’s tears suffused his interview with a sense of poignancy, and let us know we were in the presence of a big-hearted man.
Al Baum at four years old. Al (right) & brother David, 1944. On the terrace at shrine of St Joseph with University of Montreal in the background, September 1951. Al Baum with his father's families, circa 1952. Al Baum at the United Nations, September 1953. Al skiing at North Conway, Feb 1955. Al Baum and his mother's family, circa 1957. Al at Sam's Anchor Cafe in Tiburon, California, 1957. Al Baum on the island of Iona, Scotland, 2004. Al Baum and Robert Holgate in Edinburgh, Scotland. Al Baum and Robert Holgate in Israel. Al Baum on the streets of Israel. Robert and Al. Alvin “Al” Baum. 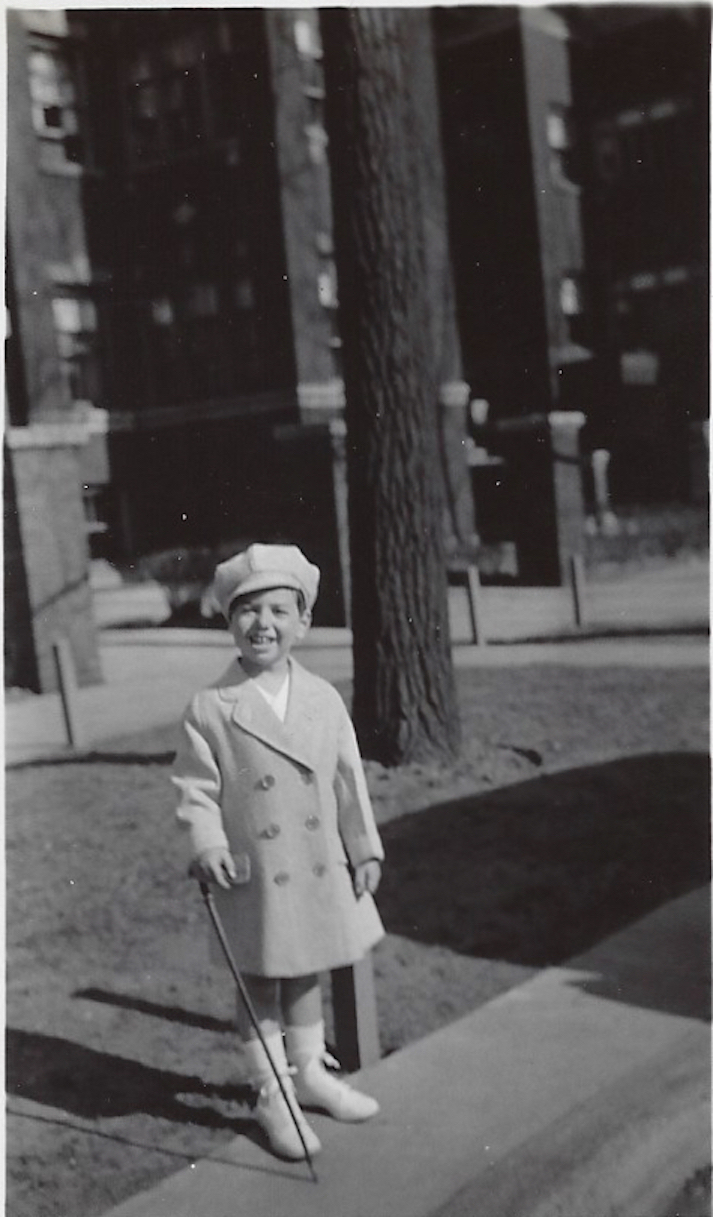 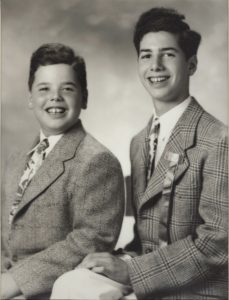 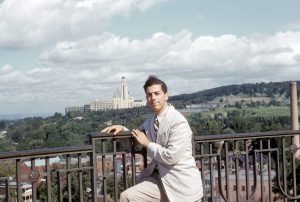 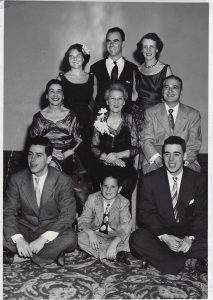 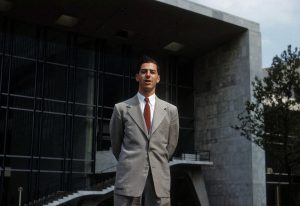 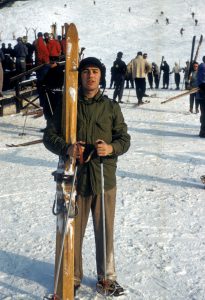 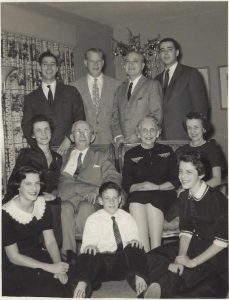 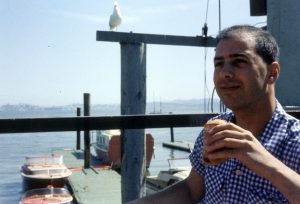 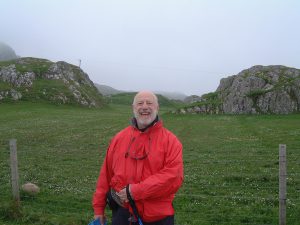 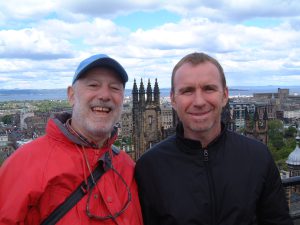 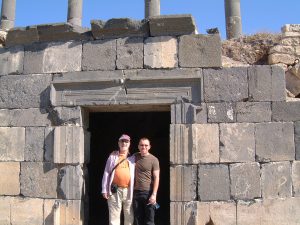 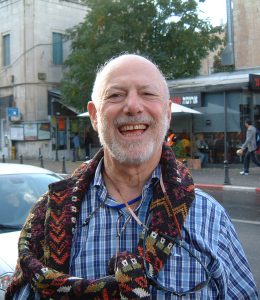 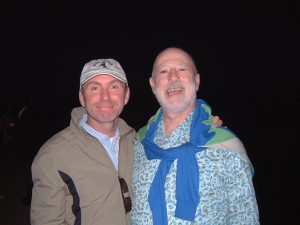 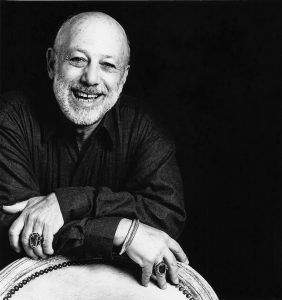