Advanced Search >
Hector Black was born on February 12, 1925 in Brooklyn, New York. On the cusp of being sent to the front lines in World War II, Hector realized he could not kill another human being. After the war, Hector attended Harvard University, where he joined a Quaker community and had sex with a man for the first time.
After graduation, Hector volunteered with an international Quaker work camp trying to improve the lives of Belgian miners, then joined an agricultural commune in Paraguay where homosexuality was firmly rejected. Deeply conflicted about his own attractions, Hector submitted to treatment with estrogen supplements, a popular homosexual ‘cure’ at the time. Believing himself to be cleansed, he returned to the United States, fell in love with Susie Maendel, and married her.
For eight years, Hector and Susie in religious community. They had three daughters, and Hector continued to work with Quaker organizations to promote civil rights. In 1965, the family moved to an all-black neighborhood in Atlanta to be on the front lines of the civil rights movement. When Hector organized a rent strike to improve the living conditions in a housing complex, and got arrested, Martin Luther King Jr. joined those demanding his release. During these years, Hector had occasional flings with men. Afterwards, he begged Susie’s forgiveness, which she always granted.
In 1995, one of Hector and Susie’s daughters came out as lesbian. Hector finally felt he had no choice but to follow her example. At age 70, he offered Susie a divorce, which she declined. In 2000, Hector and Susie’s daughter Patricia was raped and murdered. Hector and Susie got through it together. Drawing on his Quaker roots and beliefs, Hector successfully pleaded for his daughter’s murderer to be spared the death penalty, visited him in prison and forgave him.
Hector and Susie remained married until her death in 2015.
Today, Hector lives in a house perched over a ravine at the end of a long dirt road, a few miles outside the town of Cookeville, Tennessee. He has found a sweet passel of queer friends at the Short Mountain radical faerie community, about an hour’s drive away. He also continues to visit prisoners on death row. He likes to quote Mother Teresa, who said, “Lord, break my heart so completely that the whole world falls in.”
Hector (right) with older brother David, abt 1929. Hector with his two brothers on their uncle’s farm in Rhode Island, 1937. Elementary school graduation, 1938. Hector on his uncle’s farm where he spent every summer, Rhode Island, 1940. High school photo, 1942. U.S. Army photo, 1945. Hectory at the nursery, Lake Hill, 1960. Hector and his wife Susie with their daughters, Annie, Rose, and Aggie, Lake Hill, NY, 1960. Hector, Susie, their children, and neighbors on their backyard deck, Vine City, GA, 1965. Hector and Susie in Georgia, 1966. Hector and Susie’s five daughters in 1967. Back: Ceal, Rose, Trish; Front: Annie, Aggie. Hector bringing Susie home from two knee and one hip replacements, with their daughters Rose and Aggie, Rockmart, GA, 1968. Hector at the nursery, Rockmart, GA. Hector demonstrating at the courthouse, Cookeville, TN, 2017. Hector in 2018. 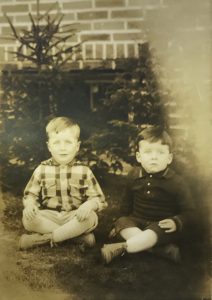 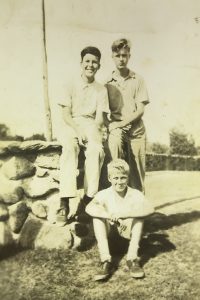 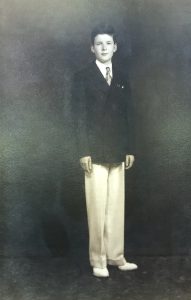 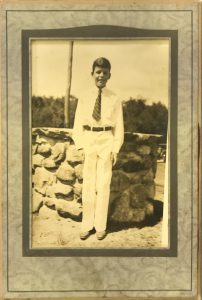 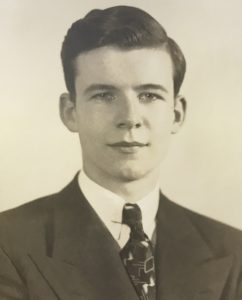 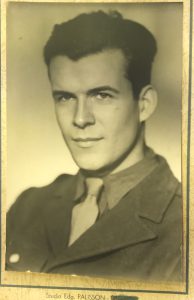 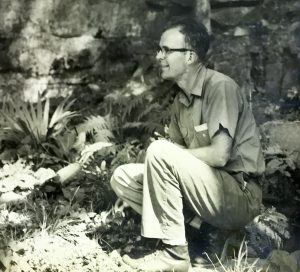 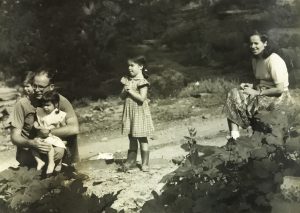 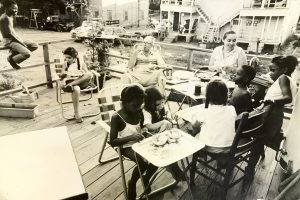 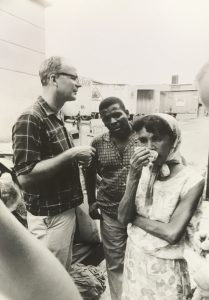 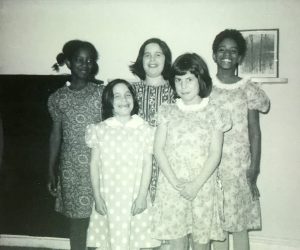 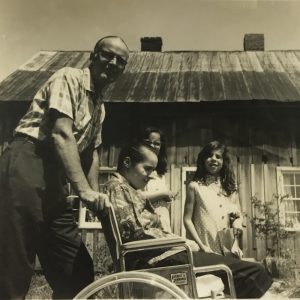 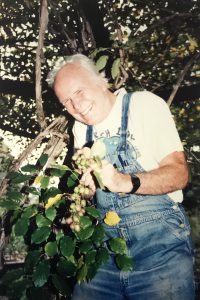 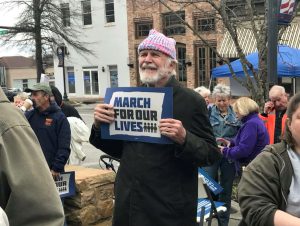 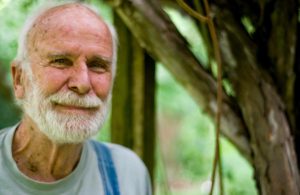