Advanced Search >
Blackberri was born in 1945 in Buffalo, New York, and named Charles Timothy Ashmore. From early on, he was comfortable with and even proud of his queerness, despite being taunted by his stepfather and school bullies.
From early on as well, it was clear Blackberri was born to make music. He picked up the harmonica at age nine, and soon was playing just about any song that came out of the radio. His love for music was temporarily derailed in 1965 when Blackberri was drafted into the US Navy. Life took another turn for the worse when a shipmate turned Blackberri in for being gay, and he was discharged.
Undeterred, Blackberri won a music scholarship to University of Arizona – but ultimately returned the scholarship and left after being told the school “didn’t teach his kind of music”. Soon thereafter, Blackberri was living in a Tucson feminist community when a friend named Hummingbird told ‘Charles’ he should call himself Blackberrie because he was ‘black and sweet’. The name stuck, although Blackberri later dropped the ‘e’ at the end to make his new name even more feminine.
In 1974, Blackberri moved to San Francisco, and his music career finally took off. In 1975, he shared the stage with Steven Grossman at KQED’s Two Song Makers concert, in which they became the first two openly gay musicians to perform on public television in San Francisco. In 1981, Blackberri released his first solo LP, Finally, to much praise and popularity. His song “When Will the Ignorance End” was chosen as the theme for the first National Third World Lesbian and Gay Conference in 1979. His song “Beautiful Black Man” became the centerpiece of Isaac Julian’s 1989 movie Looking for Langston. Blackberri’s music was also featured in several Marlon Riggs’ films including Tongues Untied and Black Is Black Ain’t.
Blackberri has also devoted extensive time and energy to HIV work, serving as a counselor for HIV patients and their families, and later as a prevention educator. In addition, Blackberri is a practicing Lucumí priest. He has visited Cuba 13 times, and performs readings, marriages, and spiritual work of all kinds.
On the evening of his OUTWORDS interview, Blackberri invited us to meet him at Lena’s Soul Food in Oakland. We bought fried chicken, collard greens, and mac ‘n cheese, went back to his storefront apartment, stuffed ourselves silly – and then recorded Blackberri’s scintillating story. Towards the end of our time together, we asked Blackberri, “What’s your hope for the future?” “I don’t do hope,” he shot back. “I do prayer.” Those words have stuck with us ever since.
Blackberri performing at the Wilshire Ebell Theater. Blackberri with Allen Ginsberg. Photo courtesy of Blackberri. Photo courtesy of Blackberri. Photo courtesy of Blackberri. Photo courtesy of Blackberri. 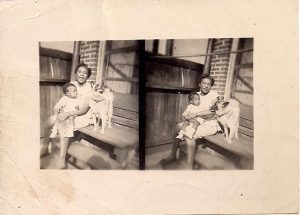 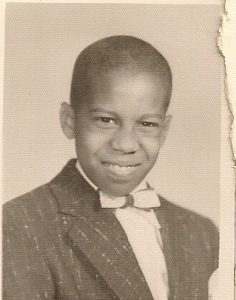 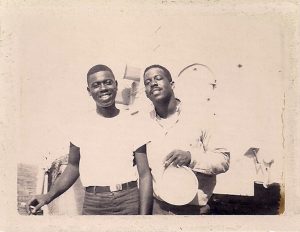 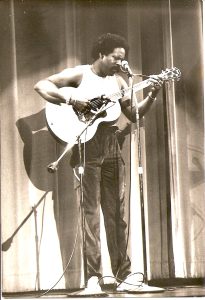 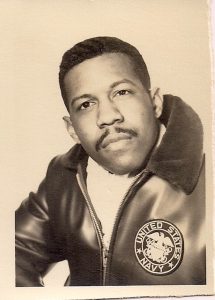 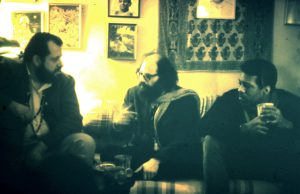 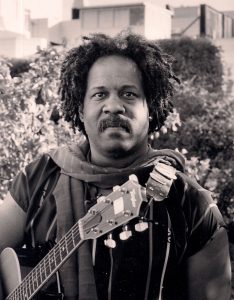 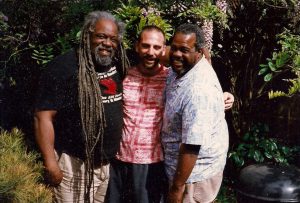 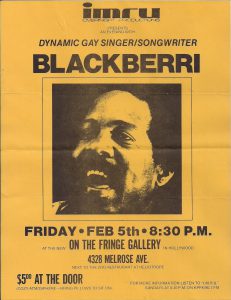 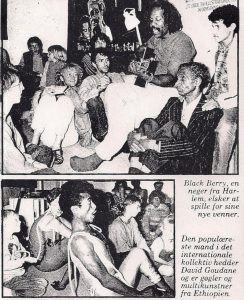 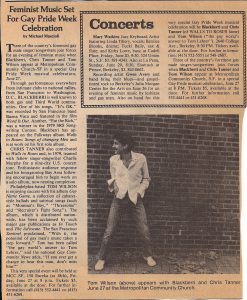 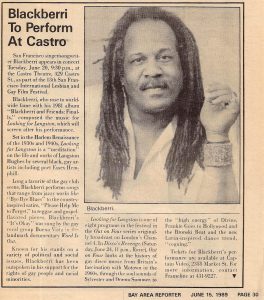