Advanced Search >
Stewart Butler was born in Mobile, Alabama in 1930, moved to New Orleans in 1932 and to Carville, Louisiana in 1941. He attended Louisiana State University from 1947 to 1951 and served in the Army for two and a half years. After leaving the Army, Stewart went to Alaska. He lived in the land of the midnight sun for a decade, attended the University of Alaska and earned two bachelor’s degrees—one in Geological Engineering and the other in Business Administration.
Since there was no law school in Alaska, Stewart moved to San Francisco to attend Hastings College of the Law. During his second year of law school, he realized he was gay. He dropped out of Hastings in 1964 and returned to New Orleans. In 1973, Stewart met his soulmate Alfred M. Doolittle at Café Lafitte in Exile, the oldest continually operating gay bar in the United States. In 1979, Stewart and Alfred moved into a pink Creole cottage, which they affectionately dubbed the Faerie Playhouse. Over the years, they held countless LGBTQ organizing meetings at the Playhouse, and the back garden became the final haven for the cremains of various queer New Orleans luminaries.
Alfred was a great choice for Stewart because, among other sterling qualities, he was partial heir to a gold fortune. In 1978, with Alfred’s blessing, Stewart retired at age 48 from his day job. In 1980, he helped found the Louisiana Gay Political Action Caucus (LAGPAC), to serve on its board of directors, and basically, to become a fulltime gay activist. From 1983 to 1986, he co-chaired Louisiana’s annual LGBT conference, Celebration. He was on the board of directors for PFLAG for almost two decades, and also served on the board of the Southeastern Conference for LGBT people. He spearheaded the campaign for a New Orleans non-discrimination ordinance to protect LGBTQ people from housing and employment discrimination. The measure failed in 1984 and 1985, but in 1991, Stewart and his LGBTQ activist comrades finally managed to shoulder it through. In 1993, they pushed through another ordinance extending protections to transgender people.
After Alfred passed away in 2008, Stewart continued living in the Faerie Playhouse until his death in March, 2020. Today, even though Stewart is gone, the Faerie Playhouse is still very much alive and easy to find. Just head up Esplanade Avenue from the French Quarter, and look for the pink cottage adorned with large red hearts, and a plaque celebrating it as a center of New Orleans queer activism.
Stewart Butler at Officer Candidate School, 1952, Ft. Riely, KS. Stewart Butler at Percy Island on a Geological Survey, 1956, Ketchikan Gateway County, Alaska. Stewart Butler at Percy Island, 1956, Ketchikan Gateway County, Alaska. Alfred and Stewart Butler at their home at Prytania Avenue, 1973, New Orleans, LA. Alfred and Stewart Butler, 1975. Stewart Butler, 1983. Alfred holding Stewart Butler while laughing, 2000, San Francisco, CA. [L-R] Ron Jullian, Stewart Butler, Alfred Doolittle, and Rich Magill,] at a Plaque dedication for The Fairie Playhouse, 2007, 1308 Esplanade Ave, New Orleans, LA. Plaque dedication for The Fairie Playhouse, 2007, 1308 Esplanade Ave, New Orleans, LA. Stewart Butler with a feather cap on, 2010. Stewart Butler at his home, 2011, New Orleans, LA. 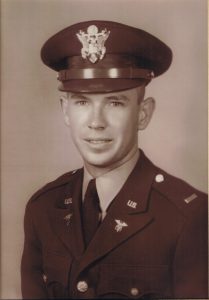 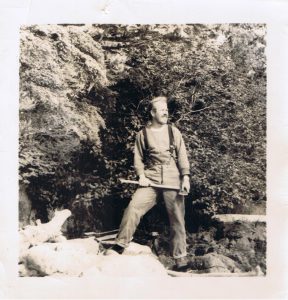 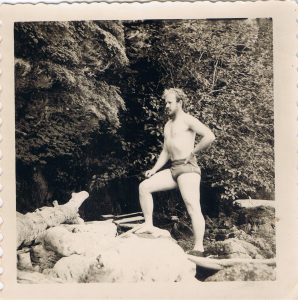 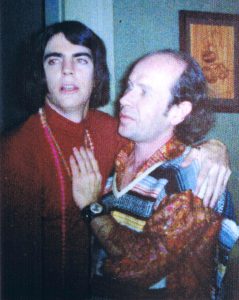 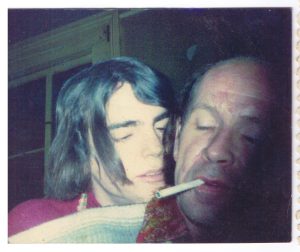 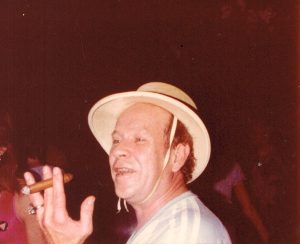 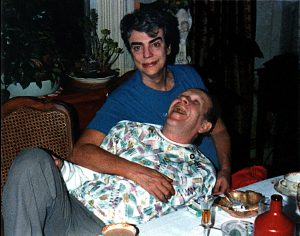 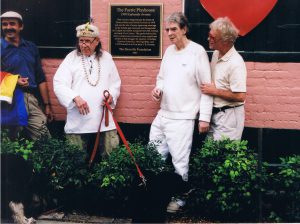 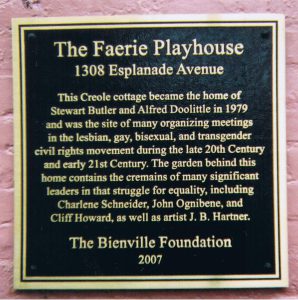 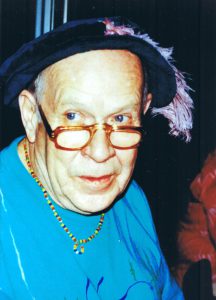 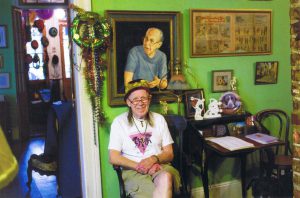