Advanced Search >
Colonel Margarethe Cammermeyer, commonly known as Grethe, was born on March 24, 1942 in Oslo, Norway. At age 9, she and her family immigrated to the United States. In 1960, at age 18, she became a US citizen. A year later, she entered the Army Student Nurse Program and, in 1963, earned her BS in nursing from the University of Maryland.
Grethe served on active duty for seven years with the Army Nurse Corps and, while stationed in Germany, married Harvey Hawken, a fellow soldier.  She volunteered to go to Vietnam after her husband received his orders, and served there for fourteen months, including eight months as head nurse of the neurosurgical intensive care unit. For her service, Grethe was awarded the Bronze Star for Meritorious Achievement. She and Harvey were married for 15 years.
In 1968, pregnant with her first of four children, Grethe was forced to leave the military, since women were not allowed to have dependents and serve. When the policy changed in 1972, she joined the Army Reserves. Grethe raised her children while working in VA hospitals and earning her master’s degree and Ph.D. in nursing from the University of Washington.
In 1988, Colonel Cammermeyer transferred to the Washington National Guard, assuming the role of Chief Nurse. She had a concurrent position as clinical nurse specialist in the VA hospital at American Lake in Tacoma, where she was in charge of the seizure clinic and sleep lab. In 1988, while visiting her aunt with her sons in Lincoln City, Oregon, Grethe met Diane Divelbess, an artist from California. It was her self-described ‘a-ha’ moment. A year later, during a security clearance interview, Grethe disclosed that she was a lesbian. As a result, she was involuntarily discharged two years later. Grethe filed a lawsuit against the Department of Defense in federal court, and in 1994, federal district judge Thomas Zilly ruled her discharge unconstitutional. Grethe was reinstated in 1994. Her story was turned into the television movie Serving in Silence, produced by Barbra Streisand and Glenn Close. Glenn Close (Grethe), Judy Davis (Diane), and screenwriter Alison Cross all won Emmy awards for their efforts on the film.

Grethe was retired from the military in 1997 after 31 years of service. She then turned her energies to fulltime advocacy for the repeal of Don’t Ask, Don’t Tell. On December 22, 2010, surrounded by hundreds of advocates for repeal, Grethe led the Pledge of Allegiance at President Obama’s signing to finally repeal DADT. 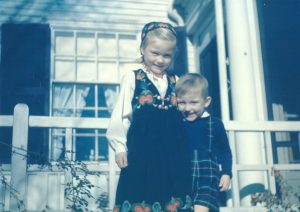 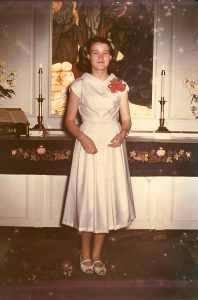 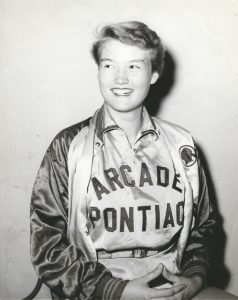 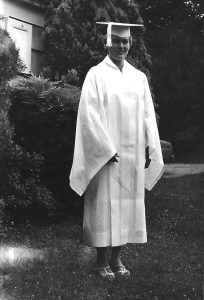 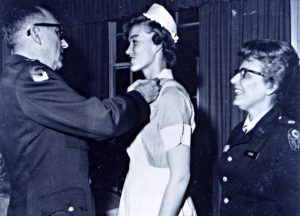 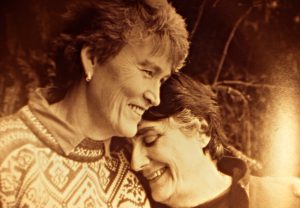 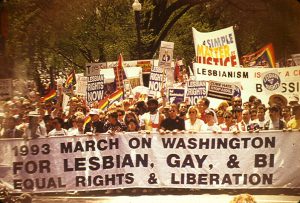 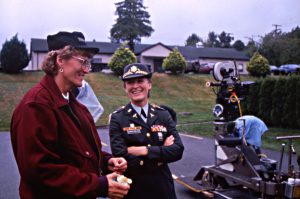 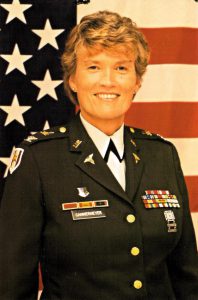 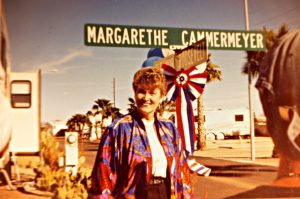 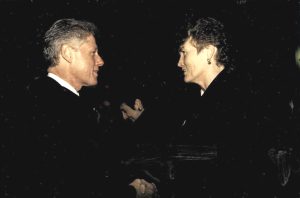 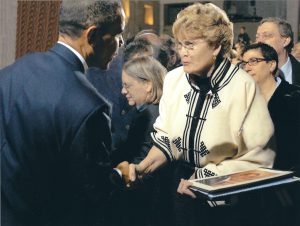 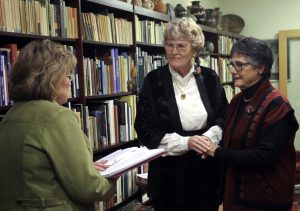 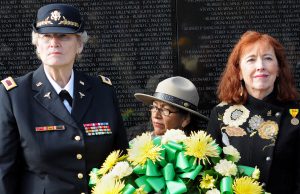 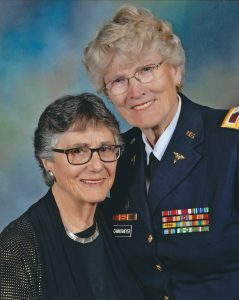