Carolyn Brandy was born in Tampa, Florida on July 20, 1946. With a father in the US Army special forces, Carolyn lived in Georgia, Maryland, and Germany before settling near Fort Lewis, Washington at age 9. Less than two years later, her father left the family without explanation.

Carolyn found refuge from family stress in playing the violin. Then, while attending the University of Washington, she became enamored by the conga drum music playing in Pike Place Market. One of the drummers told her he taught classes, and she soon joined, traveling all over Seattle playing congas with his class.

Throughout school, Carolyn always knew that she liked girls. At the age of 28, Carolyn publicly came out as lesbian after having a romantic relationship with a woman. By then, she already had a 2-year-old son. One year later, Carolyn and her son moved to the Bay Area in 1975 so she could continue studying the conga. She soon played a music gig with the musician Rhiannon, and a long-time collaboration was launched. When Rhiannon started the all-woman jazz band Alive! shortly thereafter, she invited Carolyn to join, along with pianist Michelle Rosewoman and cellist Suzanne DiVincenzo. In 1977, Alive! performed in the Michigan Womyn’s Music Festival and took off nationally. While touring, the women’s music network housed them and produced their shows.

After nearly a decade with Alive!, Carolyn left the group to spend more time with her son. She started teaching in local school districts, leading her students in a percussion band that played all over the Bay Area. She extended her leadership to creating Sistah Boom, a contingent of woman drummers. Sistah Boom marched in pride parades and political events, and even played the soundtrack for a Harvey Milk film.

Alongside teaching, Carolyn continued learning drumming. Before 1988, women had been forbidden from playing Cuban batá drums, a sacred instrument for Regla de Ocha music. After receiving explicit permission from a priest, Carolyn arrived at a workshop in Tijuana, Mexico for batá lessons led by Mario, a Cuban elder. The other men in the class were so furious that a woman was playing batá that Mario told her to stop coming, but invited her to attend a summer workshop in Cuba he was teaching. That summer, Carolyn spent every day learning batá, first at the workshop and then in Mario’s house. Mario presented her an award for being the best student and invited her to play for a TV program filming the workshop. After returning home from the workshop, Carolyn received death threats from men from the workshop for playing batá.

Despite these hurdles, Carolyn was noticed by famous Regla de Ocha singer Amelia Poderoso, who would become her godmother. Amelia was among the first Cuban women to play batá. Carolyn created the nonprofit Women Drummers International to bring women on trips to Cuba to study music, and she invited Amalia to teach the first workshop in 1998. Under Women Drummers International, Carolyn also created the Born to Drum camp in 2006, inviting women from all over the world to teach and learn drumming together.

Over the COVID-19 pandemic, Carolyn moved from Oakland to Philadelphia to be closer to her son and grandson. She continues to drum with her students from California over Zoom. No matter what uncertainties may arise, Carolyn remains sure that she will continue learning, playing, and sharing drum music for the rest of her life. 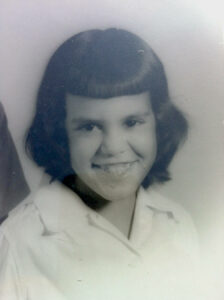 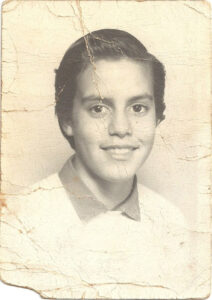 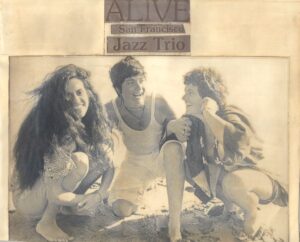 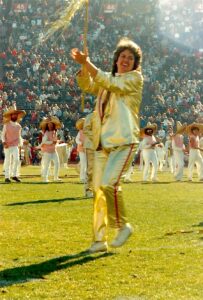 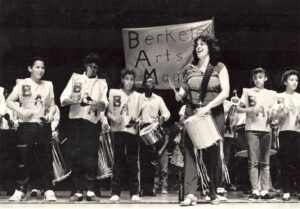 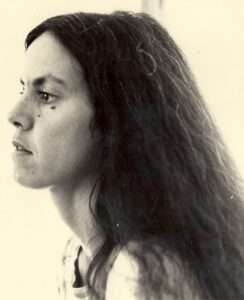 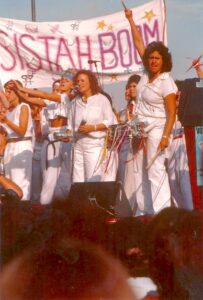 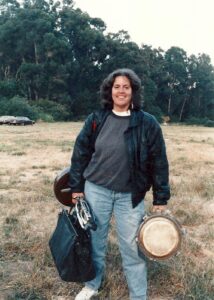 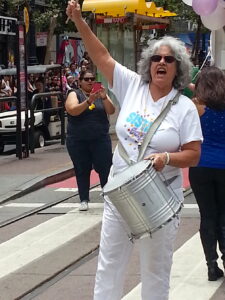 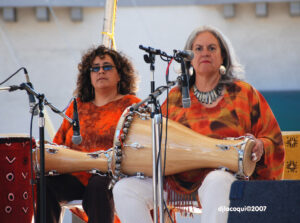 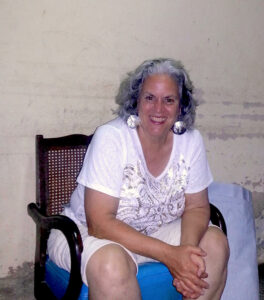 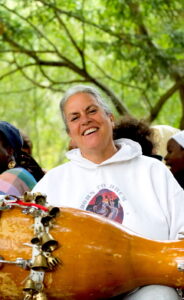