Rodney Church was born in South Central Los Angeles in August 1965, barely two weeks after the Watts Riots devastated the neighborhood and claimed 34 lives. Out of this troubled beginning, Rodney set out to discover and create a life that made sense for him as a black gay Angeleno.

The women in Rodney’s family – his mother, aunt, and grandmother – understood and accepted early on that Rodney was different. The men were less tolerant. Rodney carefully navigated the family waters, charting his own course. He attended public schools around South Los Angeles as well as El Camino College and Santa Monica College, focusing on marketing and psychology. But his passion was fashion. His aunt and grandmother took him on shopping sprees to Bullocks Wilshire and Robinsons in Beverly Hills, and together, they frequented the Ebony Fashion Fair Show at the Hollywood Palladium.

Rodney also took dance classes at the Third Street Dance Academy, and realized a dream come true by becoming an American Bandstand regular dancer from 1981-83, often getting selected for the Spotlight Dance.

By the time he hit his 20s, Rodney was a regular in the Los Angeles gay club scene, frequenting the Odyssey and Studio One in West Hollywood, and the legendary black disco Jewel’s Catch One on Pico Boulevard. He was an active volunteer with the Los Angeles LGBT Center, AIDS Project LA, Project Angel Food, the Minority AIDS Project, and HRC.

Rodney met his partner Jerry in 2007. Today, they live together in the Los Angeles suburb of Covina.

OUTWORDS sat down with Rodney at the Los Angeles home of his best friend Danny in April 2017. We were charmed by his vivid memories of roller skating down Hollywood Boulevard in ‘little satin short-shorts’ during his teen years. Life was not easy back then for a free-spirited black gay teen, and it’s not much easier now. But Rodney Church found a way to rise above, embrace his passions, and stay true to himself. 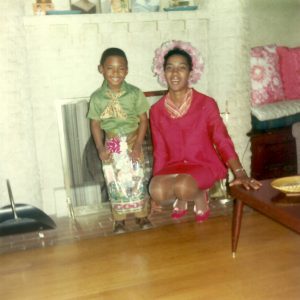 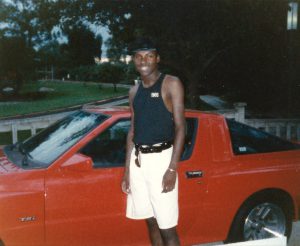 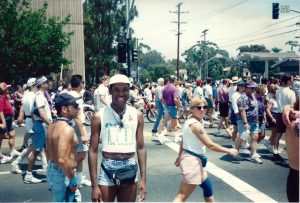 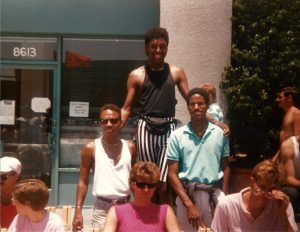 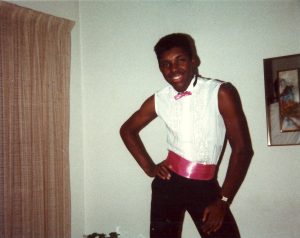 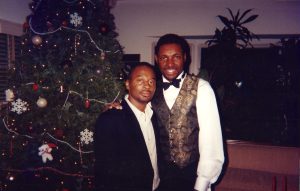 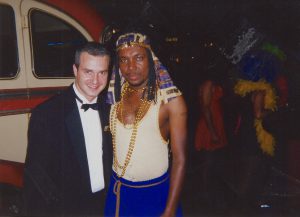 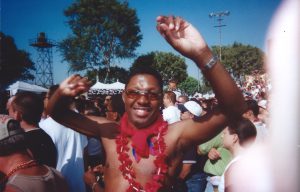 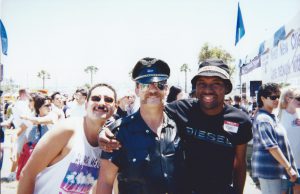