Corinne Sue Wick, today known as Corky, was born in 1935 in Milwaukee, Wisconsin into a large Jewish family. She went to the University of Wisconsin, married a future doctor, and soon had three sons. But when she and her husband ended up in the San Francisco Bay Area, Corky’s tidy existence unraveled. Much to Corky’s shame, her marriage fell apart. A second marriage also failed. Through these dark times, Corky began to find herself. She enrolled at San Francisco State University (a hotbed of radicalism in the late 60s and early 70s), helping to form America’s first women studies department, and gradually began to discover and make her own identity as a person, a woman, and a lesbian.

1978 was a pivotal year for the California gay movement. A ballot measure named the Brigg’s Initiative sought to ban gays and lesbians, and potentially anyone who supported them, from working in California public schools. A bevy of queer activists including Harvey Milk rose up against the measure under the slogan ‘Come out, come out, wherever you are!’

Corky heard the call, helped defeat the Brigg’s Initiative, and began looking for other ways to express her identity as a lesbian. She got involved at the new Women’s Building in San Francisco, creating programs for the community and for students, and began a 30-year teaching career at San Francisco State University and City College of San Francisco in the fields of women studies and speech & communications. Oftentimes on the first day of class, she introduced herself to her students as “the lesbian you’re supposed to meet when you go to college”.

Corky’s most enduring passion and pursuit was Mothertongue Feminist Theater Collective, which she helped start in 1976. Corky and other women collectively wrote “sweet and sour stories” about their experiences, reading the stories aloud to large and small groups around the Bay Area and beyond. To this day, in Corky’s words, “we are still alive and aging and writing”. 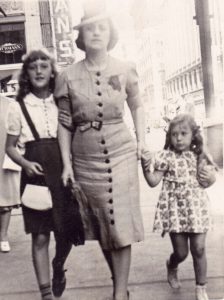 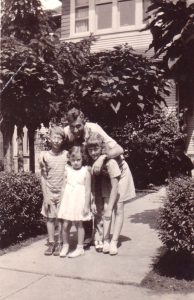 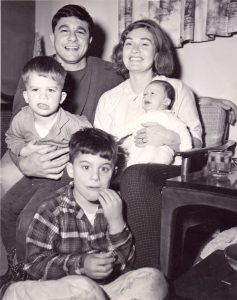 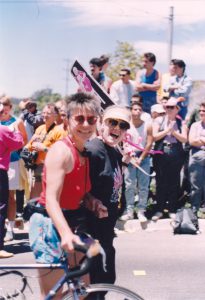 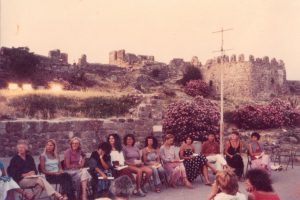 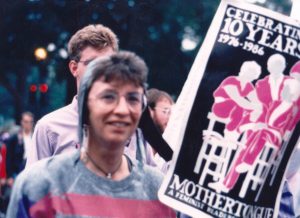 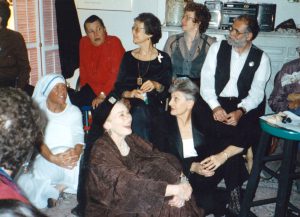 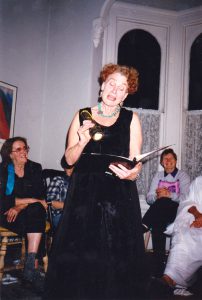 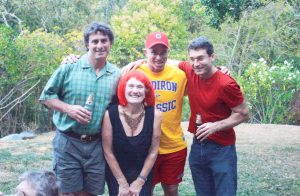 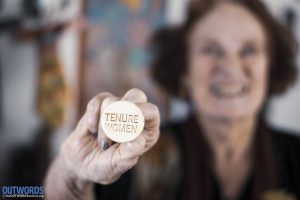