Sharon Day was born in 1951 in Northern Minnesota. Both of her parents were enrolled members of Bois Forte Band of Ojibwe. She grew up with her culture, but not her religion, since it was against federal law for Indigenous Americans to practice their religion until 1978. Throughout her life, Sharon has been an activist: against war, and in favor of women, LGBTQ people, indigenous Americans, and the life-sustaining, mystical powers of water.

After a fractured childhood, Sharon ended up in recovery for alcoholism at the age of 21, which led her to study chemical dependency and administration at the University of Minnesota. When her brother Michael tested positive for HIV in 1987, Sharon discovered the total lack of HIV education or prevention for Native Americans. In response, Sharon helped create what became the Indigenous People’s Task Force (IPTF), where Sharon has served as executive director since 1990.

In the spirit of Ojibwe tradition, whereby women are responsible for taking care of the water, Sharon has since 2011 led fifteen water walks to bring healing to the natural world, and attention to humanity’s destructive effect on the environment. She sees each water walk, which involves walking, praying and singing from the headwaters of a river to its mouth, as a spiritual journey in the name of love. In addition, Sharon is an artist, musician and writer. She edited the anthology, Sing! Whisper! Shout! Pray! Feminist Visions for a Just World.

In honor of her work and vision, Sharon has been honored with numerous awards such as the Red Ribbon award from the National Native American AIDS Prevention Resource, and the Alston Bannerman Fellowship Award to honor and support longtime activists of color. In 1988, the Governor of the Minnesota, along with the mayors of Minneapolis and St. Paul, proclaimed an entire day in Sharon’s honor.

OUTWORDS interviewed Sharon at the IPTF office during a heavy snowstorm – par for the course for native Minnesotans, but quite a thrill for our California team. At times, the interview had to wait for the sound of tree branches striking the window to subside. But Sharon kept us riveted with her quiet, powerful testimony to the healing powers of water, and with her call to honor our planet while there is still time. 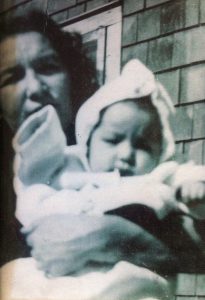 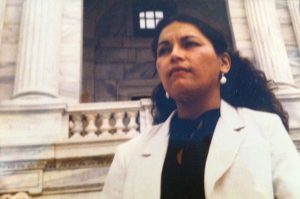 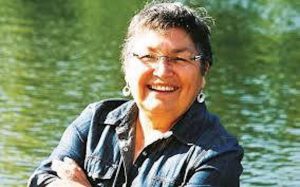 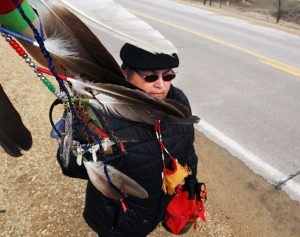