JD Doyle was born on September 24, 1947 in Salem, Ohio. Growing up, JD discovered a passion for chemistry, and later earned his degree in chemical engineering from Youngstown State University. Along the way, a couple of teachers inspired in JD a love for research and organization – passions which served JD well, enabling him to become one of America’s foremost chroniclers of queer culture.

Upon graduating from Youngstown State, JD took a job with the Eastman Kodak company in Rochester, NY. After growing tired of the brutal New York winters, he headed south to take a job in Norfolk, Virginia, where he discovered he was also tired of living in the closet. After discovering a gay group at the local Unitarian church, JD was soon editing a local gay newspaper, and busting up the highway with groups of friends to participate in the historic 1979 March on Washington for Lesbian and Gay Rights. Along the way, he figured out he wanted to live in a Southern city with a thriving gay scene. He set his sights on Houston, and moved there in 1981.

In Houston, JD got a ‘day job’ with the IRS, fielding complaints from disgruntled taxpayers. But he turned his off-hours passion to radio and music. After serving as guest host on a radio program called Lesbian & Gay Voices, JD was invited to present a regular one-hour segment called Queer Music Heritage. From this, in order to archive and share this programming, JD created the Queer Music Heritage website, which has since grown to 2000+ pages. JD also collaborated with the international radio magazine This Way Out to produce a series of segments called Audiofile, which broadcast for nine years, followed by OutRadio, a monthly internet show featuring nascent queer artists that JD produced from 2010-2015.

Somehow, JD wasn’t tired yet. In recent years, he created two more groundbreaking projects: Houston LGBT History, and the Texas Obituary Project, adding another 14,000+ pages of content found nowhere else. In 2015, he brought his extraordinary legacy together under the umbrella of the JD Doyle Archives – a place where, in JD’s words, ‘our queer history is woven together’.

OUTWORDS interviewed JD in his home office, which is lined with mementos from gay bars and music venues across America, and thousands of music cassette tapes, vinyl, 78s and CDs. In person, JD is low-key, laconic. He kind of shrugs off his work and accomplishments. He made it his goal to preserve one of the most important swaths of LGBTQ history – our music – and, almost singlehandedly, he has done it.
JD Doyle, c. 1949. JD Doyle, c. 1952. JD Doyle as mows the lawn. JD Doyle takes a mirror “selfie” in 1970. JD Doyle in the record room, 1977, Rochester, NY. TJ Jordan, JD Doyle (right), and Mike Mikela (seated) at the Texas Gay Rodeo, November 17, 1985. JD Doyle, 1987. L-R: Jeff and JD Doyle at Christmas, c. 1997. Portrait of (L) Jeff Pierce, (R) JD Doyle, and their dog Austin, circa 1996, Houston, TX. JD Doyle (standing) with Queer Voices radio hosts and all former grand marshals (L-R) Jack Valinski, Jennifer Pool, and Bryan Hlavinka. JD Doyle with fellow Audiofile radio producers Chris Wilson and CD Trentham, 2001. JD Doyle, c. 2012. JD Doyle with close friend Sara Fernandez. JD Doyle at the Orlando Pride Parade 2016 wearing a shirt he made, 2016, Orlando, FL. JD Doyle with dog Parker, October 29, 2016. 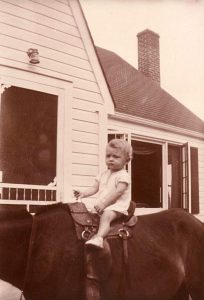 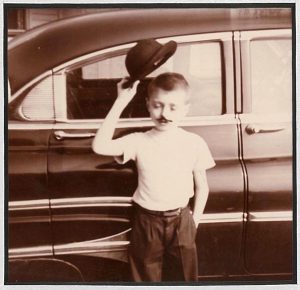 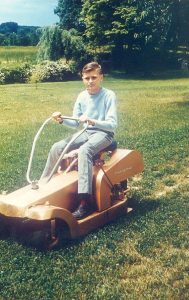 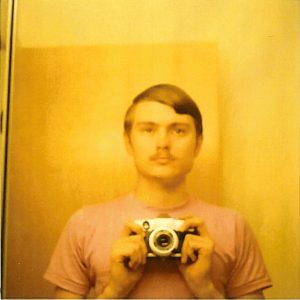 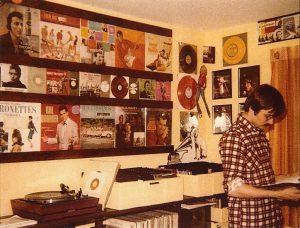 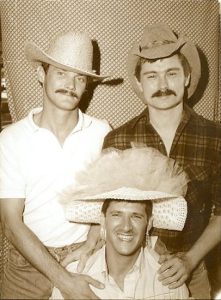 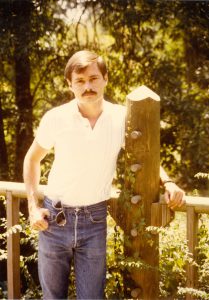 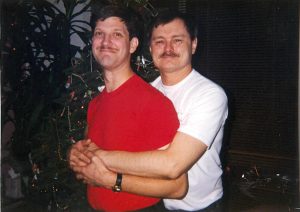 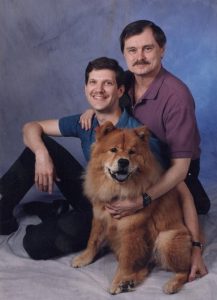 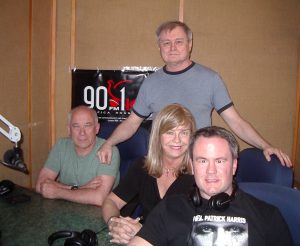 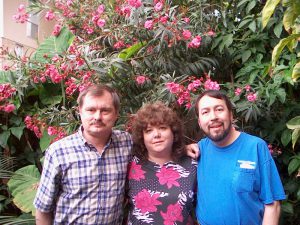 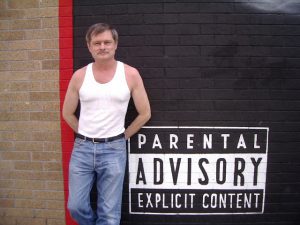 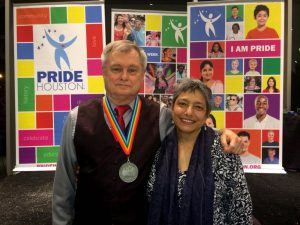 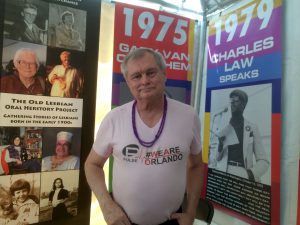 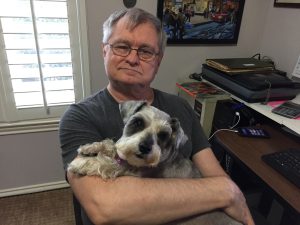