Doc Duhon was born in 1954 in Reno, Nevada. Two years later, Doc’s Cajun father moved the family to his home state of Louisiana. Doc’s mother struggled with addiction and mental health issues. His dad drank heavily and was gone a lot. Against this backdrop, Doc struggled to make sense of feeling different, especially given his perception that in his family, difference was dangerous.

In high school, Doc experimented with sex and drugs, carefully hiding his same-sex adventures. At 17, he left home for good to attend the University of Nevada Reno, but his drug and alcohol use spiraled out of control, and he dropped out. At 22, Doc got married. Five years later, his daughter Arielle was born. Arielle provided a much-needed focus for Doc, including the awareness that sooner or later, he would have to conquer his addictions. In 1988, at the age of 34, Doc took his last drink.

By this point, Doc had gotten divorced and come out of the closet in the midst of the burgeoning AIDS epidemic. He participated in many AIDS protests including a 1988 die-in at the California state capitol building in Sacramento. He managed to stay negative until 1991, when a broken condom changed his HIV status and the course of his life.

That same year, Doc met his life partner and now-husband James. From the beginning, Doc and James adopted a polyamorous lifestyle by integrating other stable love relationships into their partnership. In the meantime, Doc’s career took off. He became a leading energy efficiency expert for the utility PG&E, and served as the first chair of the California Commissioning Collaborative, a group dedicated to ensuring that high-efficiency buildings live up to their potential. In 2006, health issues related to Doc’s HIV+ status forced him to retire.

Today, Doc lives in Palm Springs, California. He enjoys a close relationship with Arielle, now 37. Doc is deeply involved in the leather and polyamory communities. He also mentors a large number of people in 12 Step Recovery programs, some of whom he has worked with for well over 15 years.

Doc was one of our very first OUTWORDS interviews, in June 2016. Heavily tattooed and pierced, he looks a bit like a pirate. But his gravelly voice is warm and vulnerable. Doc has made a conscious choice to live exactly as he pleases. For him, this has proven to be the only sure path to survival.
Doc Duhon, with dog Piñon, is closeted and and questioning, 1975, Reno, NV. Doc Duhon first learns of the kink/leather community as an entity during a trip to New York, 1977, New York Harbor, NY. Doc Duhon writes, “Closeted, married, and attracted to historically masculine and hyper-masculine activities and looks.” 1978, Sparks, NV. Doc Duhon bonds with 5-week-old daughter Arielle Duhon, November 1980, Lemon Valley, NV. Randy Adams (deceased) tattoos a left arm sleeve on Doc Duhon, 1985, Seattle, WA. Doc Duhon participates in an AIDS Activist March and Die-in, May 1988, Sacramento, CA. Doc Dohun and now husband James Moore are HIV+ partners, 1995, San Francisco, CA. 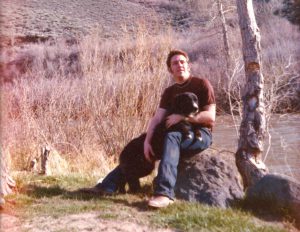 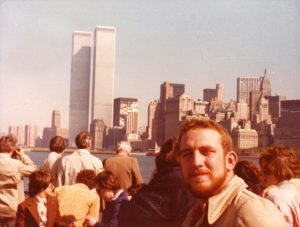 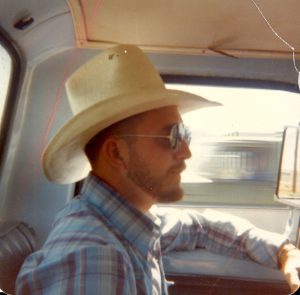 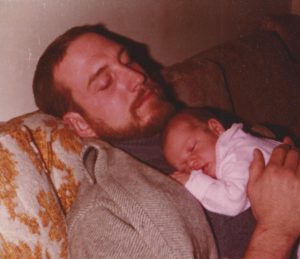 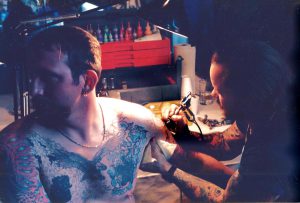 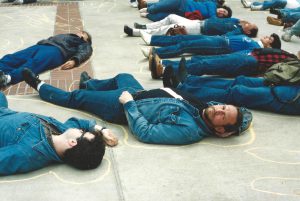 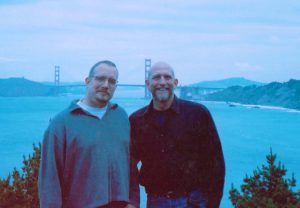