Advanced Search >
Jan Edwards was born on March 30, 1938 in Cleveland, the first of two daughters born to James Borgia, who was of Sicilian descent, and Jeanette Campbell, a red-headed Scotch-Irish woman. Jan’s sister Faye was born six years later while the Borgia family were living in Bay Village, a small town on Lake Erie. A born tomboy, Jan virtually lived outdoors, especially at the lake.
From an early age, Jan was a take-charge person, captaining street ball games and later serving as class and student council president. Because her mother was an invalid, Jan also took over the running of her family household, and became a second mother to her sister. During these years, she enjoyed being a spokesperson for others, a role she still values today.
As an undergraduate at the College of Wooster in Ohio, Jan majored in English and speech, with the intention of going into the ministry. She later changed her mind and became a teacher of English, theatre, history, music, psychology and women’s studies, as well as a school counselor in middle schools, high schools and colleges. She retired after a 42-year educational career in 2003.
In 1962, Jan married Jim Edwards, who had been a student of hers while she was a teaching assistant at the University of Illinois. Jim became an Air Force officer and pilot which eventually brought the couple to Fairfield, California. While there, Jan and Jim became parents to two children, Leah and Jay. Jim’s career flying fighters in Vietnam and Jan’s realization that she was a pacifist and a lesbian led to their divorce in 1975.
After a decade on her own, Jan began a 28-year relationship with a woman. At 75 years old, Jan left that relationship and struck out once again on her own. Looking back, she felt she had relinquished her prized voice in both her marriage and her long-term relationship. In what she describes as a strange twist of fate, Jan was subsequently diagnosed with a vocal tremor which makes it difficult for her to sing (a lifelong passion) and, at times, even to speak. “Note to self,” Jan says: “Don’t wait to speak.”
Today, Jan lives in Sonoma, California, where she is once again advocating for others as a hospice volunteer, and as chairperson of her church’s lay care ministry. Jan’s happiest times are spent with daughter Leah, son Jay and his husband Mason, and her granddog, Henri the Frenchie. Jan donned a bright orange blouse for her OUTWORDS interview, and when it came time to take her portrait afterwards, she joyfully hammed it up for the camera.
Jan Edwards as a young girl. Jan Edwards at 6 years. Jan Edwards before her Prom, 1955. Jan Edwards, president, in a portrait of the Bay High School Student Council, 1956. Jan Edwards with the Bay High School singing group, 1956. Jan Edwards at her High School graduation, 1956. Jan Edwards in a theatre photo, November 1959. Jan Edwards and her Dad, January 1962. Jim and Jan Edwards, 1963. Jan Edwards conducting the Officers' Wives Choral group, Choral Belles, 1967. "Jan Edwards as Mary Magdalene receives assistance from Charlotte Loftis (left), Lillie Theissen (right) and Emma Carlock (kneeling) during recent rehearsal of “The Upper Room”, January 1976." Jan Edwards (stage director) helps the Rev. Herbert Neale try on King Melchior’s crown. Jan Edwards team won first place, Fairfield Recreation Dept. Women’s “C” League, Aug 26, 1976. (front row L-R) Nancy Shimboff, Eva Lou Springer, Barbara Prechel, Cindy Grubbs, Milton Laurent (team mascot), Mary Kenridk, Barbara Washington (back row L-R) Charles Springer (coach), George Shimboff (coach), Ona Wright, Laura Zizi, Joann Nusbaum, Al Kenyon (sponsor), Annette Piatt, Jan Edwards, Pam Ross and Rich Ross (coach). Jan Edwards hugging her dogs, January 1987. Jan Edwards’ third and final home in Bay Village, 424 Juneway Dr. Leah in photo, 1989. Jan Edwards, head counselor, as Morticia of The Addams Family on Halloween, 1995. Jan Edwards at her 60th Birthday, 1998. Jan Edwards at her 60th Birthday, 1998. Jan Edwards, January 2000. 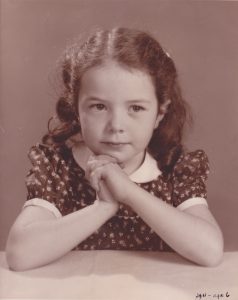 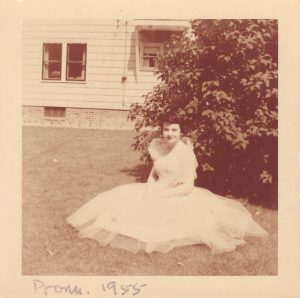 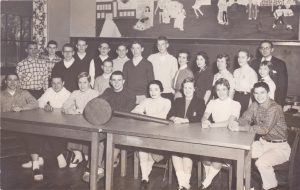 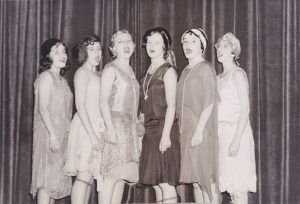 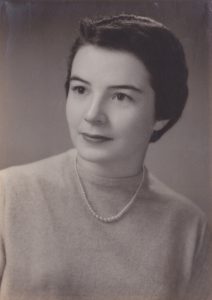 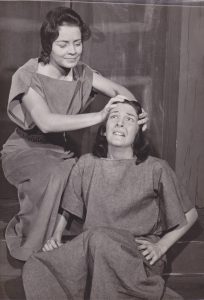 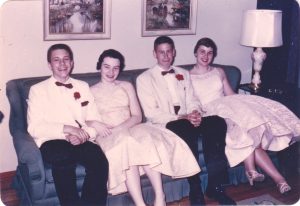 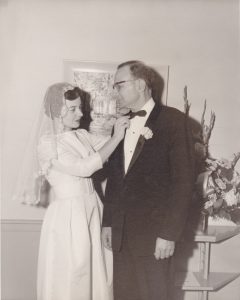 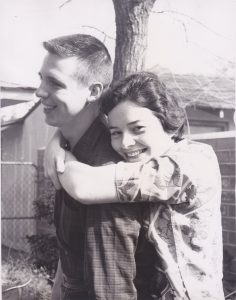 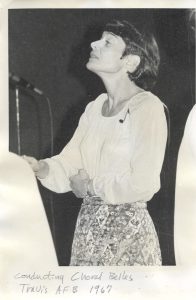 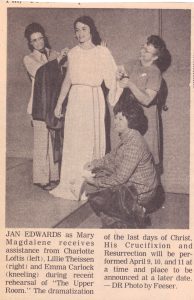 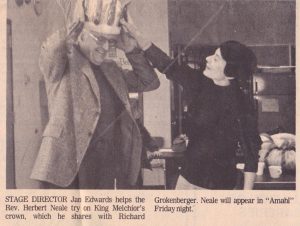 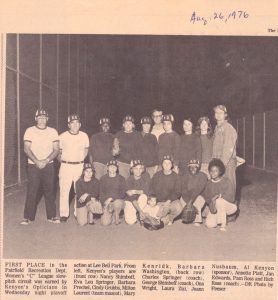 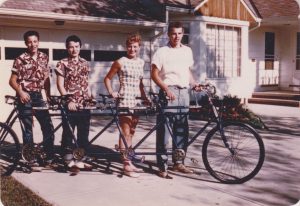 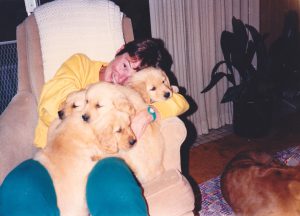 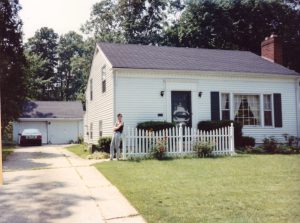 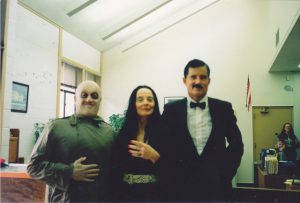 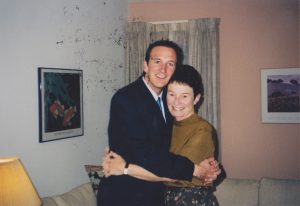 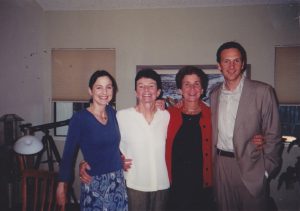 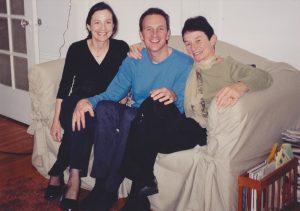