Ladyboy Gigi was born in 1955 in Houston, Texas. At birth, Gigi’s genitalia did not fit the standard definitions for male or female bodies (a condition known as being intersex or a hermaphrodite). Within days, Gigi’s anatomy was “normalized” via surgery, and Gigi was defined as male. Today, Gigi identifies as intersex, and uses the title Ladyboy to offset the lack of pronouns for hermaphrodites. At Gigi’s suggestion, we’ve used both male and female pronouns in this brief bio to tell the story of Gigi’s extraordinary life.

Growing up, Gigi struggled with the strict gender roles forced upon her by family, coaches, and classmates. She also suffered from severe learning disabilities. Told she would never go to college, Gigi worked stringing barbed wire on ranches in north and east Texas, until a fellow ranch hand convinced Gigi to give college a shot. Despite being forced to take a foreign language, something experts said would be impossible for Gigi, she graduated with a BA in Philosophy, and later earned a master’s degree in social work.

During college, Gigi finally understood that she was intersex. Armed with this new knowledge, Gigi decided it was time to come out, all the way, as dyslexic, ADHD, intersex, and bisexual. Since then, Ladyboy Gigi has been an outspoken activist for the bisexual and intersex communities. After co-producing AfterHours, a radio program about human sexuality, Ladyboy Gigi created an iTunes podcast called Adult Bedtime Stories to help create a more sex-positive world through adult sexual education and BDSM performance art. Gigi has also served on BiNet USA’s board of directors, and helped established Celebrate Bisexuality Day in 1999. That year, Ladyboy Gigi was awarded the AIB Globe Award for outstanding service to the bisexual community worldwide.

In June 2017, the OUTWORDS interview team drove down a quiet lane with no sidewalks in semi-rural northwest Houston, arriving at the house Gigi shares with his partner J. After scouting the home for a suitable interview spot, Gigi suggested we shoot in her sex temple, a standalone, soundproof structure out back. It was the right choice – because while Gigi’s temple, and Gigi’s life as a whole, are unfamiliar terrain for most of the LGBTQ community, they deserve to be witnessed, understood, appreciated and shared. 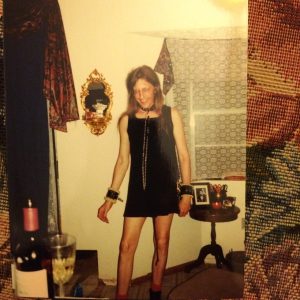 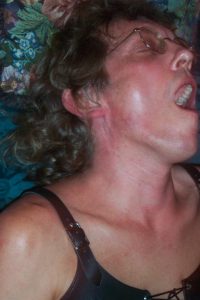 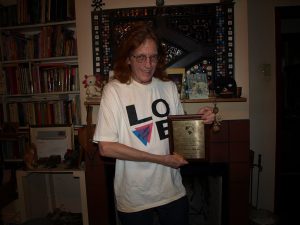 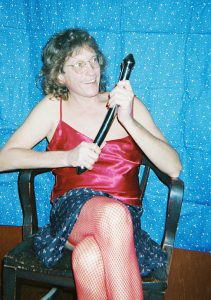 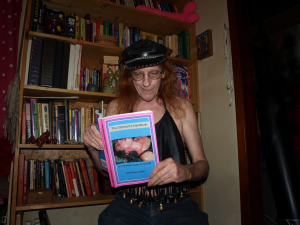 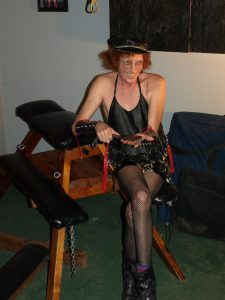 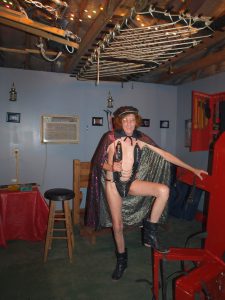 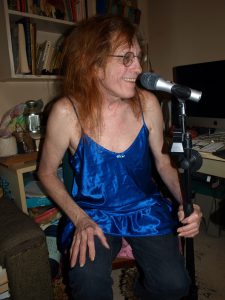 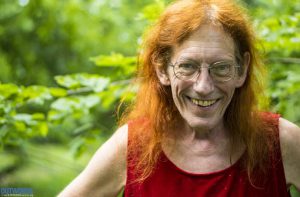