Ginny Berson was born on April 25, 1946 in Hartford, Connecticut. She attended college in Massachusetts where she began developing her personal political identity through the anti-Vietnam War movement. After graduating, she volunteered for the Peace Corps in Panama for two years and came out as a lesbian.

Ginny then moved to Washington DC, where she attended her first women’s liberation meeting in 1970. Thrilled to be in a room full of women debating capitalism and the patriarchy, Ginny began realizing the collective power of women. That summer, her job at the Hard Times newspaper sent her to travel to write about the women’s liberation movement and La Raza Movement, the fight for Mexican American farm workers’ rights. After visiting feminists and activists across the country, Ginny submitted her La Raza story, but couldn’t bring herself to write about the women’s liberation movement. She didn’t want to write something so deeply personal and political for the newspaper’s primarily male readership, and ended up leaving her job to devote her work to women.

Ginny spent some time living in the Women’s House commune, where she fondly recalls housing anti-war and Black Panther Party activists visiting DC and making monthly stoned group trips to the laundromat. Ginny then joined the Furies collective, a lesbian separatist and feminist newspaper. On top of producing 10 issues of the paper, the Furies pooled their income and shared houses and cars. Ginny spent every day riding her motorcycle to teach five classes of Spanish, then coming home to read newspapers, write articles, and attend meetings. Her life was “consumed with building this vanguard party that we saw ourselves as” by producing the paper to strengthen the lesbian feminist movement.

After The Furies, Ginny continued collective living when she started Olivia Records, a feminist music record label. In 1973, she moved to Los Angeles to live in a house with five other women, where they practiced equal wages, collective decision making, and open financial records. The women were determined to produce music while living out the collective they envisioned society should become. Ginny’s romantic relationship with one of her co-founders, Meg Christian, was also a driving force of Olivia Records – for better and worse.

Olivia Records promoted lesbian artists and women of color and partnered with women’s bookstores around the Bay Area. But over time, it became increasingly difficult to stick with their founding principles: for instance, they chose to do a joint ad with a non-woman owned record store for marketing success. In a capitalist society, Ginny realized that staying with Olivia Records meant choosing between a successful business or a political vision. Choosing the latter, she left Olivia Records.

In her OUTWORDS interview, Ginny critiques how Olivia Records was started by all white women, applying what she has since learned about race to grapple with important questions of representing women of color. Her life after Olivia Records has been rich, from the unexpected romance with her current partner Jackie to penning her book Olivia on the Record: A Radical Experiment in Women’s Music. As a treat, Ginny reads us a passage that she co-wrote for the Olivia Records’ album Lesbian Concentrate, where she defines lesbian as a woman who “will say yes to her own strength, and yes to her own liberation.” 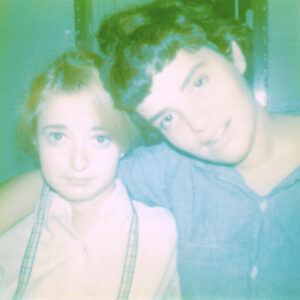 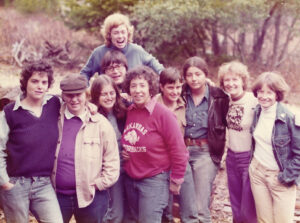 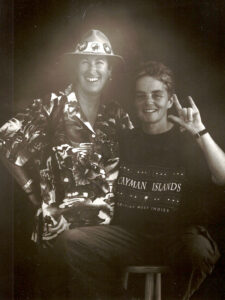 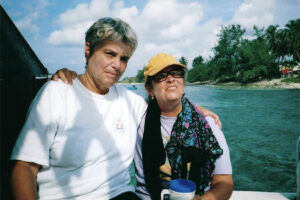 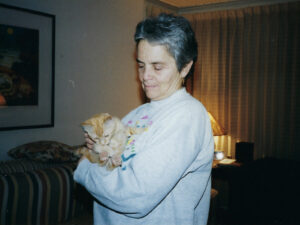 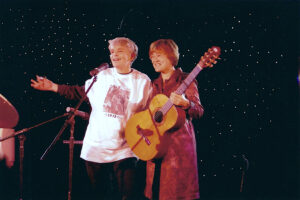 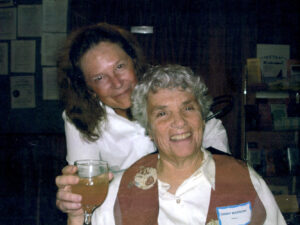