Advanced Search >
Jamison Green was born in Oakland, California, on November 8, 1948, and designated female at birth. Thus, when he was adopted at one month old, his parents assumed they were adopting a daughter. But by age two, Jamison was refusing to wear dresses. Thankfully, his parents’ unconditional love helped him endure the ridicule of peers who poked fun at his masculine ways. In the meantime, Jamison (the name he took for himself in high school) accomplished a wide variety of firsts: first female-bodied person to climb the ropes in the boys’ gym, to take wood shop, to join his high school ski team, and to work as a construction cable splicer with Pacific Northwest Bell.
While in college, Jamison came out as lesbian. In the early 1980s, at the dawn of the “lesbian baby boom,” Jamison and his then-partner selected a sperm donor, and his partner gave birth to two children. However, by his mid-30’s, Jamison had finally reached the conclusion that he “was never going to grow up to be a woman.” In his early 40s, he was able finally and fully to transition to his male identity. Before these years, to support his career as a writer and activist, Jamison worked as a technical writer and publications manager for high-technology companies.
During the 1990s, Jamison became known both in the U.S. and abroad for his transgender activism. He developed a local San Francisco support group for transgender men into a global organization and, in 1994, wrote the San Francisco Human Rights Commission’s report on discrimination against transgender people. In 2007, he founded a transgender training and policy consulting group for business, education and government. He also published his prize-winning book Becoming a Visible Man, which has become a classic text, informing and inspiring trans and cis people worldwide.
Jamison’s devotion to education and policymaking to improve transgender lives has resulted in widespread media and film appearances and earned him numerous awards. In 2009, the Association of Gay and Lesbian Psychiatrists recognized Jamison with their Distinguished Service Award, making him the first transgender person to be thus honored. From 2014-2016, Jamison served as the second transgender person to be elected president of the World Professional Association for Transgender Health (WPATH).
An insatiable scholar and learner, Jamison earned his Ph.D. in Equalities Law (with a transgender focus) from Manchester Metropolitan University (England) in 2011, becoming only the eighth person in the world to receive this degree. Today, Jamison lives in the Pacific Northwest with his wife, Heidi. He enjoys writing, traveling, high-country backpacking, movie-going, and spending time with his adult children and other family members and friends.
Jamison at age 3-4 years. Jamison at eight-years-old in the Peter Pan outfit his mother made for him, 1957. Jamison backpacking in Yosemite at age 14; trout proudly caught with a spool of leader and a mosquito fly, 1963. Jamison at age 23 — just out of college (BA & MFA in English/writing) and showing his confidence (hence the mocking “caption”), 1972. Jamison with his daughter on a camping trip; pre-transition, but “definitely thinking about it,” 1986. Before and After: two passport photos, taken in the same studio. Left: age 33-34; right: 40-41 after one year of hormones and living as a male. Jamison with his daughter, she’s about 6, and he’s 41. Jamison backpacking the length of the John Muir Trail at age 43 in 1992. Drinking espresso in a tiny, hole-in-the-wall coffee store in Venice, Italy, about 1992. Jamison was the first trans man to speak from the main stage at San Francisco Pride in 2000 (viewable on YouTube); there were 750,000 people in the audience. Jamison performing at the Cabaret at Fantasia Fair (world’s longest running transgender conference) in Provincetown, MA, about 2002. 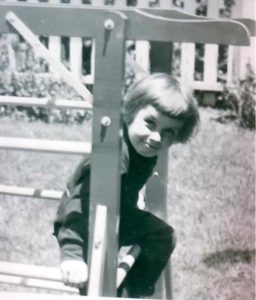 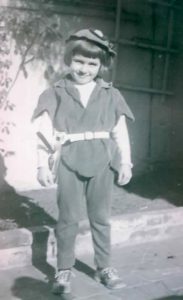 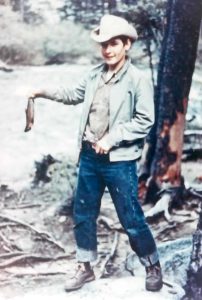 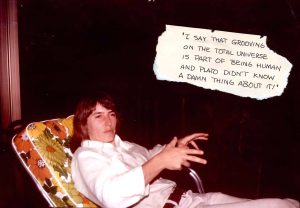 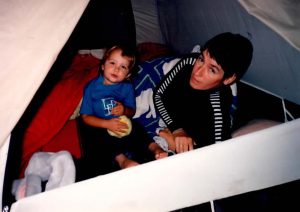 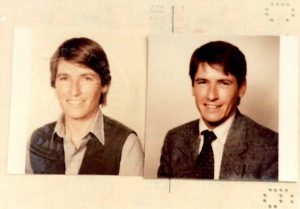 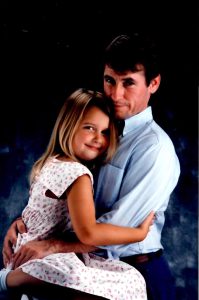 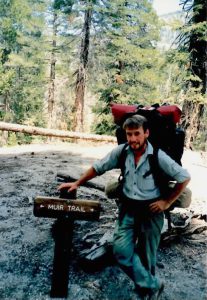 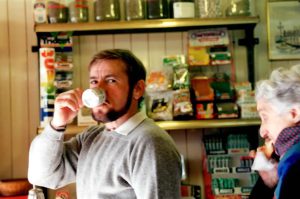 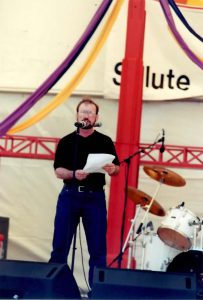 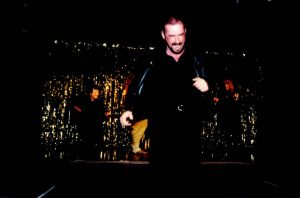