Advanced Search >
Gary “Buz” Hermes was born on January 11, 1939 in Napa, California – not the global wine destination of today, but a small, conservative farming community. Taboo topics like homosexuality were rarely mentioned, much less talked about, and Buz remembers feeling different from everyone around him, and not understanding why.
In his 20s, Buz escaped to San Francisco. It was the 1960s, a time of enormous social and sexual upheaval. Buz began to explore gay culture, but still struggled to make peace with the beliefs he had ingested: that homosexuality was a sin, a crime, and a mental illness. Forced to come out to his hometown draft board in 1961, Buz was ordered to register with the police as a sex offender. He managed to evade this fate – but in 1967, after being attacked by young thugs wielding a BB-filled sock, he fled San Francisco for Mendocino County to heal, and find his way forward.
By his 40s, Buz had finally started to be comfortable with himself. By this point, he had earned a Master’s degree in Leadership and Humanities from New College of California, and encountered the Church of Religious Science, a safe haven for his spiritual growth. In 1987, in the midst of the AIDS epidemic, Buz started a gay forum at the Golden Gate Center for Spiritual Living. For several years after that, he served as program coordinator for Kairos House, founded by Father John McGrann, which provided spiritual and practical support to caregivers of people with AIDS.
In recent years, Buz has turned his efforts to supporting LGBTQ elders, especially in their quest for respectful care within a health industry that can be daunting at best, and hostile at worst, for queer people. He also created a course called Aging Gayfully, which he teaches in and around Sonoma County, California.
OUTWORDS interviewed Buz in the Spring of 2017 at his lovingly decorated mobile home in the town of Sonoma. Around Buz’s home thrive lush flowers and shrubs, which Buz carefully tends and nurtures. Just 13 miles from the town of Napa, where Buz grew up and endured deep fear and self-persecution, Buz has created a place to peacefully enjoy the last chapter of his life.
Gary “Buz” Hermes and his younger brother wearing altar boy attire in front of Episcopal Church, 1951, Napa, CA. Gary remarks: “When I look back, I realize how much I loved the altar boy drag!” Gary “Buz” Hermes yearbook photo at the age of 17 for Napa High School, 1956, Napa, CA. Gary remarks: “I was so shy and confused about what I was. I thought I was a “mistake” and tried to preserve my self-esteem by getting good grades.” Gary “Buz” Hermes, at the age or 36, celebrating Halloween at a local gay bar, 1975, Marin County, CA. This was Gary’s first (and last) attempt at drag. Gary “Buz” Hermes, at the age of 60, 1999, Marin County, CA. Gary remarks: “My straight-acting nerdy side made me a natural for fitting into bureaucratic settings. Sometimes even a well-decorated cubicle functions as a closet!” At the age of 70, Gary “Buz” Hermes attended an international retreat on aging, 2009, Italy. This is where he proudly claimed his identity and power as a “Gay Elder.” At the age of 70, Gary “Buz” Hermes attended an international retreat on aging, 2009, Italy. At the age of 76, Gary “Buz” Hermes partakes in a July 4th parade where he was cheered on and celebrated for being a LGBT Senior, 2015, Sonoma, CA. At the age of 79, Gary “Buz” Hermes celebrating the life of José Sarria, 2018, Santa Rosa, CA. Gary remarks: “José Sarria was a drag performer and activist in 1960’s San Francisco who inspired me to accept myself, by including an image of him in our regional Pride parade.” Posters of “LGBT heroes”, from our past, created by Gary “Buz” Hermes, 2018, Santa Rosa, CA. Gary remarks: “I made these posters honoring our past LGBT activists to be carried by LGBT elders participating in our regional Pride Parade. I led the contingent that year and the following year I was honored as “senior ambassador.” I owe my journey from shame to pride to those courageous pioneers who paved the way for me!” 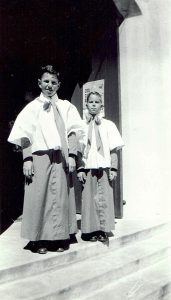 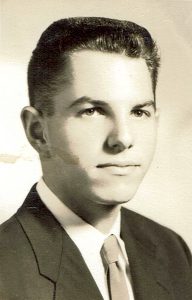 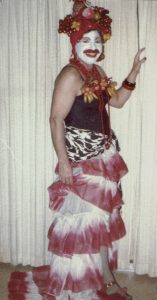 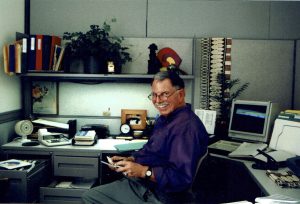 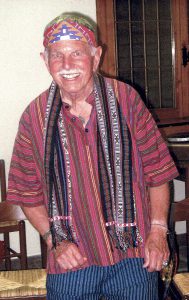 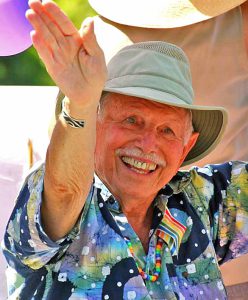 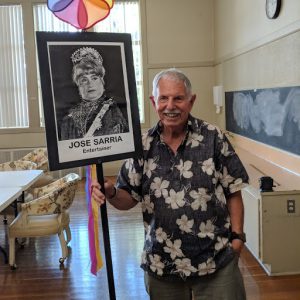 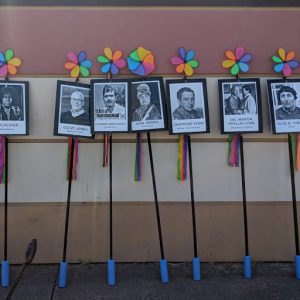 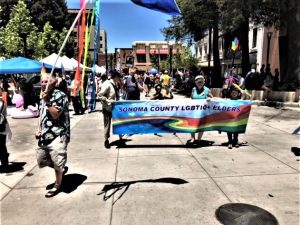