Born on August 13, 1950 in Chicago, Illinois. Col. (IL) Jennifer Natalya Pritzker is a retired Lieutenant Colonel of the United States Army, as well as an historian, businesswoman, investor, developer, and philanthropist.

In 1973, Col. Pritzker participated in a work study program called “Ulpan” in Israel. While in Israel, Col. Pritzker witnessed the beginnings of the Yom Kippur War firsthand. Inspired to fight, but lacking the necessary training and qualifications, she enlisted in the US Army, where she served with the 82nd Airborne Division. Col. Pritzker served with the 101st Airborne Division and VII Corps in Germany as Captain. After leaving active duty in 1985, she continued to serve in the U.S. Army Reserve and the Illinois Army National Guard until her retirement in March 2001 at the rank of Lieutenant Colonel. Upon her retirement, Col. Pritzker was awarded multiple military awards and qualifications, including the Meritorious Service Medal, Army Commendation Medal with Oak Leaf Cluster, Army Achievement Medal with Oak Leaf Cluster, Antarctica Service Medal, and State of Louisiana Legion of Merit. She obtained multiple qualifications such as the U.S Army Air Assault Badge and U.S. Army Parachute Badge as well as parachute badges from Israel, Russia, Canada, Poland, the Netherlands, and the United Kingdom. In 2016, she was awarded The Department of Defense Spirit of Hope Award for her dedication to the men and women of the Armed Services of the United States and their families.

One of Col. Pritzker’s proudest moments was serving as company commander for the Illinois National Guard Unit, where she successfully increased company strength and morale throughout the unit.  Many of the soldiers in her company went on to become sergeants and officers. Between 2000 and 2008, she participated in four expeditions to Antarctica with astronauts Dr. Owen Garriot and Captain James Lovell, along with microbiologist Dr. Birgit Sattler, the first Austrian woman to visit the South Pole.

In 1994, Col. Pritzker founded TAWANI Enterprises, a visionary umbrella organization with a private equity portfolio consisting of startup and mature innovative companies in various industries, as well as nonprofit interests through foundation work and military history and education organizations. The name TAWANI was created using an anagram combining the letters from her children’s first names—Tal, William, and Andrew.

In 2003, Jennifer founded the Pritzker Military Museum and Library to promote and preserve the stories of citizens and soldiers, individuals who continually apply the lessons of service to strengthen civilian life. She has, herself, served as a dedicated soldier for countless causes focused on improving the lives and wellbeing of her nation and its citizens.

In 2007, Col. Pritzker received an Honorary Doctorate of Military Science from Norwich University in Northfield, VT. Norwich subsequently honored Col. Pritzker in 2019, during its bicentennial commemorations, as one of the 78 most influential individuals in the University’s second century.

Col. Pritzker’s legacy is firmly established and will continue to resonate and ripple outwards long after her time of individual service is complete. 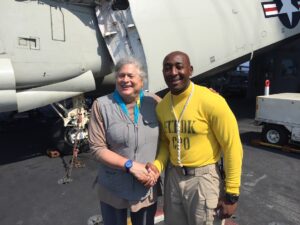 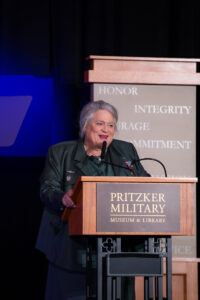 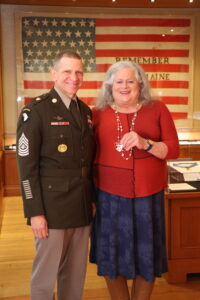 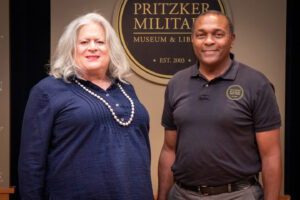