Advanced Search >
Fenton Johnson was born in Kentucky in 1953, the youngest of nine children in a bourbon-making family. His parents named him after a monk at the nearby Trappist Abbey of Gethsemani, and from early childhood, Fenton was drawn to a life of the soul. He was also raised on the power of storytelling to captivate a room, and possibly change the world.
After high school, Fenton landed a scholarship to attend Stanford University in faraway, exotic California. Fenton earned his BA in English at Stanford, and an MFA in creative writing at the Iowa Writers Workshop.
Much of Fenton’s writing grapples with the slow-motion cataclysm of the AIDS epidemic, especially during the 1980s.  His novel Scissors, Paper, Rock was among the first novels to present openly gay characters, and to deal with AIDS in rural America. For Fenton, the epidemic became more personal when his partner Larry Rose died of AIDS in 1990. Fenton explored his and Larry’s love in his award-winning memoir Geography of the Heart. Fenton’s prologue to that work was the first affirmative presentation of a gay relationship published in the New York Times Magazine. In Keeping Faith: A Skeptic’s Journey among Christian and Buddhist Monks, Fenton described his experiences living in community at the Gethsemani Abbey and among Buddhists at various branches of the San Francisco Zen Center.  Fenton’s 2015 essay Going It Alone: The Dignity and Challenge of Solitude (Harper’s) pondered the contemplative life, and what it means to be single and celibate in middle age. In 2018, Harper’s published Fenton’s essay The Future of Queer: A Manifesto, in which Fenton suggests that gay marriage has robbed gay culture it of its power to challenge cookie-cutter societal expectations and norms. Rather than assimilate through marriage, Fenton proposes friendship as a foundation for celebrating queerness and difference.
The author of six books and numerous essays, short stories, articles, editorials, and radio commentaries, Fenton has been a professor of English at the University of Arizona in Tucson since 2000.  He is the recipient of a Guggenheim Fellowship as well as fellowships in fiction and creative nonfiction from the National Endowment for the Arts. In addition to Harper’s, his writing has appeared in the New York Times Magazine, the Los Angeles Times, Mother Jones, Tikkun, and many other publications, as well as on National Public Radio.
OUTWORDS interviewed Fenton at his Tucson home on a cool morning in February 2018. His low-slung adobe cottage felt like a writer’s retreat. Books everywhere, lovingly and tidily organized. It was immediately apparent that a lot of silence happens there. For some 30 years, Fenton has helped keep our queer consciousness alive, asking the pointed questions we’ll need to stay alive into the future.
Fenton's first birthday cake was made by Brother Fintan, aka Edward Francis Dwyer, after whom Fenton Johnson was named -- his mother misspelled his name on the birth certificate. Brother Clement (John Dorsey, his other namesake) is on the left, Brother Fintan on the right. Fenton's fourth or fifth birthday -- cake made by Brother Fintan. A copy of the letter from the Nelson County Selective Service board setting the date of Fenton's conscientious objector hearing in summer, 1972. Fenton Johnson in the year he graduated from Stanford, 1975. Fenton and his mother, Nancy Johnson Head, in front of the Sherwood Inn, 1988. Fenton shares, "The family tavern / erstwhile hotel in New Haven, Kentucky, founded by my great-grandfather, a former Union soldier, in 1875." A photo of Fenton's deceased partner Larry Rose, taken in the mid-1980s (right before they met) in the Gare du Nord in Paris. The photo was used as the frontispiece for Fenton's novel "Geography of the Heart." Larry Rose and Fenton Johnson, Place des Vosges, Paris, 1988. A photo from the travels of Larry and Fenton. Larry Rose, Fenton Johnson, and baby Lucas. Larry Rose and Fenton Johnson. A publicity photo taken by a photographer commissioned by the Lexington Herald-Leader to run with a full-length profile. Fenton ruminates, "Can you believe they paid a photographer to come all the way to SF to take this shot? Those days are long gone. Twenty-two years gone, to be exact." Fenton Johnson above San Francisco, CA, 1996. Fenton Johnson, San Francisco, 2005. Photo credit: Pedro Robredo. 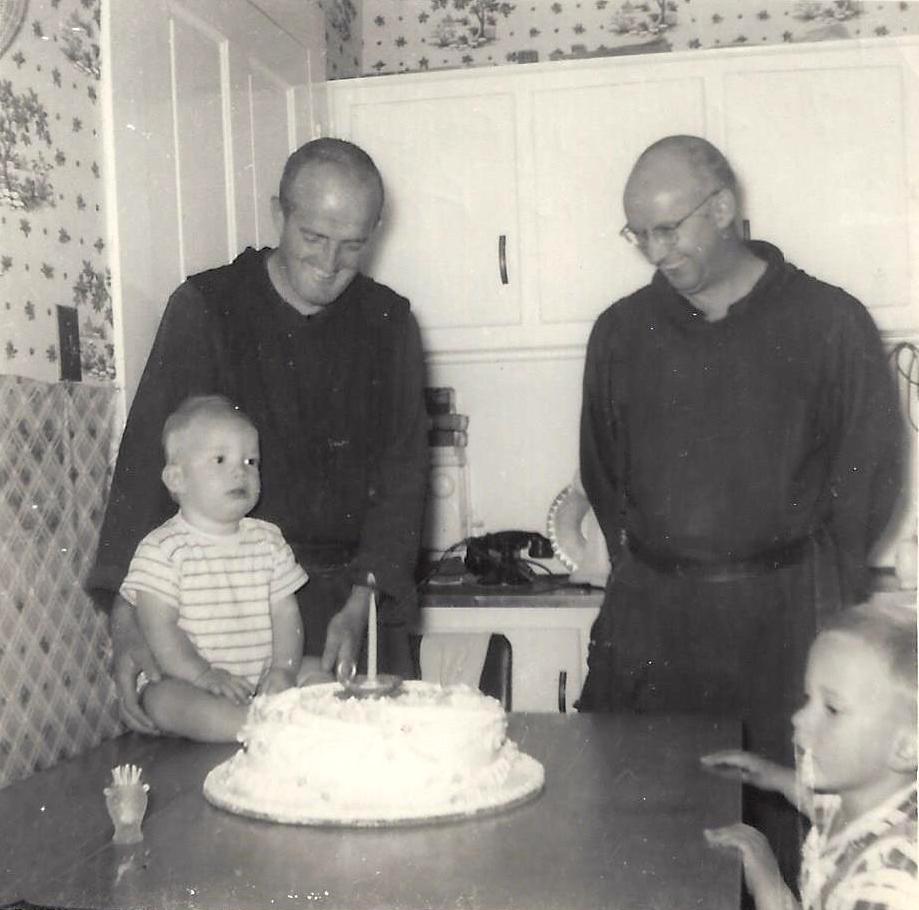 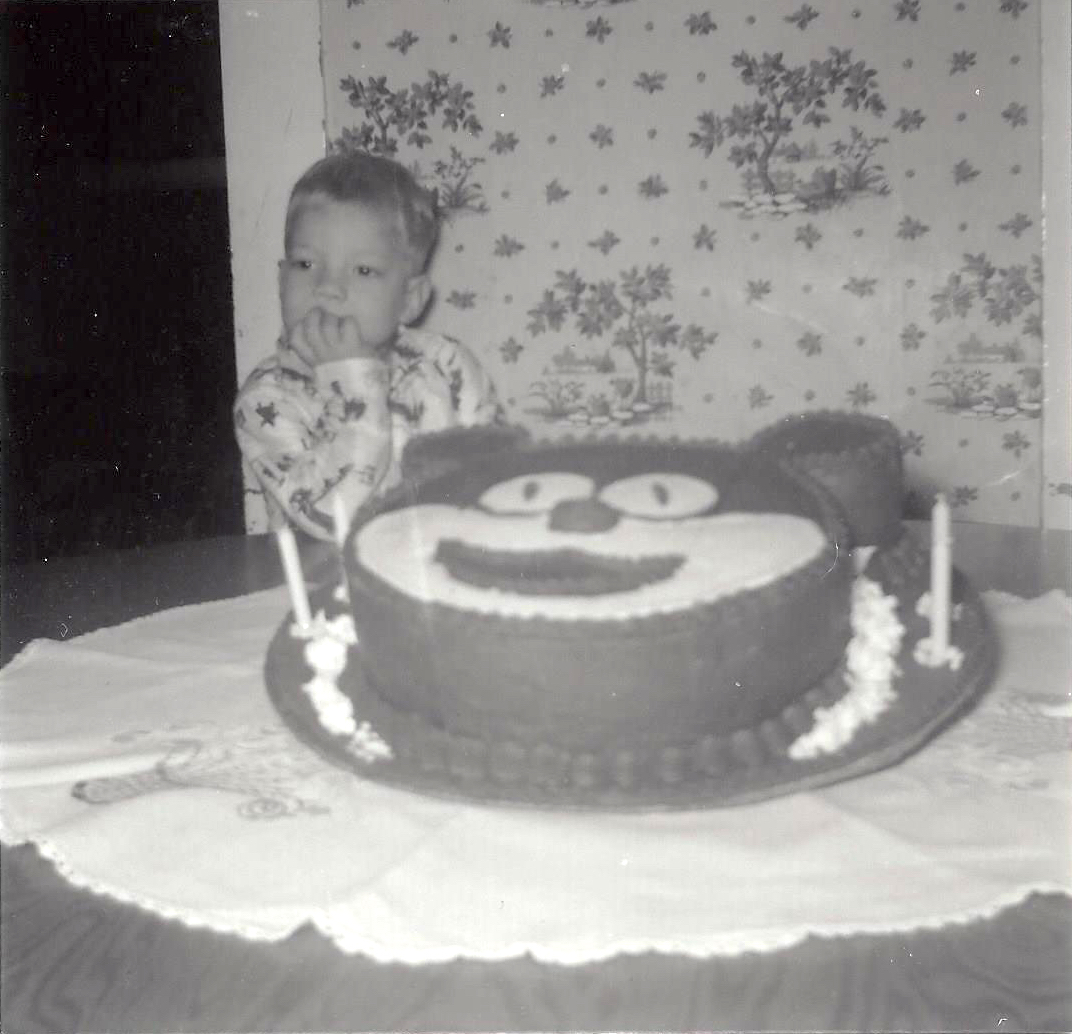 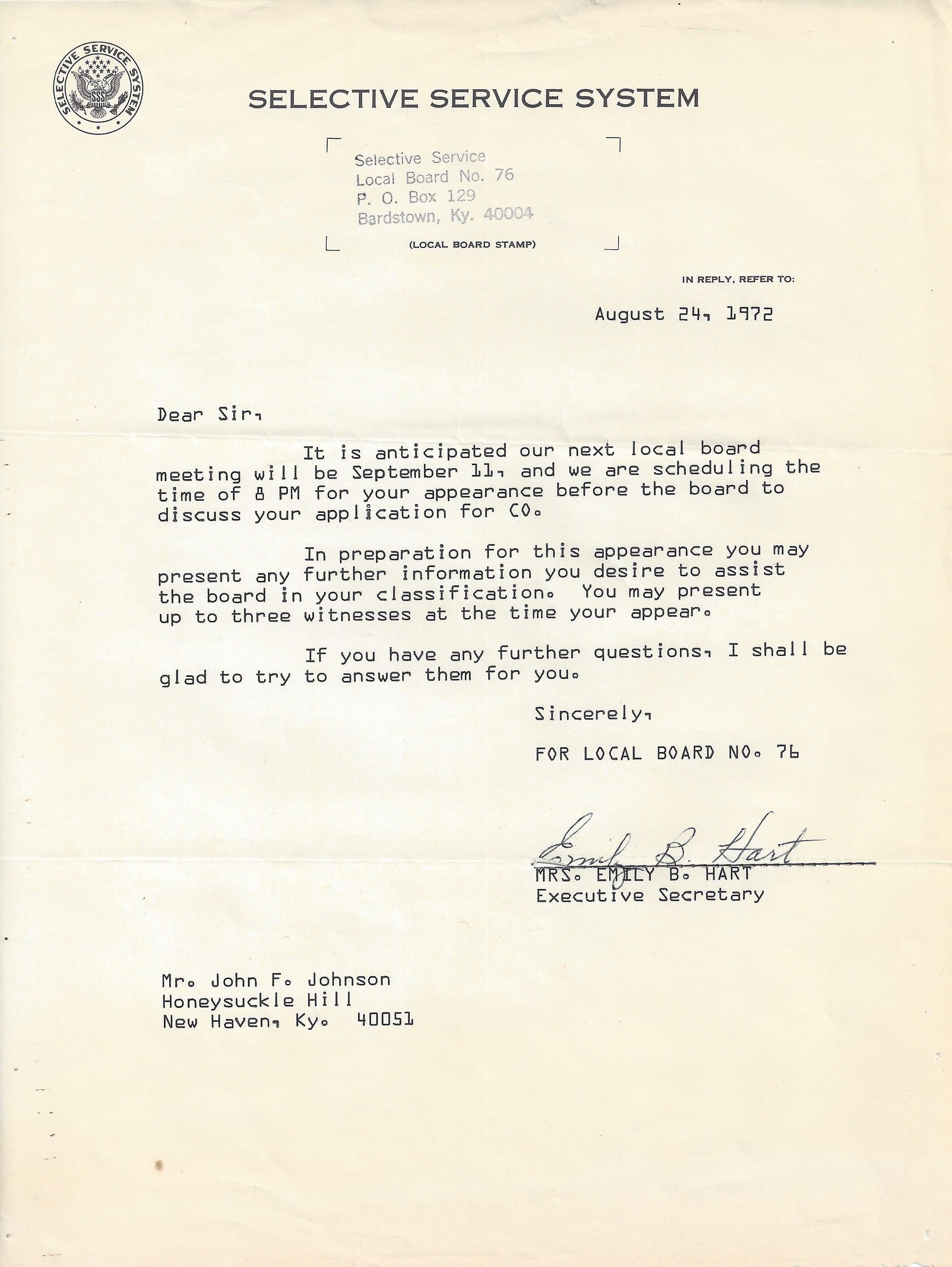 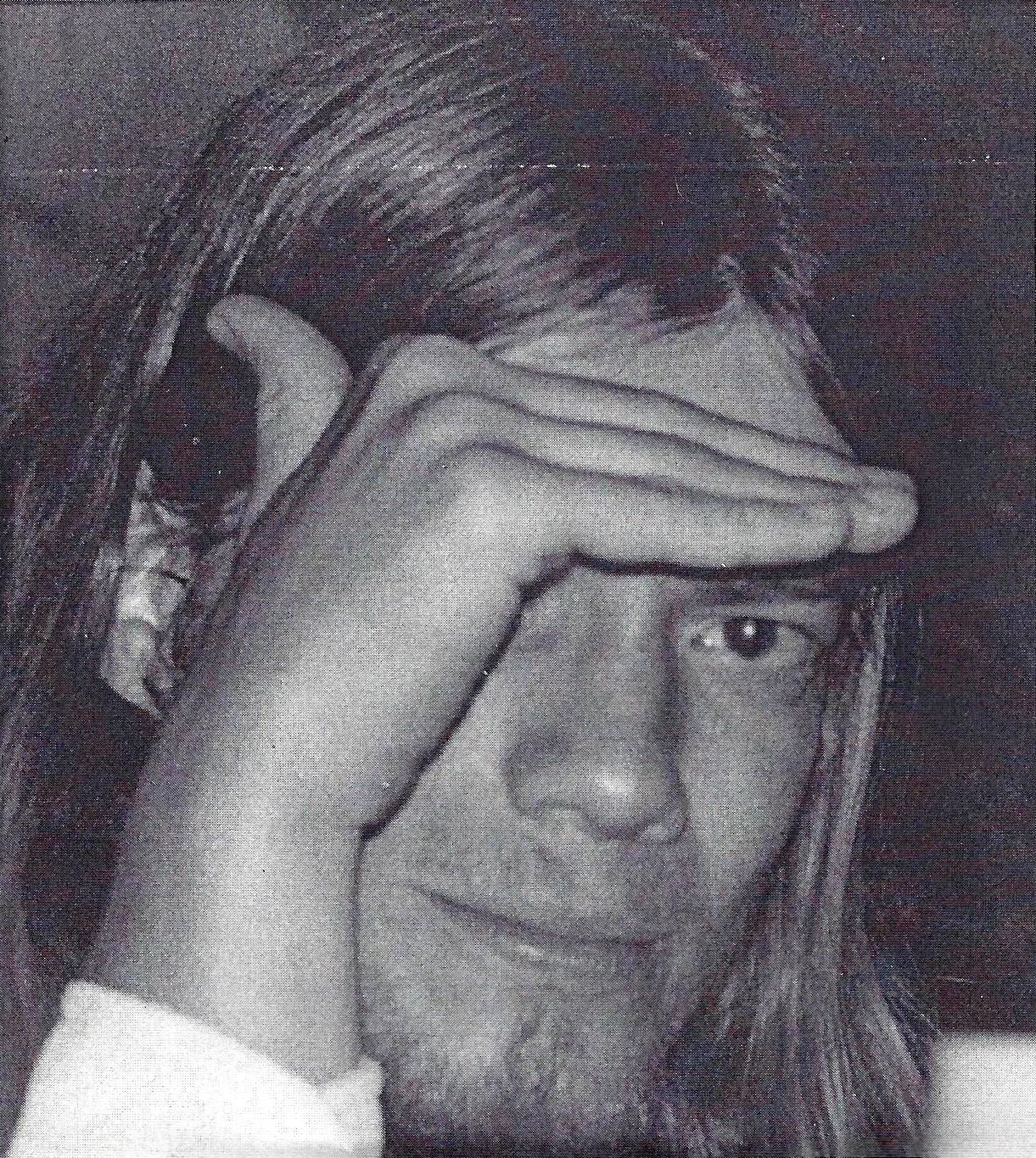 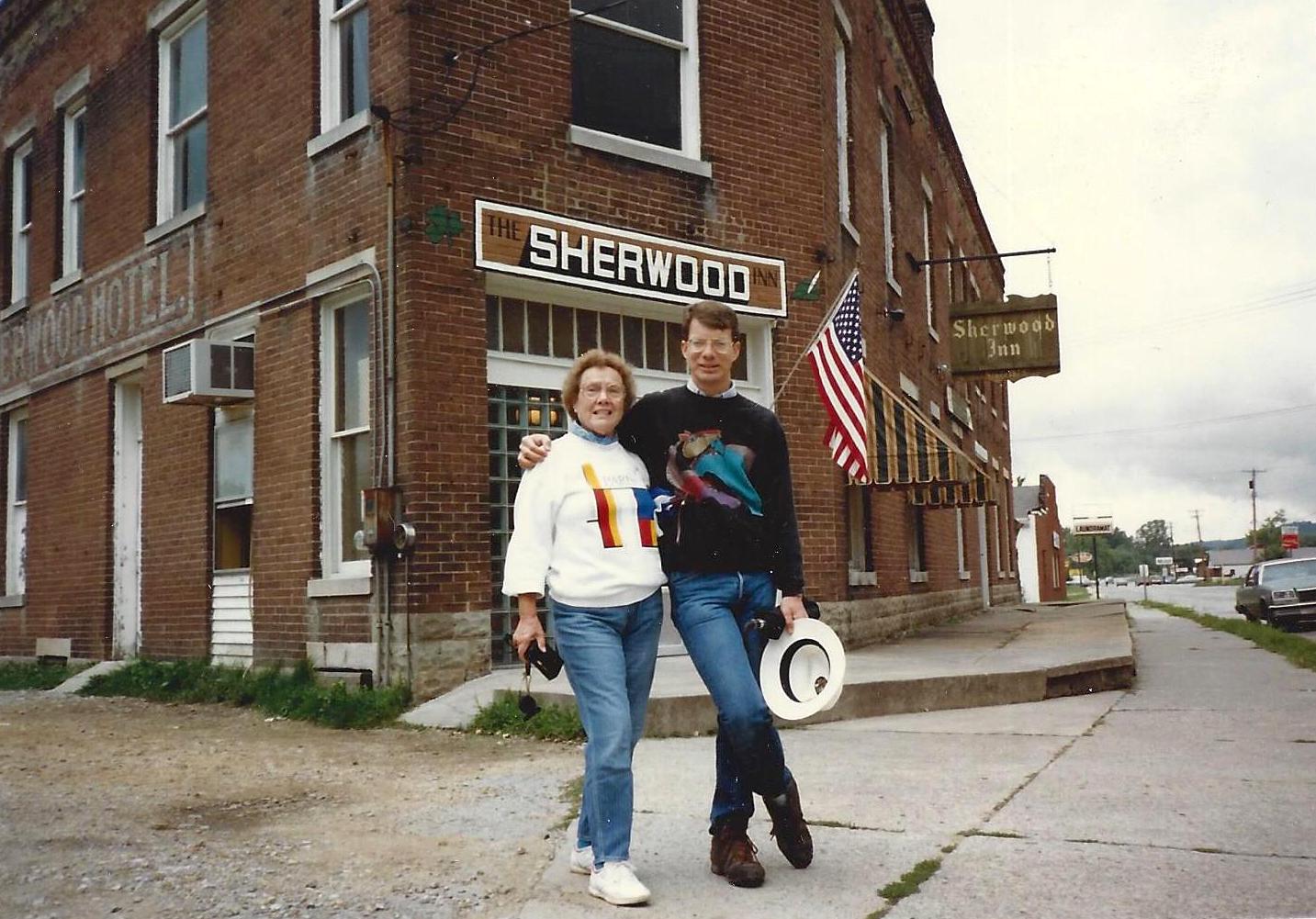 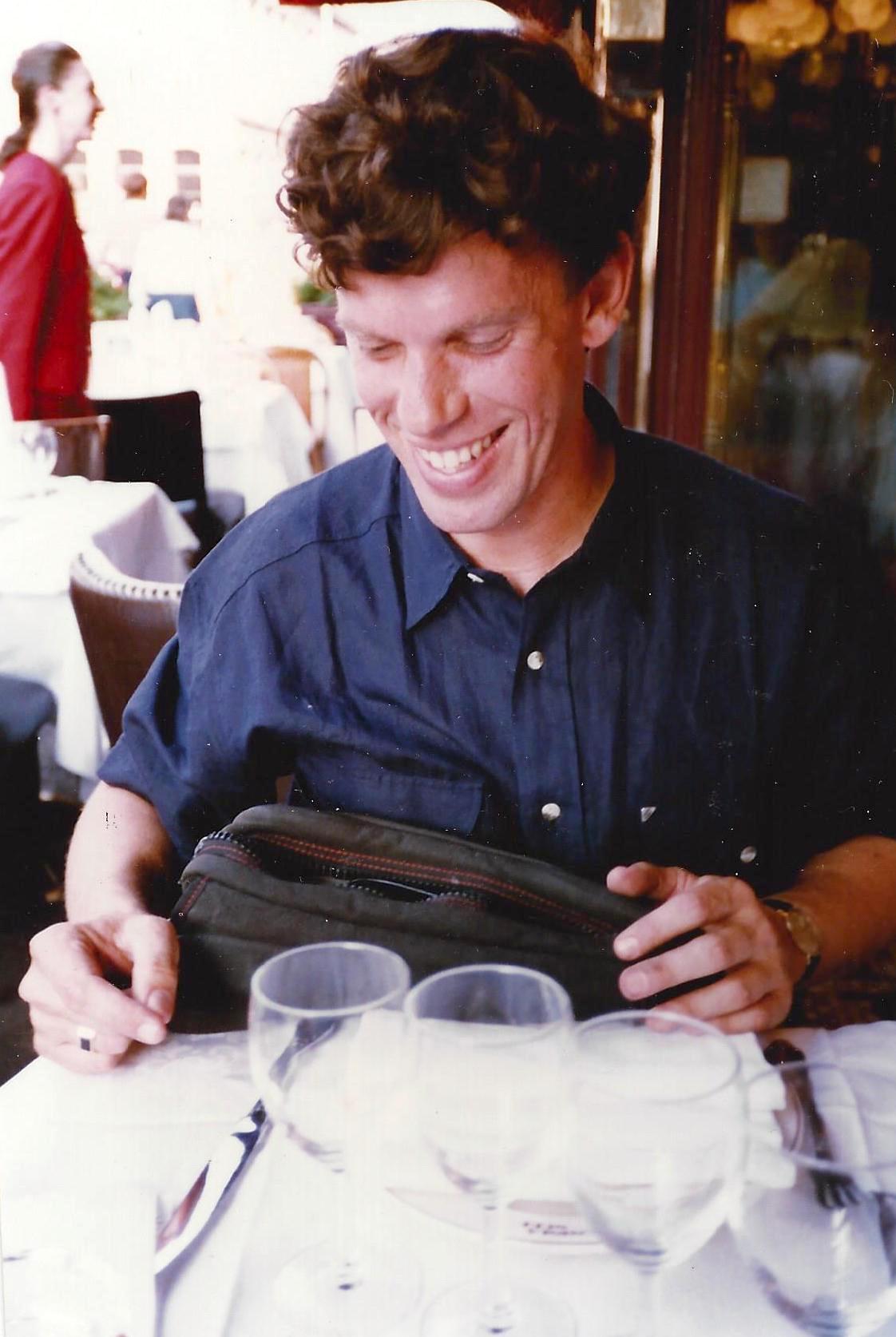 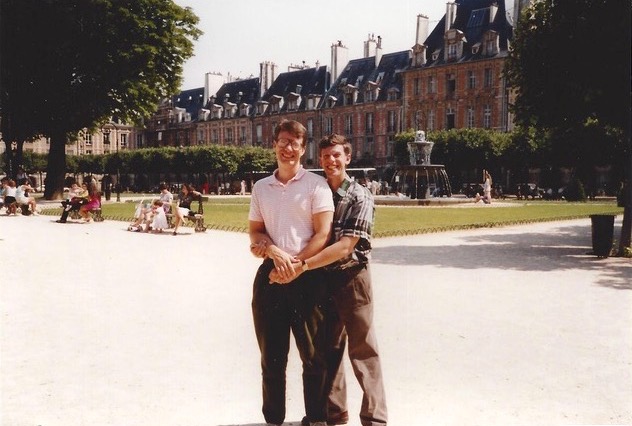 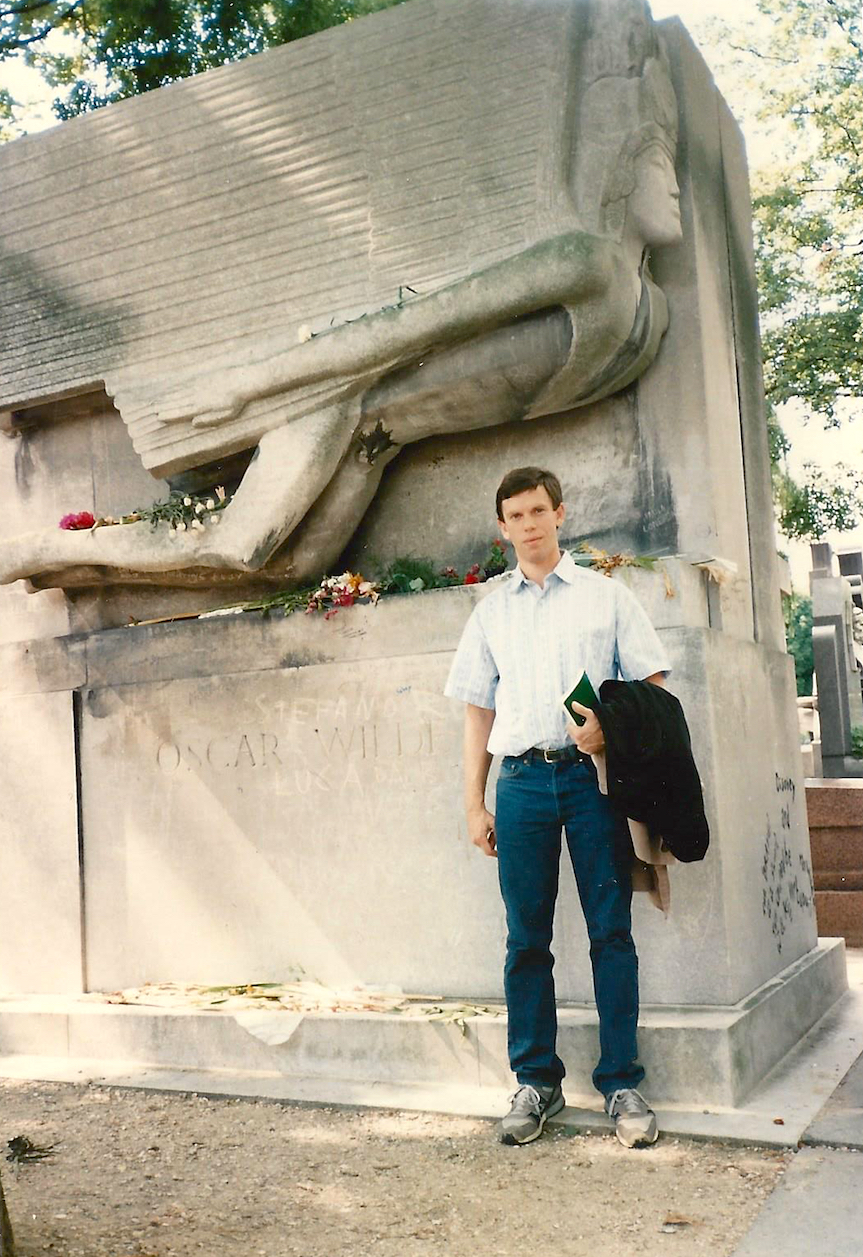 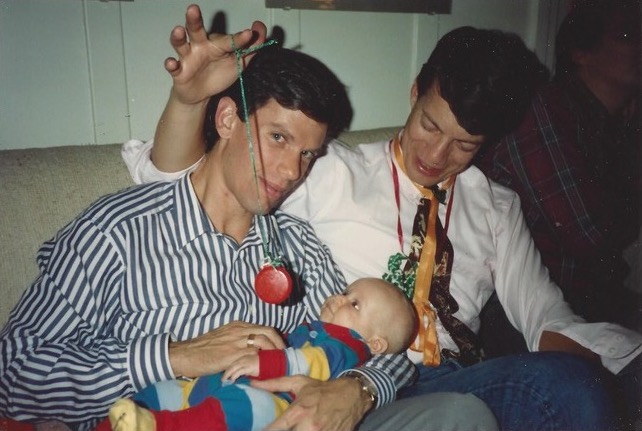 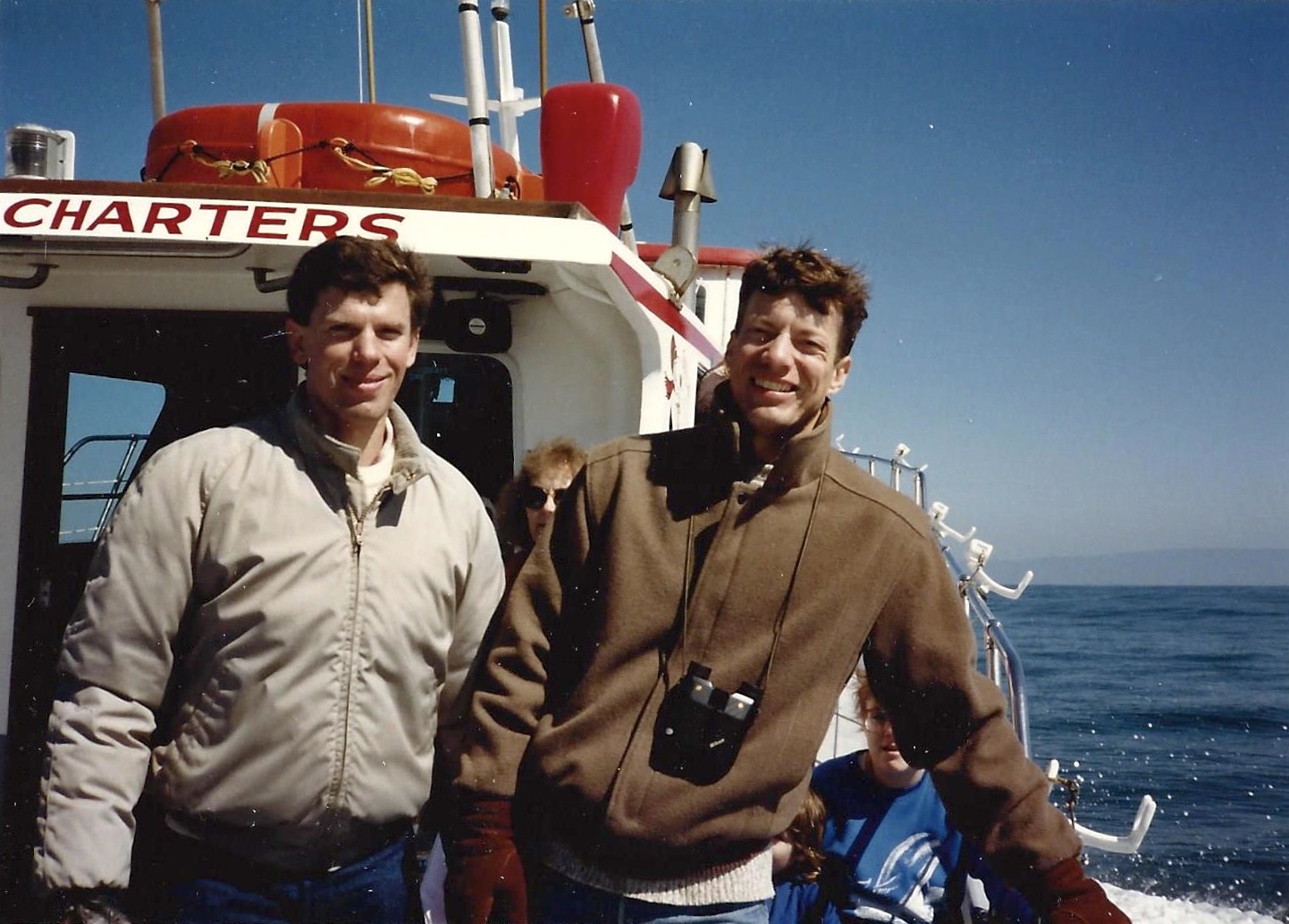 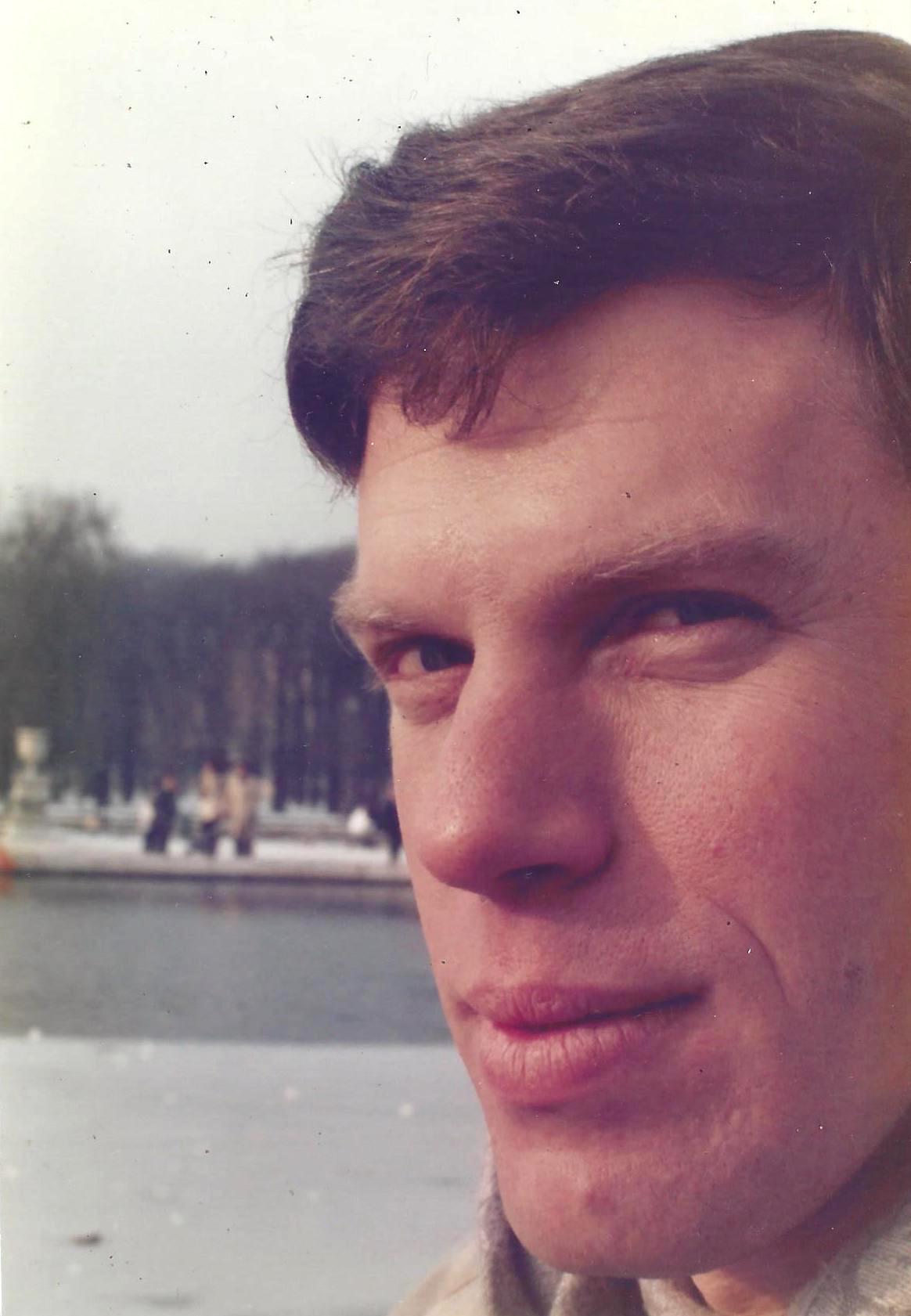 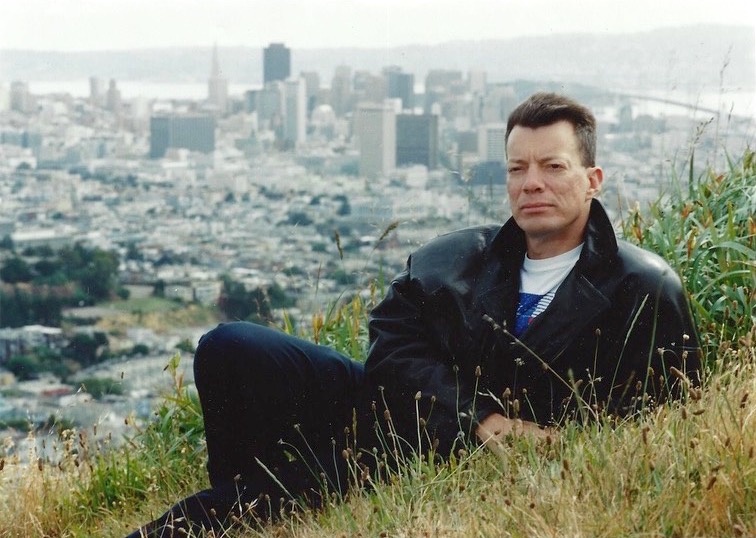 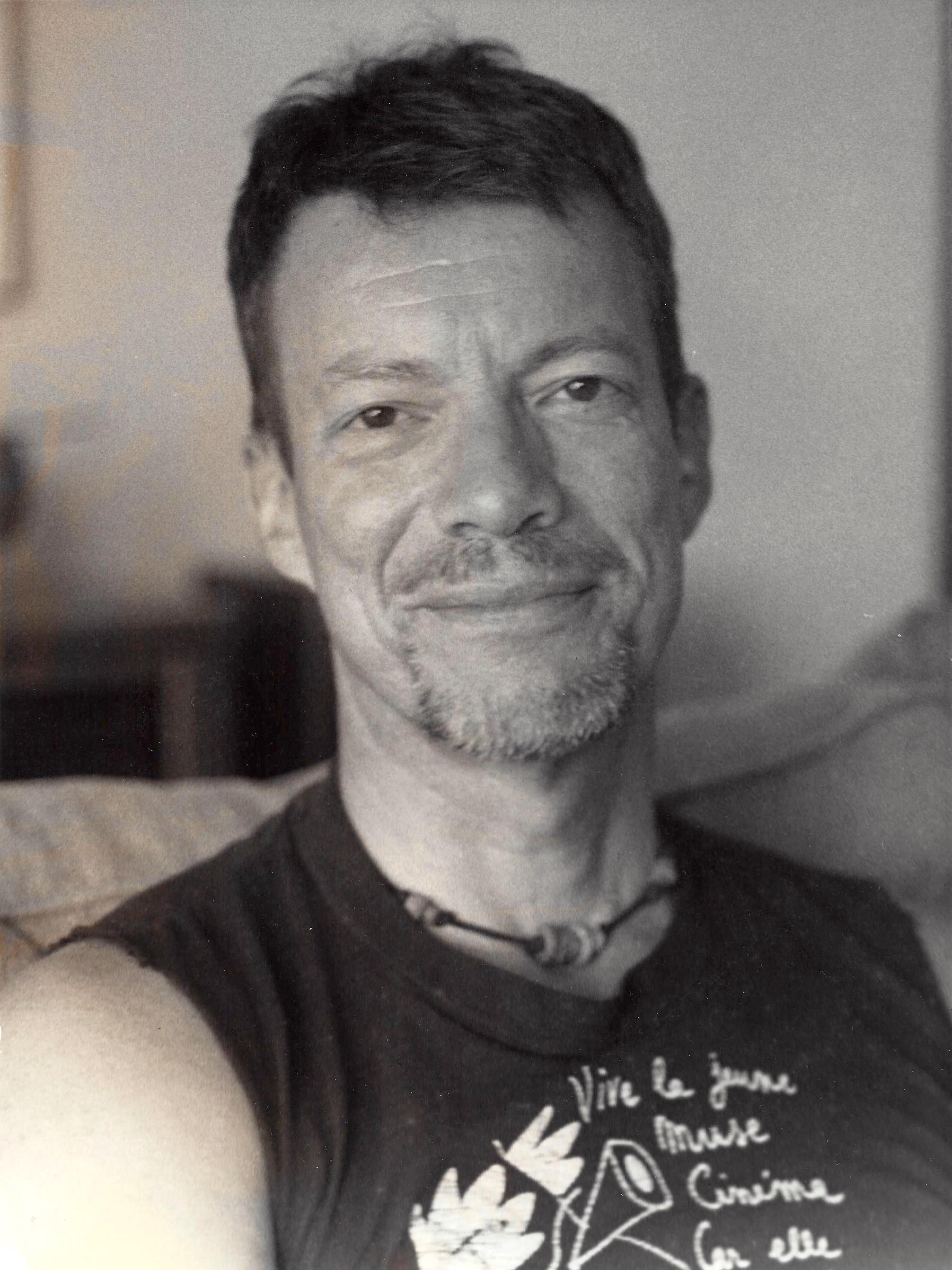