Jude Patton was born in St. Louis, Missouri, assigned female at birth, and adopted at seven months old. Perhaps because his parents had experienced difficulty having children, they always treated Jude and his brother “like gold,” which in Jude’s case meant defending him as a teen when he cut his hair short and wore masculine clothing. His grandmother was also an unwitting gender doula who collected clippings of “oddities,” like articles about snakes with two heads and other unusual creatures. These clippings, along with a few Little Blue Books that dealt with the topics of homosexuality, intersex, and cross-dressing, were formative for Jude.

Although Jude was a star student and a natural at sports, one high school PE teacher gave him an “F” because he refused to shower at school in the gendered bathrooms. Jude complained to the State Superintendent of Schools, which led to an investigation of his school; in retaliation, the school used the investigation to harass Jude further. This early experience of both transphobia and activism would herald things to come.

After high school, Jude had a full scholarship to any college in Illinois, but he would have had to wear a dress to attend. He instead worked at any job where he could wear men’s clothes, mostly menial labor jobs, and read constantly when off the clock – sometimes four books a day or more. In 1969, while working at a pet grooming shop, Jude’s coworker David (the first trans man Jude had knowingly met) gave him a copy of Harry Benjamin’s book The Transsexual Phenomenon. The light bulb went off: “This is who I am.”

David referred Jude to his endocrinologist, the endocrinologist referred Jude to a psychiatrist, and both doctors pronounced Jude a “classic case” and put him on hormones. He got gender-affirming surgery at Stanford University in 1972, one of the first trans men to do so. Almost immediately afterwards, he resumed the education he’d put on hold, becoming a Licensed Marriage and Family Therapist, Psychiatric Physician’s Assistant, and a certified Sex Educator and Sex Therapist.

Because Jude’s family and friends were so supportive, Jude was willing to be “out” as a trans man, which led to numerous speaking engagements. In one year, he spoke to over 200 college classrooms. He also began a private therapy practice that continues to this day. While he had many patients who were transgender, he had just as many or more patients who were straight cross-dressing men, and became their compassionate champion.

Never satisfied with supporting just one community or cause, Jude is also a passionate activist for environmentalism, immigrants’ rights, prison reform, and much more. He advocates for the rights of trans elders as a SAGE Ambassador and an informal consultant. With Margot Wilson, he co-edited two TRANScestors anthologies of personal stories about aging on the trans spectrum. While openly expressing frustrations with the challenges that older trans people face, he’s equally open about the great joy he’s had in his life, including two very happy long-term relationships. And in his eighties, he’s as much of an “education nut” as when he was reading four books a day between factory jobs. 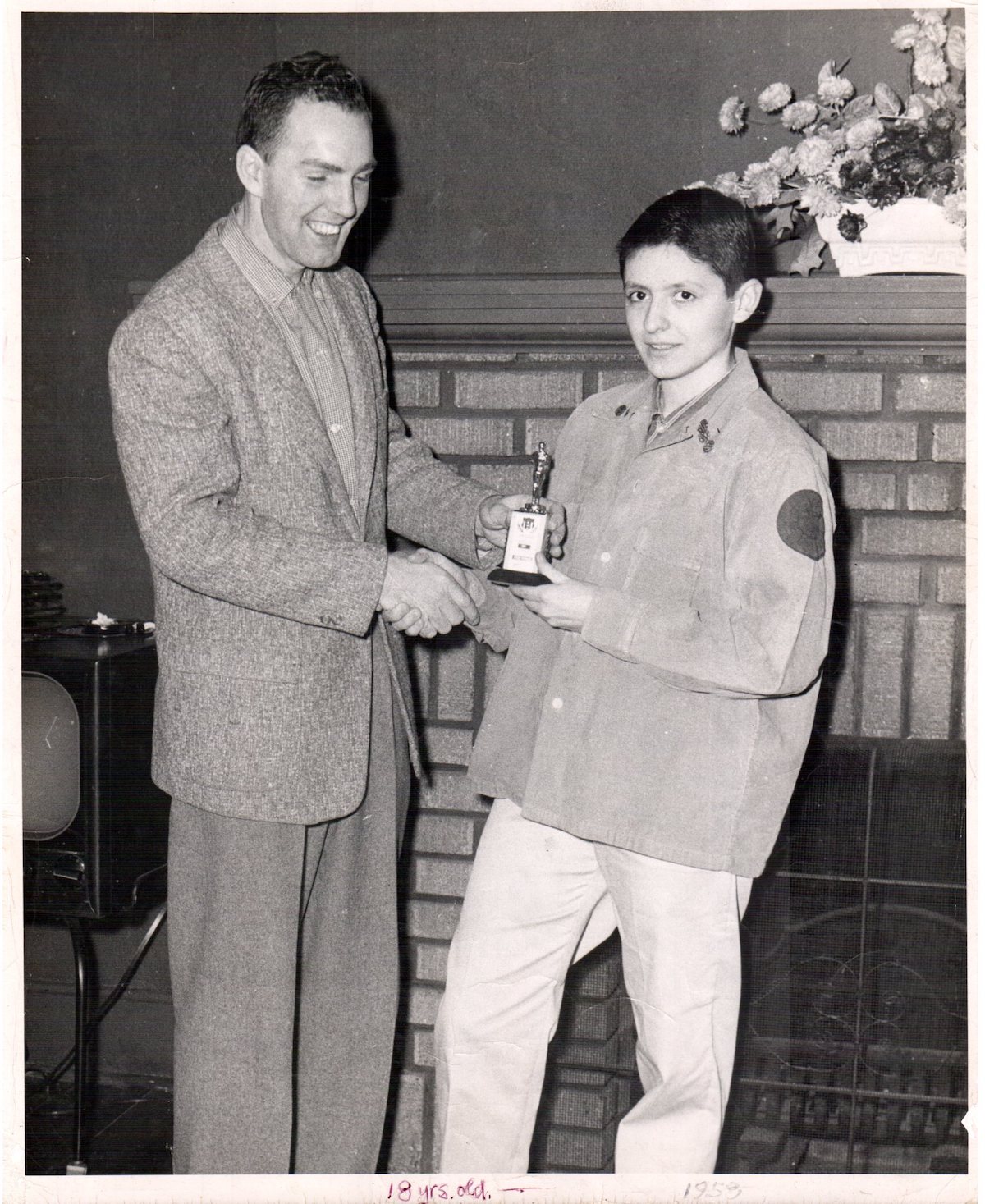 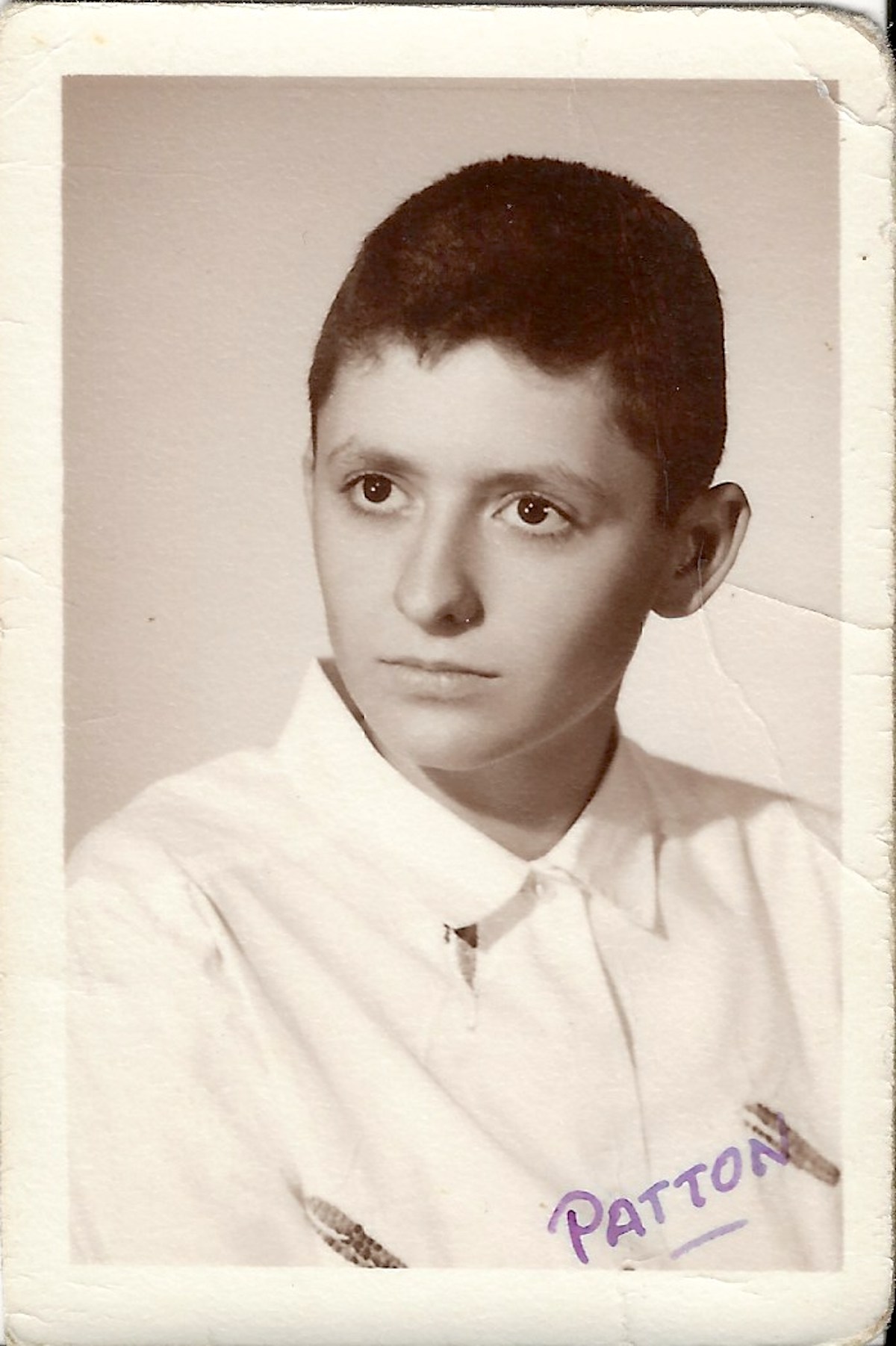 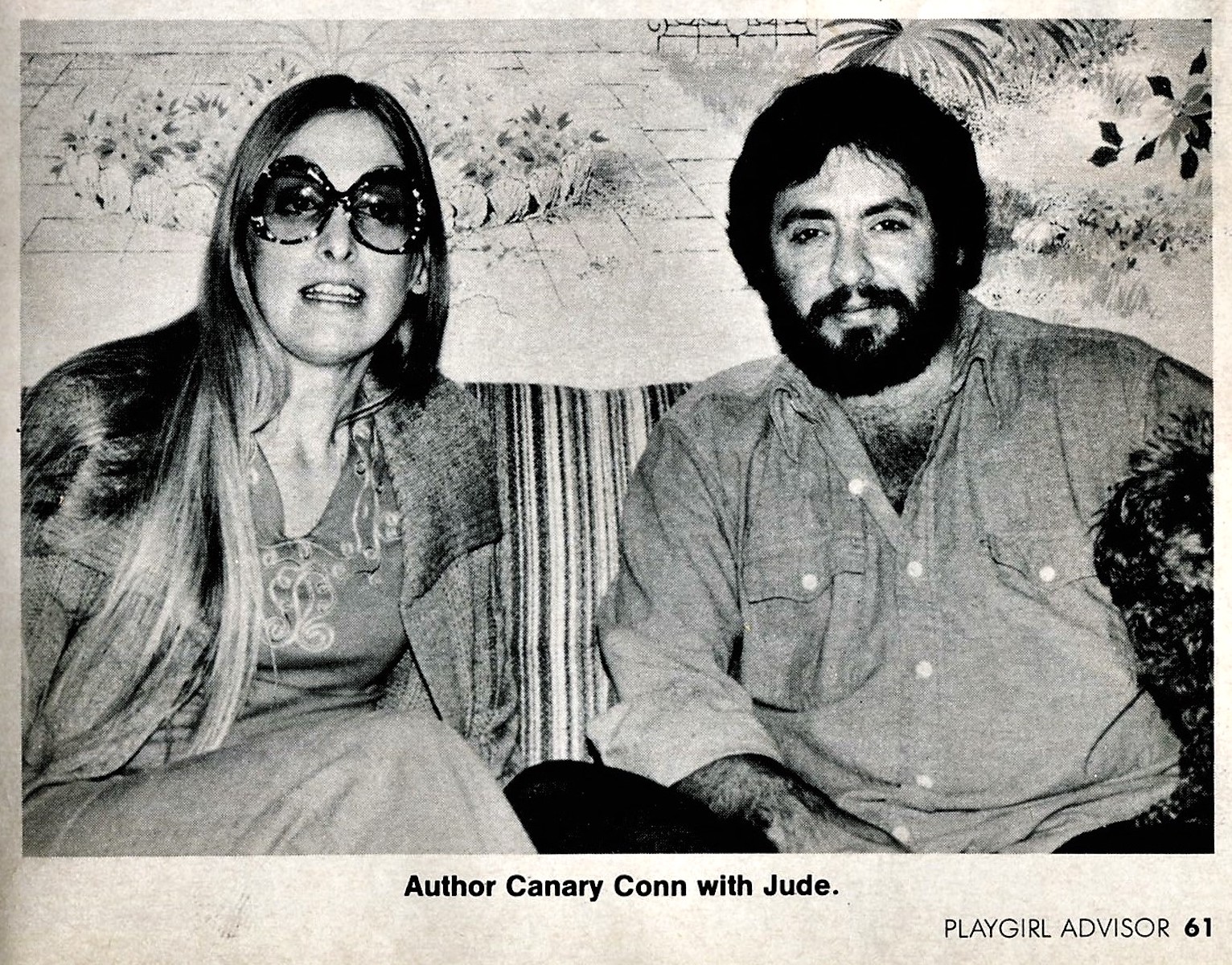 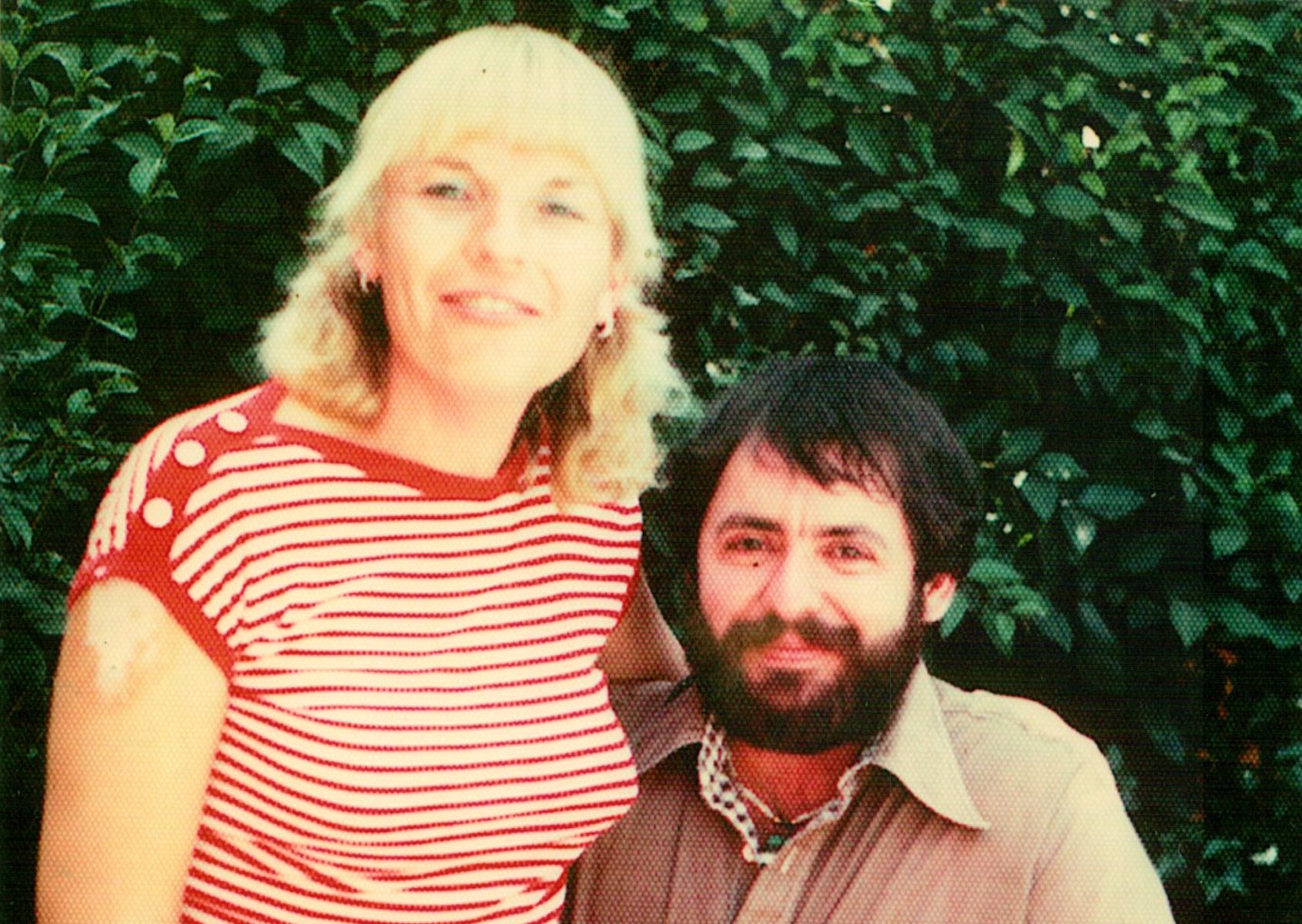 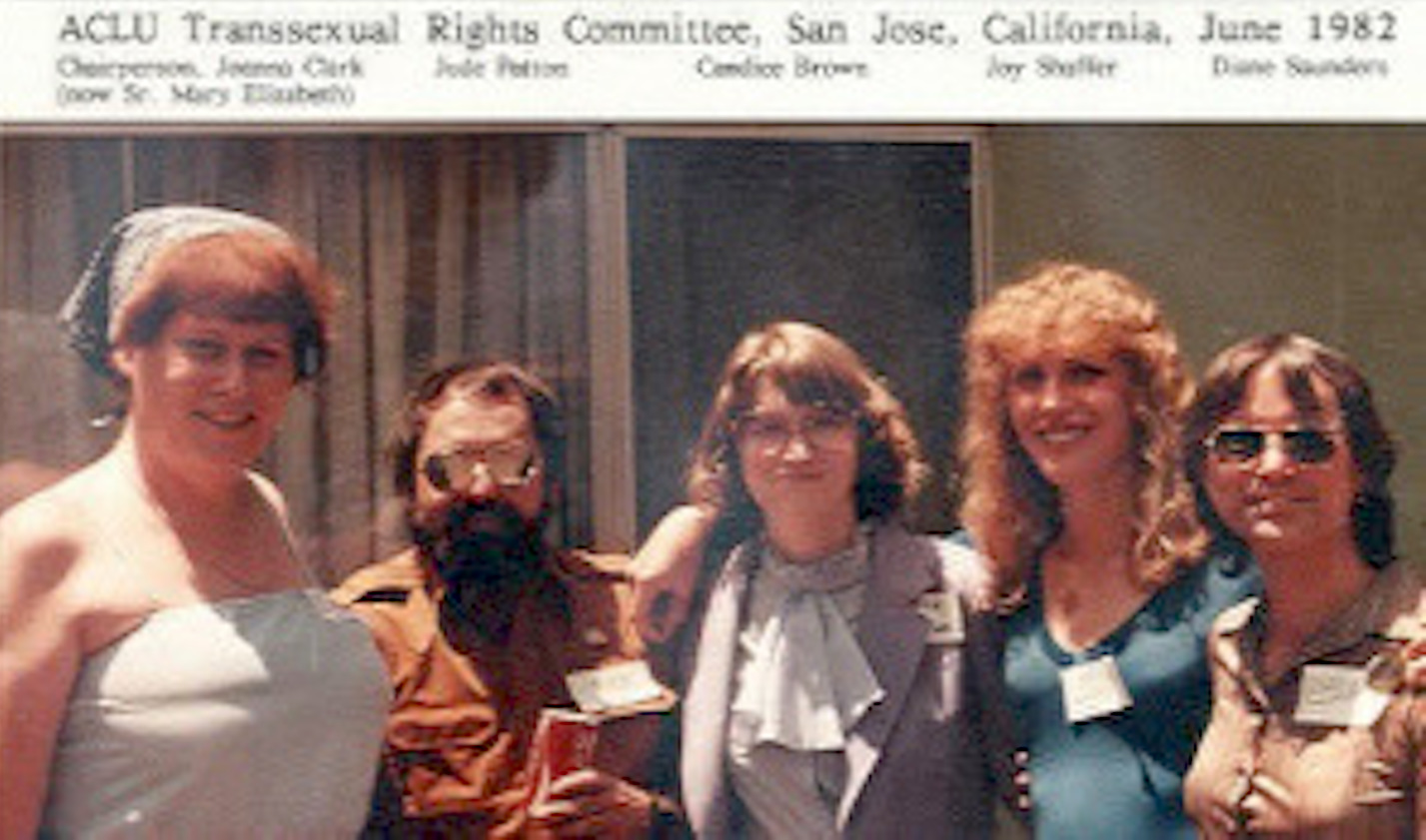 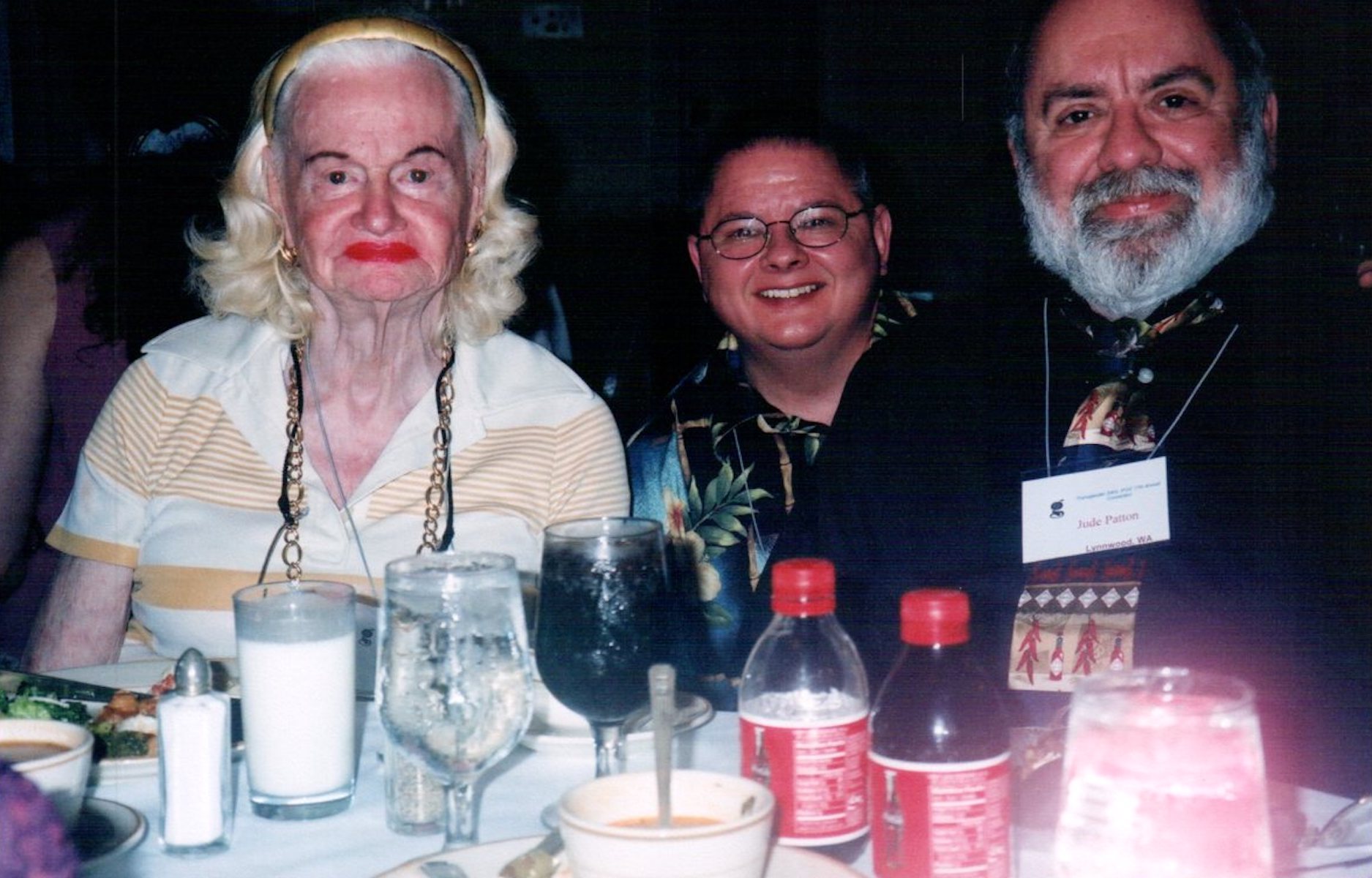 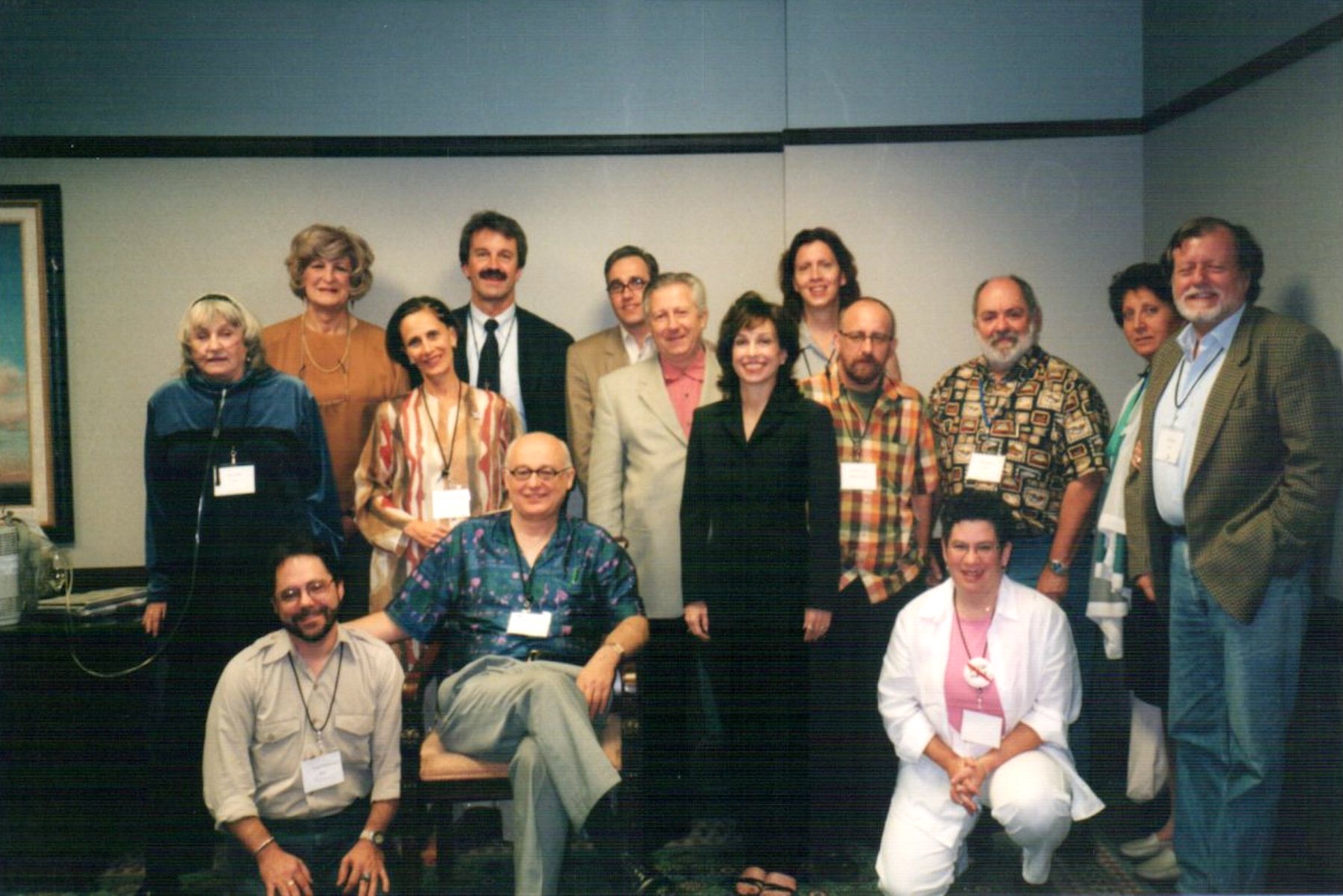 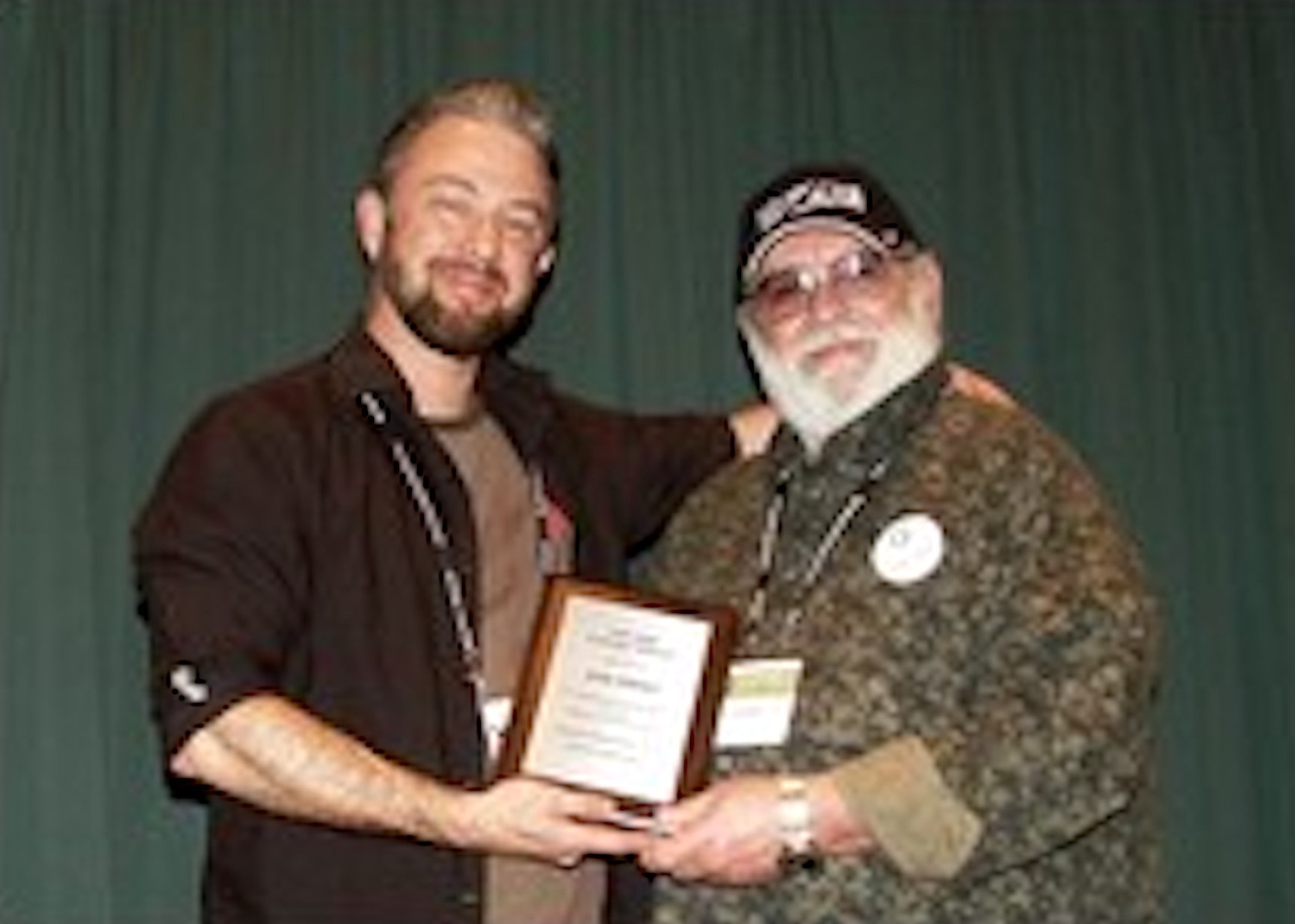 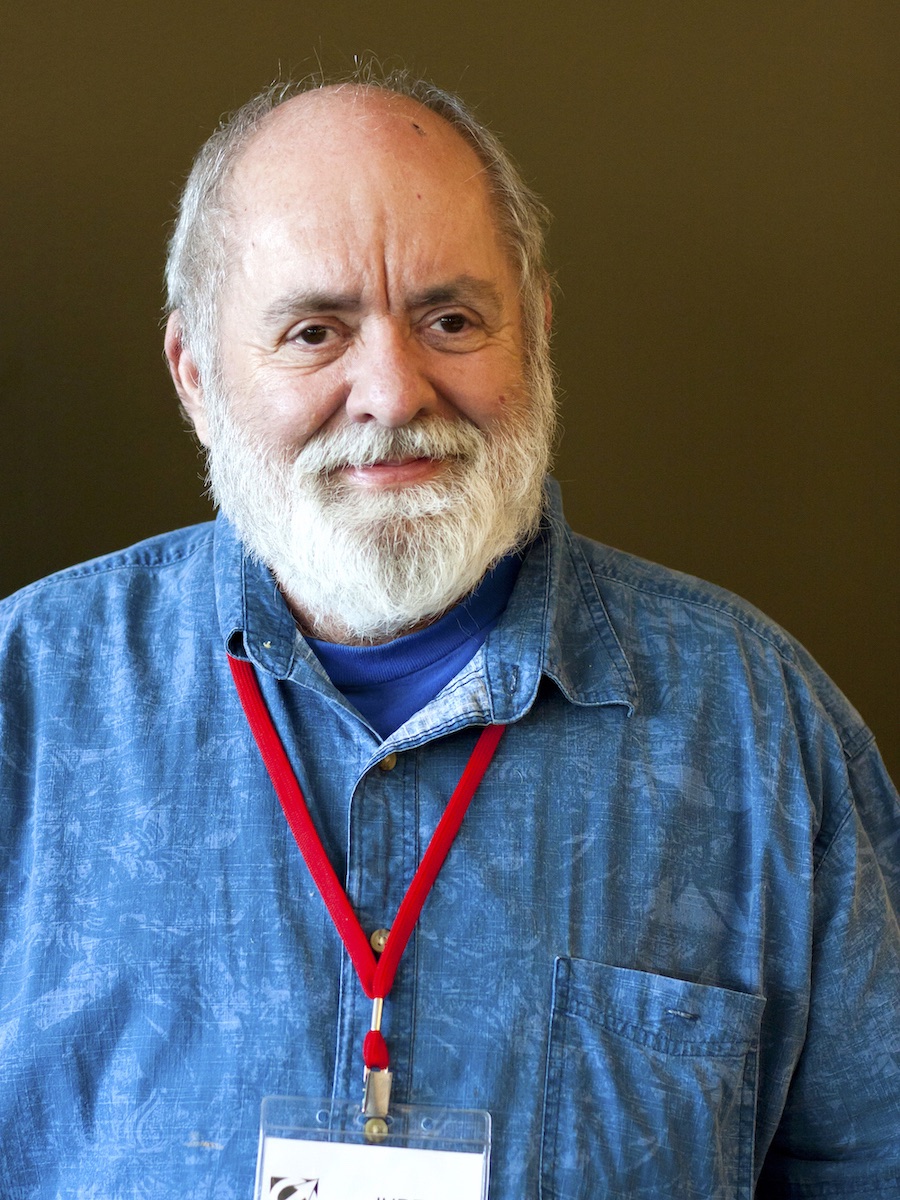 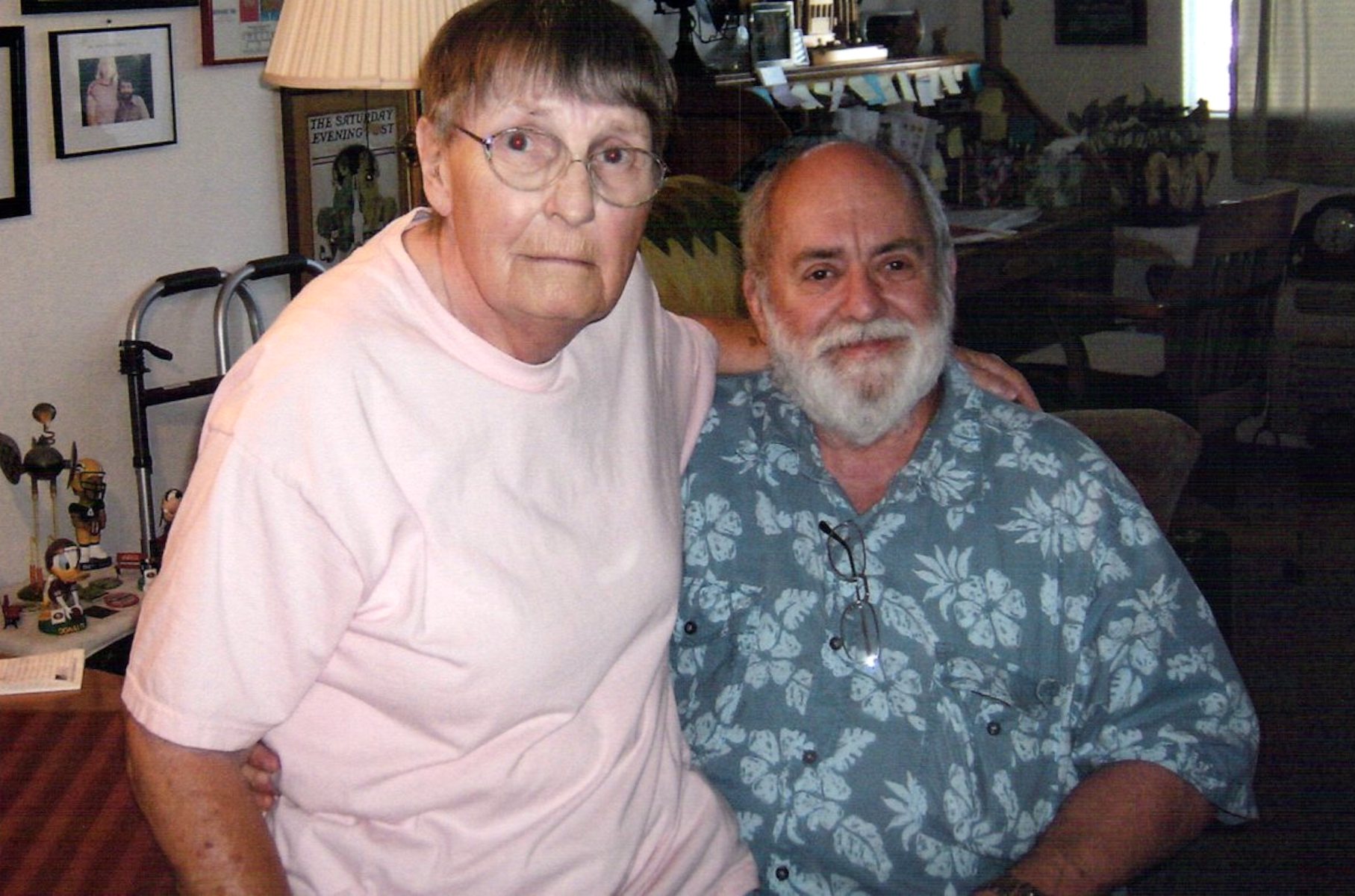 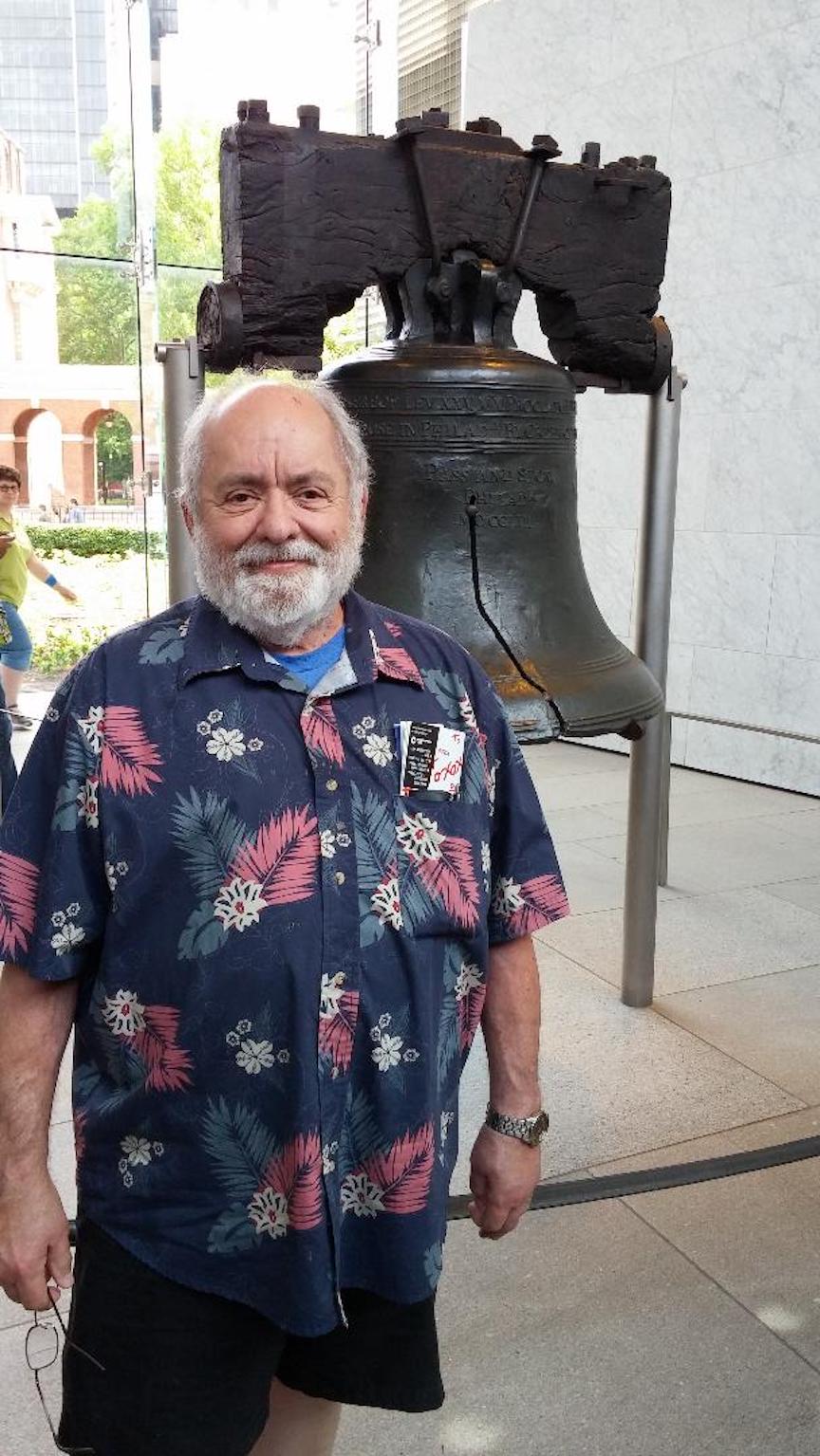 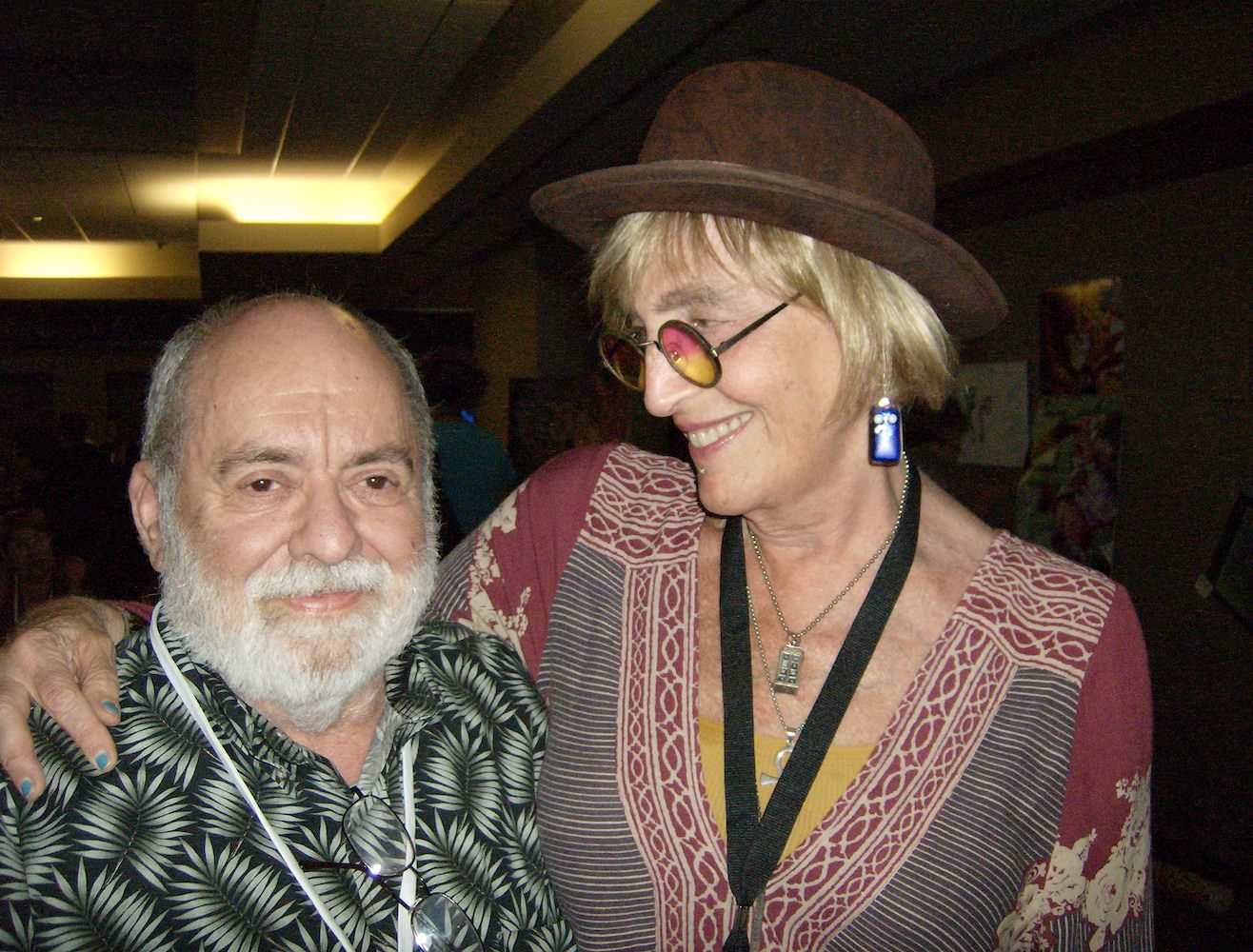 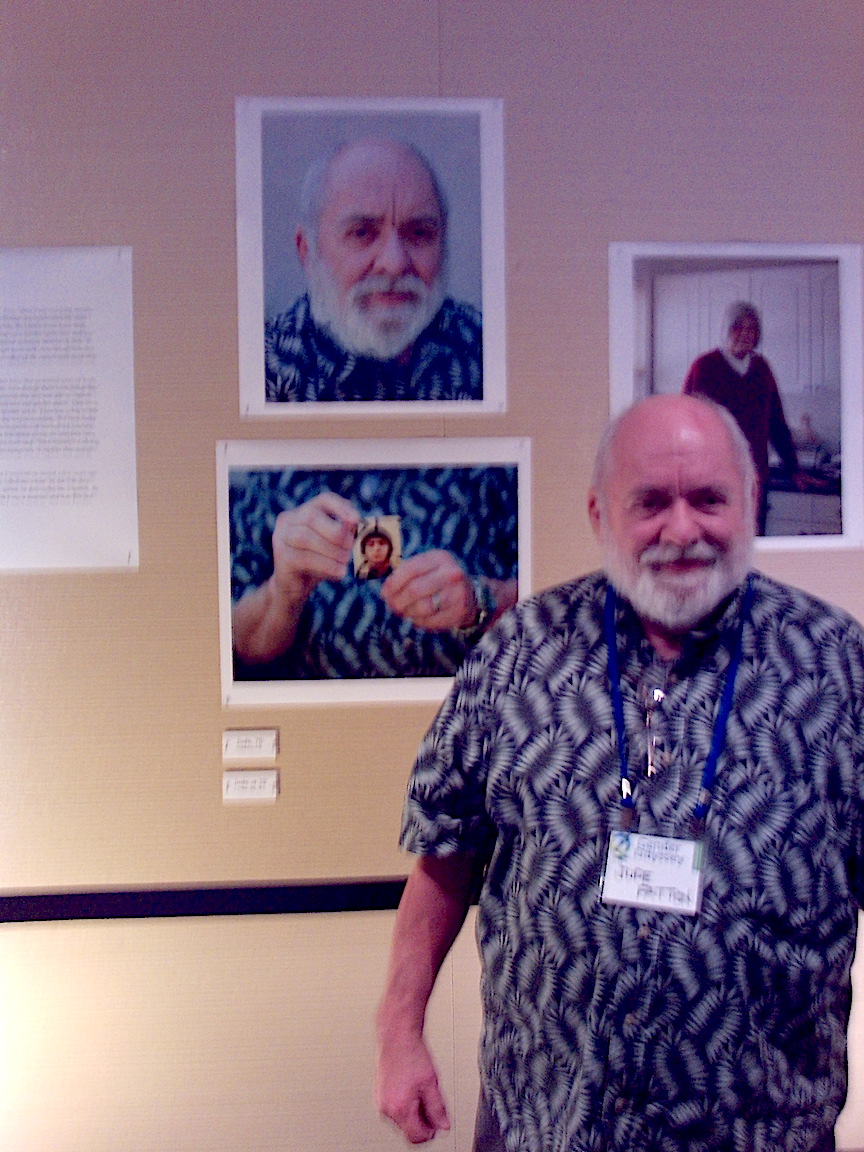 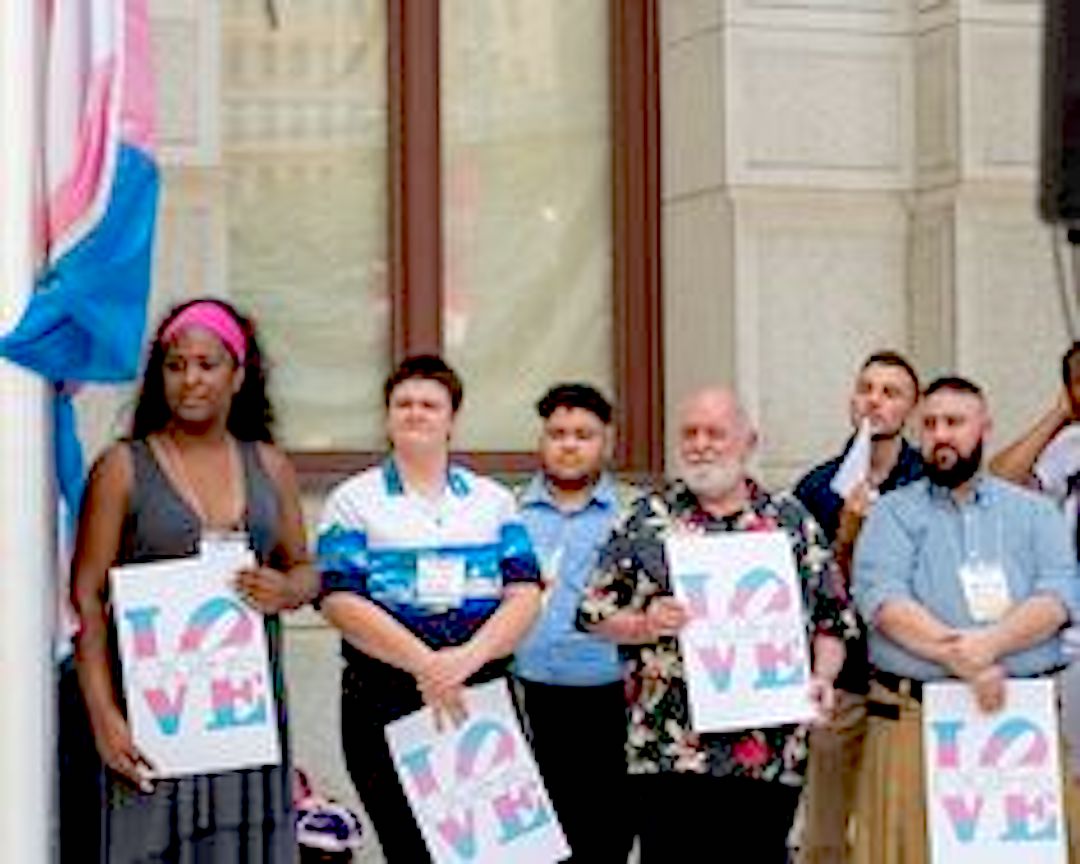 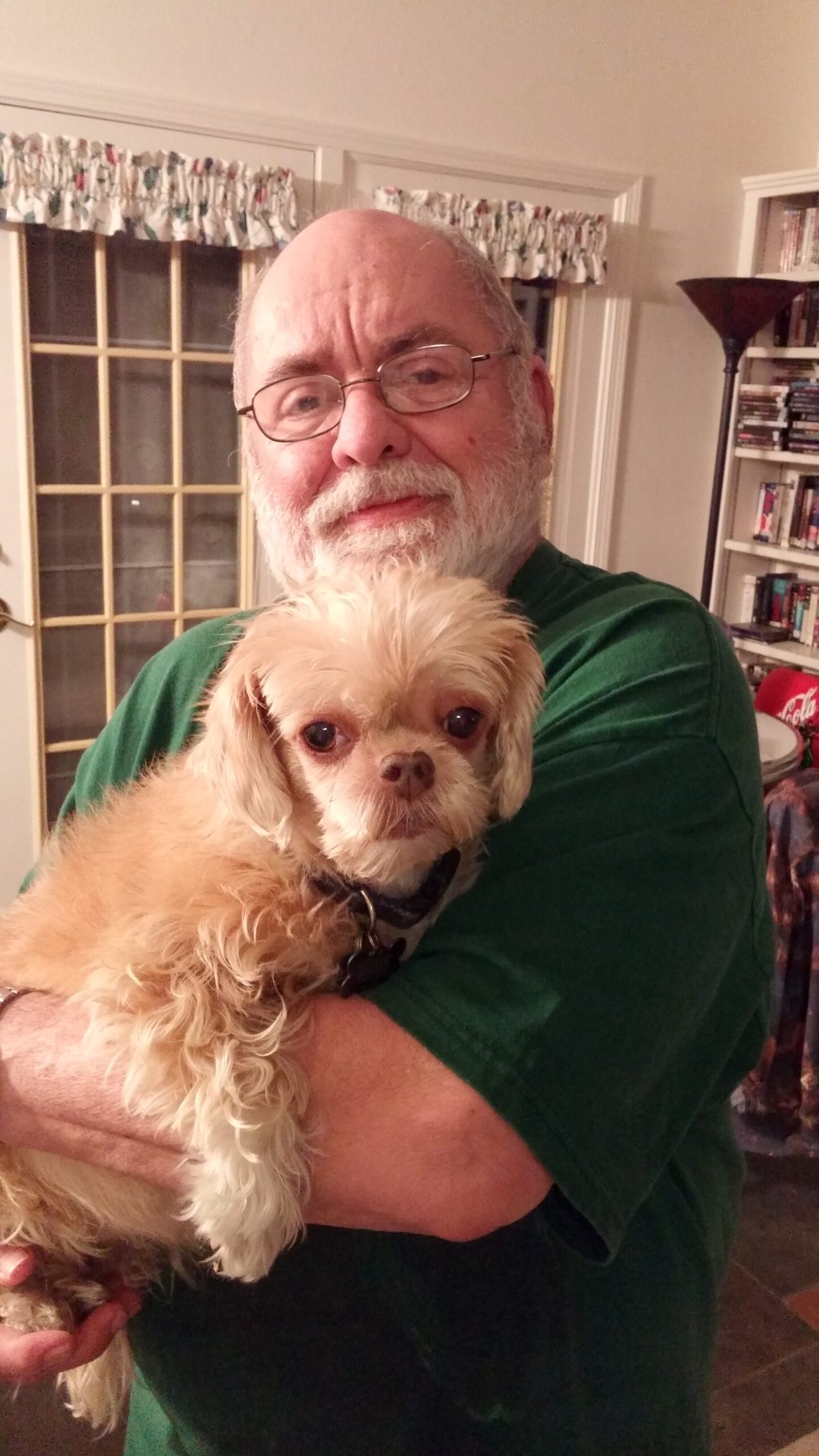 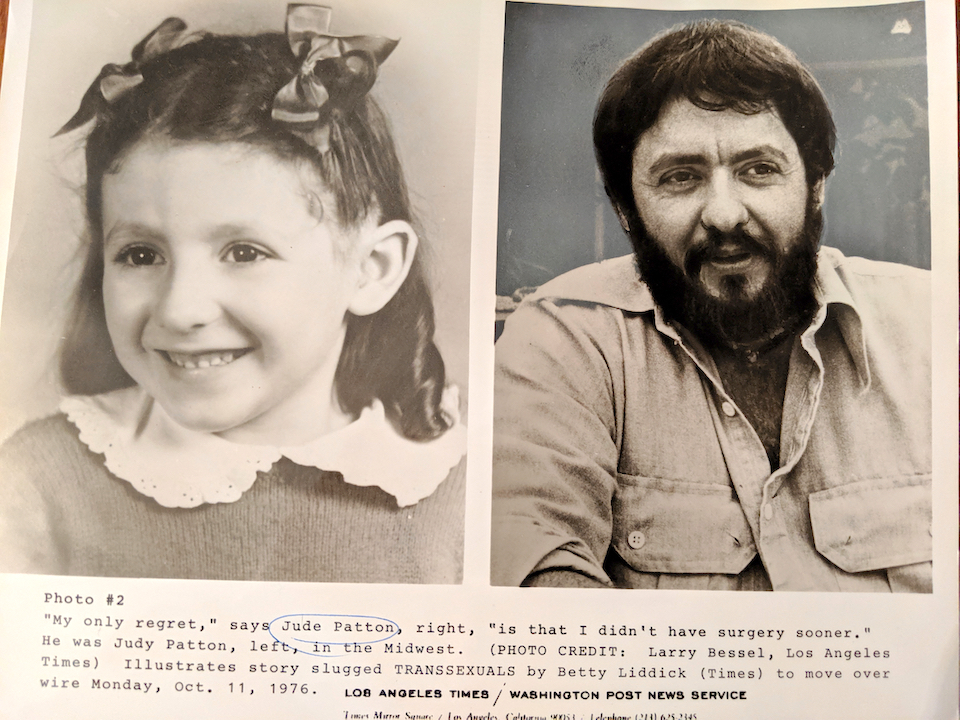 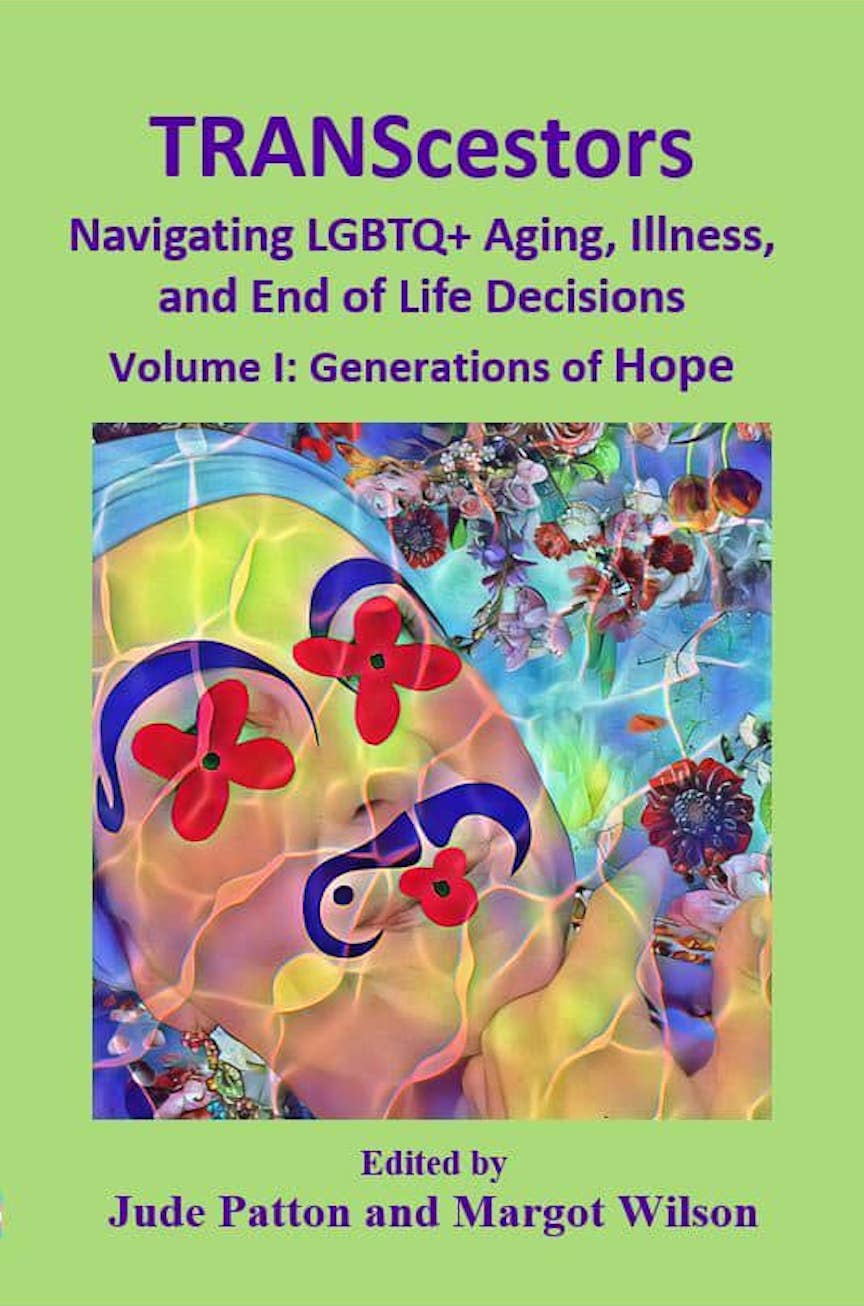 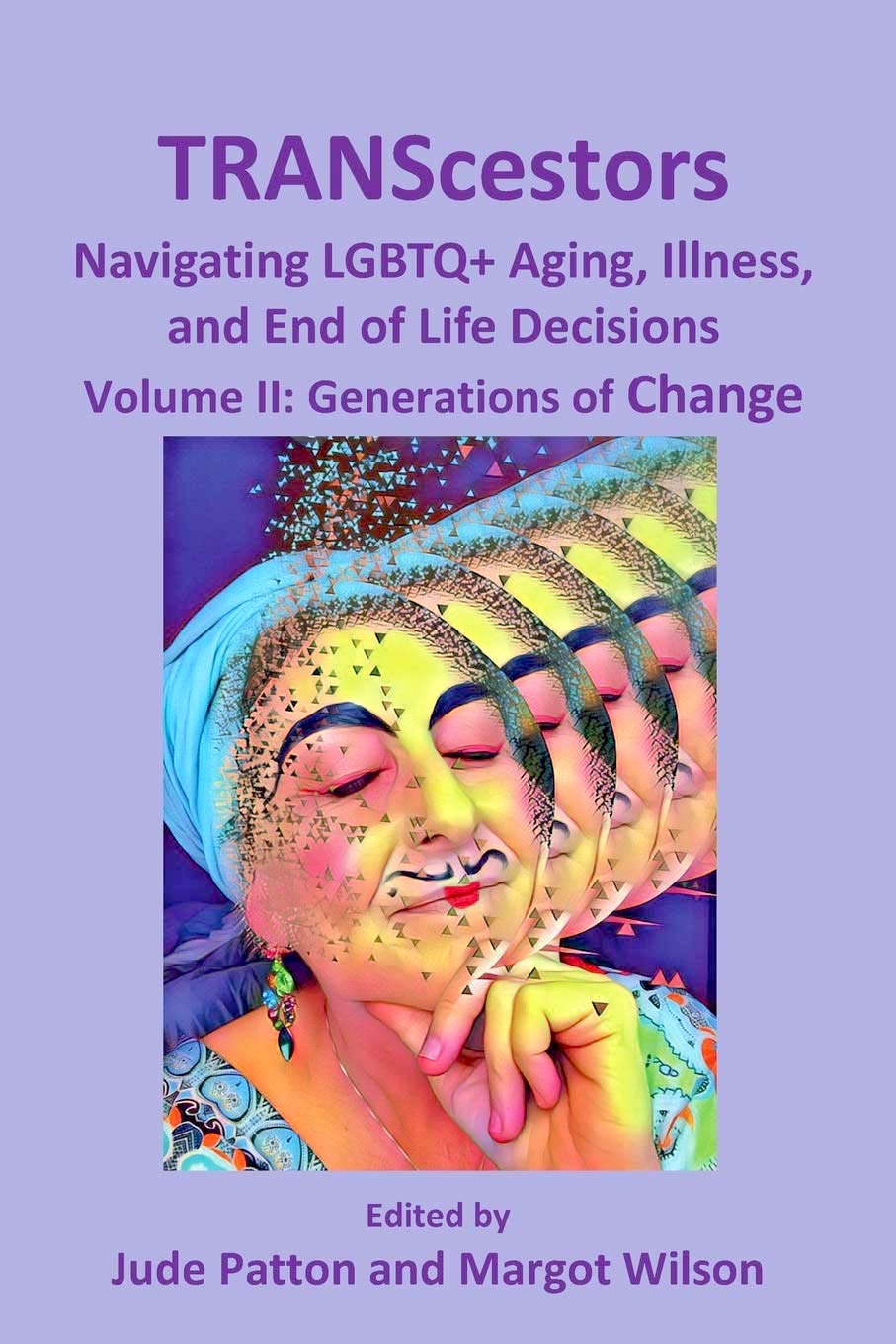