Advanced Search >
Eric Julber was born in October, 1925 in New York City. His father relocated the family to Santa Monica, California to work as a musician for Hollywood movie studios. Eric attended Hollywood High School where he was on the debate team with Warren Christopher, who later became Secretary of State under President Clinton. The two attended Loyola University together, where they continued to be debate partners. After law school, Eric became a lawyer at the firm Bodle and Fogel in Los Angeles.
Early in his career, Eric defended and secured the rights of the gay press. In 1953, a group of volunteer writers and editors created ONE, a magazine for homosexuals. Replacing the suggestive photographs and sex ads typical of gay magazines at the time, ONE offered political editorials and articles that tackled leading issues for the LGBT community.
ONE sold their issues for 25 cents at gay bars, but soon ran into trouble when they mailed their publication to subscribers. The cover of the August, 1953 issue was green with cream colored squares and featured the headline: “Homosexual Marriage?” In an act of censorship, Otto Olesen, the Los Angeles Post Master, claimed the topic of gay marriage was “obscene” and seized all mailed copies.
In October 1954, Eric contributed an article to ONE called “You can’t print it!” The title of the article appeared on the cover of the magazine, this time colored black and white, with falling graphic leaf shapes cascading down one half of the design. Even though the cover made no mention of homosexuality, Olesen seized this issue too.
When the editors of ONE sued Olesen, Eric volunteered to represent them free of charge. The Ninth Circuit Court in California sided with the Post Master, finding the magazine filthy. Believing free speech extended to controversial subject matter, Eric sought help from the ACLU. They refused to help. Undeterred, Eric appealed the decision and on January 13, 1958, the U.S. Supreme Court accepted the case. This time, the justices sided with ONE.
The decision of ONE vs. Olesen was the first Supreme Court decision that protected gay rights. After 1958, it was no longer legally considered obscene to mention homosexuality in print. Born in 1925, Eric currently lives with his wife in Carmel, California.
U.S. Declaration of Naturalization form of Eric Julber’s father, Ovady Joulbert, a professional classical viola player who immigrated from the Ukraine. Eric Jubler as a student at the Univeristy of California Los Angeles (UCLA), circa 1943 Eric Julber practicing law around the time of the the landmark gay rights case One, Inc. v. Olesen, which he petitioned to the Supreme Court in 1957. They ruled in his favor in 1958. It was the first Supreme Court ruling to address the rights of homosexuals, in this instance with regards to free speech. Eric’s sailboat Sol-Lis (“sunlight” in Danish), Balboa, Santa Catalina, 1963. Eric served as a river-rafting guide on the Rogue River, Oregon, circa 1970. Eric and the river, circa 1970. River rafting guide on the Rogue River, Oregon, circa 1970. Eric on his 36’ boat, Monterey Harbor, Summer 1992. Wedding of Eric Julber and Inge Kessler, Carmel, CA, July 3, 1994. Thom Homann LGBT Law Association (THLA) honored Eric Julber with a lifetime achievement award in May 2015. 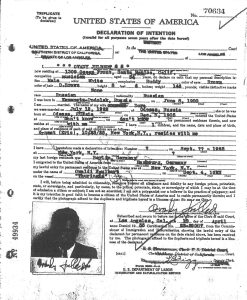 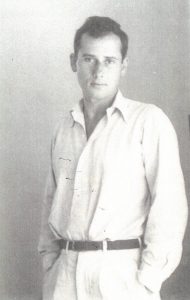 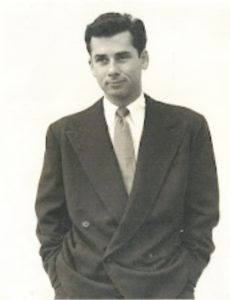 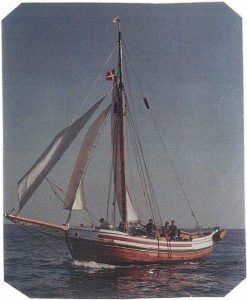 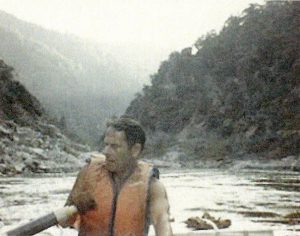 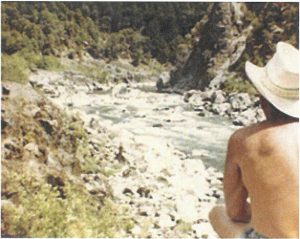 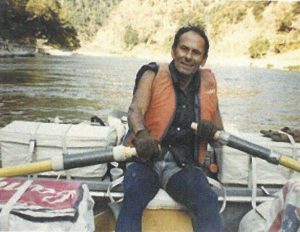 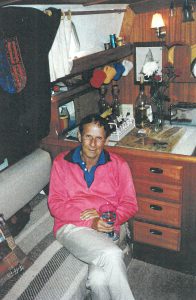 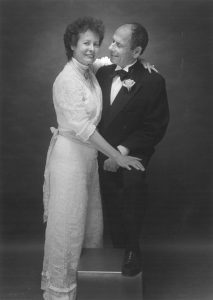 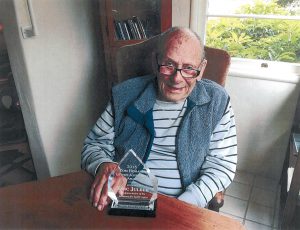