Advanced Search >
Lani Ka’ahumanu was born in Edmonton, Alberta and grew up in the San Francisco Bay Area. Lani is known today as one of the major architects of the American bisexual rights and visibility movement. But in the 1960s, she was married to her high school sweetheart, living in the suburbs, and mostly busy running her kids to Little League games.
In the late 1960s, Lani got involved with Another Mother for Peace, a grassroots anti-war advocacy group. This ignited a spark of activism in her that could not be quenched. In 1974, after 11 years of marriage, she and her husband divorced amicably. Lani moved to San Francisco, where two years she later came out and spoke publicly as a lesbian mother. She was active in founding the San Francisco State Women Studies Department, and in 1979 became the first person in her family to graduate from college.
Realizing she was a bisexual in 1980, Lani came out again, and began organizing bisexuals within the lesbian and gay communities. In 1983 she co-founded BiPOL, the first feminist bisexual political action group, with the mission of educating, advocating, and agitating in the growing shadow of HIV/AIDS. Four years later, she was instrumental in organizing what would become BiNet USA, the first national bisexual rights organization, and was a founding organizer of the San Francisco Bay Area Bisexual Network (BABN). In 1991, Lani co-edited (with OUTWORDS interviewee Loraine Hutchins) the groundbreaking anthology Bi Any Other Name: Bisexual People Speak Out, which was listed by the Lambda Book Review as one of the top 100 LGBT Books of the 20th Century.
For her 50th birthday in 1993, Lani wrote and modeled for Women En Large: Images of Fat Nudes. In 1994, her innovative work with the Safer Sex Sluts was recognized by Ms. Magazine in their 50th anniversary “50 Ways to Be a Feminist” issue. That same year, Lani and legendary author Armistead Maupin were honored as co-grand marshalls of the San Francisco Lesbian and Gay Pride Parade. Lani subsequently became the first out bisexual person to serve on the board of the National LGBTQ Task Force.
Today, Lani is hard at work on two memoirs – My Grassroots Are Showing: Movement Stories, Speeches, and Special Affections (her working title), and Passing For Other: Primal Creams and Forbidden Dreams. OUTWORDS interviewed Lani at her rustic cabin in Cazadero, California, tucked among the redwood trees on a high ridge overlooking the Pacific Ocean. Lani was busy preparing for her nine-year-old granddaughter’s birthday. Lani’s life has been about holding onto and honoring her past, while always – always – working towards a bolder, brighter future.
Early 1900s photo of Lani’s Aunty Madge, her paternal grandfather’s sister who was like a grandparent to Lani because her maternal grandparents died young. 1926 photo of Lani’s mother, Aileen Helani, who was born in Japan in 1920. Lani with her mother, father, and sister Vickie, 1946. Lani (“the tall one”) with her mother, Aunty Madge, and her sisters in kimonos — a gift from Madge, 1954. Lani with her sisters Vickie, Bobby, and Kathy sitting on their dad’s tractor, 1955. Lani’s Junior Prom picture with her future husband Mark, the captain of the football team and champion wrestler — on his head is a mat burn from a wrestling match, 1959. Lani is an out lesbian chef and community house manager at a Village Oz new age resort, newly graduated from SFSU Women Studies, 1979. Lani marching in the 1984 San Francisco Lesbian and Gay Pride Parade; BiPOL’s contingent was led by a red convertible with Mayor “Bi-anne Feinstein” and “Princess Bi” — BiPOL won Most Outrageous Contingent. Photo credit: Arlene Krantz. Lani and Loraine Hutchins, co-editors of “Bi Any Other Name: Bisexual People Speak Out,” early 90s. Lani at her first book reading for “Bi Any Other Name,” 1991. Photo credit: David Lourea. Lani was the only bisexual invited to speak on the main stage at the March on Washington for Lesbian, Gay & Bi Equal Rights and Liberation, 1993. Four generations. 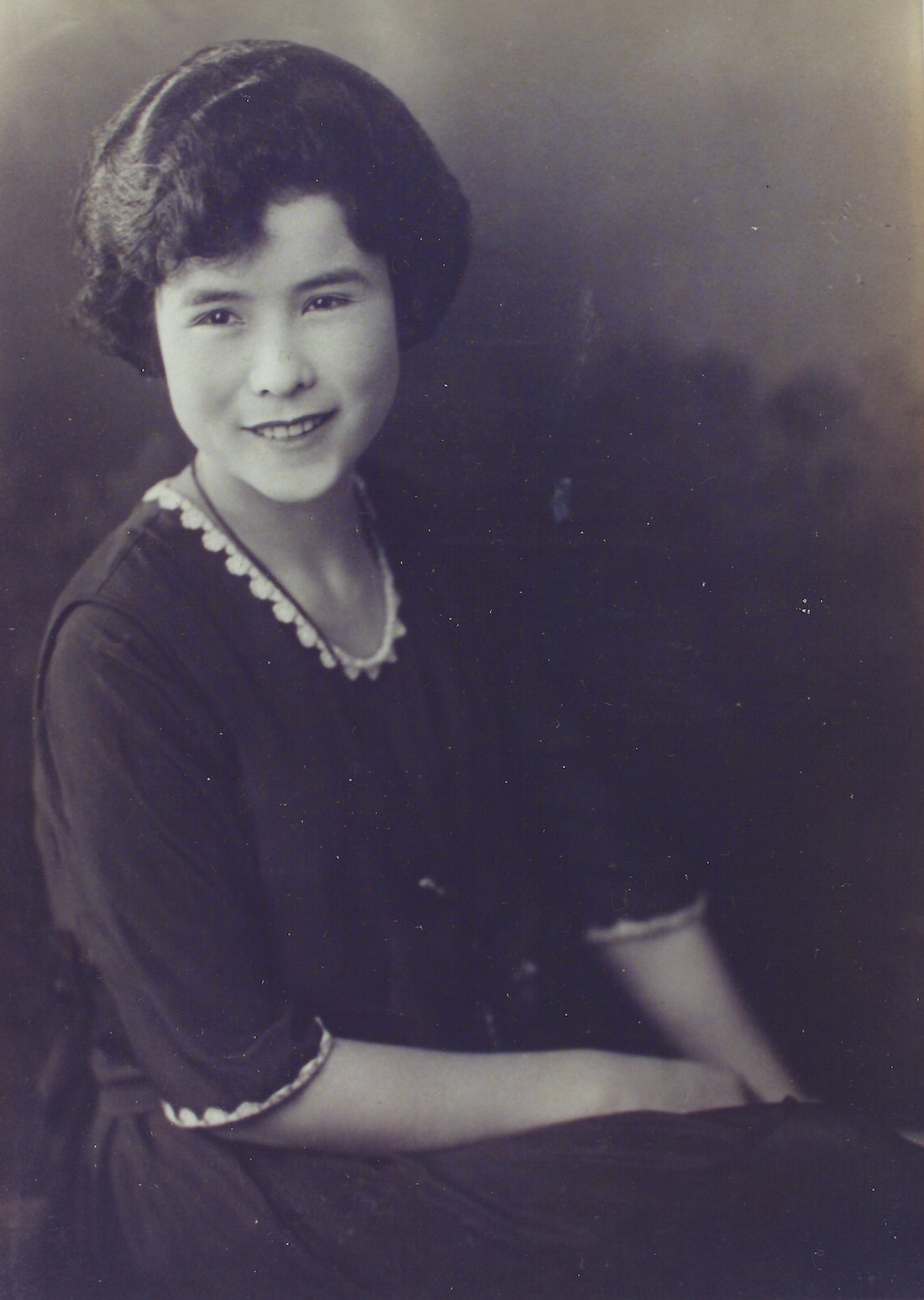 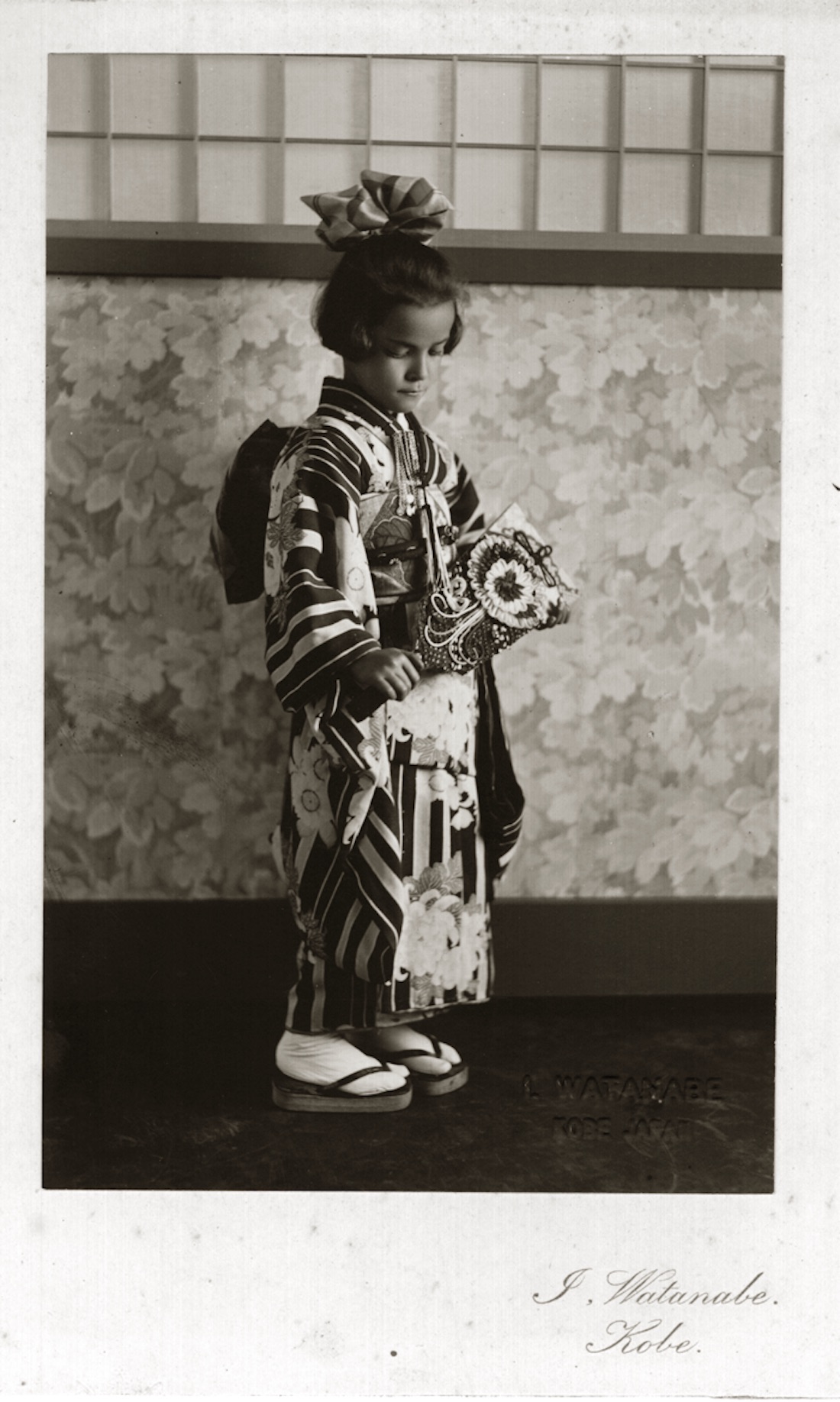 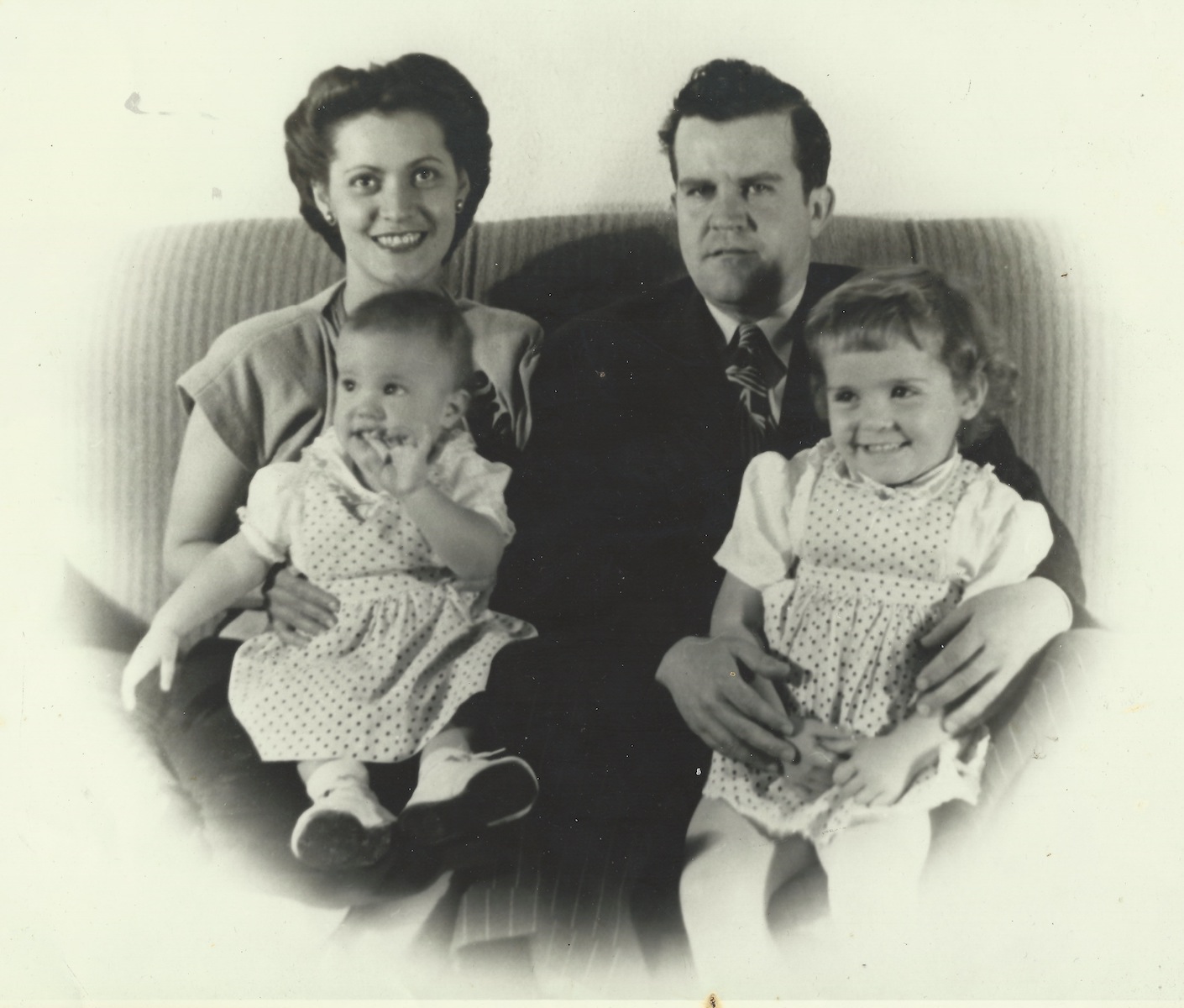 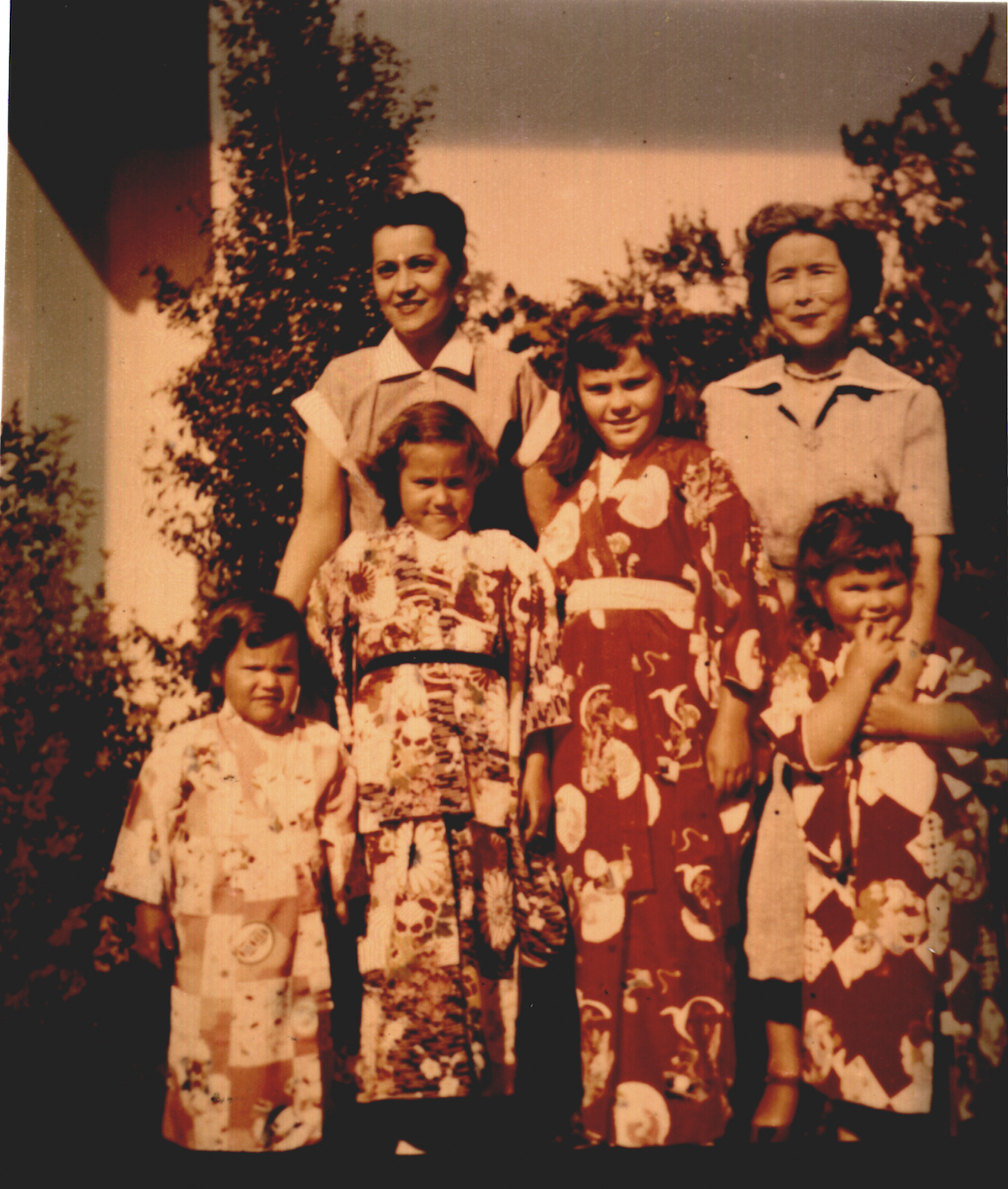 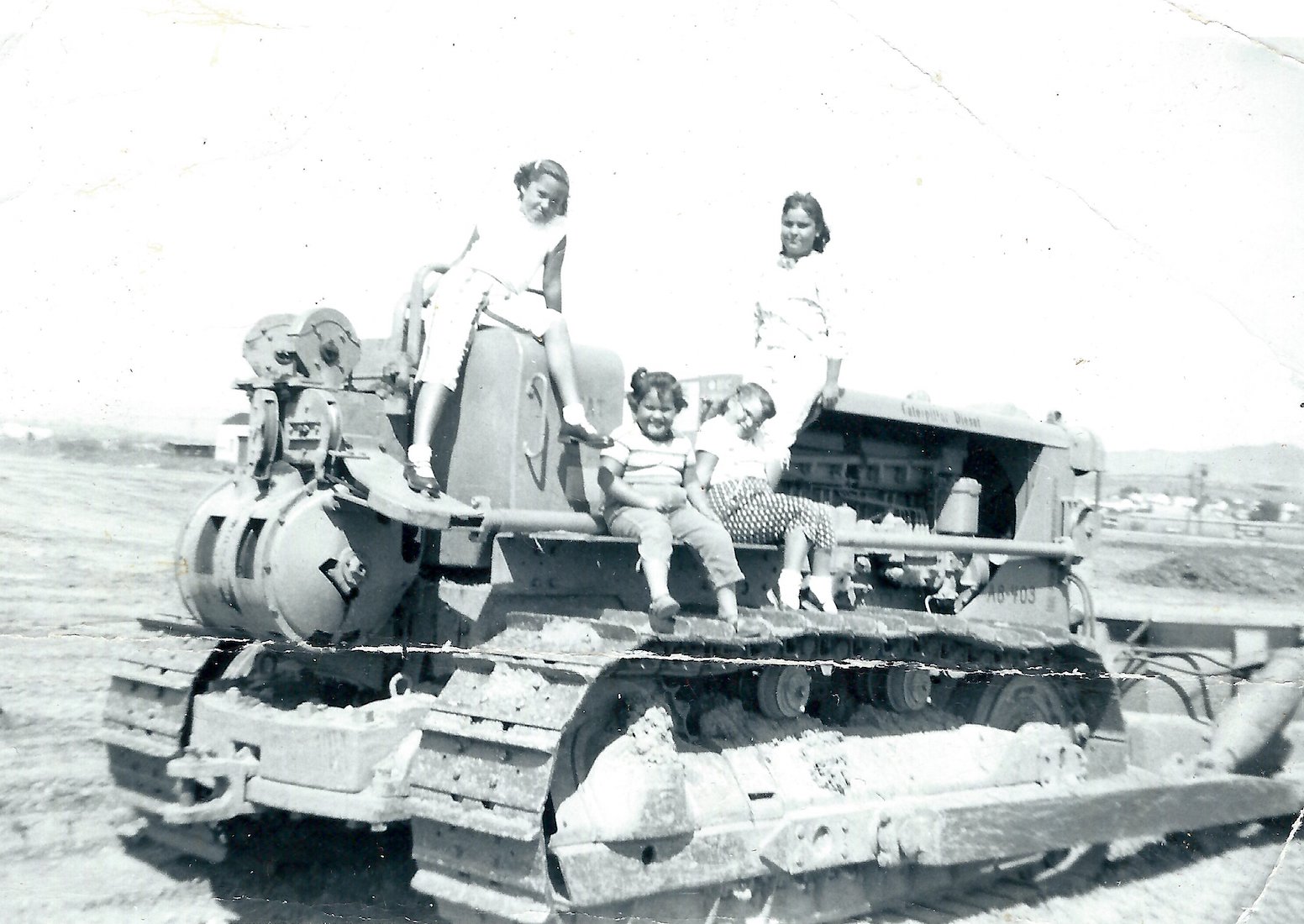 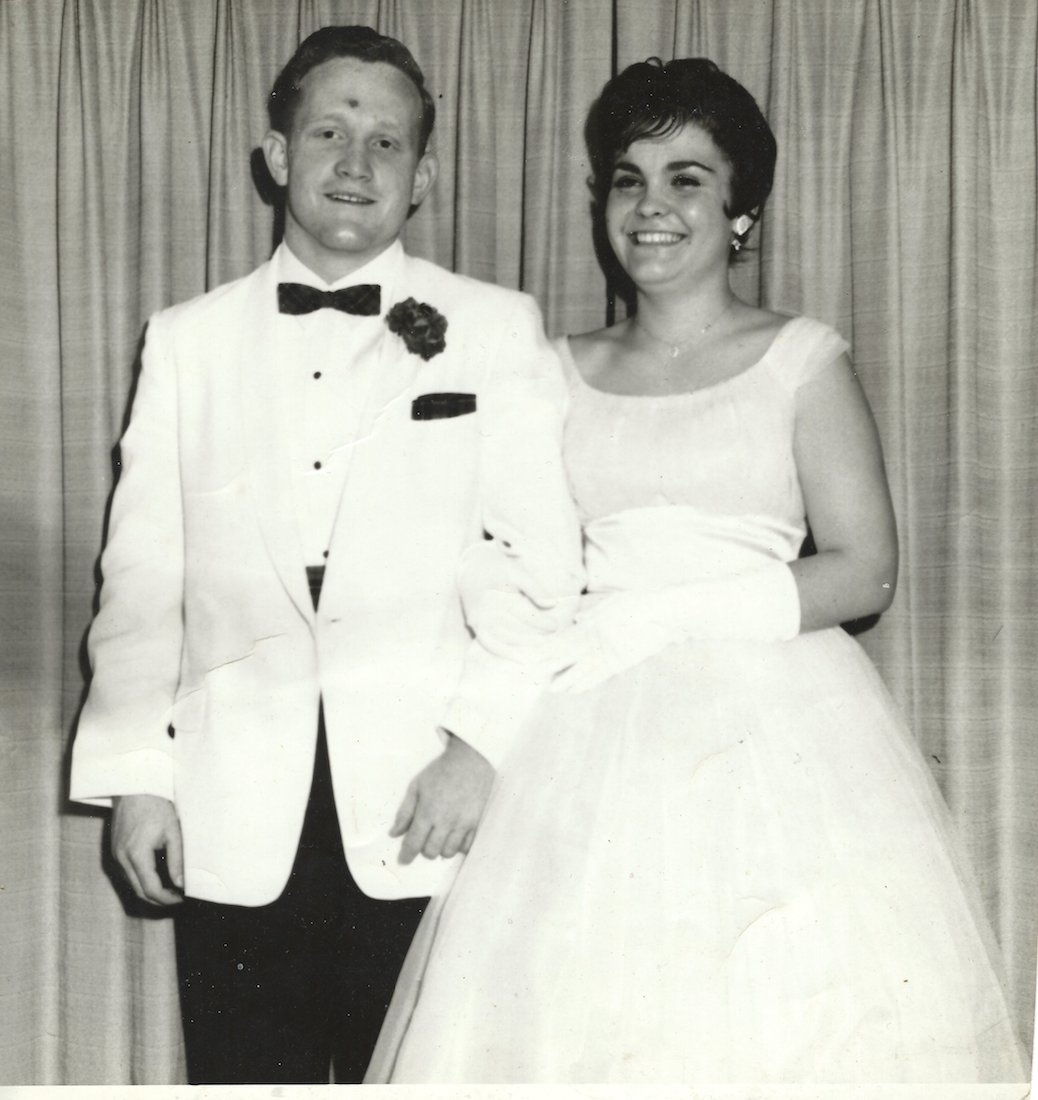 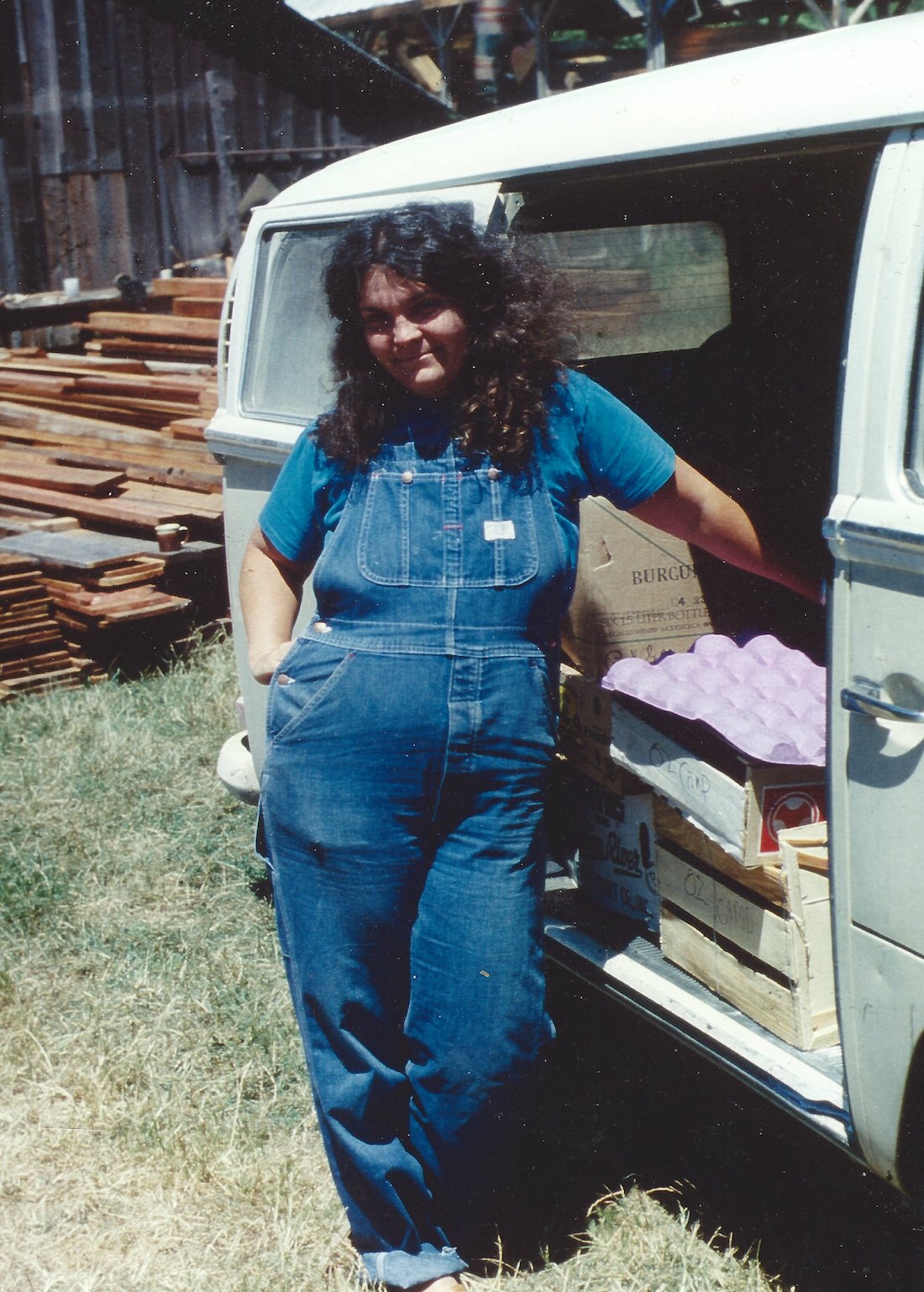 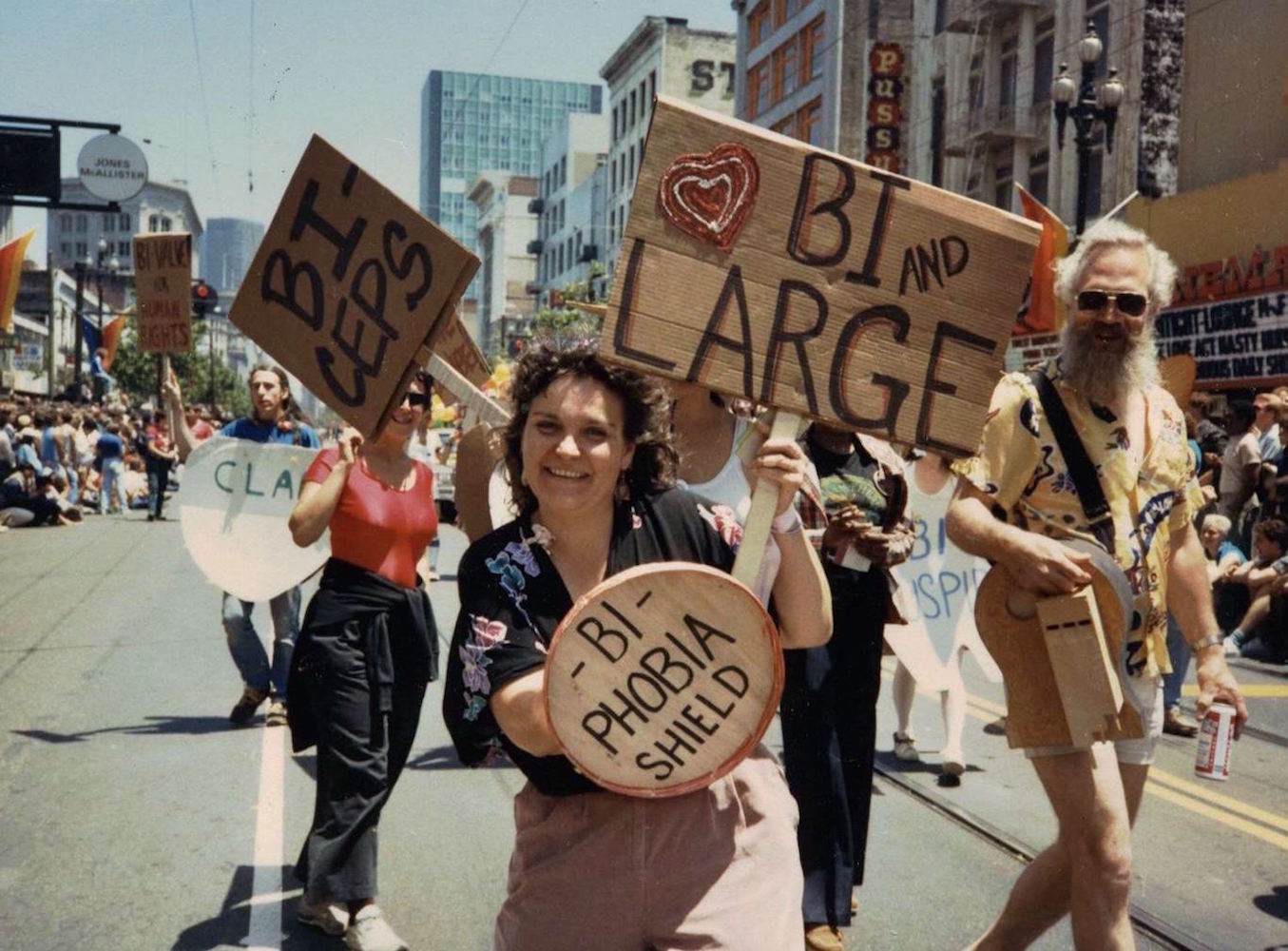 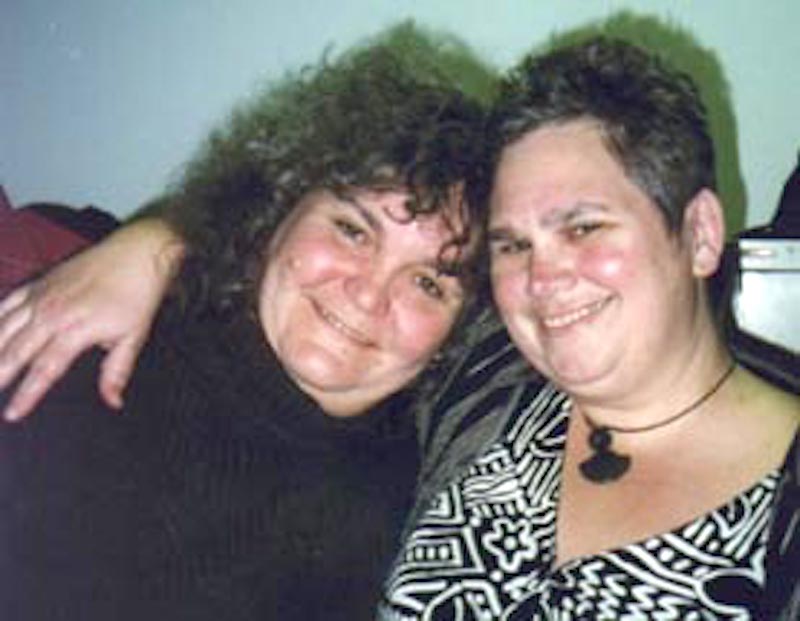 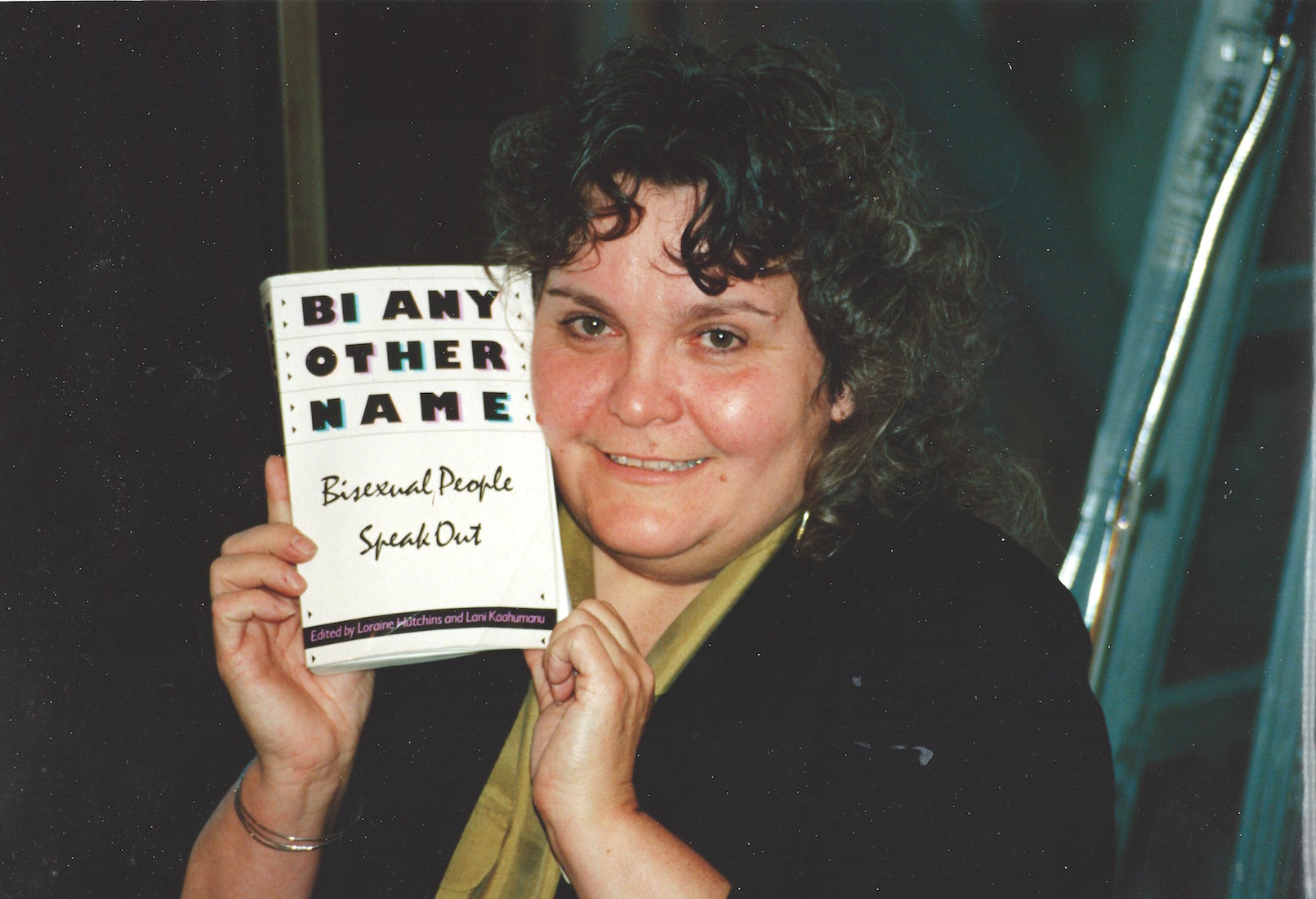 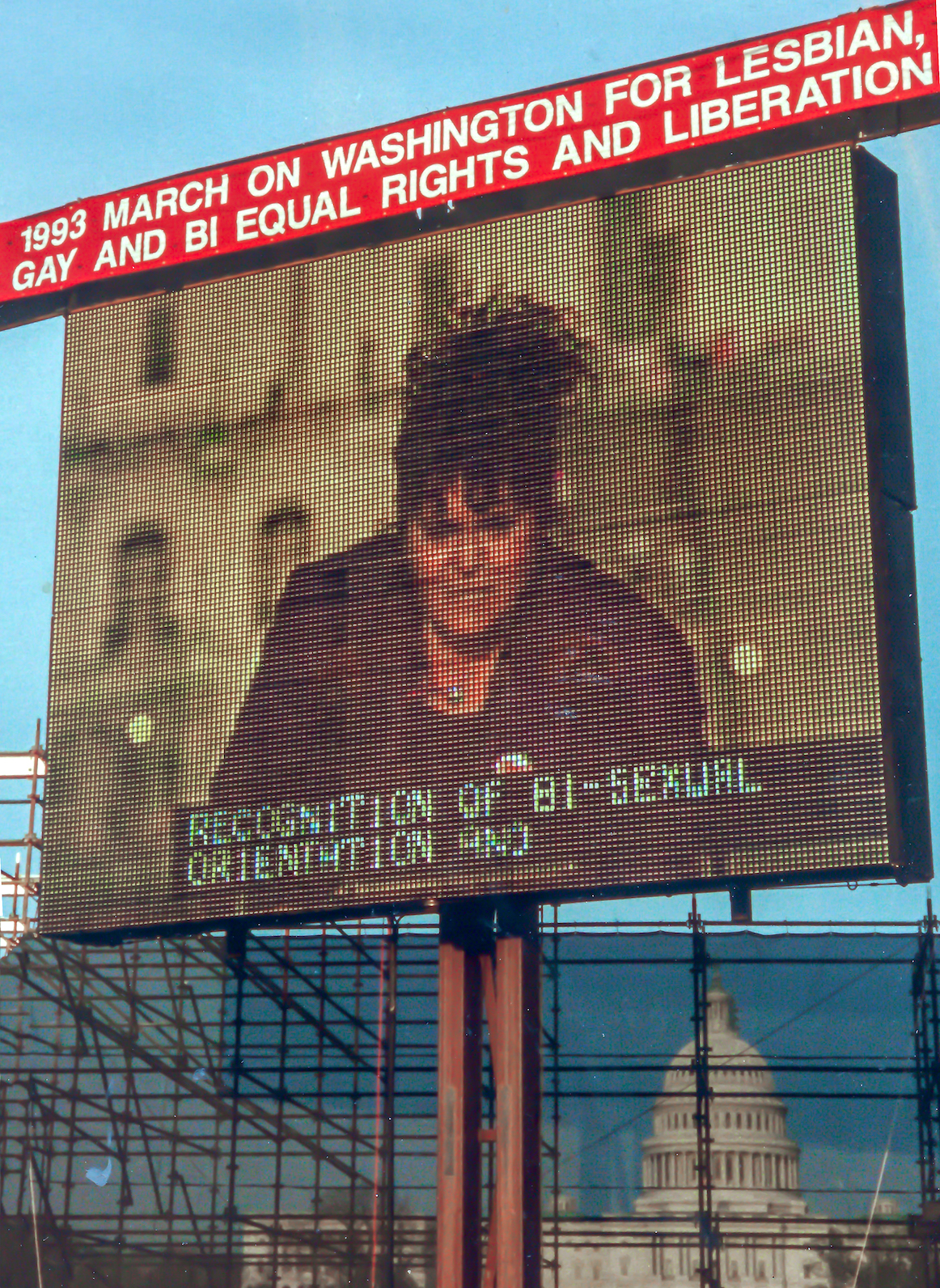 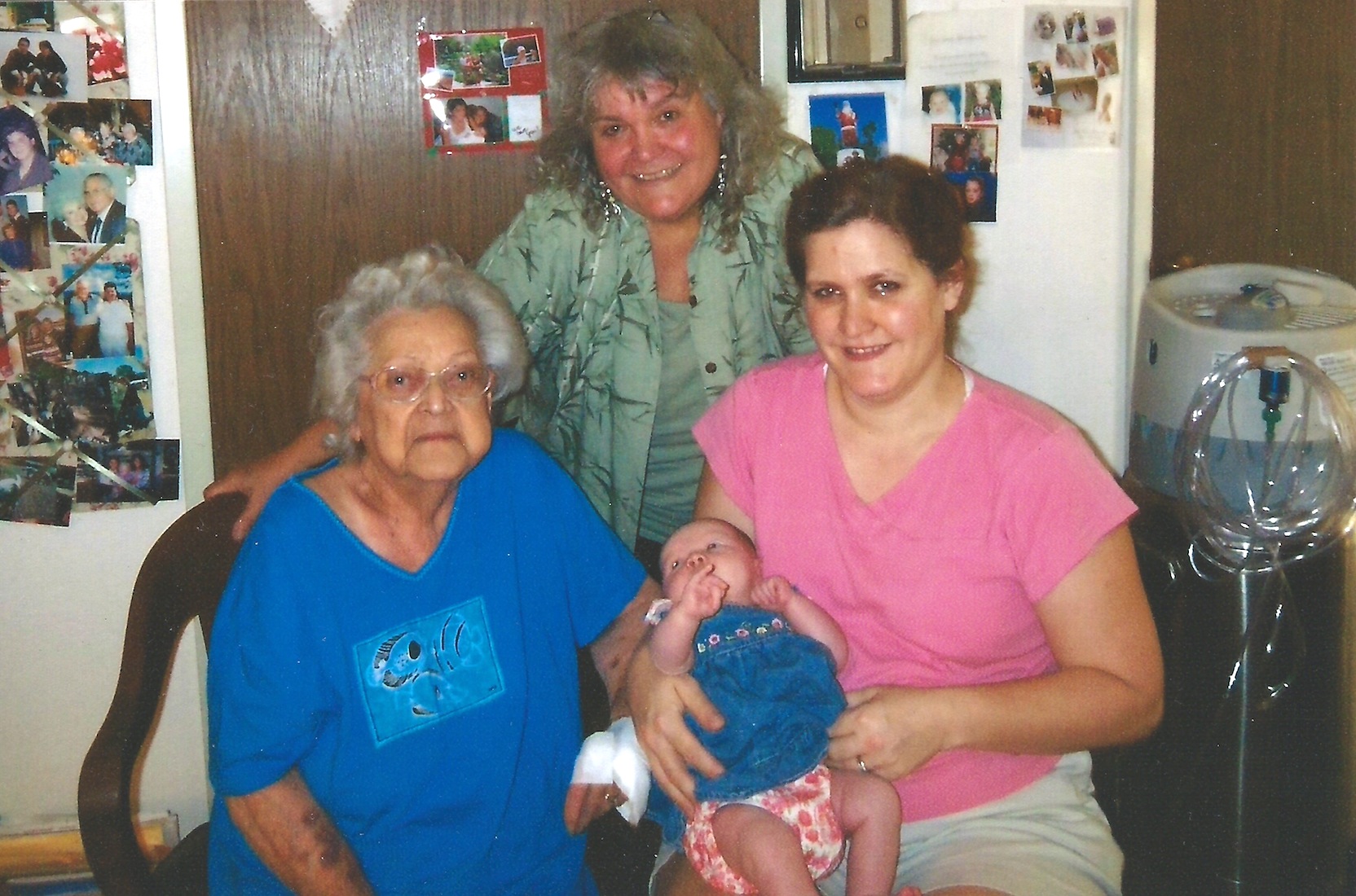