Advanced Search >
BobBI (Barbara) Keppel was born on December 6, 1932 in Washington, DC. She graduated from Oberlin College in 1955, but spent a year abroad at University College, London, where she remains a lifetime member of the Debating Society. A mother of two, she was a social worker for nearly 30 years.
BobBI did not come out as bisexual until she was 43 years old. Throughout college, she only considered herself heterosexual. As she aged, she embraced the fluidity of her sexuality, and began looking for ways to model that fluidity for others. Of all her accomplishments within the bisexual community, BobBI is most proud of creating the Sexual and Affectional Orientation and Identity Scales (SAOIS) with Alan Hamilton. SAOIS draws on the Kinsey and Klein scales of sexual orientation to help users map out their sexuality across time. She uses the model in workshops, classes, and seminars to demonstrate the variety of sexual identities.
In 1991, BobBI contributed to the anthology Bi Any Other Name: Bisexual People Speak Out, a book that propelled the bisexual rights movement forward. That same year, she co-founded the Unitarian Universalist Bisexual Network, which later merged into Interweave, the Unitarian Universalist queer organization.
A prominent activist for safer sex, BobBI has presented and hosted workshops at leading conferences throughout the country. From 1999-2005, she was a safer sex advisor for the Bisexual Health Project in Boston, MA. In 2003, she was the first safer sex presenter at the American Association of Marriage and Family Therapists’ conference. She also presented on safer sex at the National Joint Conference on Aging in 2004.
BobBI is also a devoted fan of folk music. In 1962, she co-founded the Omaha Folk Song Society. Her home became a gathering place for people interested in folk music. As they crossed the U.S., fellow “folkies” could share music in exchange for a bed and meals. Although BobBI no longer lives in Omaha, the group she founded till gathers monthly to share music.
BobBI currently lives in Portland, Maine, where she is a member of The Harbour Singers, a hospice choir that sings to people in end-of-life care. She claims that while her eyesight has deteriorated, her “vision of a better world for bisexuals+ is unlimited.” OUTWORDS interviewed BobBI on a pristine Maine morning in August 2016. Afterwards, buoyed by BobBI’s flinty strength and ineffable optimism, they enjoyed a feast of lobster rolls at a park overlooking Portland’s Back Cove.
BobBI Keppel, age 1, with maternal grandfather, Benjamin Fried, 1933, University Park, MD. BobBI’s father was faculty at the University of Maryland. BobBI Keppel, age 4, sitting on a pony, 1936, Kensington, MD. BobBI writes, “During the depression, the pony’s owner went house to house persuading parents to have their children’s pictures taken with the pony.” BobBI and Bob Keppel married on March 23, 1957, Phillips Brooks House, Harvard University, Cambridge, MA. BobBI Keppel designed and made a quilt for Alex Minier, the new child of Bill and Becky Minier, 1987, Omaha, NE. All of the animals have some personal significance for BobBI and the Minier family. BobBI holds a piglet created for her own daughter Wilma. BobBI Keppel with Alan Hamilton and Woody Glenn, co-founders of the Bisexual Resource Center in Boston, MA, July 1991. BobBI writes, “They are part of my non-biological family. We have been bi activists together for almost 30 years.” BobBI Keppel makes a “Proud Bisexual Parent of a Bisexual” banner and carries it in her first Boston Bi Pride Parade, 1991, Boston, MA. BobBI Keppel wearing her self-proclaimed “true colors” at the Portland Pride March, June 2005, Portland, ME. BobBI Keppel performs the autoharp at Ferry Beach Conference Center, August 25, 2005, Saco, ME. The autoharp was the first Christmas gift BobBI ever received from husband Bob Keppel. BobBI Keppel at Ferry Beach Conference Center, September 2006, Saco, ME. Frets Halligan and BobBI were dressed in yellow and black for the annual Labor Day weekend relay race, the Banathalon. BobBI made Frets’ banana necklace. BobBI Keppel and friends at the Boston Pride Parade, June 2015, Boston, MA. Photo appeared in Boston Spirit magazine, Nov/Dec 2015 titled “Senior Spirit Aging Gracefully.” 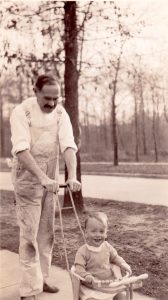 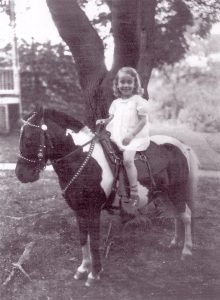 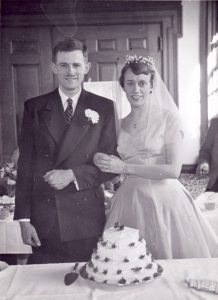 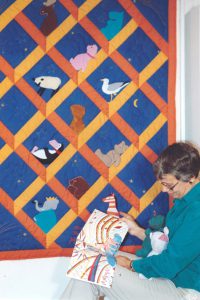 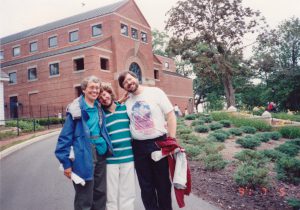 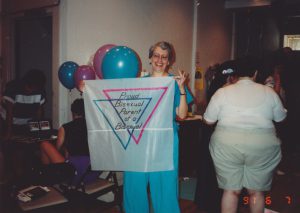 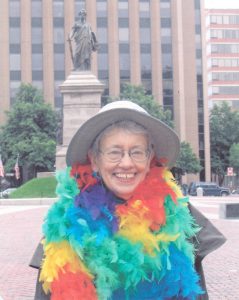 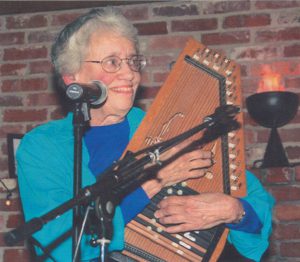 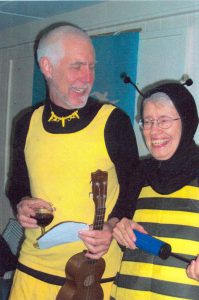 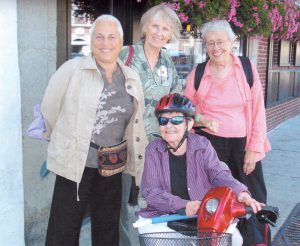