Advanced Search >
June Lagmay was born in Yokohama, Japan and grew up in Historic Filipinotown in Los Angeles. In high school in 1968, she and Rita Romero met, fell in love and have been together ever since. In 1976 June graduated from UCLA and soon got involved in L.A.’s burgeoning gay and lesbian movement – beginning with Dignity L.A., the first gay and lesbian Catholic group, when it was still meeting in secret. She also worked at the L.A. Gay & Lesbian Center in Hollywood and interned for Mayor Tom Bradley’s first Liaison to the Gay Community.
Drawn to politics, June helped manage the campaign of Don Amador, the first openly gay man to run for City Council, and helped organize the first Sunset Junction Street Fair. Turning her attention to gays and lesbians of color, June became a founding member of Asian Pacific Lesbians and Gays, the first such organization in L.A., and served as its first Co-Chair.
After working for Councilmember Peggy Stevenson and Assemblywoman Gloria Molina, in 1988 June became a legislative assistant in the L.A. City Clerk’s office at City Hall.  In 1994, she was asked by then-Mayor Richard Riordan to join his staff as Mayoral Legislative Coordinator. For the next 15 years June continued serving under subsequent L.A. Mayors James Hahn and Antonio Villaraigosa. Then in 2009, Mayor Villaraigosa appointed, and the L.A. City Council confirmed June as Los Angeles City Clerk, making her the first Asian-American and first LGBTQ person to hold this post. June directed the City Clerk’s support function to the L.A. City Council, and a dizzying array of Citywide municipal and special elections. During these years as well, June helped organize an LGBTQ organization for City employees at City Hall.
June retired in 2013 after 32 years with the City, and was promptly appointed by Mayor Eric Garcetti to the L.A. Municipal Elections Reform Commission, and by Gov. Jerry Brown as a California State Commissioner for the Voting Modernization Board. In 2014 she was honored by API (Asian and Pacific Islanders)-Equality L.A. for decades of human rights activism, and by the Los Angeles LGBT Heritage Month as a Legend and Leader in the LGBT Community.
June’s OUTWORDS interview was recorded in April 2017 at the home she and Rita share on a peaceful, tree-lined neighborhood east of downtown Los Angeles. June is a discreet, thoughtful woman who can also be quite funny – especially when talking about Rita, her peppery “partner in crime” for nearly a half-century. June and Rita proudly showed us one tiny photo they kept from their high school days, literally stuck to its glass frame. But they are proudest of their legal marriage in October 2008, just before the passage of Proposition 8.  Although in 2018 they will celebrate 10 years of “official” marriage, in reality, they are closing in upon 50 years together – a extraordinary milestone that only a select few LGBTQ couples are privileged to achieve.
June and her mother Kikue Awano Lagmay, 1955, Los Angeles, CA. June rides a pony at about 2-3 years old, circa 1956, Los Angeles, CA. June’s future wife Rita rides a pony, also about age 2-3 years old, circa 1956, East Los Angeles, CA. June and Rita at age 17 prepare to attend a Long Beach production of Jesus Christ Superstar, November 1971, Los Angeles, CA. June shares it was “kind of a first date.” June and Rita held a "blessing" ceremony of their relationship officiated by a Dignity priest, September 27, 195. It wasn't until 2008, 33 years later, that they were able to conduct a legal wedding ceremony. June and Rita at a "blessing" ceremony of their relationship officiated by a Dignity priest, September 27, 195. June works managing the campaign to elect Don Amador, the first openly gay man to run for City Council, circa 1980, Los Angeles, CA. June and Rita in their 30’s on one of their annual pilgrimages to the Manzanar internment camp at Lake Diaz, Lone Pine, California. June and Rita on their wedding day at their home, October 2008, Temple City, CA. City Clerk staff assembled this poster of various pictures of June Lagmay in her tenure as City Clerk 2008-2013 to commemorate her retirement, 2013, Los Angeles, CA. June Lagmay photo on her retirement day, August 2013, Los Angeles, CA. 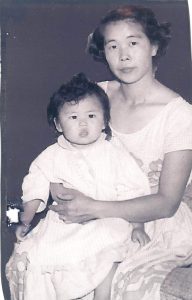 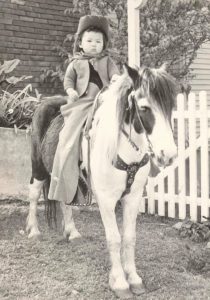 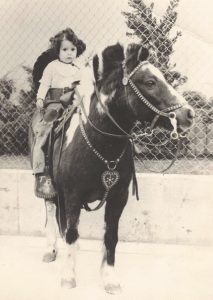 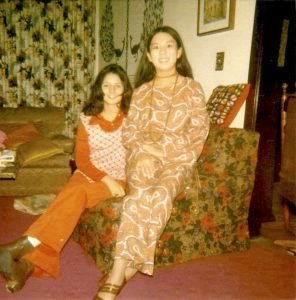 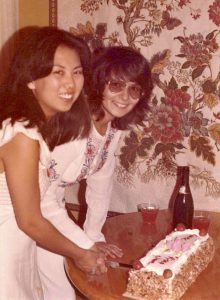 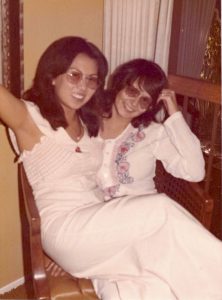 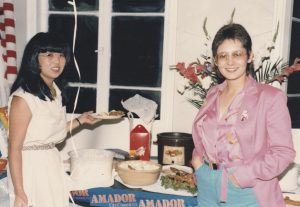 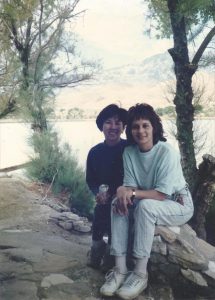 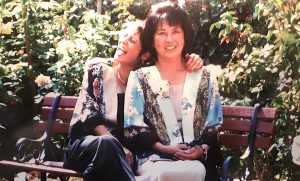 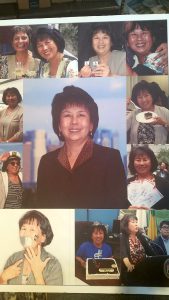 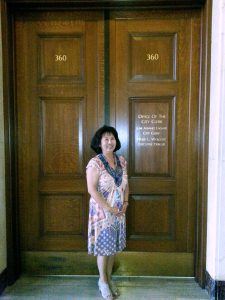