From very early on, Kay Lahusen loved sports, and taking pictures with her box camera. So it’s not surprising that she went on to become the first openly lesbian photojournalist of the LGBTQ movement.

Born into a middle-class Cincinnati family in 1930, Kay graduated from college in 1952, and moved to Boston to work in the reference library for the Christian Science Monitor. Although she had already had dalliances with women, she took on homosexuality as a research topic, finally discovering the magazine The Ladder, a publication of the Daughters of Bilitis (DOB). Through the DOB, Kay met Barbara Gittings. During their 46 years together, Kay and Barbara became two of the most influential activists in the early LGBTQ movement.

Out of cowardice, shame or discretion, The Ladder in those days either had no cover art, or only showed artistic renderings and disguised photos of women. Kay decided that was bunk. In January 1966, Ladder readers were greeted by a photograph of a smiling Lilli Vincenz on its cover.
Through the 1960s and ‘70s, Kay photographed countless other activists, demonstrations, and marches of the LGBTQ movement, helped found the Gay Activists Alliance, and in 1972 co-wrote one of the earliest anthologies of gay activism, The Gay Crusaders (subtitled ‘In-depth interviews with 15 homosexuals – men and women who are shaping America’s newest sexual revolution’). As a team, Kay and Barbara were active in the American Library Association’s Gay Task Force, and were instrumental in persuading the American Psychiatric Association to remove homosexuality from its list of psychiatric disorders in 1973.

In 2007, Barbara passed away. Kay donated their photos, writings and papers to the New York Public Library.

Setting up Kay’s OUTWORDS interview took time. As Kay doesn’t use email, we were advised to send her an old-school letter through the mail. A couple of weeks later, Kay’s response came back, inviting us to call. Eventually, a date was set to interview Kay at the Quaker retirement community she calls home, an hour west of Philadelphia. Surrounded by framed photos from her illustrious career, Kay gave a riveting interview; and in the weeks that followed, she peppered us with names of other early gay activists whose stories were essential to capture. Kay understands journalism, she understands history, and she understands how small, determined steps can add up to a revolution.
Kay Lahusen at home, early 1960s. Fifth and final annual Reminder Day picket, Independence Hall, Philadelphia, PA July 4,1969. Photo credit: Nancy Tucker. Proof of portrait photographs of a gay couple by Kay Lahusen, circa 1970. Kay Lahusen, Troy Perry, Vito Russo; and John Paul Hudson, circa 1971. Barbara Gittings at typewriter at home. Photo credit: Kay Lahusen. Kay Lahusen in her New York City apartment, circa 1973. Kay Lahusen at a retrospective of her photojournalism for The Ladder, the first national lesbian magazine, 2001. 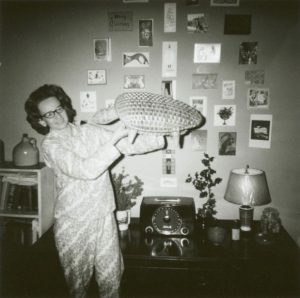 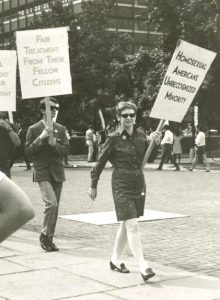 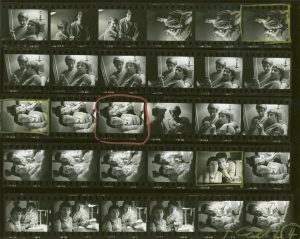 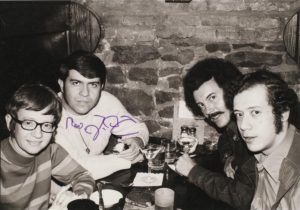 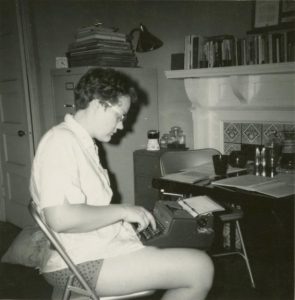 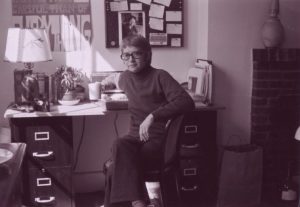 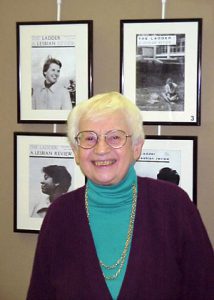