Advanced Search >
Lamar Van Dyke was born Heather Elizabeth Nelson in Canada in 1947, and grew up in Buffalo, New York. Lamar’s mother was a homemaker, and her stepfather was a pipe fitter and a staunch German patriarchist who told basically told Lamar, ‘You will not do this, you will not do that, you will not leave the house.’ Throughout Lamar’s teenage years, she and her stepfather were at war; in her words, “It was some kind of Freudian thing: I grew breasts, and he lost his mind.”
At nineteen, Lamar left home and had a daughter whom she gave up for adoption. In the following four years, she got married and divorced three times. Then, as far as she was concerned, she was done with men. She’d heard there were lots of lesbians in Toronto, so she headed there and soon moved in with a lesbian couple who were publishing a women’s newspaper, and experimenting with separatism and ‘smashing monogamy’ (what today we might call polyamory). From Toronto, Lamar and three other women joined the Women’s Land movement, buying a farm near Peterborough, about an hour northeast of Toronto.
Lamar survived one winter on the farm, then hit the road again, this time spearheading a group of rabblerousing women who shaved their heads, dubbed themselves the Van Dykes (dykes in vans = the Van Dykes), and hopscotched across America and even into Mexico, stopping only on Women’s Land. At the 1979 Michigan Womyn’s Music Festival, the Van Dykes put on the first S&M workshop. Many women found the display deeply harmful, not to mention offensive. To Lamar, it was liberating.
In 1980, now on her own, Lamar landed in Seattle. Tattoos and leather became the focus of her life, and her tattoo shop became one of the key epicenters of Seattle queer life.
Along with running her tattoo shop, Lamar became a ‘queen-pin’ in the local S&M scene, and just as in her Van Dyke days, developed her own devoted following of women. In 1994, Lamar’s daughter, now 26 years old, contacted Lamar out of the blue. They connected and are still in each other’s lives today.
A lot has changed in Lamar’s life since she flipped her stepfather off for the last time. Today, Lamar speaks with men, works with men, and even allowed a man to interview her for the OUTWORDS archive. She waxes on about things like menopause, her grandchildren and her garden. But make no mistake: Lamar is still wild, a big pirate of a woman. Life to Lamar is and always will be an adventure. Otherwise, why bother?
Lamar Van Dyke plays cowgirl as a child. Lamar Van Dyke at age 17. Lamar Van Dyke with friends after a work party at the women's land they owned in Ontario, Canada. Lamar at Tattoo You, her tattoo shop in Seattle, WA. Lamar shares that her shop “saw everything including weddings and funerals.” Lamar competing in Mr. Gay Washington. Lamar competing in Mr. Gay Washington, where she "accidentally" became the first woman to win a male title. The Sluts from Hell (L-R): Ramona Carbona the Body Shop Ownah, Mean Starlene (Lamar), and Yvonne Gonne. Sluts from Hell: Ramona Carbona the Body shop Ownah (front), Mean Starlene (Lamar in the middle), and Yvonne Gonne (back). Lamar rides with Dykes on Bikes. Lamar rides with Dykes on Bikes. Lamar turns 60, rents a theater, and sings “Still Crazy After All These Years.” Lamar Van Dyke, Taylor Coleman (right), and friend at Lamar’s 70th birthday. 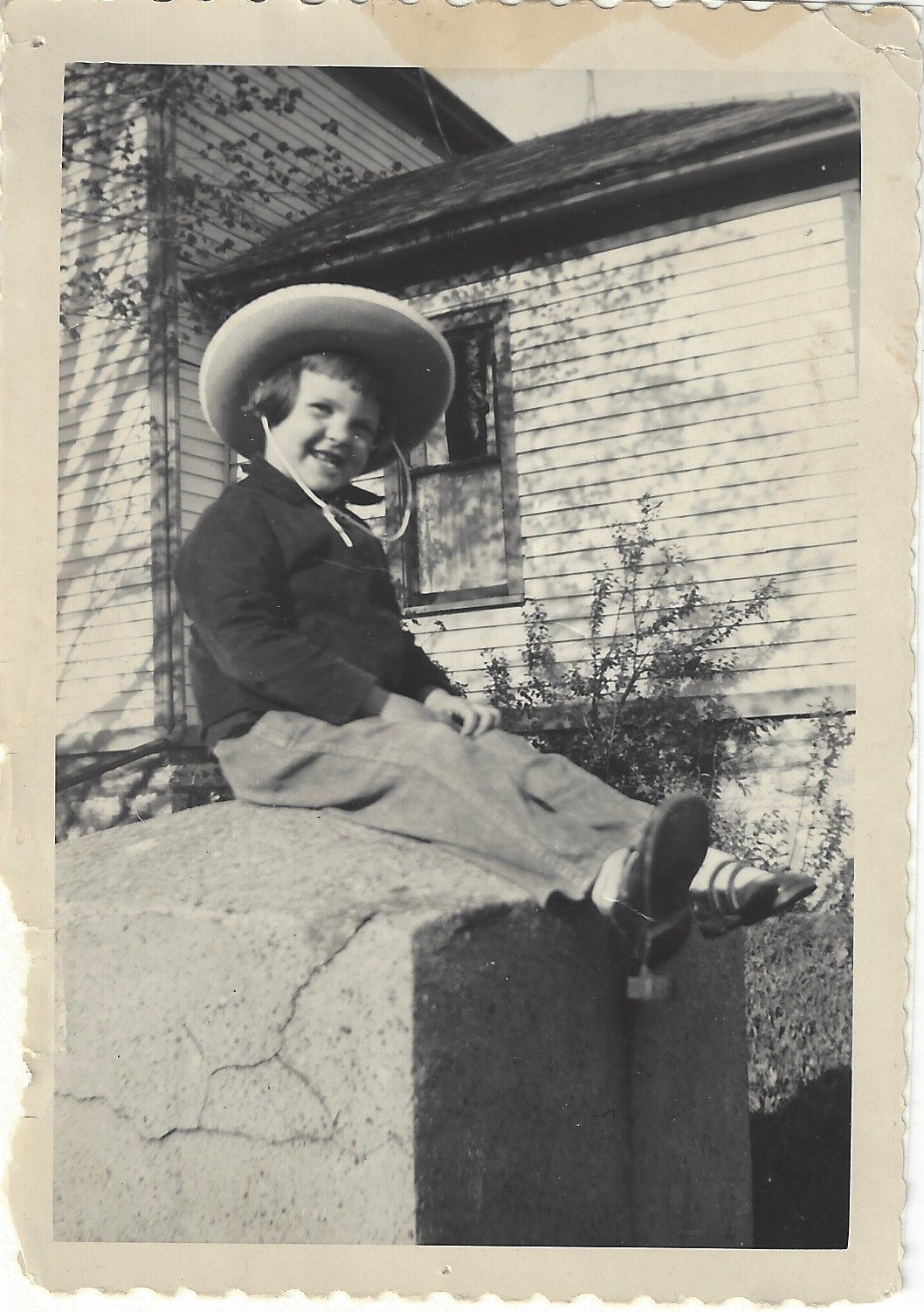 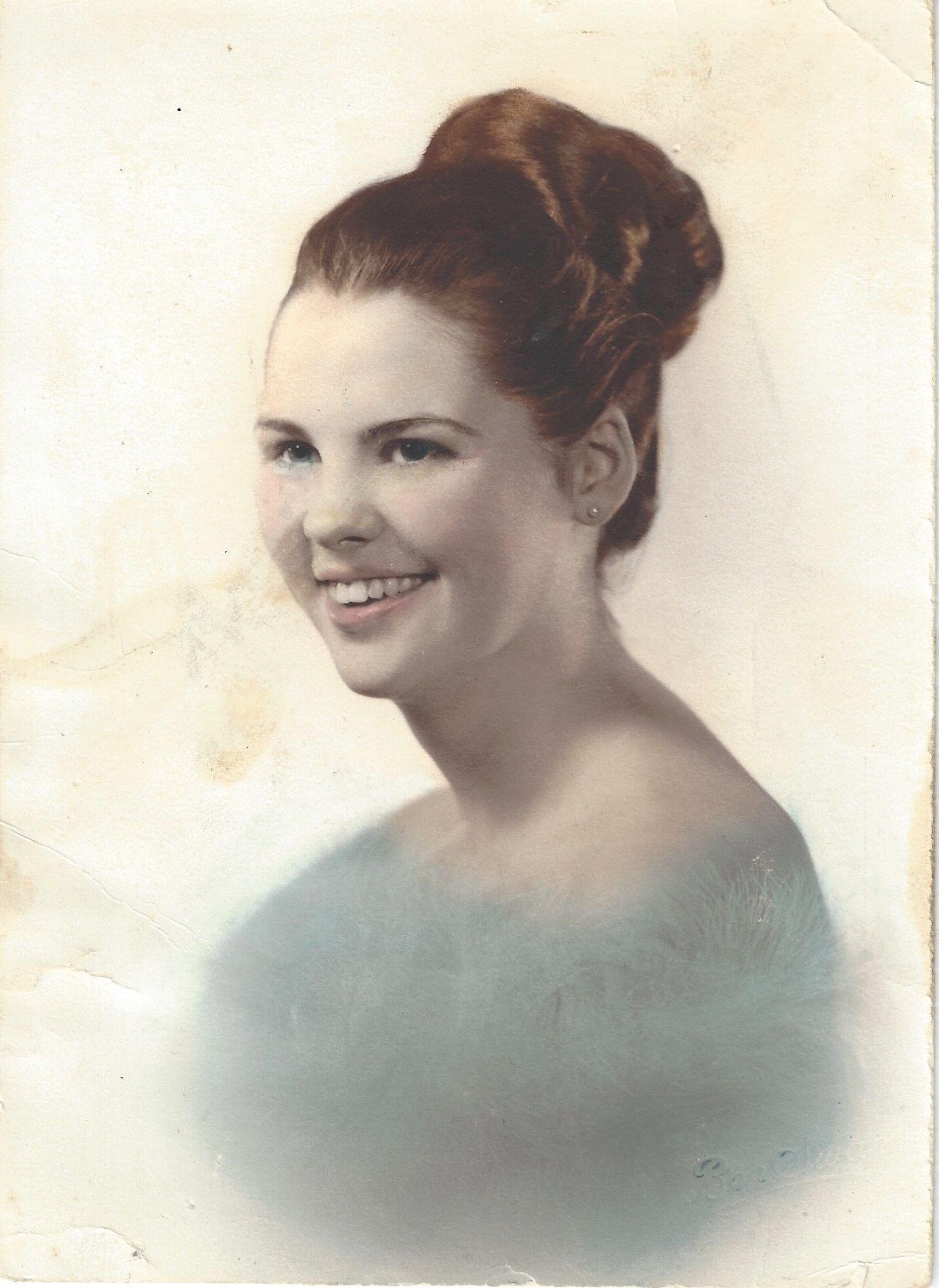 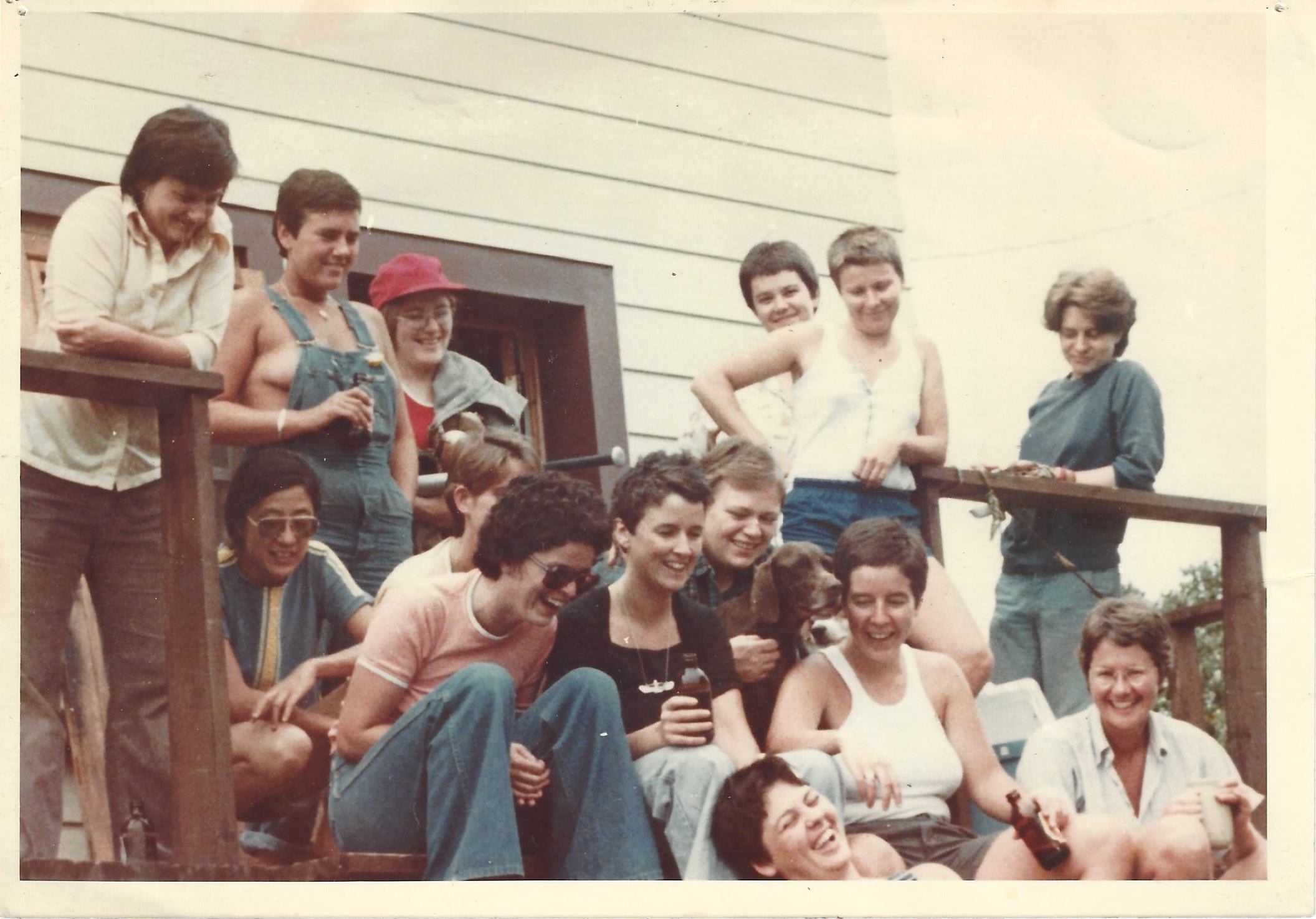 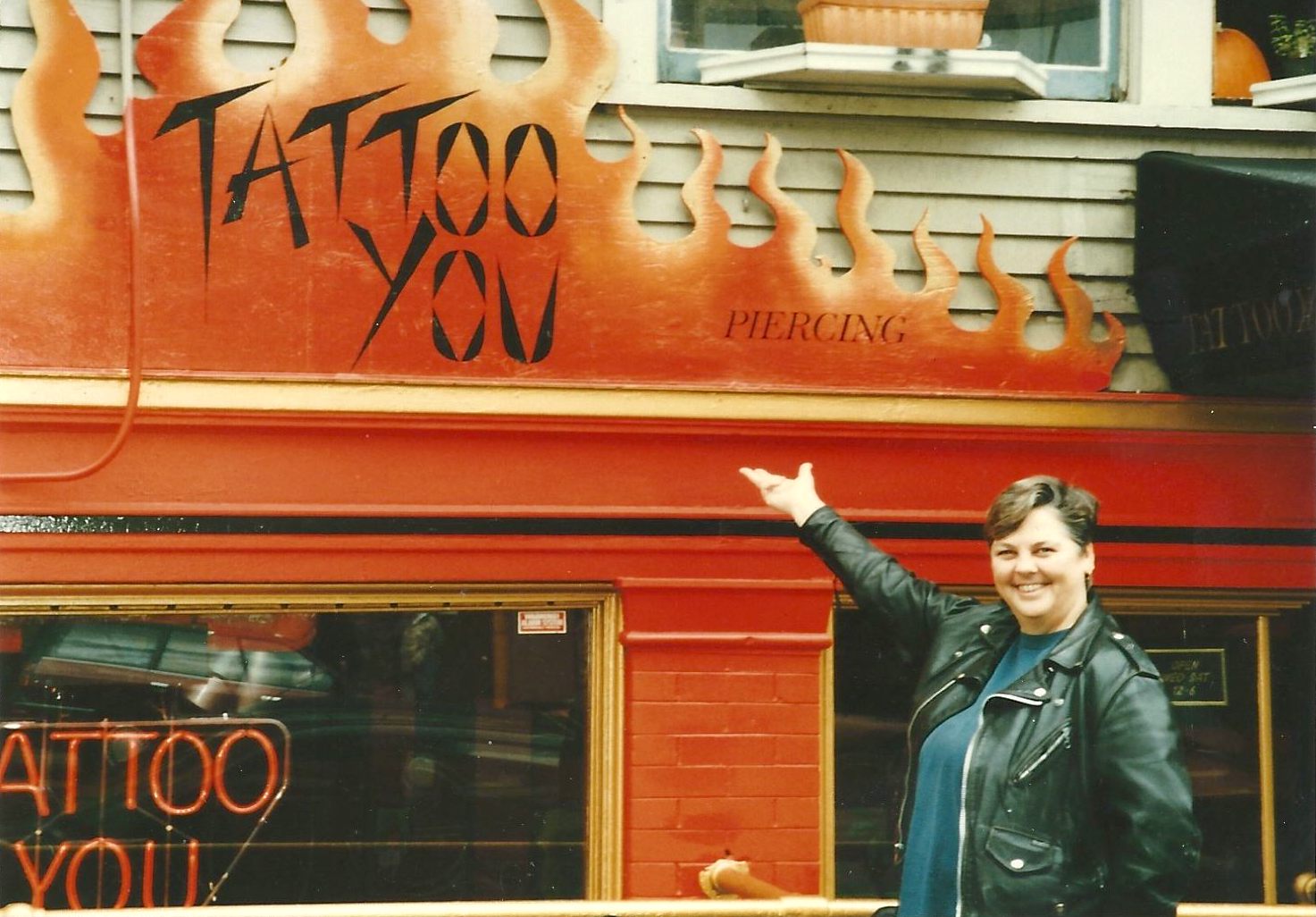 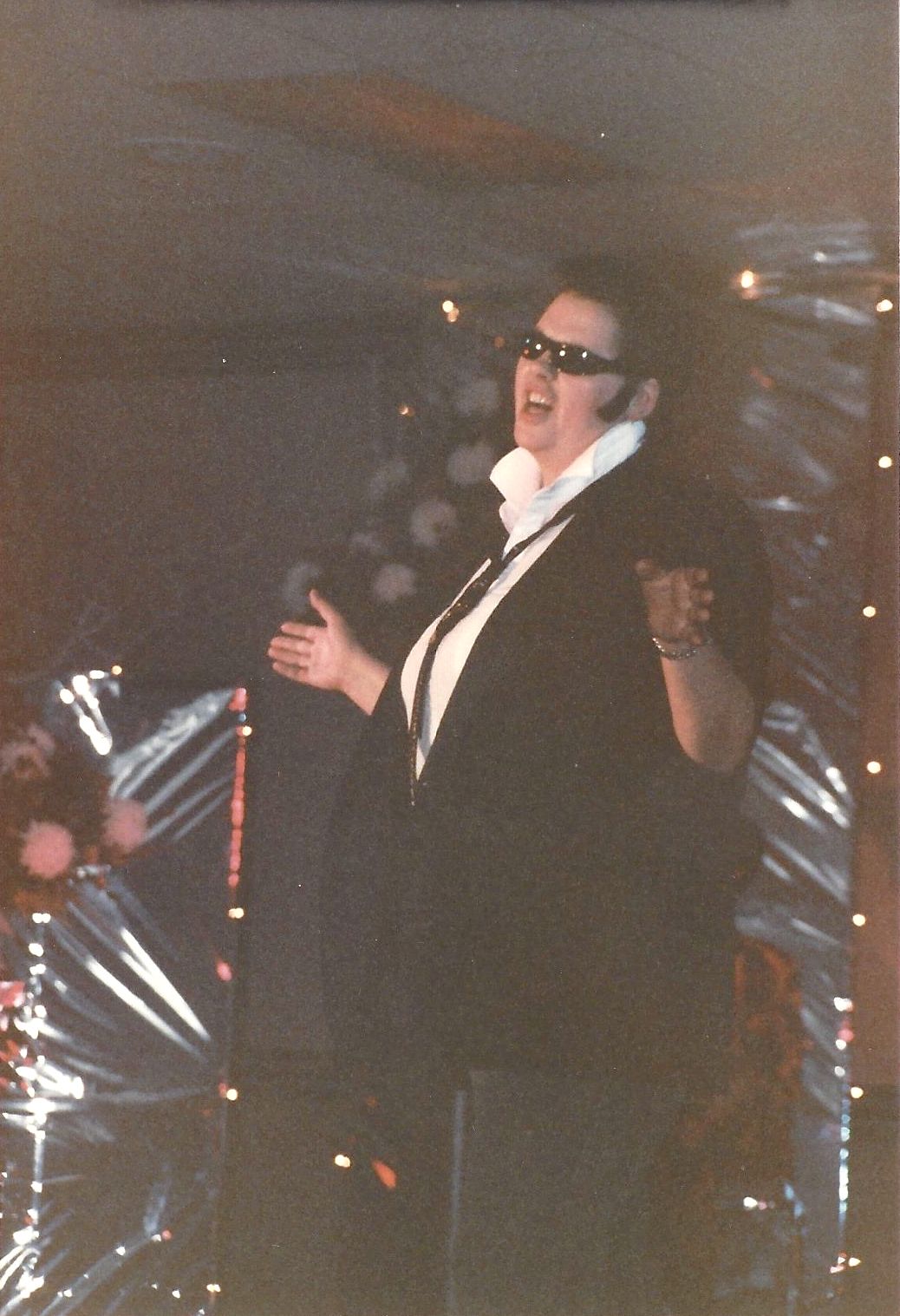 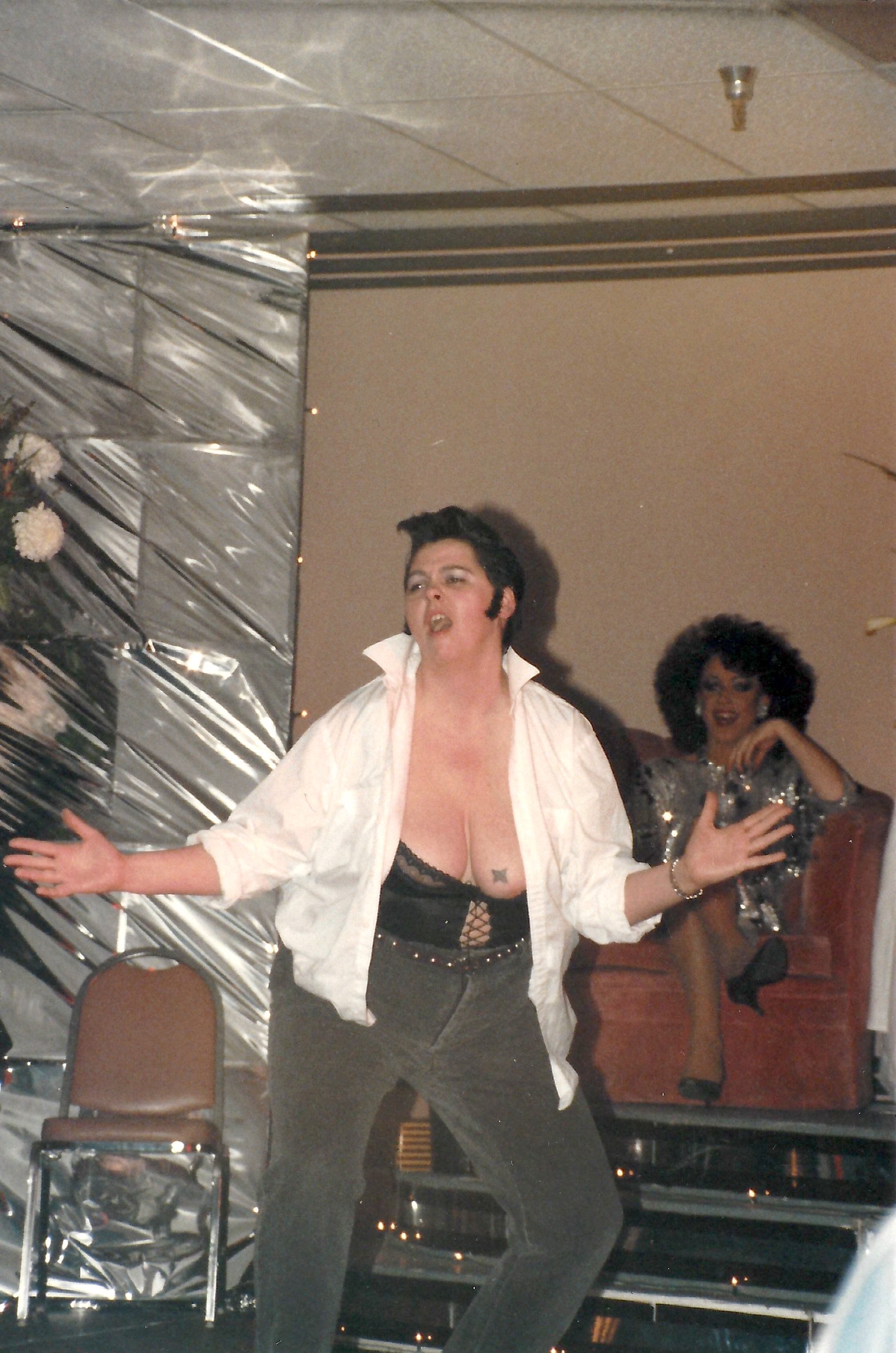 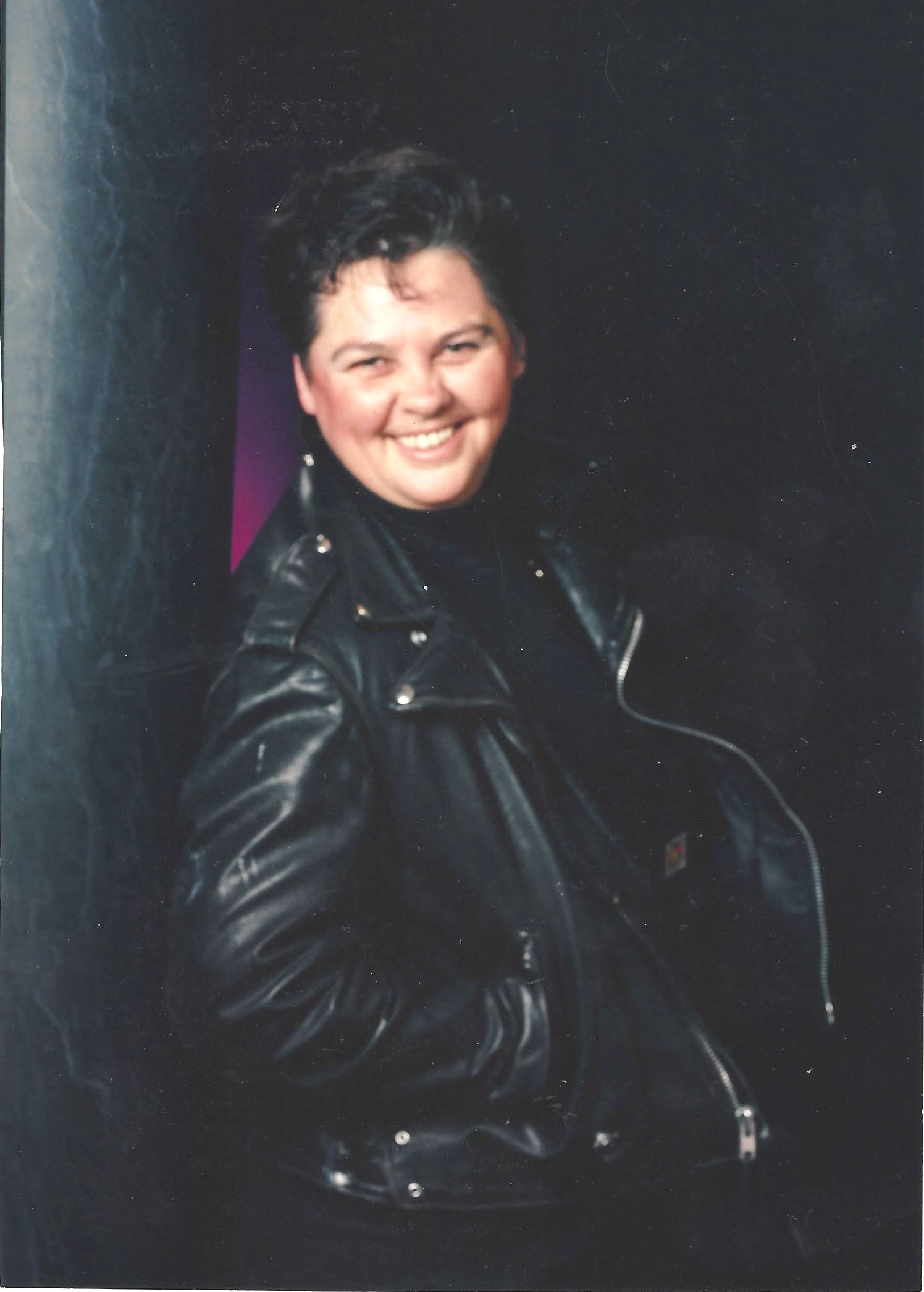 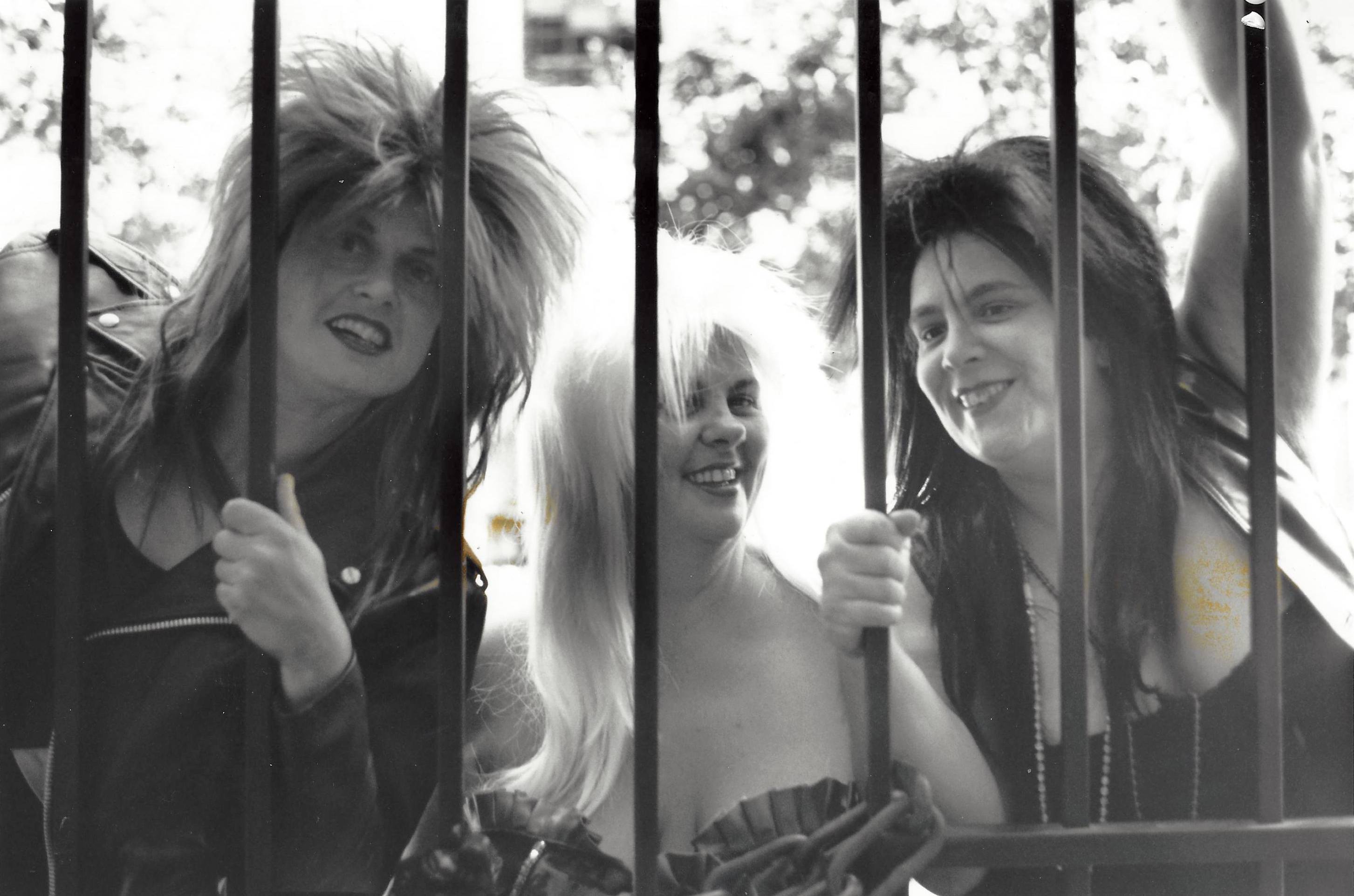 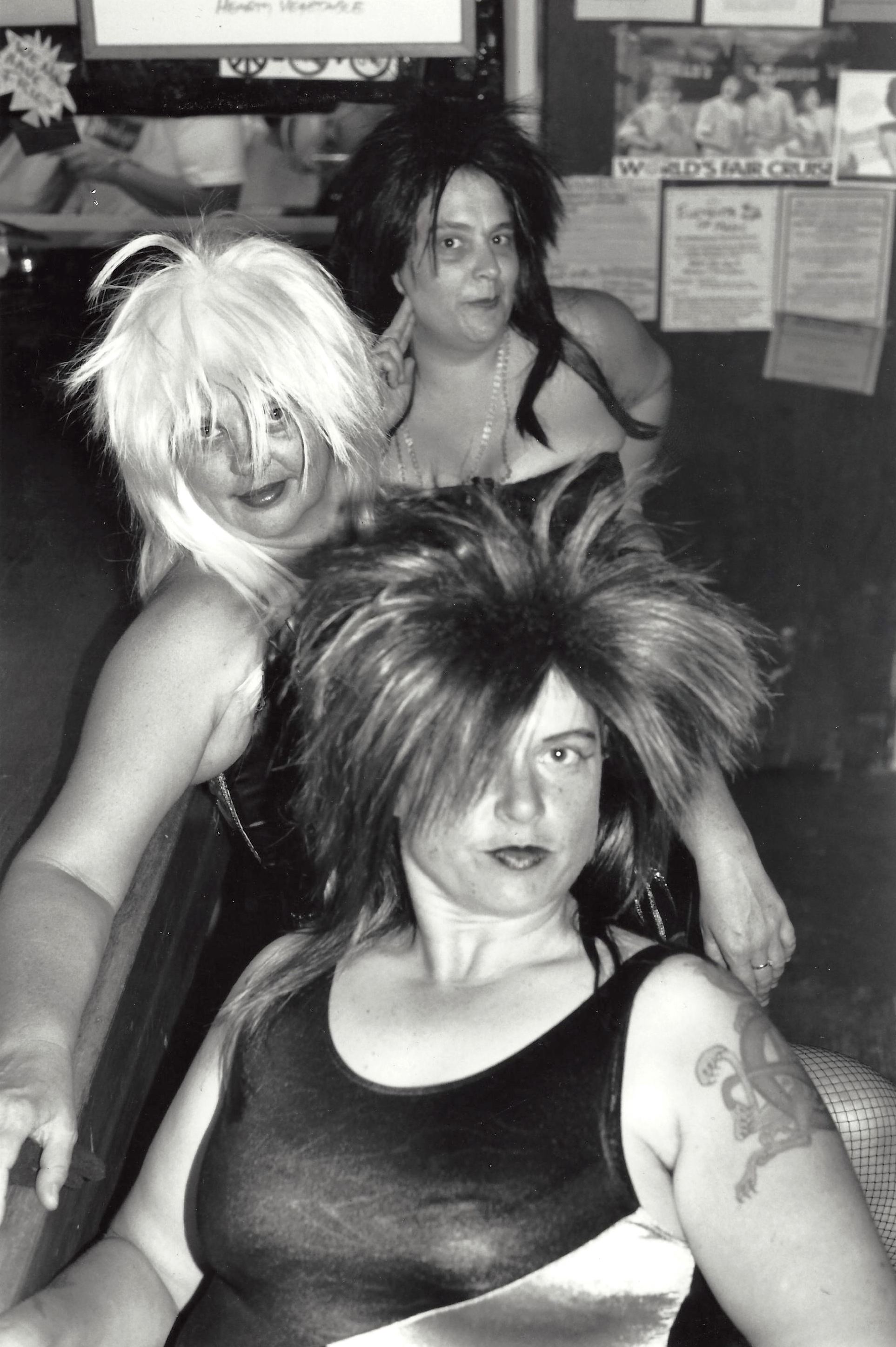 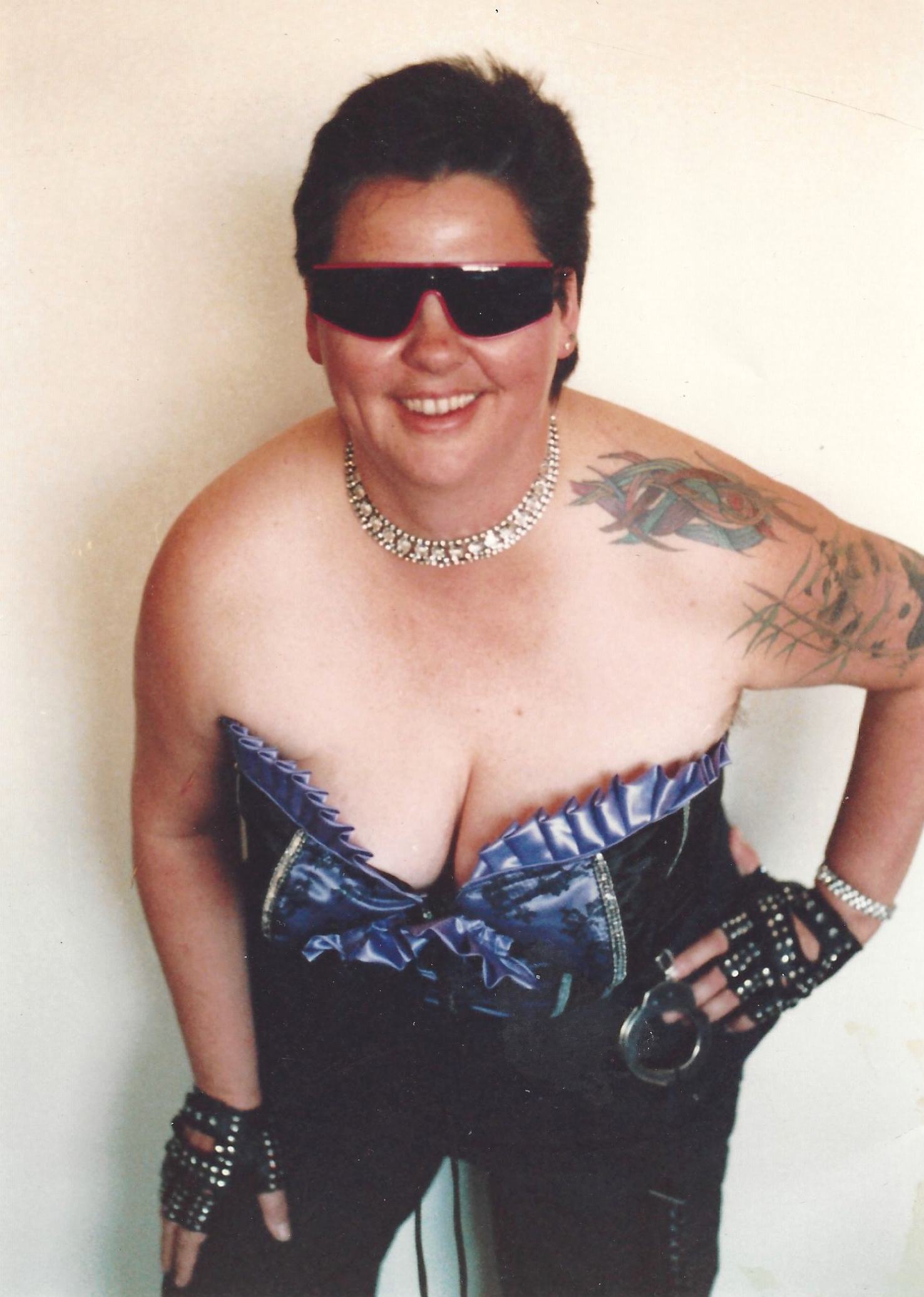 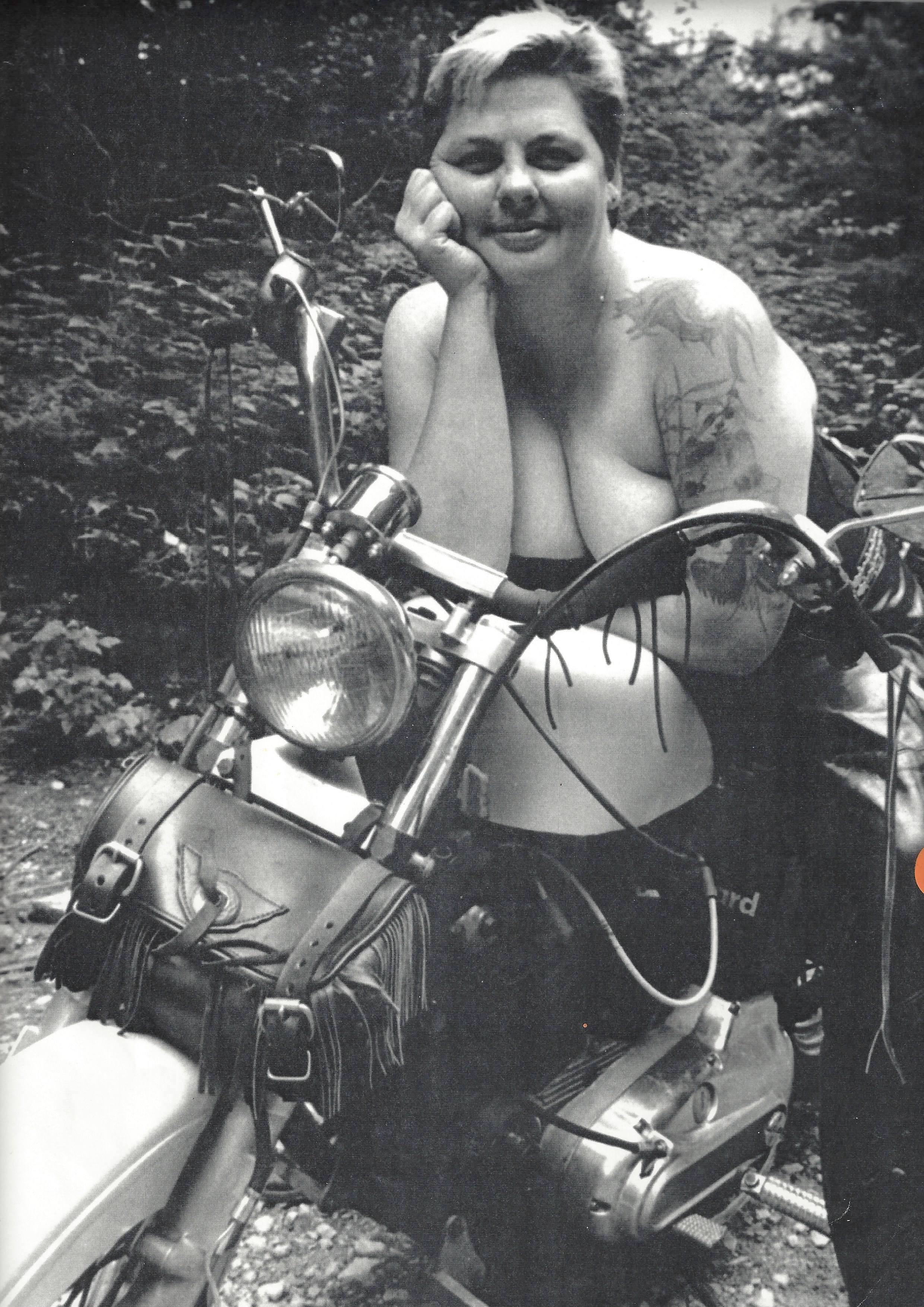 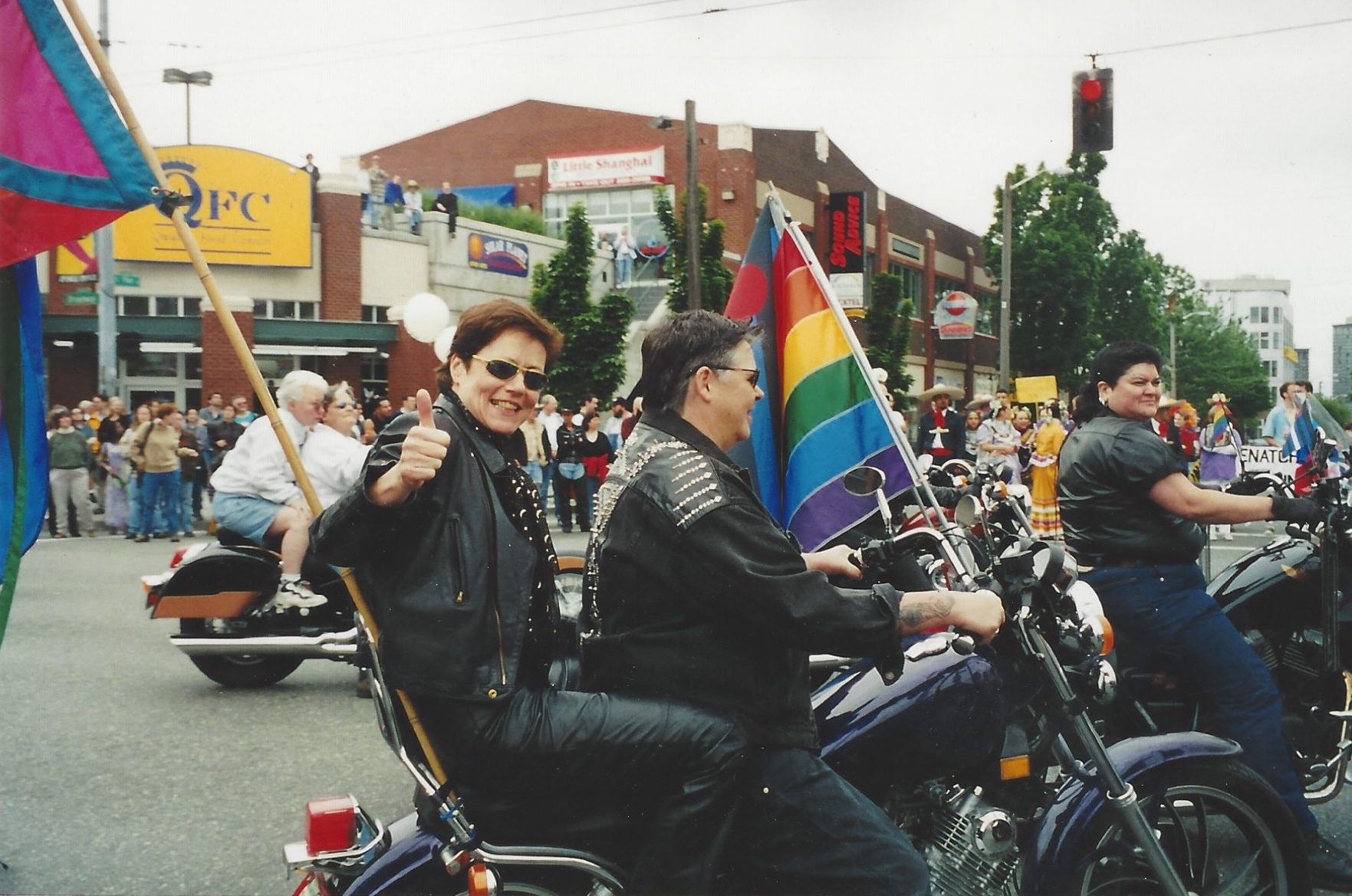 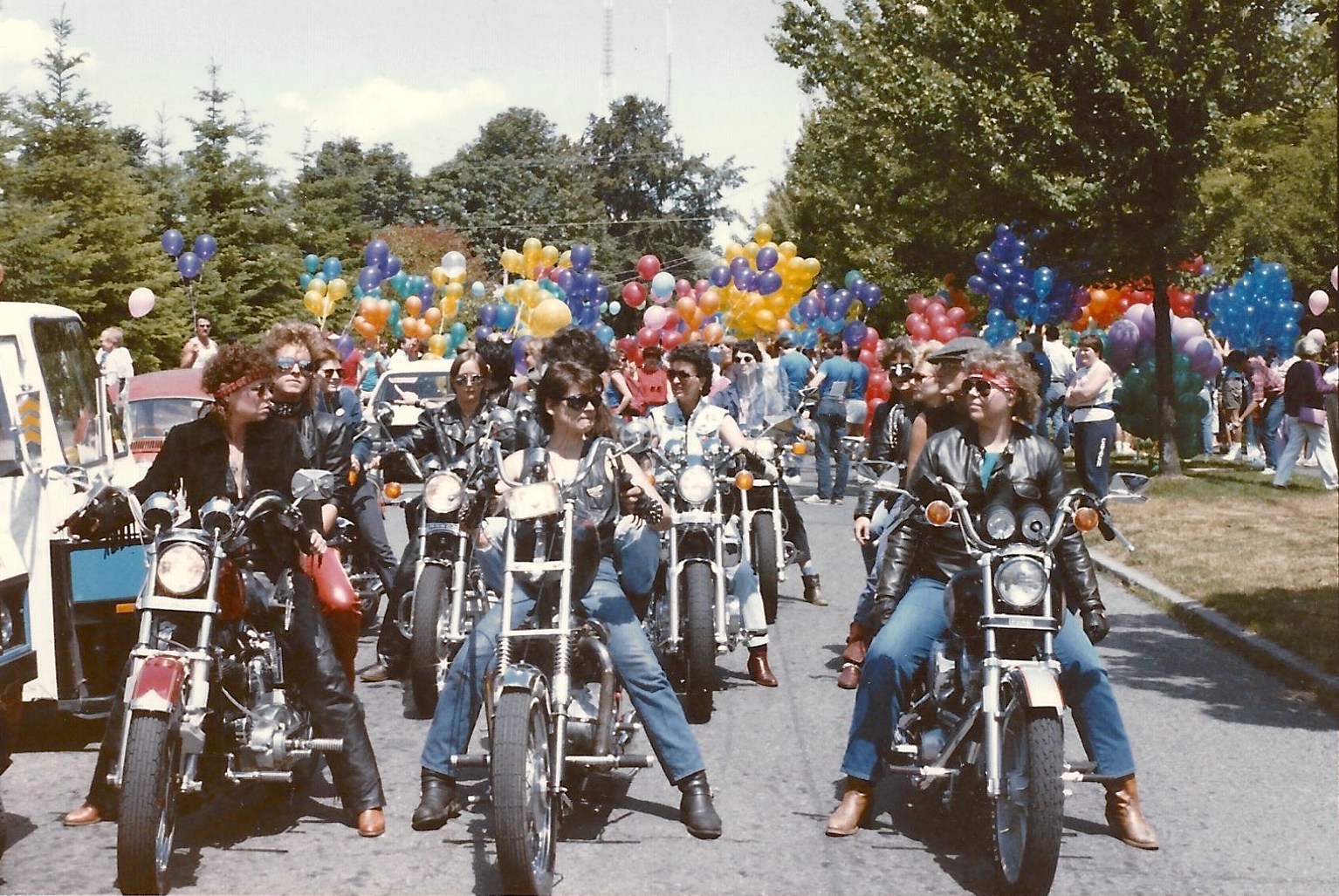 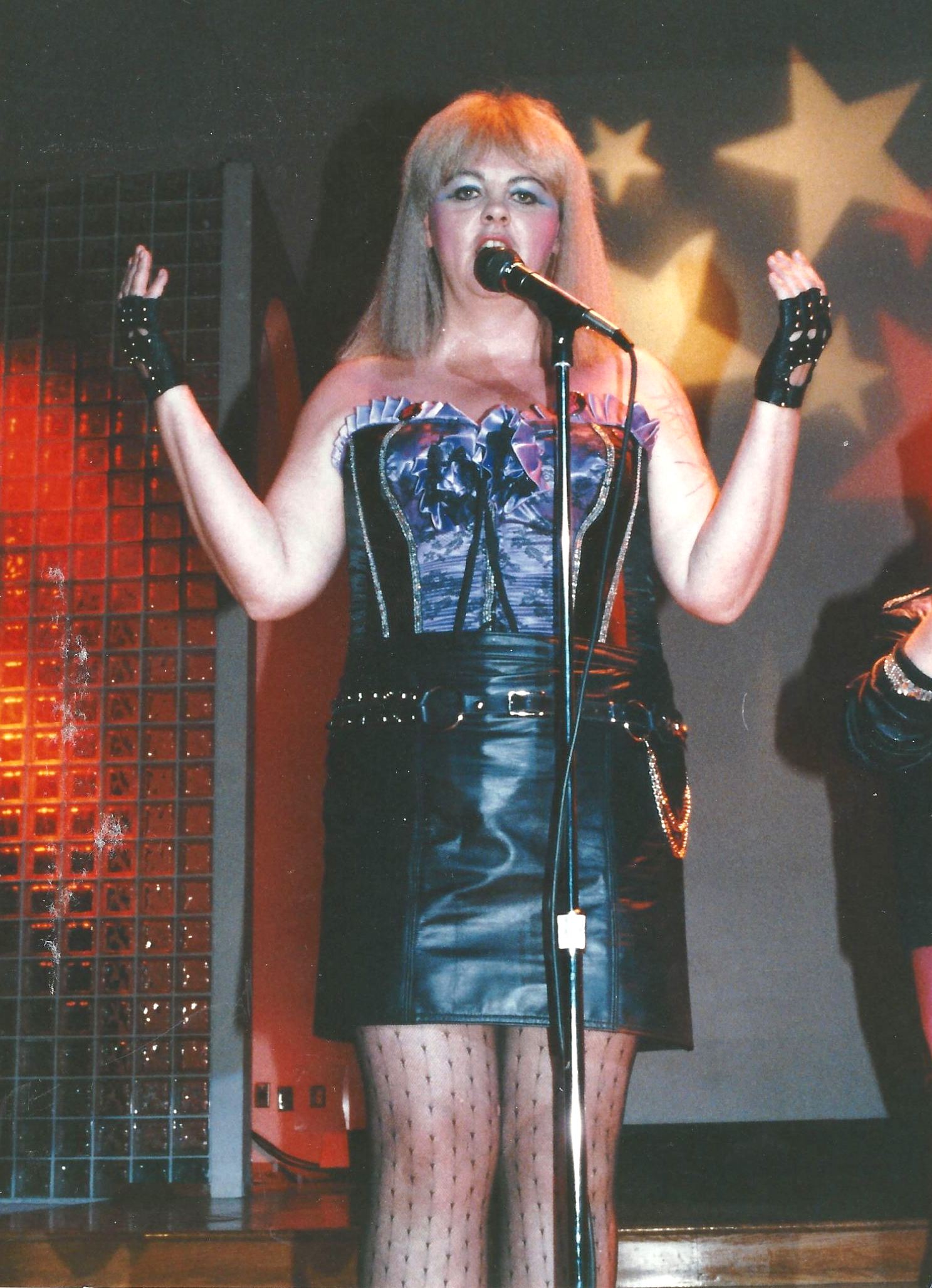 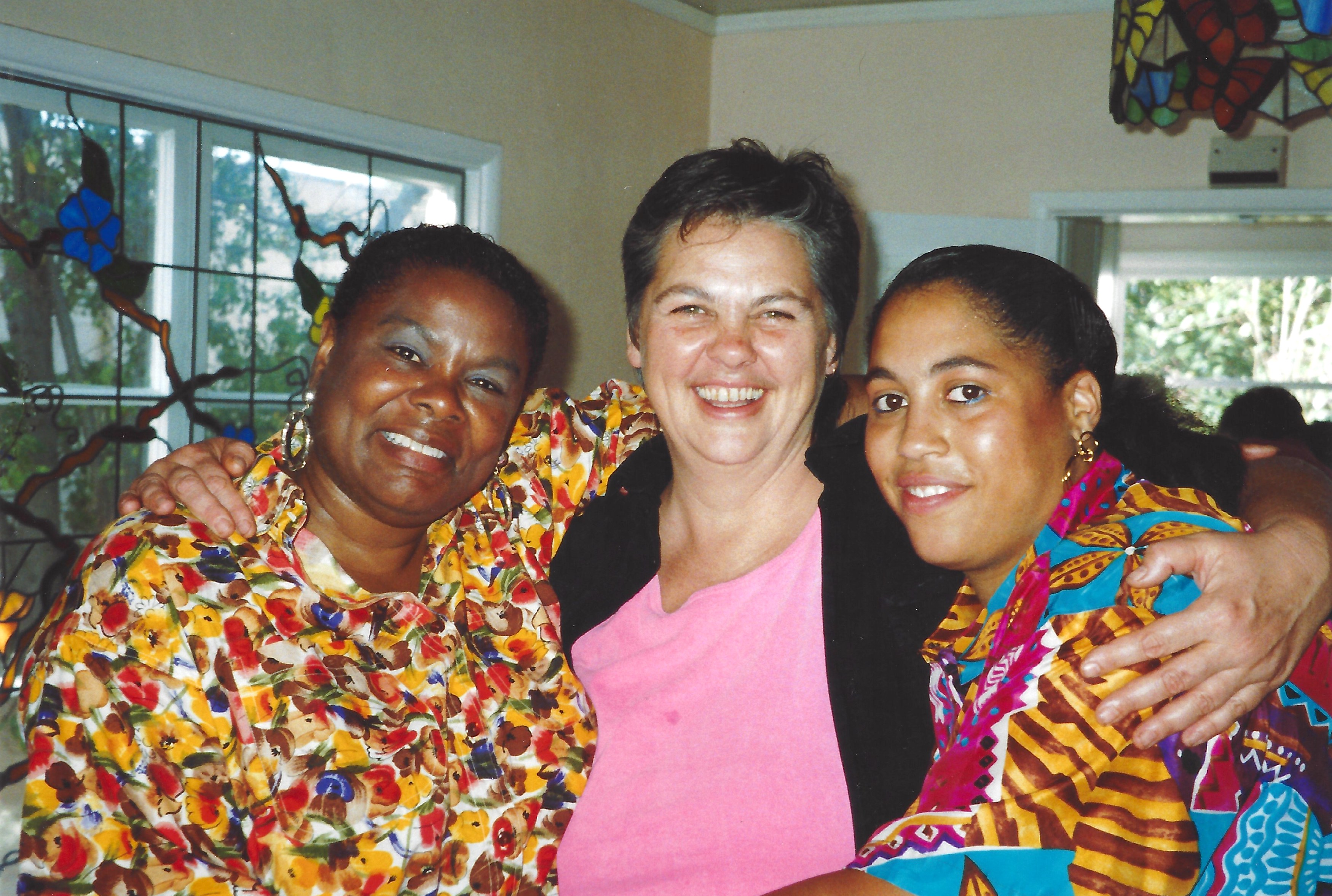