Advanced Search >
Marianne Diaz was born in Santa Monica, California, and grew up in Lennox, a poor neighborhood in the flight path of Los Angeles International Airport. Surrounded by violence, Marianne became a gang member at 13 and started her own female gang soon after. Following the death of both her parents by the time she was 17, Marianne went to prison for attempted murder. She was 18 years old.
Marianne earned her high school diploma while incarcerated at the California Institution for Women in San Bernardino County.
Upon her release three years later in 1982, a Deputy Sheriff with the Los Angeles County Police Department – the officer who had put her in prison – recognized Marianne’s leadership potential and helped her get a job with L.A.’s Community Youth Gang Services, a city and county-wide agency dedicated to gang intervention and negotiating for peace. She spent over a decade there and rose to the position of deputy regional director.
Marianne has devoted her career to breaking the cycle of violence in underserved communities. In 1995, Marianne founded CleanSlate, a program to provide low-cost tattoo removal for former gang members. Since its founding, the organization has expanded to help gang members, felons, and survivors of domestic violence confront injustice in their lives through therapy, conflict resolution programs, and other services.
Since 1998, Marianne has also been the director of outreach services for Southern California Counseling Center. In recent years, Marianne has expanded her work to include LGBTQI youth in the impoverished Watts community. Starting in 2015, she launched an empowerment program with therapy sessions for LGBTQIA kids to talk about their struggles and build their self-esteem. CleanSlate also runs support groups for the children’s parents.
OUTWORDS interviewed Marianne in Summer 2016 at the home she shares with her partner Roxanne, whom she met when they were both working with survivors of domestic violence. In person, Marianne is funny, wry, and a little world weary. Yet it’s clear that she believes fundamentally in the capacity of each person she meets to heal, change, and grow.
Photo of Marianne Diaz’s (L) father and (R) Uncle Joe (Tio Jose). This was taken when her Father and Tio Jose were in their prime. They played Mexican music at parties and performed in public. Marianne Diaz and her father on opposite sofas. Marianne Diaz adored her father and wanted to emulate him, even at a young age. Photo of Marianne Diaz’s (L-R) Dad, cousin Angel, and Mom. Angel, being the closest cousin in a family of 9 kids, had Marianne Diaz’s parents as godparents. Marianne Diaz with female members of her gang, Las Compadres. This photo was taken before Marianne Diaz’s imprisonment and during her peak as a gang member. Photo credit: Lowrider Magazine. Photo courtesy of Marianne Diaz. Male members of Marianne's gang, Las compadres. Photo credit: Lowrider Magazine. Photo courtesy of Marianne Diaz. Marianne Diaz (R) with her love, Roxanne (L). 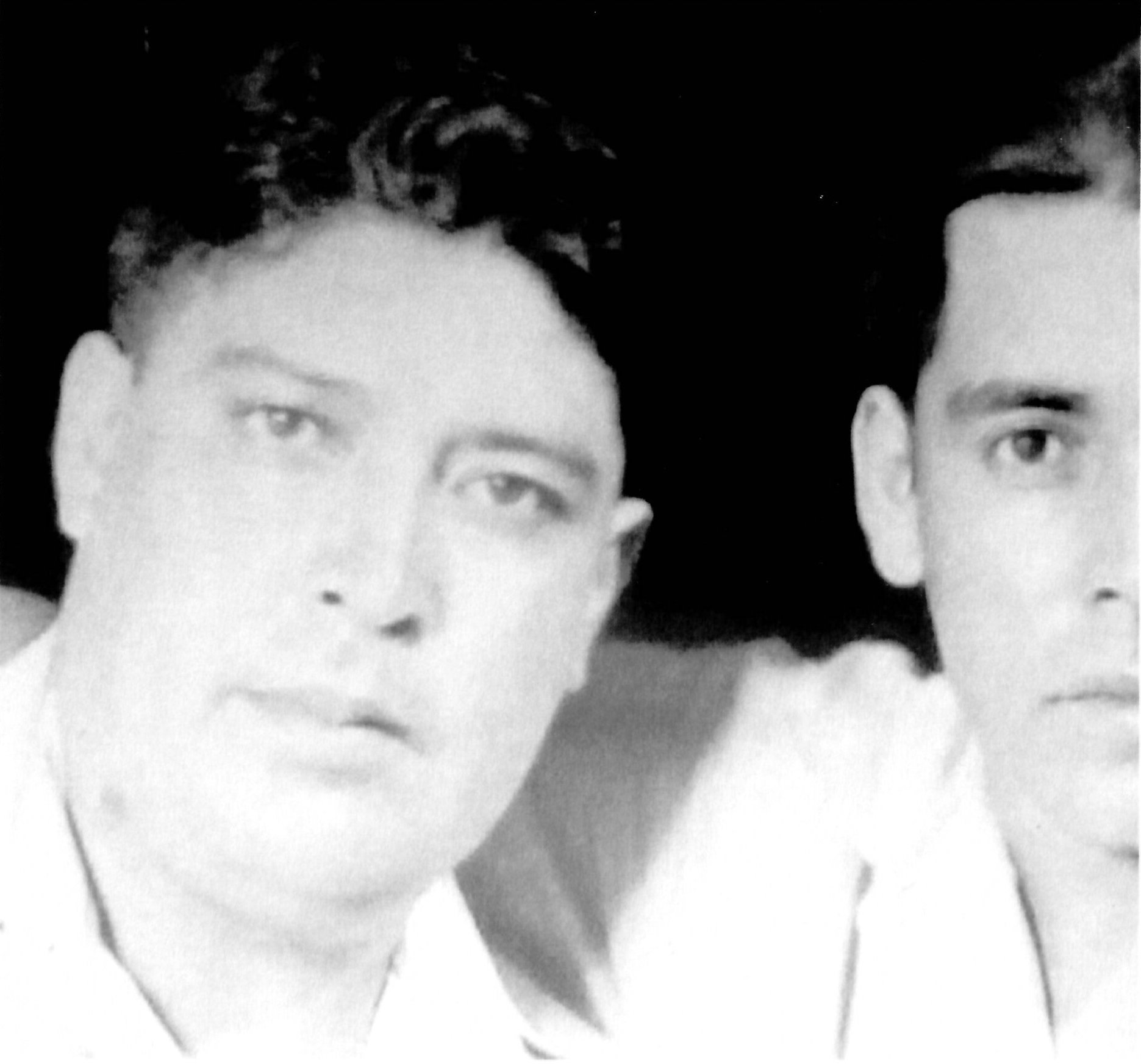 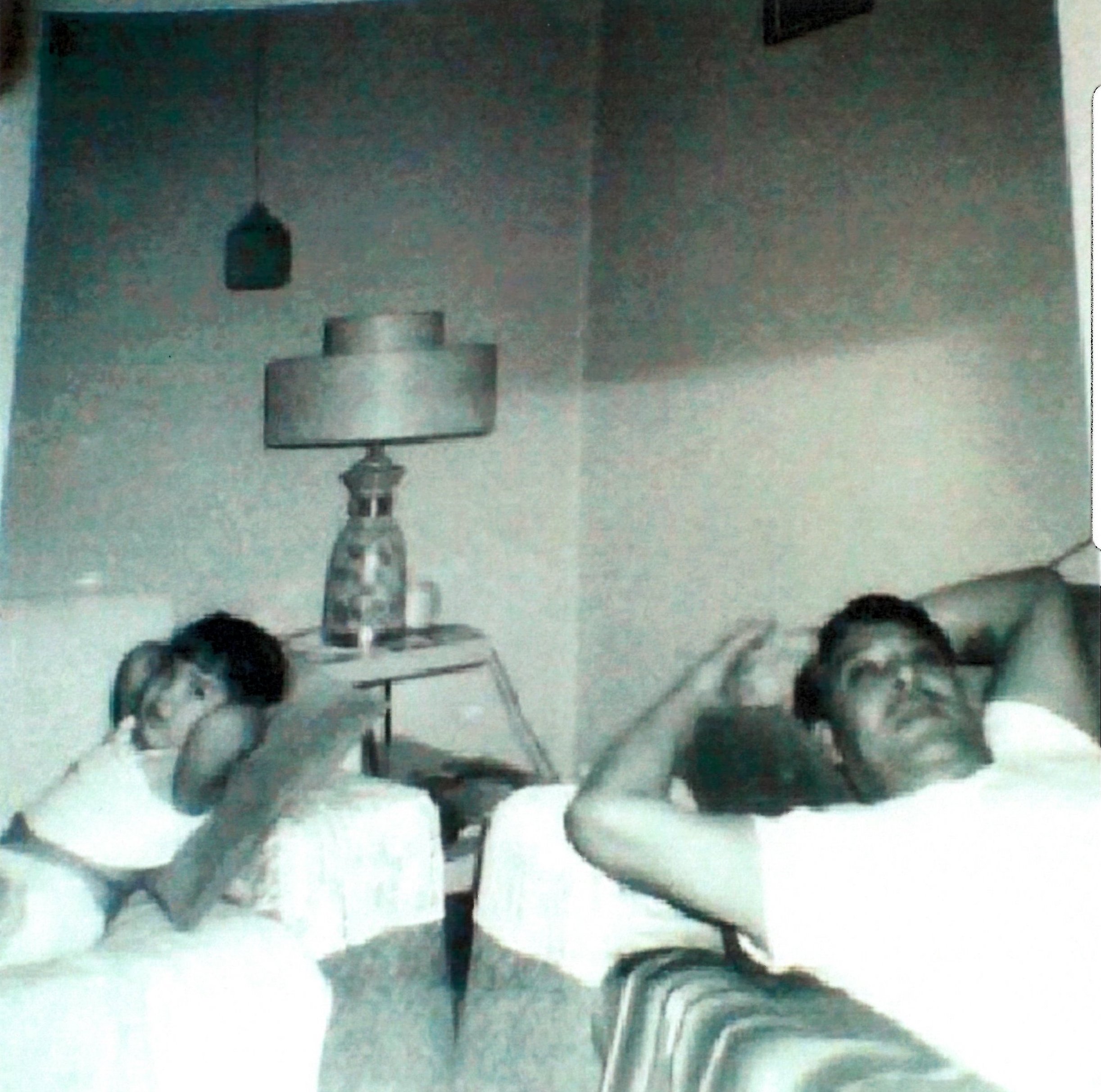 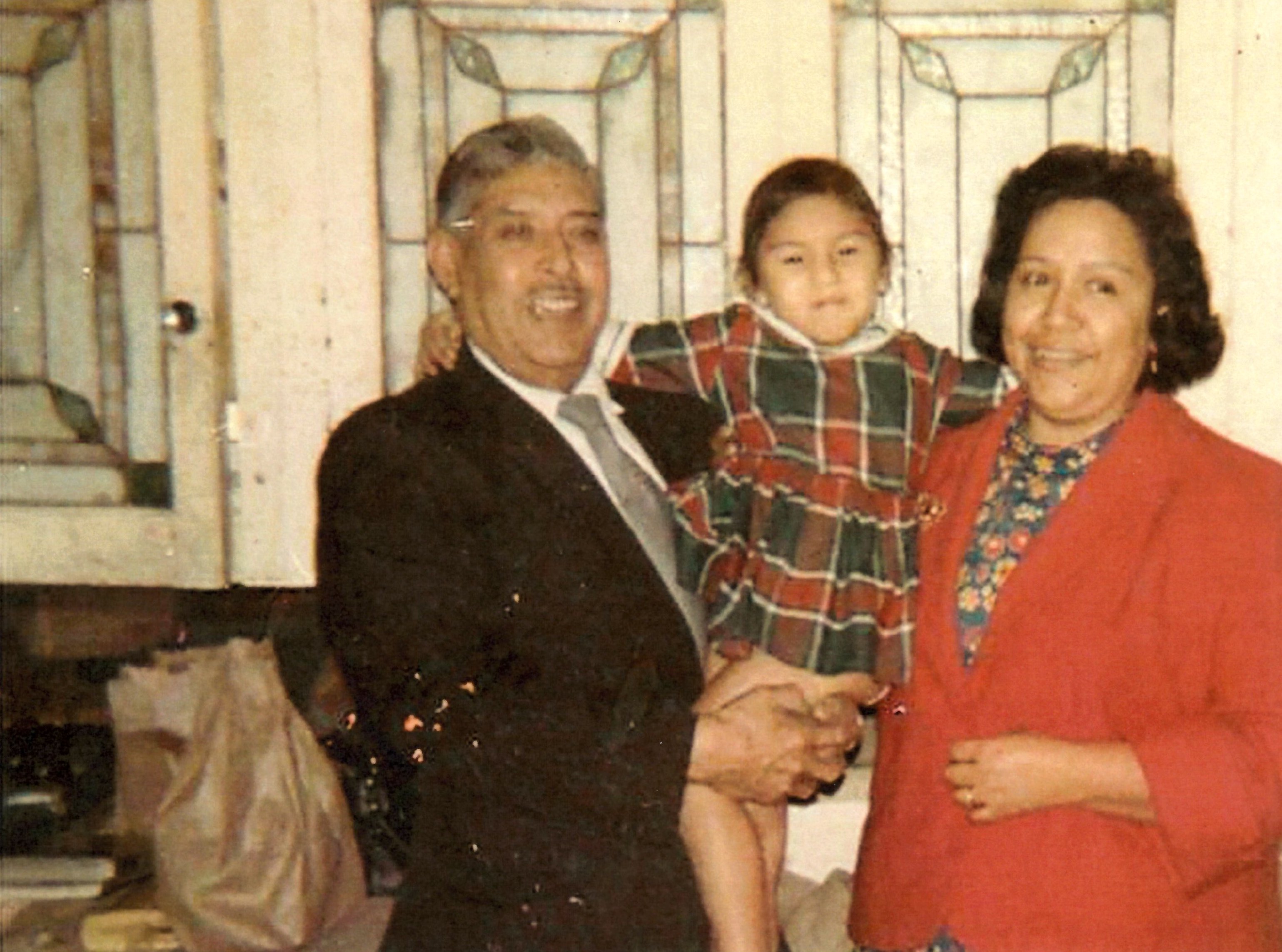 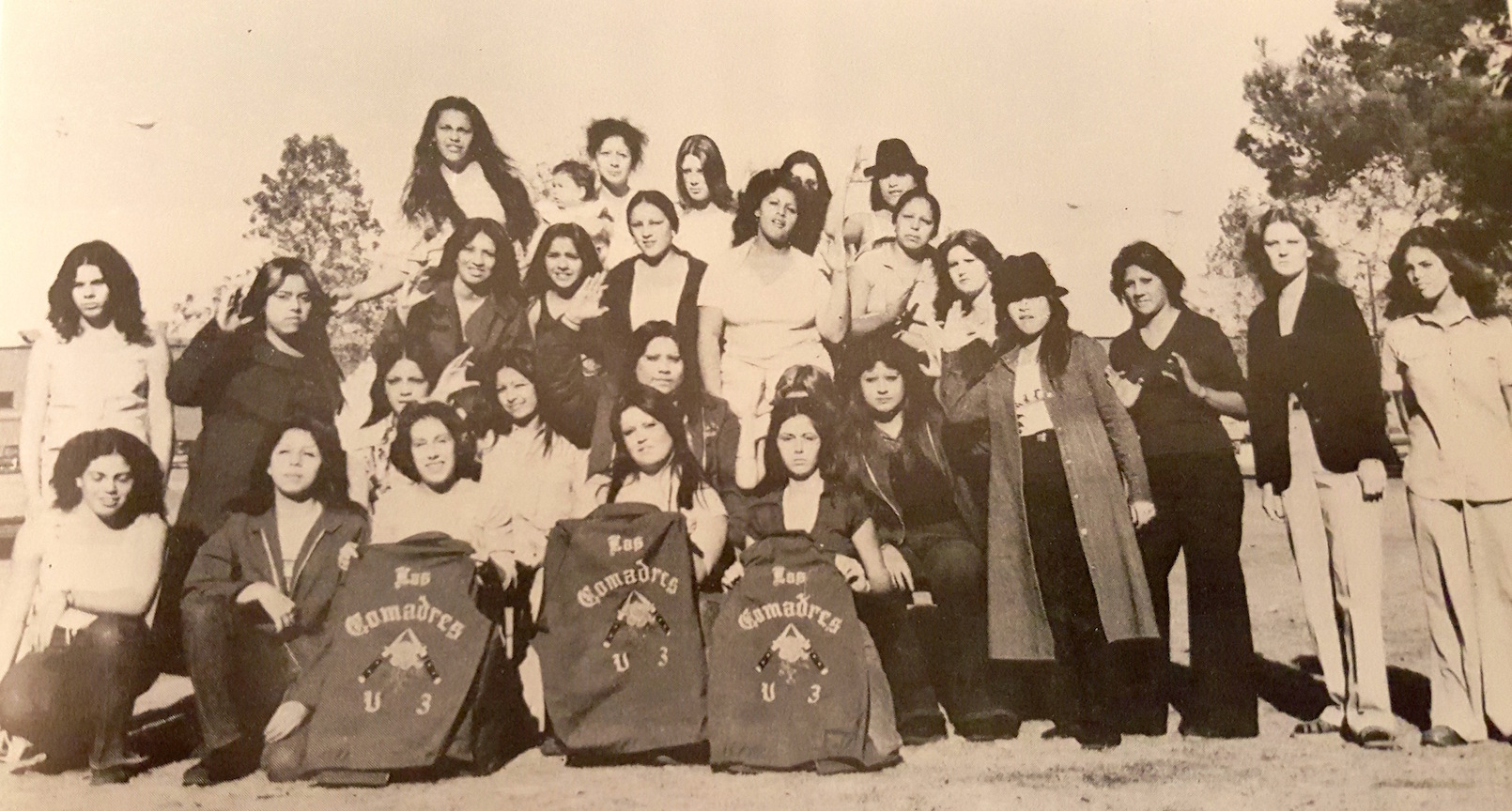 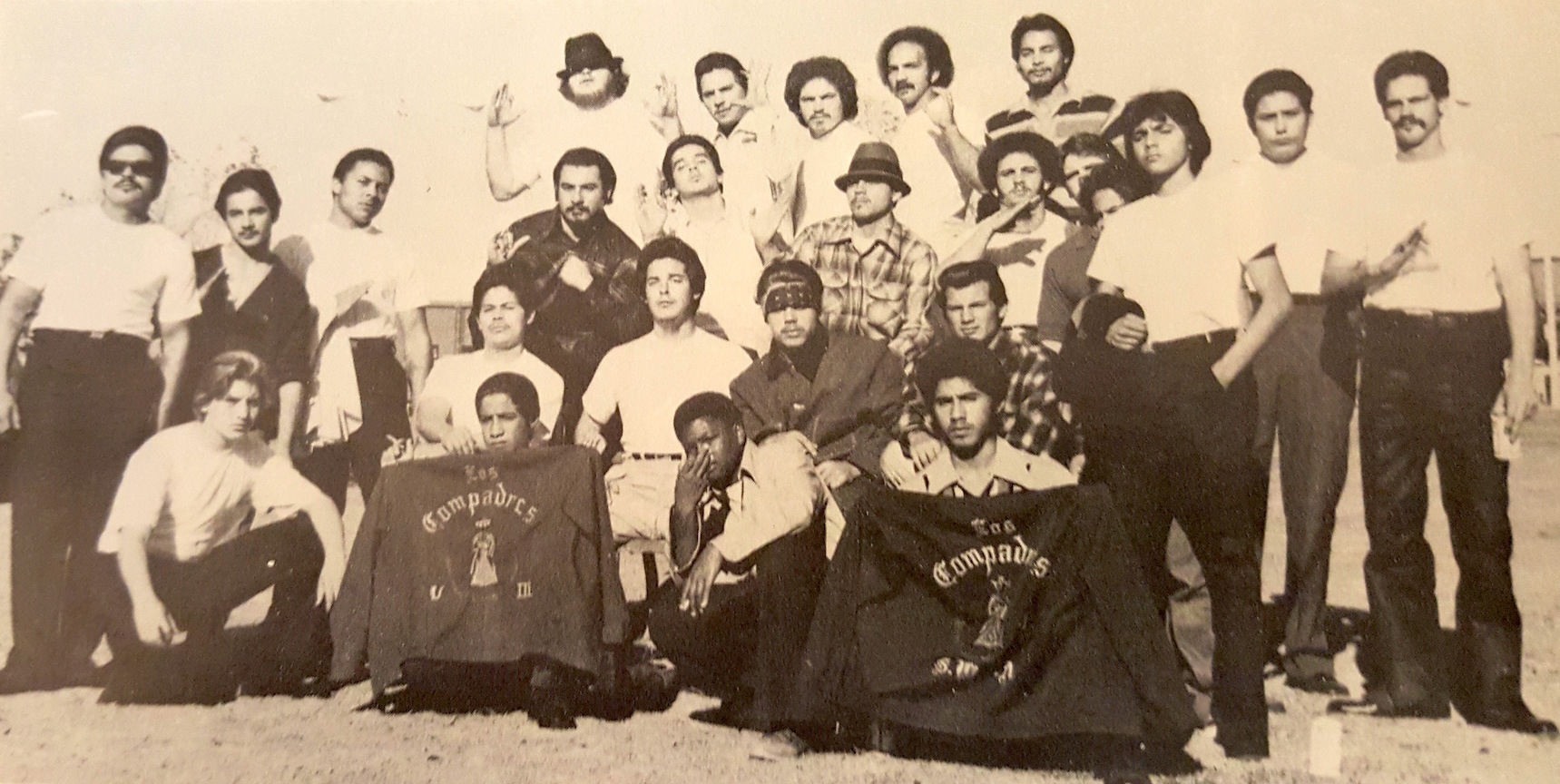 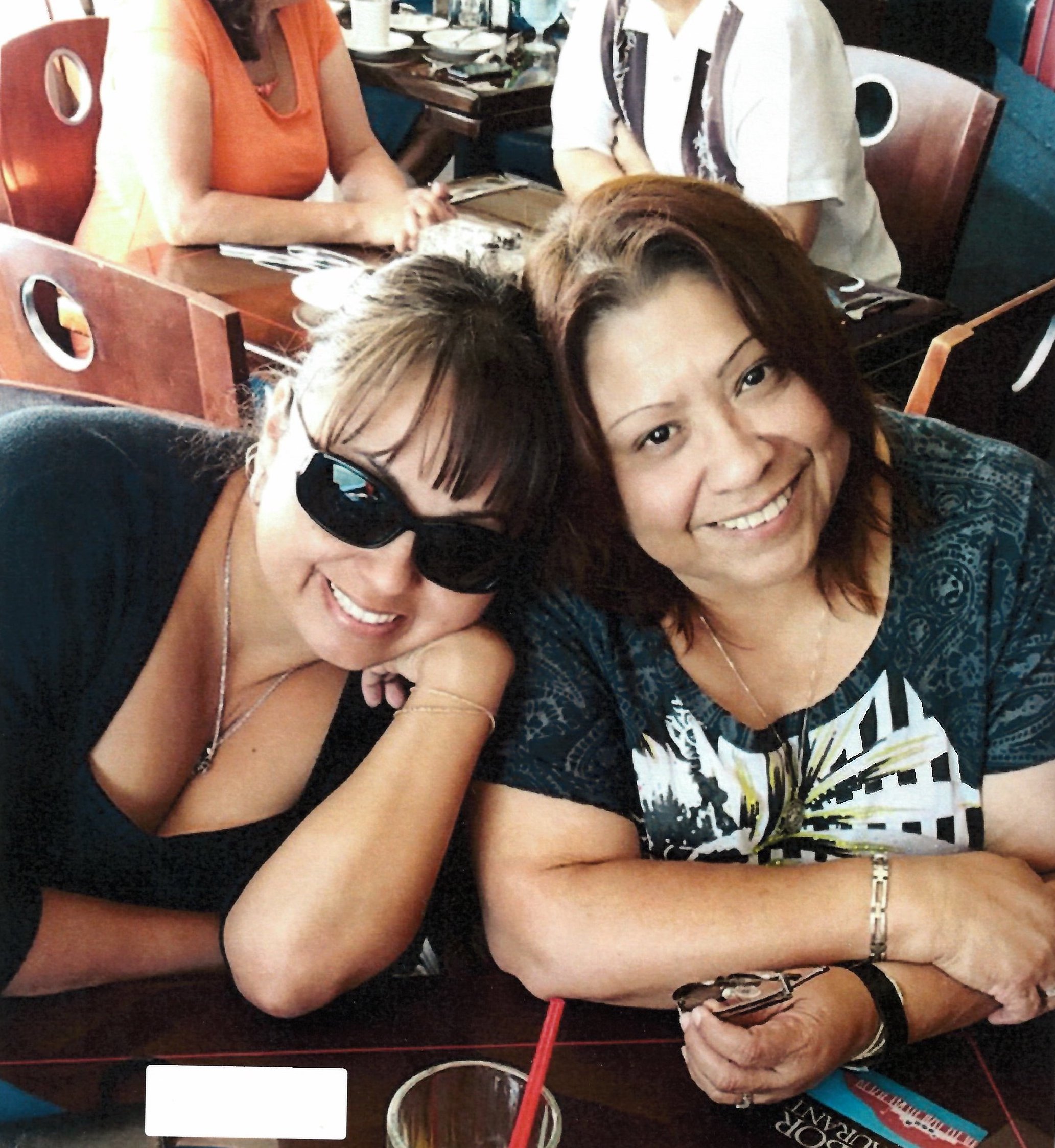