Mike Grossman was born in Minneapolis in 1941 into a traditional Jewish family. At the age of five, he contracted polio, which separated him from his family for a year, and forced him to use crutches for two years after that–for which he was teased and tormented by other kids. This set Mike’s character: someone who would also look out for the vulnerable and marginalized.

Mike’s mom was a realtor. As a teenager, he loved driving her to appointments and listening to her stories about her sales. At 20, he left college and earned his own real estate license.

In secret, Mike struggled to accept his sexuality. He married at 22, and soon became father to  a son and a daughter. After seven years, his marriage fell apart. That same day, Mike noticed a man at a gay piano bar withwavy dark brown hair and beautiful singing voice. His name was George. Within a week, Mike and George had fallen in love. Over the course of their 42-year relationship, Mike’s children, parents, and even his ex-wife embraced George as part of the family.

Mike’s additional contributions to the Dallas and national LGBTQ+ community are almost too many to mention. He served on the board of the Human Rights Campaign (HRC) just in time to help get HIV included in the Americans with Disabilities Act. He also helped found HRC’s Board of Governors, which created the concept of annual Black Tie Dinner fundraisers around the country. HRC later named Mike their Humanitarian of the Year. Mike was also on the founding board of The Dallas Way, which preserves the history of the gay and lesbian community in Dallas, and served on the advisory board of the National Holocaust Museum LGBT exhibit.

In 2013, George fell ill. Determined to marry the love of his life before it was too late, Mike proposed. They were married by a Jewish lesbian federal judge in Washington DC, and within weeks, George passed away. Undaunted, Mike jumped right back into activism, and found the work to be a tremendous salve to his grief.

Mike is rightfully  proud of his life and his contributions to the world. Towards the end of his OUTWORDS interview, when asked about his hopes for the future, he responded, “My hope for the future is that everybody’s as lucky as I am.” 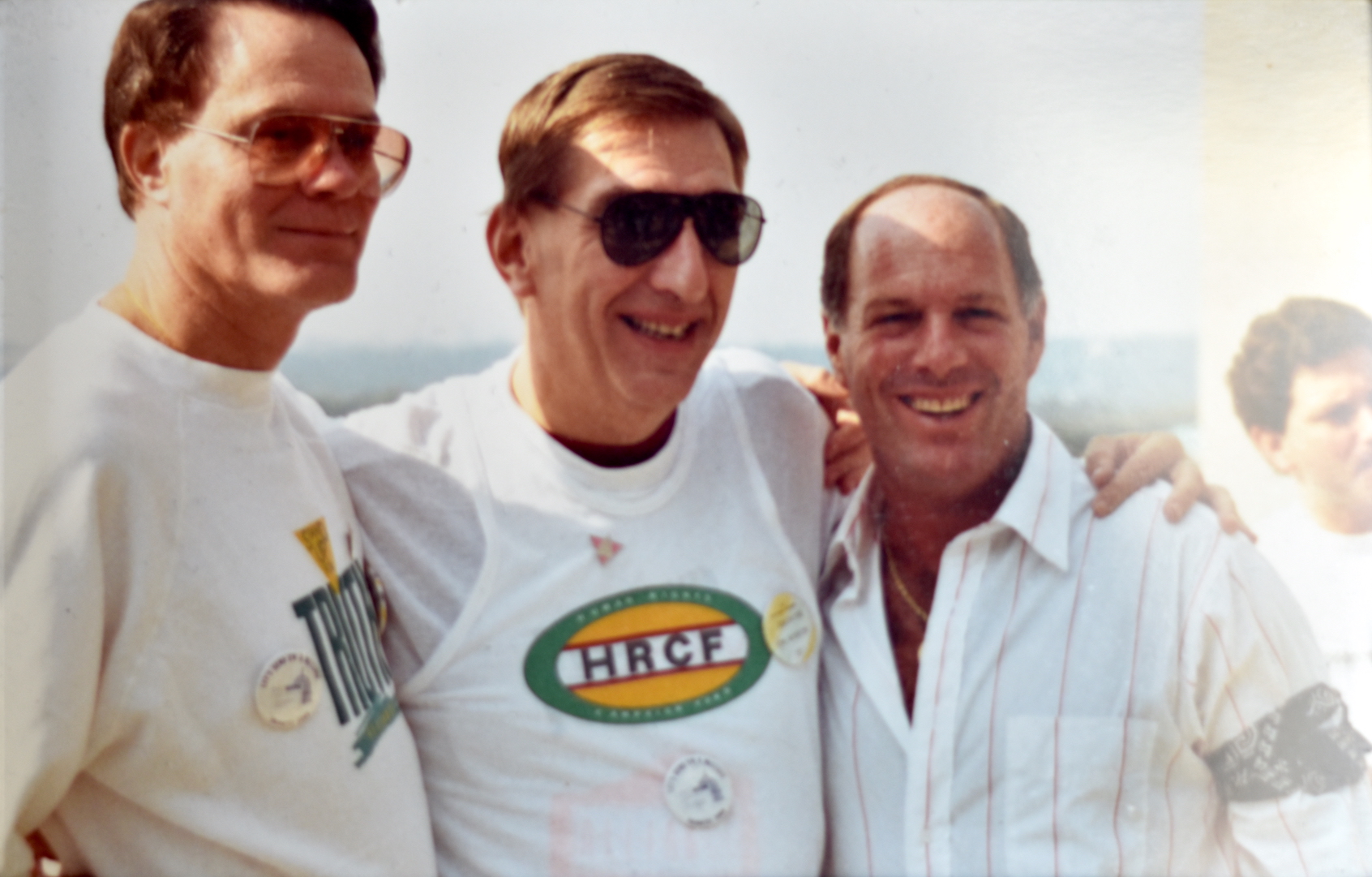