Advanced Search >
Nancy Nangeroni was born in Boston, raised in Milton, Massachusetts, and graduated from MIT in 1976 with a degree in electrical engineering. After graduation, she finally felt free to begin to address her long-suppressed gender issues – but the road ahead was still rocky. Several years later, living in California and increasingly despondent about her place in the world, Nancy nearly died in a motorcycle accident. While recovering from her injuries, she resolved to move beyond despair into action.
Eventually moving back to the East Coast, Nancy connected with the “gender community.” She began volunteering with the International Foundation for Gender Education (IFGE) in 1990 and became its executive director from 1997-98. She founded the Boston chapter of the Transexual Menace, wrote extensively about gender issues, and co-edited and published In Your Face, the Journal of Political Activism, the first periodical to document hate crimes against transgender persons. After the murder of Brandon Teena (an event portrayed in the 1999 film Boys Don’t Cry), Nancy helped organize the first national action against murders of trans persons.
In 1995, Nancy founded the award-winning radio program GenderTalk, which aired weekly for over 11 years, attracting an international audience. She led gender diversity training workshops for corporations, academic institutions, and non-profit organizations. In 1998, Nancy met and fell in love with Gordene MacKenzie, a feminist professor and gender activist from New Mexico. Together, Nancy and Gordene produced a music video about the 1998 vigil (led by Nancy) for Rita Hester, a transgender African American woman who was murdered in Allston, Massachusetts. Rita’s murder and the ensuing controversy over disrespectful press coverage helped spark what is known today as International Transgender Day of Remembrance (TDOR).
In the 2000s, Nancy served for six years as chair of the Massachusetts Transgender Political Coalition while leading Boston’s TDOR event for over 10 years. After ending GenderTalk, Nancy and Gordene produced a series of gender education video programs called GenderVision. While GenderTalk no longer airs, GenderTalk.com continues to serve thousands of visitors monthly though its archive of past shows.
OUTWORDS traveled to Albuquerque in February 2018 to interview Nancy at the home she shares with Gordene. Nancy is at work on her memoir and serves on the board of the TG Resource Center in Albuquerque, while Gordene creates and sells jewelry for a growing clientele. Nancy and Gordene miss producing GenderTalk, but enjoy doing activism and writing together. And they still love doing radio – so maybe one day they will take to the airwaves again, to provide a vital lifeline to individuals around the world needing support, information, and inspiration.
Nancy Nangeroni in Provincetown, MA, 1993. Photo courtesy of Nancy Nangeroni. Profile in the Cambridge Chronicle, 1994. Nancy Nangeroni co-organized the vigil for Rita Hester, whose transphobic murder became the catalyst to create the Transgender Day of Remembrance. Nancy attends the vigil with Kathleen Hester, Rita's mother, December 1998. Gordene and Nancy on the air at GenderTalk at KUNM, 2001. Photo courtesy of Nancy Nangeroni. Nancy and Gordene photographed for Boston Spirit Magazine’s “People You Should Know” feature, 2014. Photo courtesy of Nancy Nangeroni. Nancy Nangeroni at Boston Pride, 2014. Photo courtesy of Nancy Nangeroni. 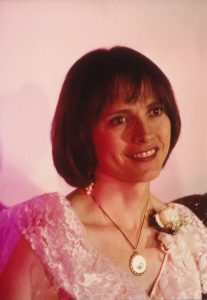 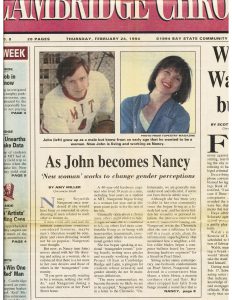 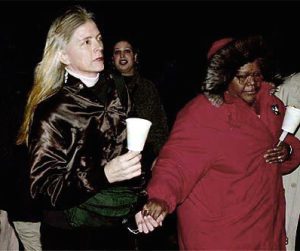 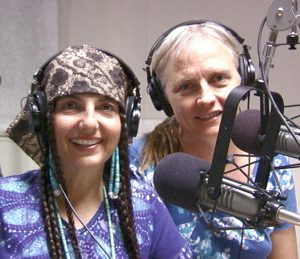 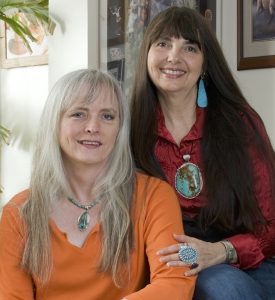 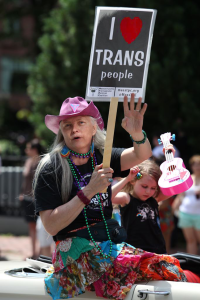