Suzanne Pharr was born in 1939, the youngest of eight kids, and raised on a farm near Lawrenceville, Georgia. From day one, she was in her own words a “rebellious kid” – not just because she didn’t fit gender norms and expectations, but because she was endlessly curious about injustice and determined to address it and change it.

Suzanne went to college in Georgia and eventually earned an MA in English at SUNY/Buffalo. At one point, she and a girlfriend headed off to New Zealand to be free-spirited ex-pats. But the social turmoil and violence of late-1960s America drew Suzanne back. She became a permanent warrior for the rights of women, queers, people of color, and anyone getting a raw deal in a privilege-driven society.

Moving back to the South, Suzanne helped found or founded a rich variety of women’s projects and initiatives including the first domestic violence shelter in Arkansas and the Arkansas Women’s Project. Of critical importance was her leadership with the Women’s Watchcare Network, which Suzanne helped found in the late 1980s to monitor and document religious, racist, sexist, and anti-gay and lesbian violence.

In 1993, Suzanne helped found Southerners on New Ground (SONG), which works to overcome racial and economic divisions within the queer community. From 1999 to2004, Suzanne was the first woman executive director of the Highlander Center, a historic Tennessee social justice leadership training school and cultural center. Suzanne’s books include Homophobia: A Weapon of Sexism and In the Time of the Right: Reflections on Liberation.

It was an extraordinary pleasure to interview Suzanne at the modest Little Rock home that she shares with her partner Renee, and their sweet pup Ted. Afterwards, our OUTWORDS team took a short drive to Central High School, where in 1957 the Little Rock Nine endured vicious racial hatred in a quest for an educational equality. It was a quiet Saturday afternoon, getting towards sundown. The stately brick building was suffused in shadows. We were buoyed by the spirit of Suzanne Pharr, a small, slender woman with an unbending will to cultivate justice, both within and beyond the LGBTQ community.
Suzanne Pharr with her three sisters, 1939. Suzanne Pharr in 1948. Suzanne Pharr (holding the ball) at Sunny Hill School, 1952. Suzanne Pharr at Huckleberry Farm, 1973, Arkansas. Suzanne Pharr with Daisy Bates, who led the integration of Central High School. Daisy holds a copy of Suzanne’s book, Homophobia: A Weapon of Sexism. L-R: Janet Perkins, Jo Marks, Kerry Lobel, Kelly Mitchell-Clark and Suzanne Pharr in front of the Women’s Project on the occasion of Nelson Mandela’s release from prison, 1990. Suzanne Pharr (right) and Renée DeLapp participate in a “No on 9” Campaign Rally, 1992. L-R: Beth Richie, Catlin Fullwood, Suzanne Pharr, and Val Kanuha at the March on Washington for Lesbian, Gay and Bi Equal Rights and Liberation, 1993, Washington, D.C. Suzanne Pharr in self-proclaimed “natural habitat,” 1998. Suzanne Pharr at Windcall Retreat, 2004. 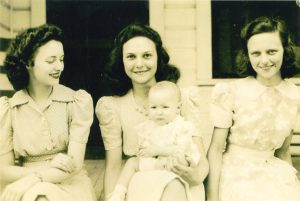 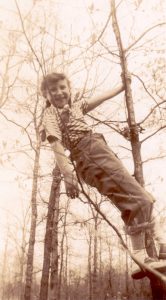 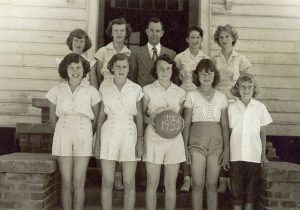 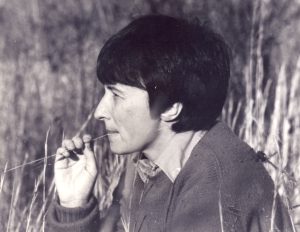 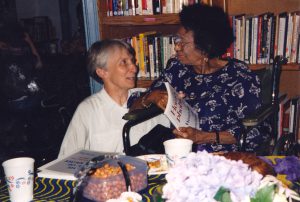 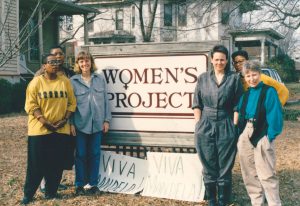 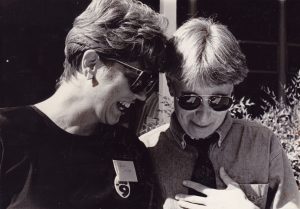 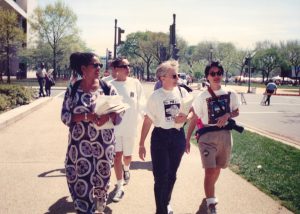 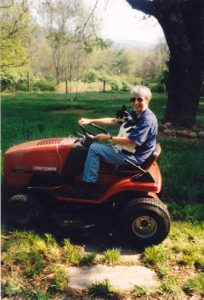 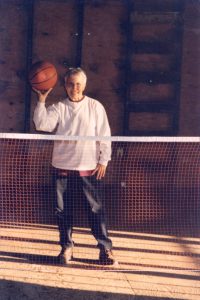