Advanced Search >
K.C. Potter was born in 1939 at Fallsburg, Kentucky. In high school, K.C. wrote sport stories for the local newspaper, and participated in speech tournaments at Morehead State University and the University of Kentucky. He attended Berea College, a liberal arts college founded in 1855 on the principle of racial and gender inclusion, majoring in history, political science and English. From Berea, K.C. attended Vanderbilt Law School, graduating in 1964.
After working for a year as a law clerk to a Tennessee Supreme Court justice, K.C. got a call from Vanderbilt, and in 1965, he returned to his alma mater as its Assistant Dean of Men. He would stay at ‘Vandy’ until his retirement some 36 years later.
Known to many as the Harvard of the South, Vanderbilt in that era was deeply conservative, and very hostile to any hint of gay activity, especially as AIDS emerged and crested in the 1980s. Against this backdrop, in 1987, K.C. took the first steps to create safe places for gay students on campus. Change did not happen overnight, or easily. When Vanderbilt’s fledgling gay rights group began organizing in support of a formal university nondiscrimination policy, K.C. advocated for congressional-style hearings to develop a policy. Running into resistance from then-Chancellor Joe B. Wyatt, K.C. brought a number of gay and lesbian students before the Board of Trustees to testify about their campus experiences. The students won the Board over – and Chancellor Wyatt was forced to give in.
During his entire tenure at Vanderbilt, K.C. Potter could not come out himself as a gay man. Everything changed after his retirement in 1998. Six months later, K.C. met his partner Richard Patrick online, and began his first long-term relationship.
Today, K.C. and Richard live together on a farm in Hickman County, Tennessee. For the past ten years, they have hosted an October Fall Fest on their farm, with 75 to 100 attendees including neighbors, friends, and Vanderbilt people. K.C. writes, “Being a partner to this man keeps me very active!”
Although we yearned to visit K.C.’s farm, for practical reasons, it made more sense to record K.C.’s OUTWORDS interview in another beautiful location: the K.C. Potter Center on the Vanderbilt campus, which houses the university’s office of LGBTQI Life. The stately building is a fitting, vibrant tribute to this unassuming man who, time and time again, put his career on the line for young queer students with no one to turn to – except Dean Potter.
K.C. Potter’s father and mother, Paul Potter and Amanda Mollette Potter, Fallsburg, KY, early 1940s. K.C. Potter (grandfather) and K.C. Potter on top of a horse. K.C. Potter (grandfather) holding a gun. K.C. Potter leading the pledge of allegiance during WWII in front of a group of unknown children, Fallsburg, KY. K.C. Potter, mountain boy, at his grandmother Mollette’s home, near Tomahawk, KY. K.C. Potter and Ann Potter (sister) with their war ration stamps during WWII at their home, Fallsburg, KY. K.C. Potter, as an associate editor for Berea College Student Newspaper, The Pinnacle. K.C. Potter as his college graduation for Berea College, Berea, KY, 1961. K.C. Potter’s mother and father, Amanda Potter and Paul Potter, at his college graduation for Berea College, Berea, KY, 1961. K.C. Potter as a young assistant dean, circa 1960s. K.C. Potter in the front row at a Vanderbilt dorm party with unknown mischievous students, Nashville, TN, mid 1970s. Photo of Belleview West Side Row, Campus Residence of Dean K.C. Potter and the meeting place for Lambda at Vanderbilt University, Nashville, TN. Dean K.C. Potter with a student on campus, Nashville, TN, 1971. Dean K.C. Potter supervising a student protest when Apartheid South Africa played the U.S. at Vanderbilt, Nashville, TN, 1978. Dean K.C. Potter with Associate Dean Stephen A. Caldwell, Nashville, TN, 1980. Dean K.C. Potter conducting an auction on Vanderbilt University campus for a student group, Nashville, TN, 1985. K.C. Potter’s immediate family, 1990. (Front L-R) niece Jeanie Swant, brother-in-law Gene Davis, sister Ann Davis, mother Amanda Potter. (Back L-R) nephews Paul Walter Davis and Gene Davis, nephew-in-law James Stambaugh and niece/wife Debbie Johnson, grand nephew Jeff Wells, and K.C. Potter. Missing: brother Jerry Potter. K.C. Potter at March on Washington accompanied by his Lambda students, Washington, D.C., 1991. (L-R) Paul Feeney, David Van Dalfsen, Andy Dailey, Matthew Parsons, and Jim Bridges. K.C. shares, “These were some of the students meeting at West Side Row in my residence. I snapped a photo after graduation.” Portrait of K.C. Potter after his retirement, 1998. K.C. Potter speaking to the Alumni Group at Vanderbilt University, Nashville, TN. K.C. Potter and his partner, Richard Patrick Sequeira, as the guests of former student John Mayo, 1999, Hawaii. K.C. Potter and his partner, Richard Patrick Sequeira, at a Vanderbilt event a year after K.C. Potter’s retirement, Nashville, TN. Richard Patrick Sequeira and K.C. Potter, 1999, Hawaii. Richard Patrick Sequeira and K.C. Potter, 2012. K.C. remarks: “This is my favorite photo of us.” Front cover of a “coming out” card, featuring K.C. Potter and his partner Richard Patrick Sequeira, that was sent to friends and family. K.C. Potter’s coming out card to his friends and family. 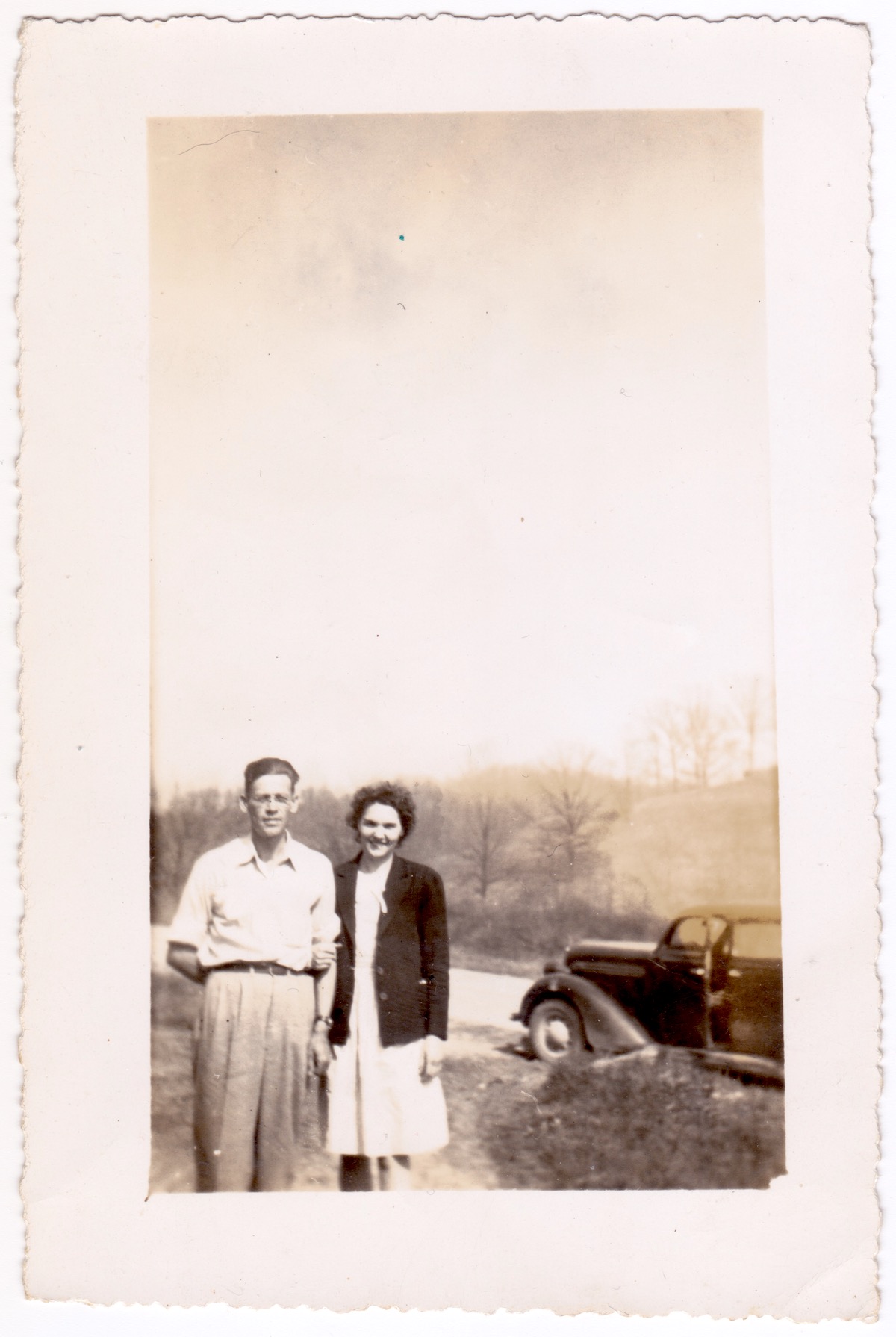 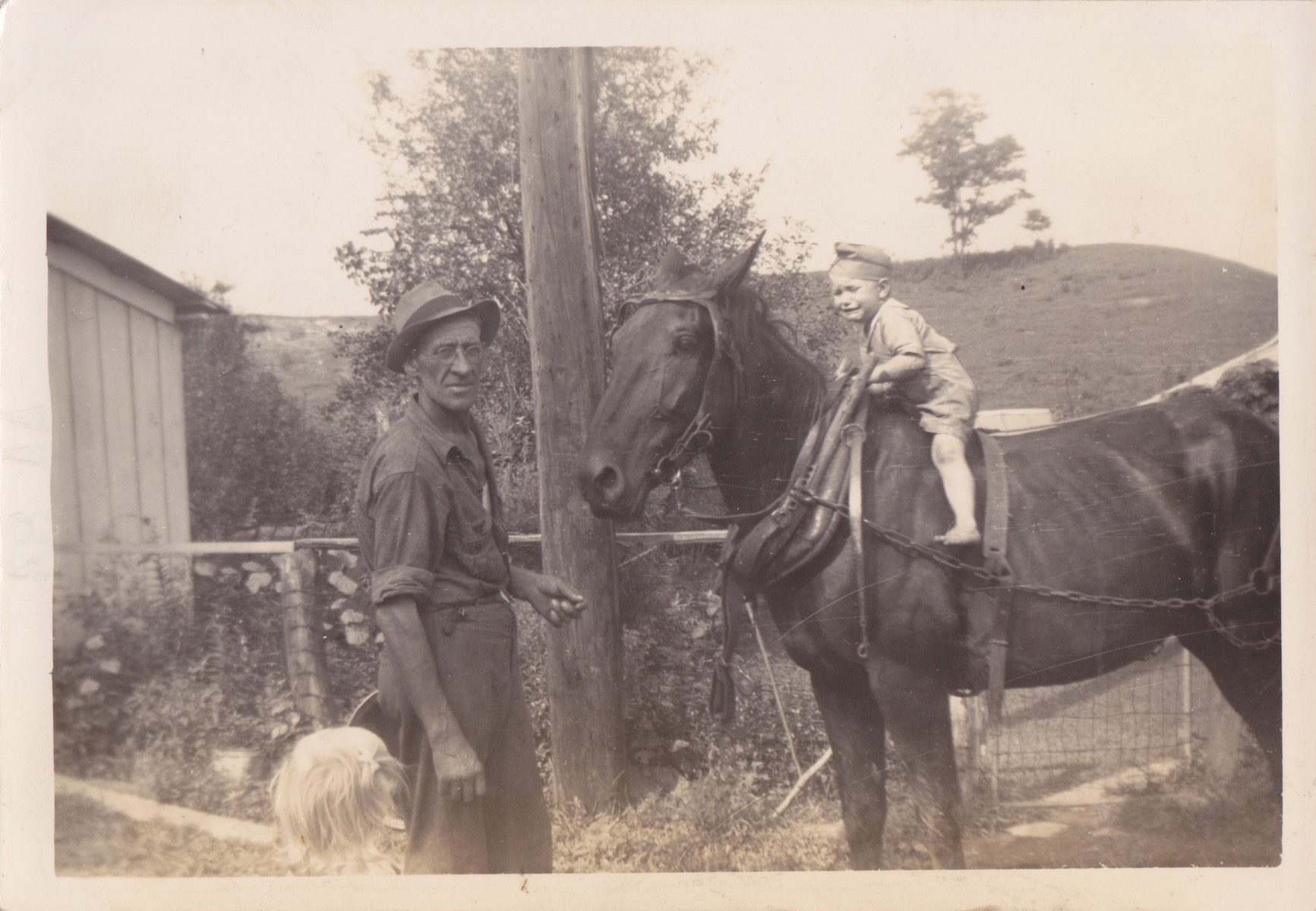 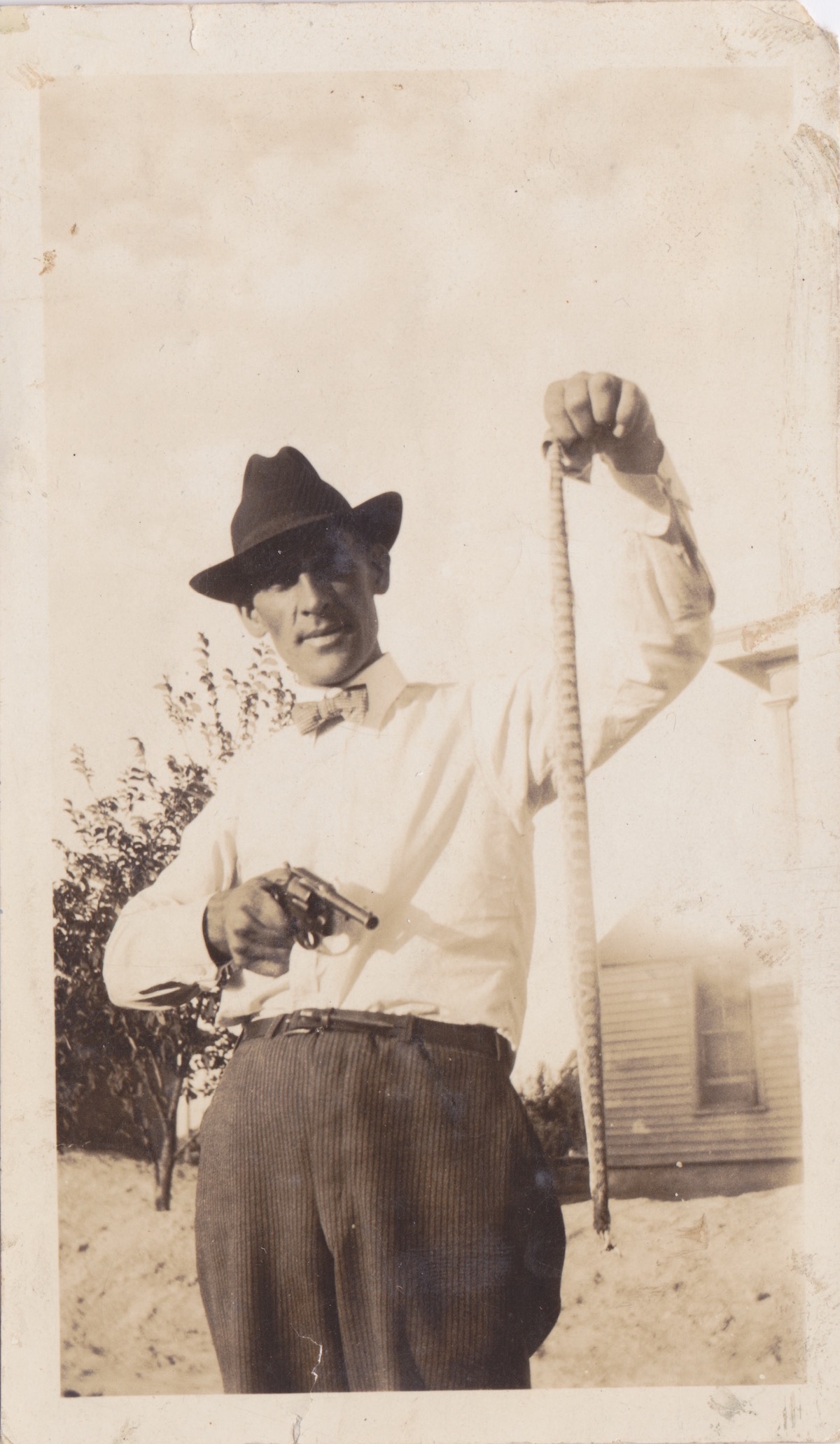 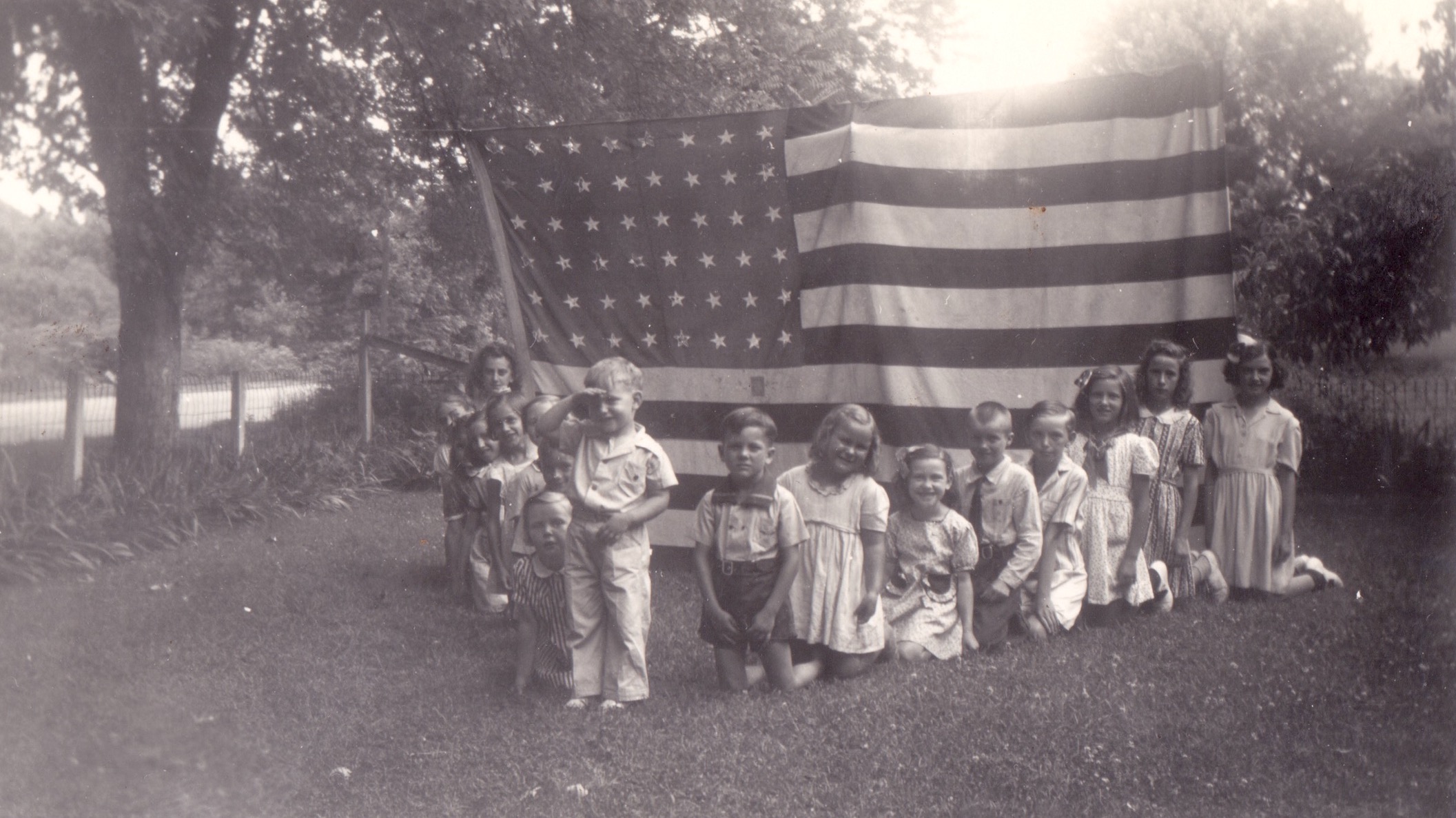 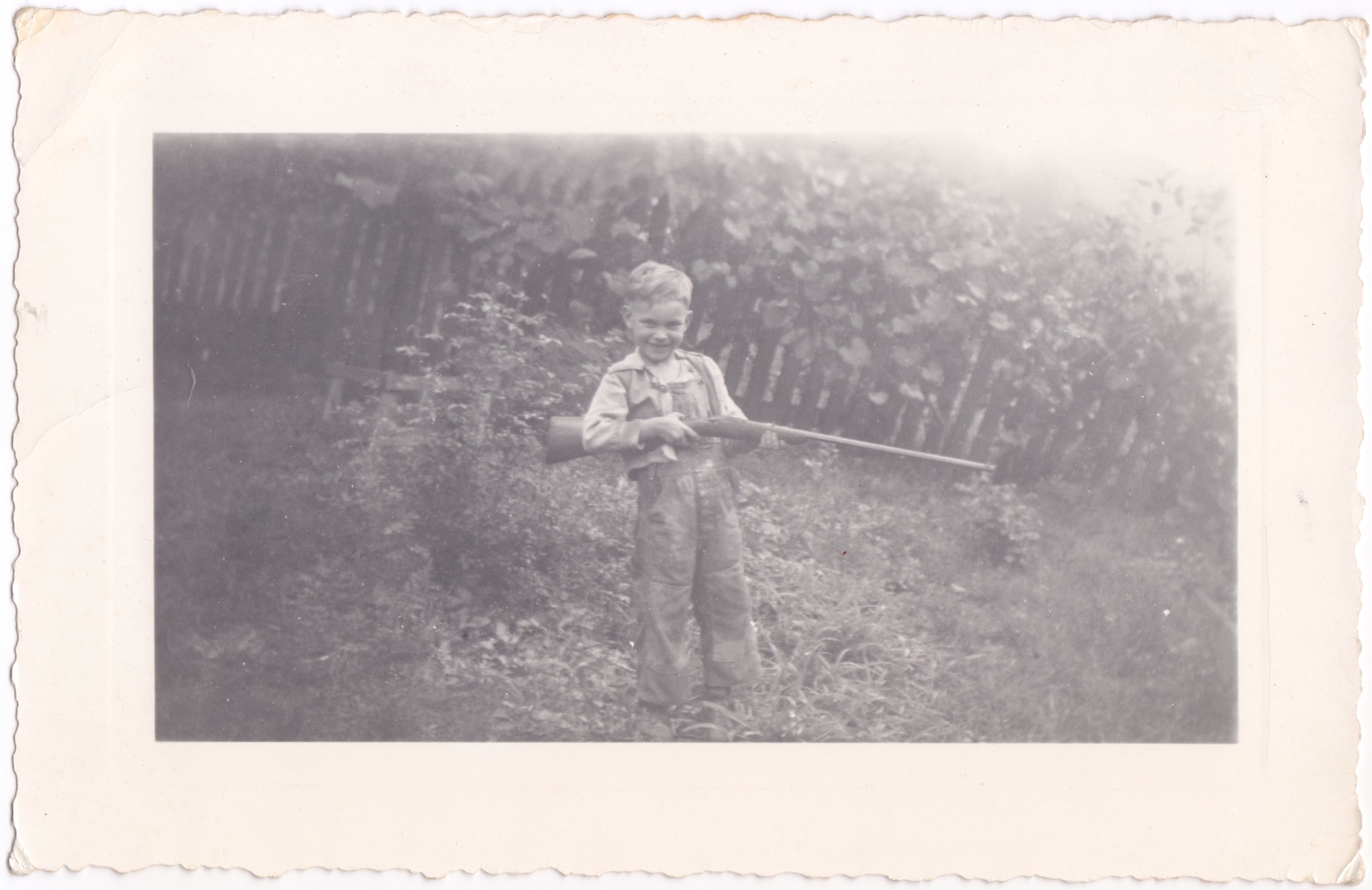 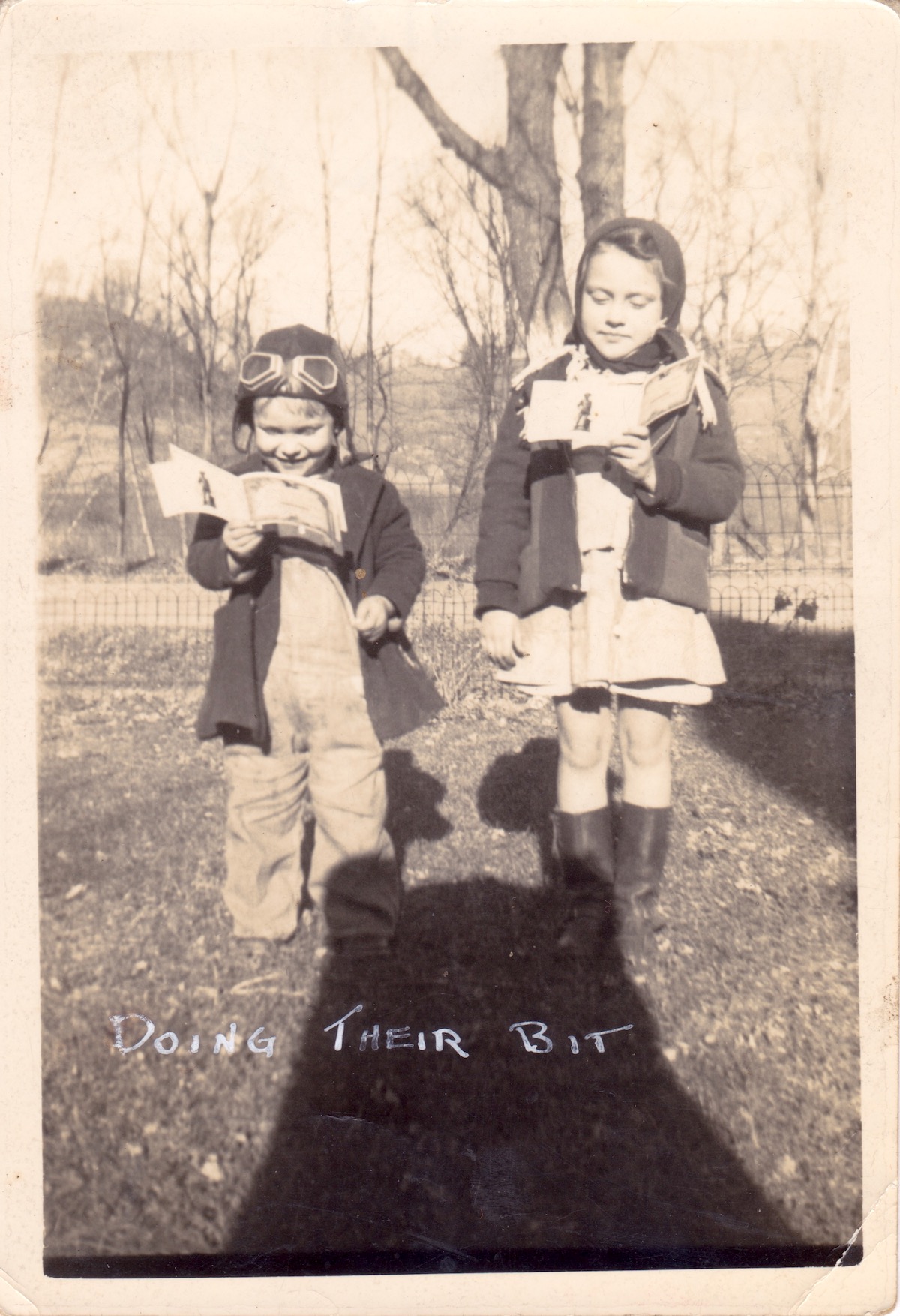 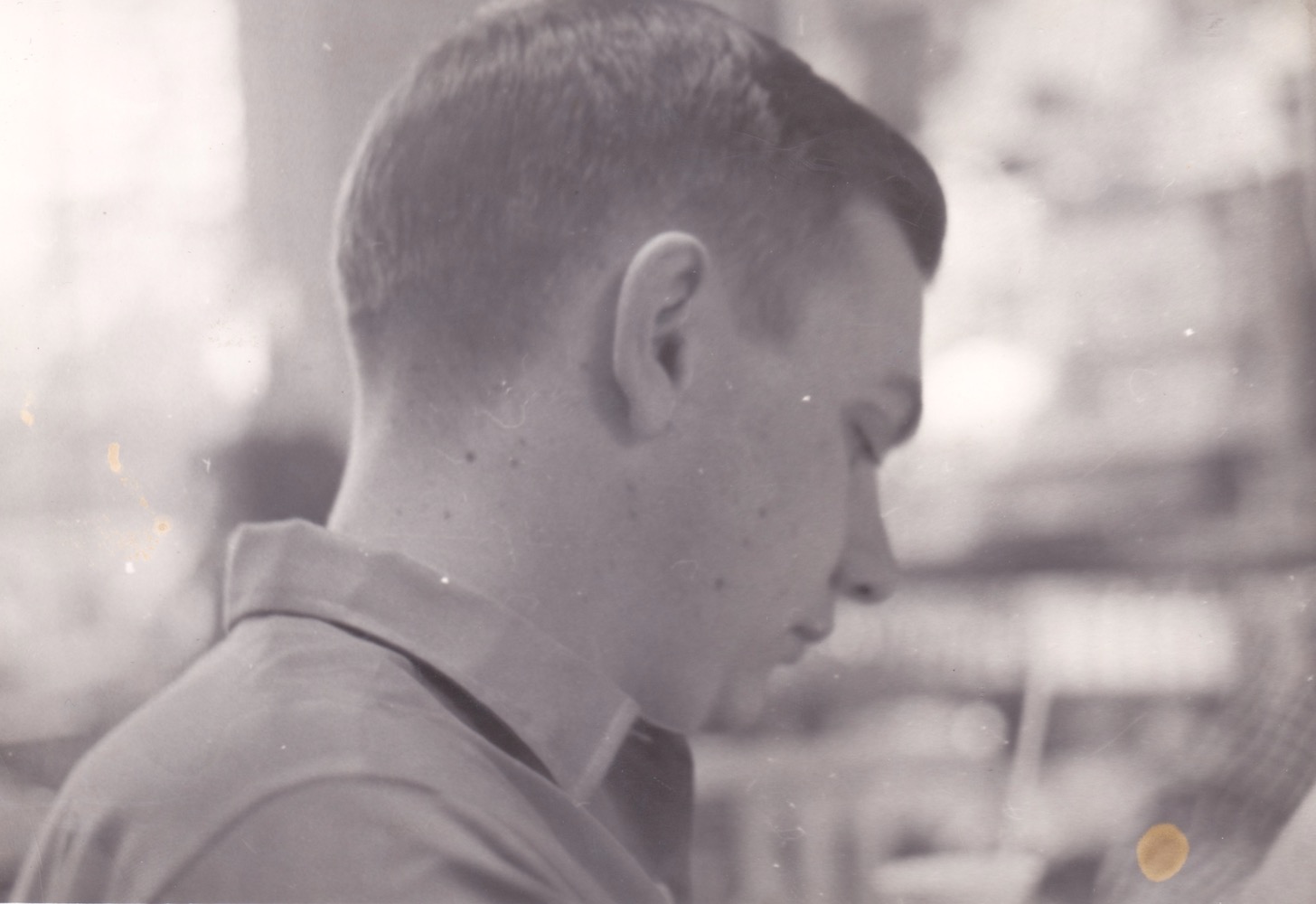 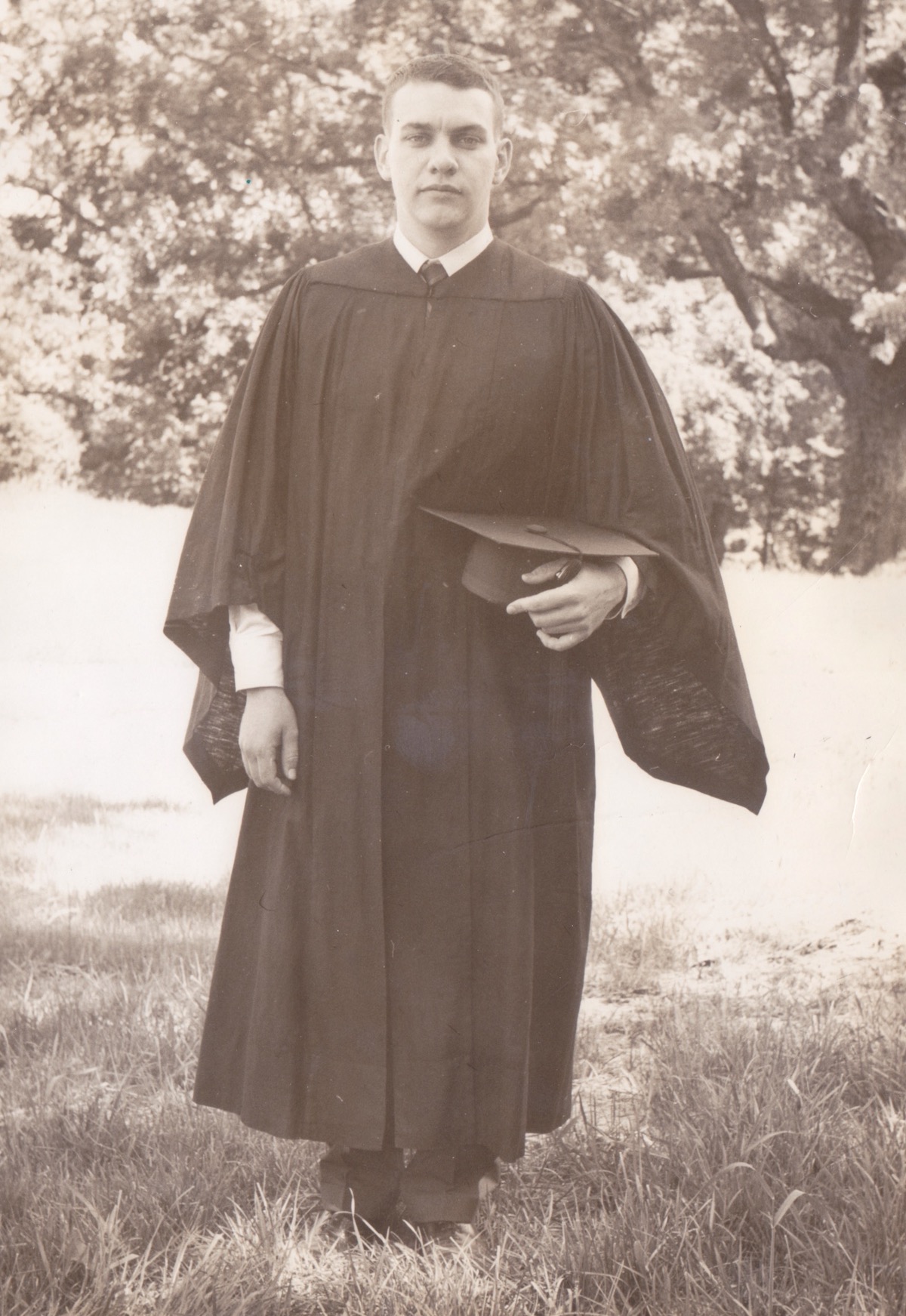 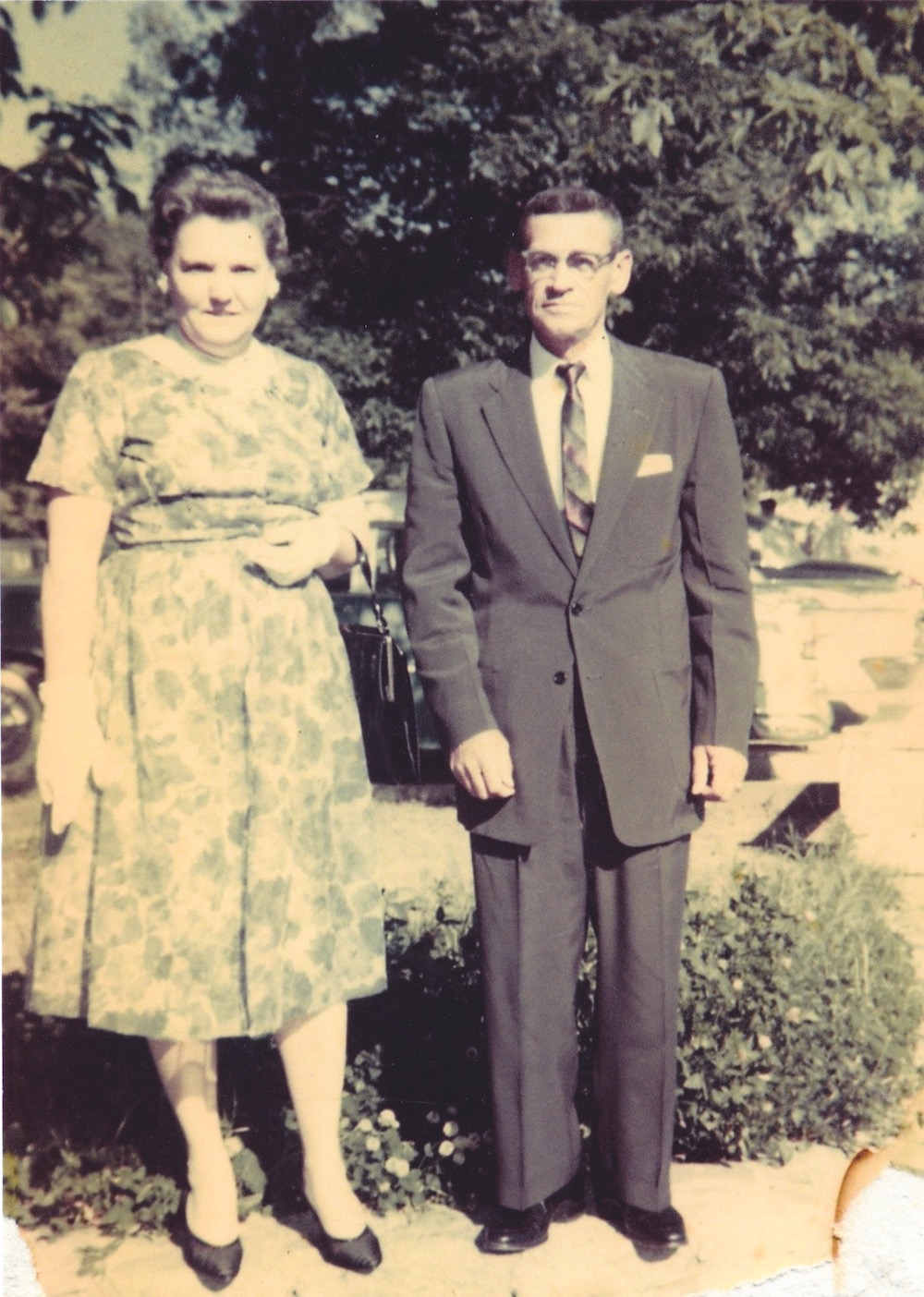 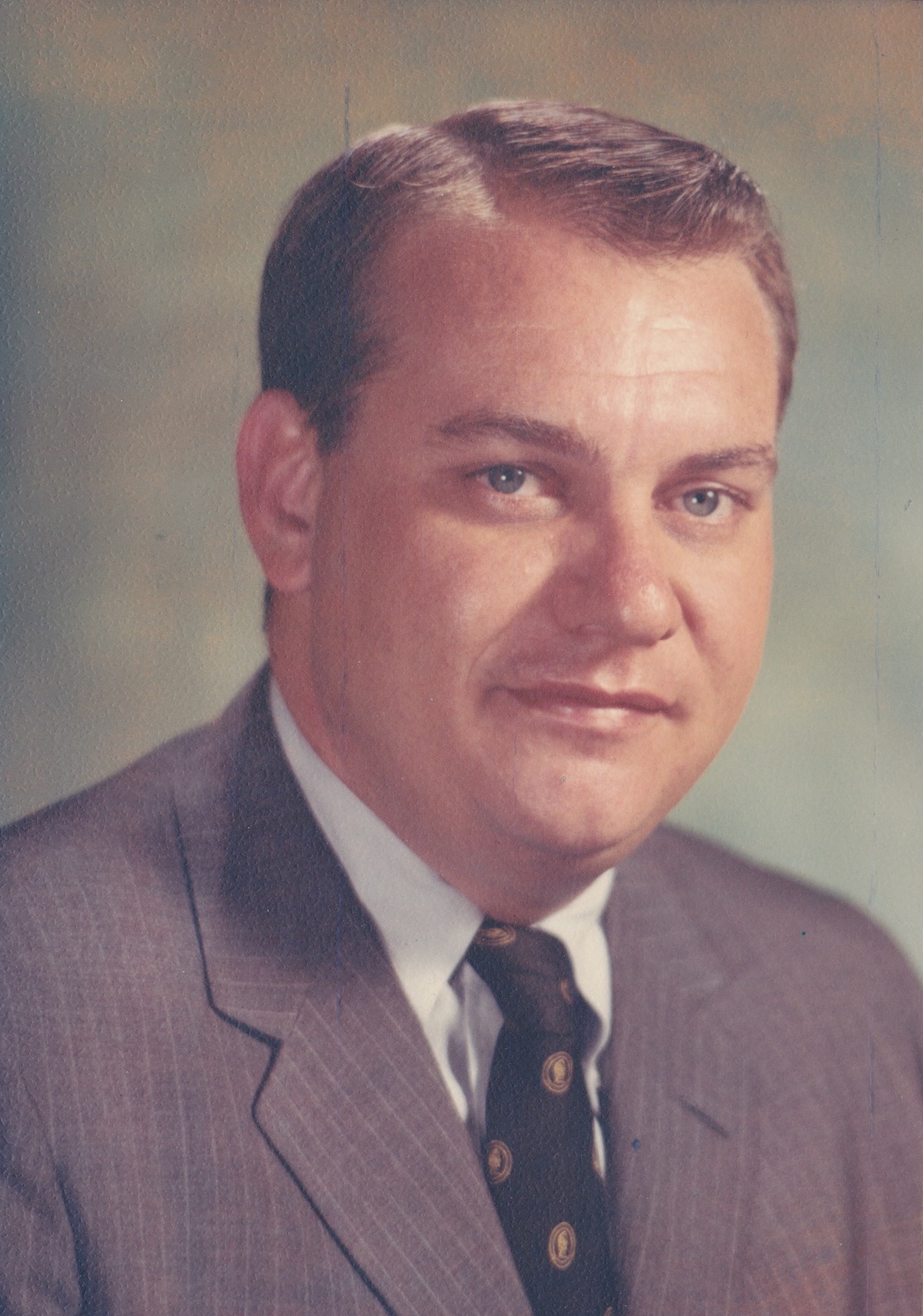 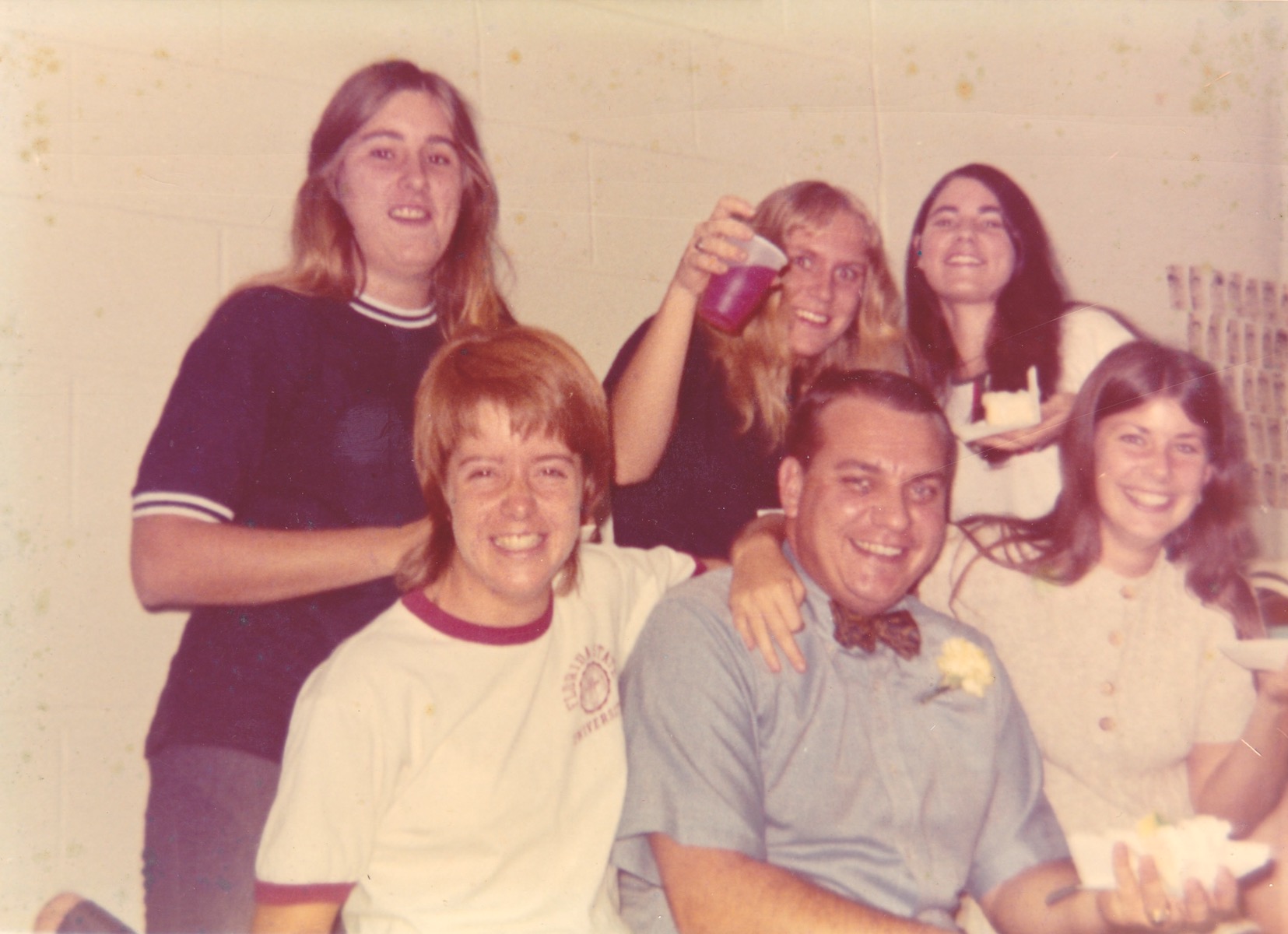 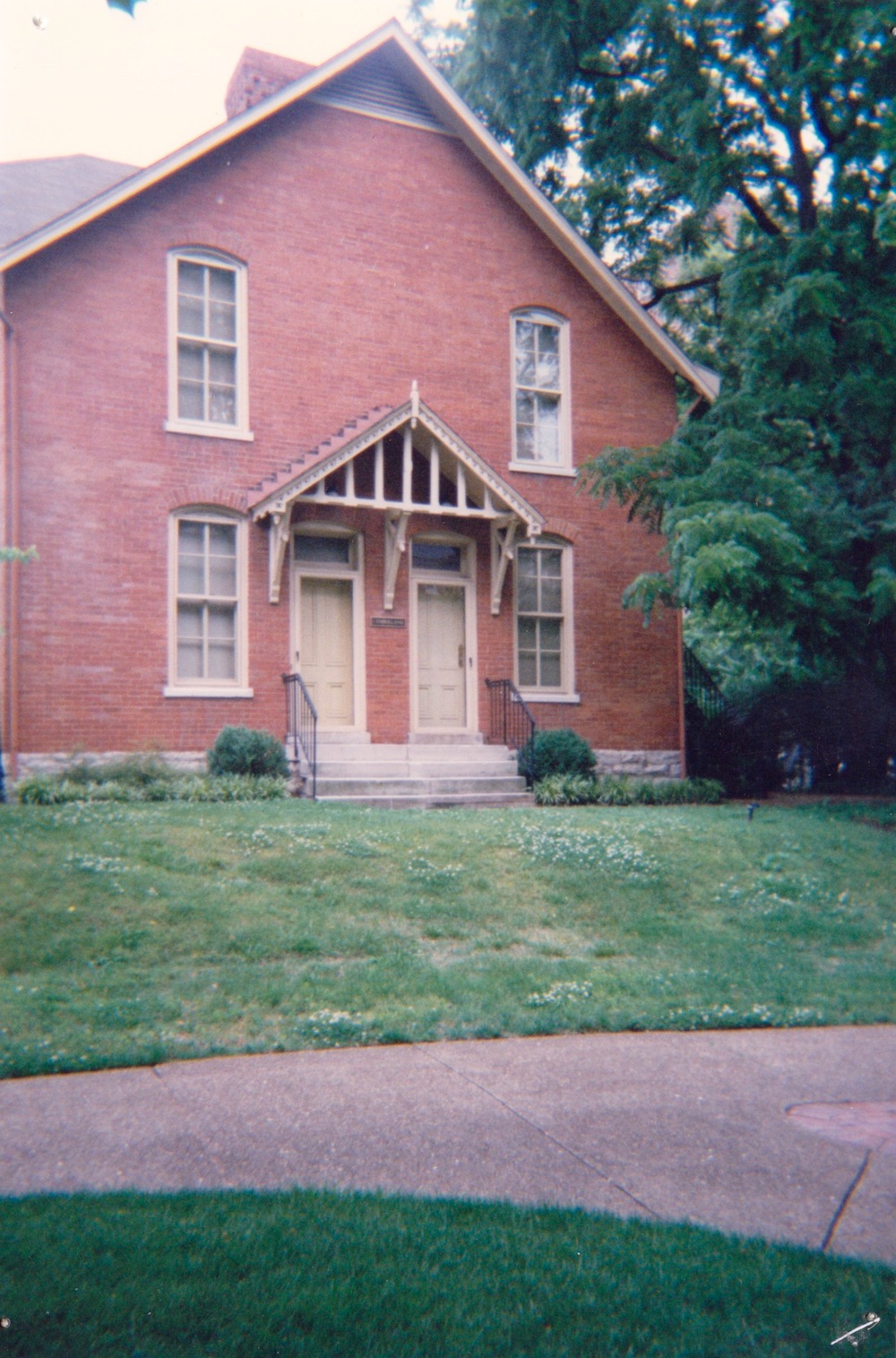 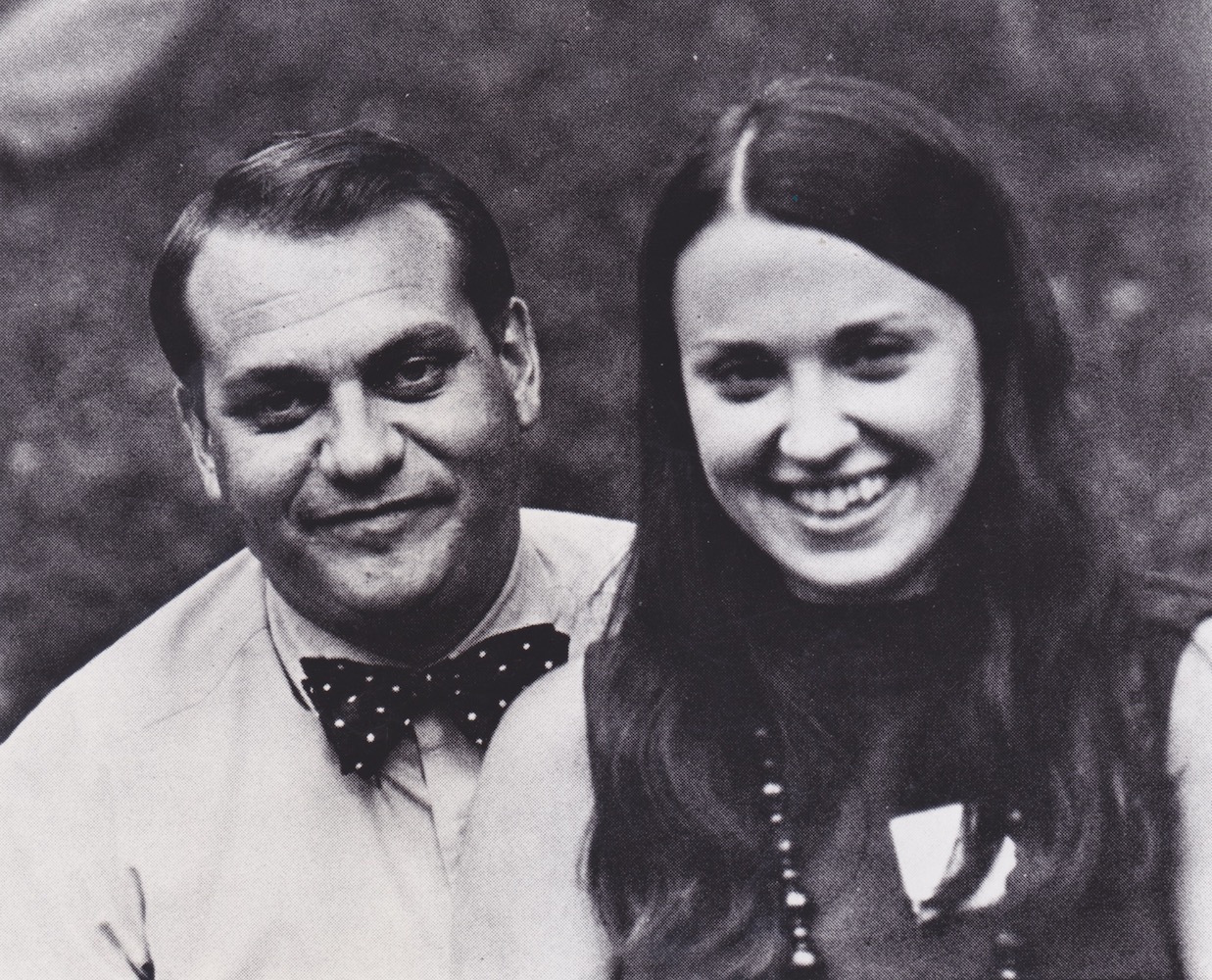 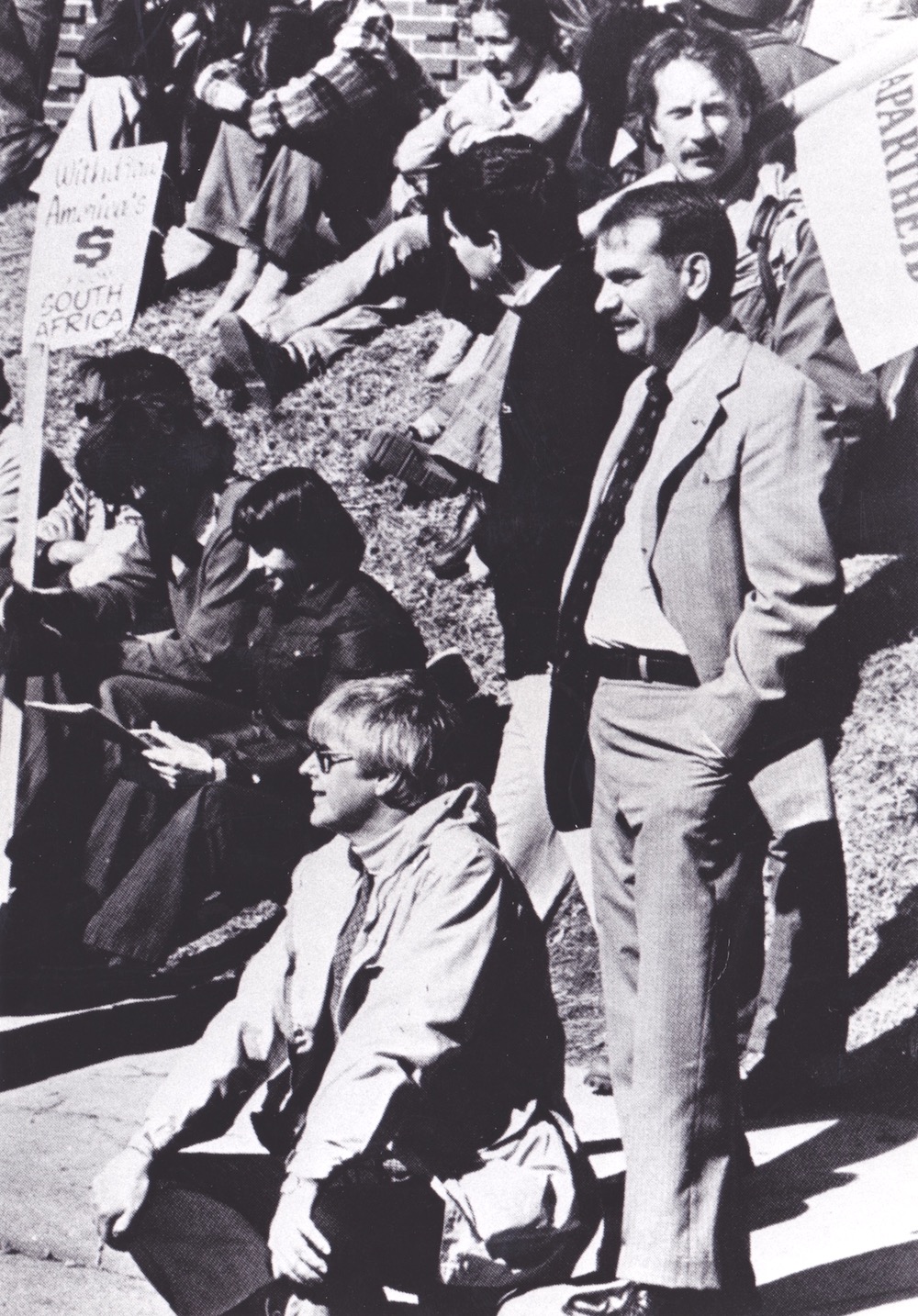 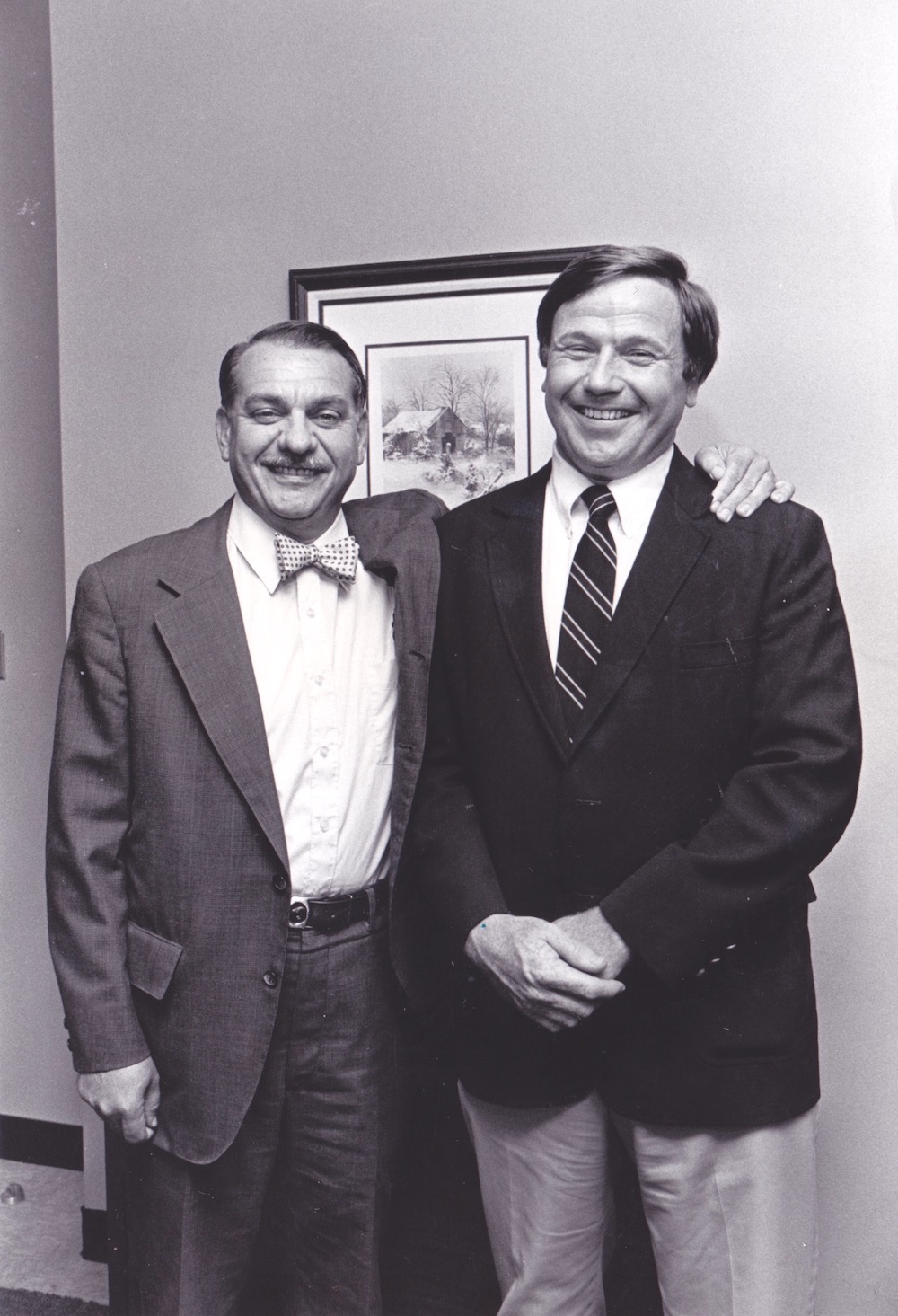 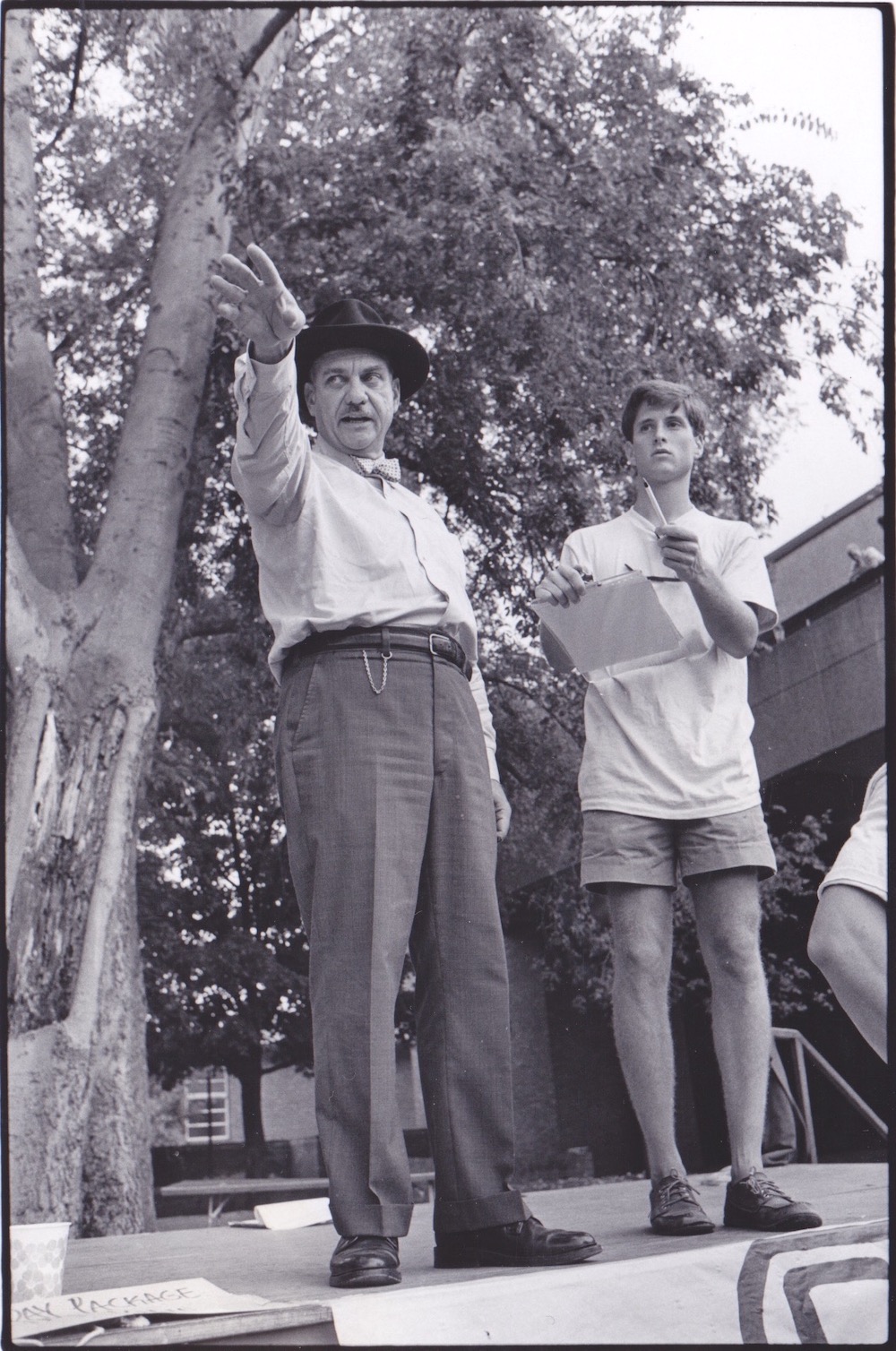 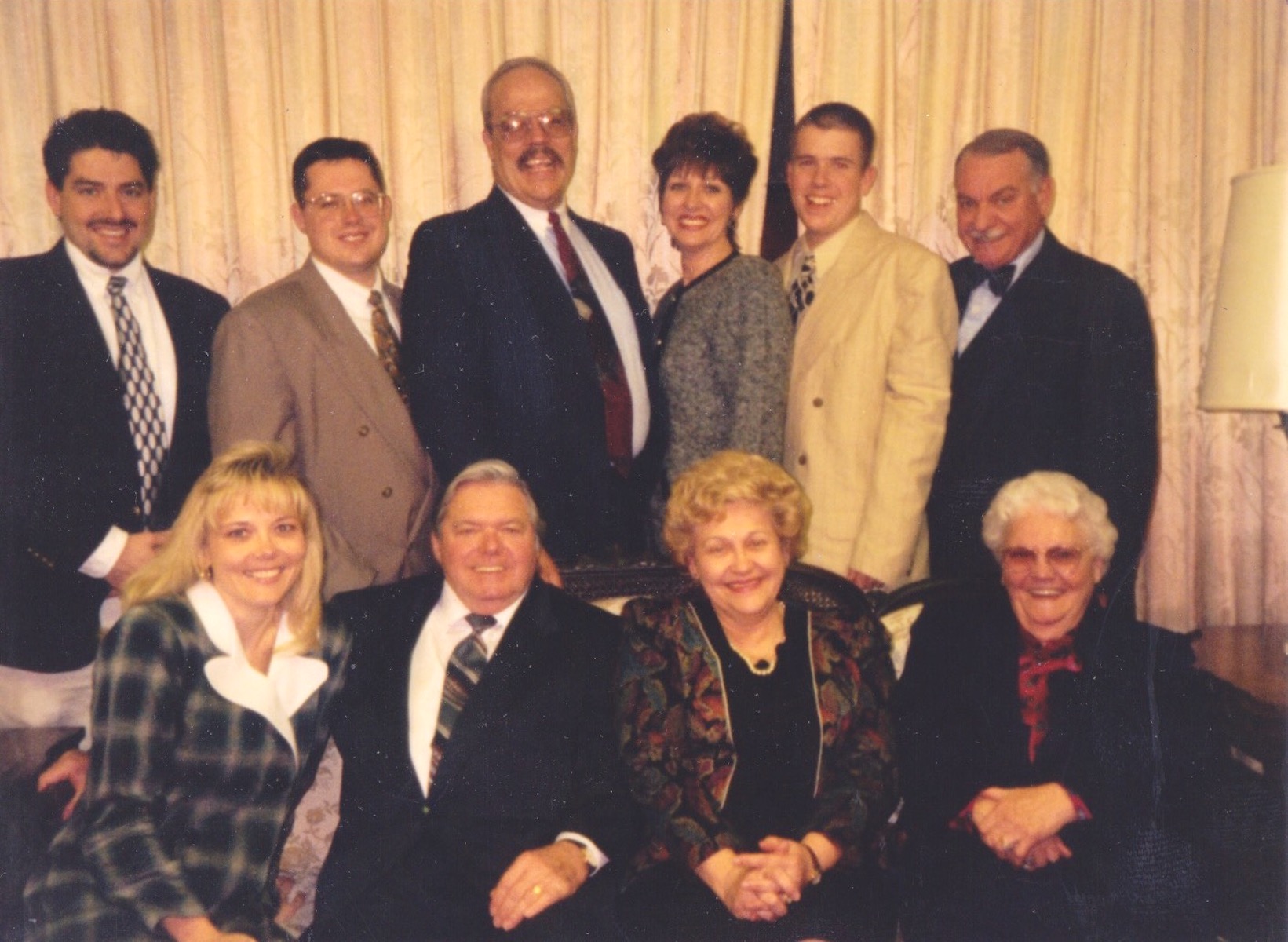 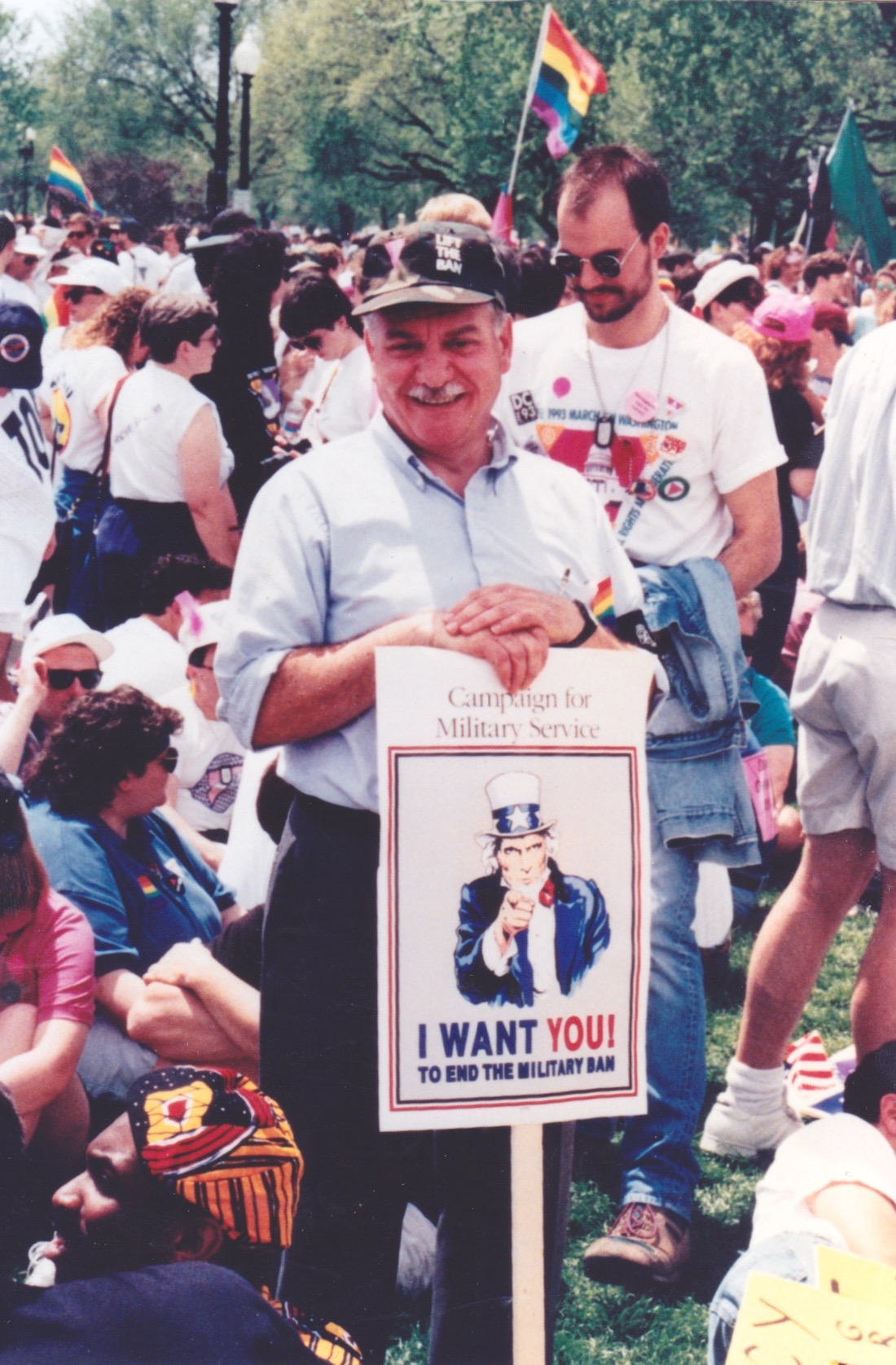 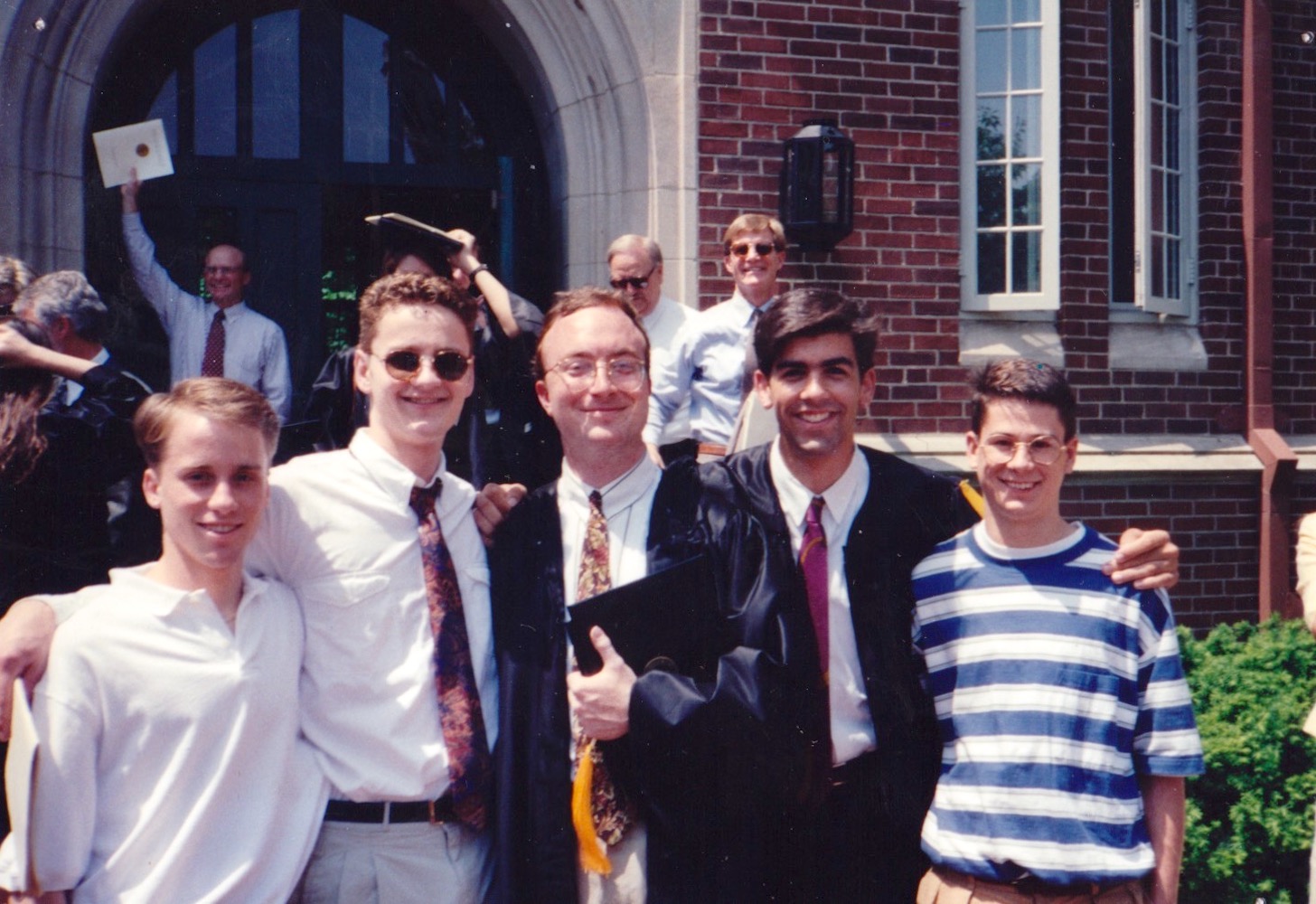 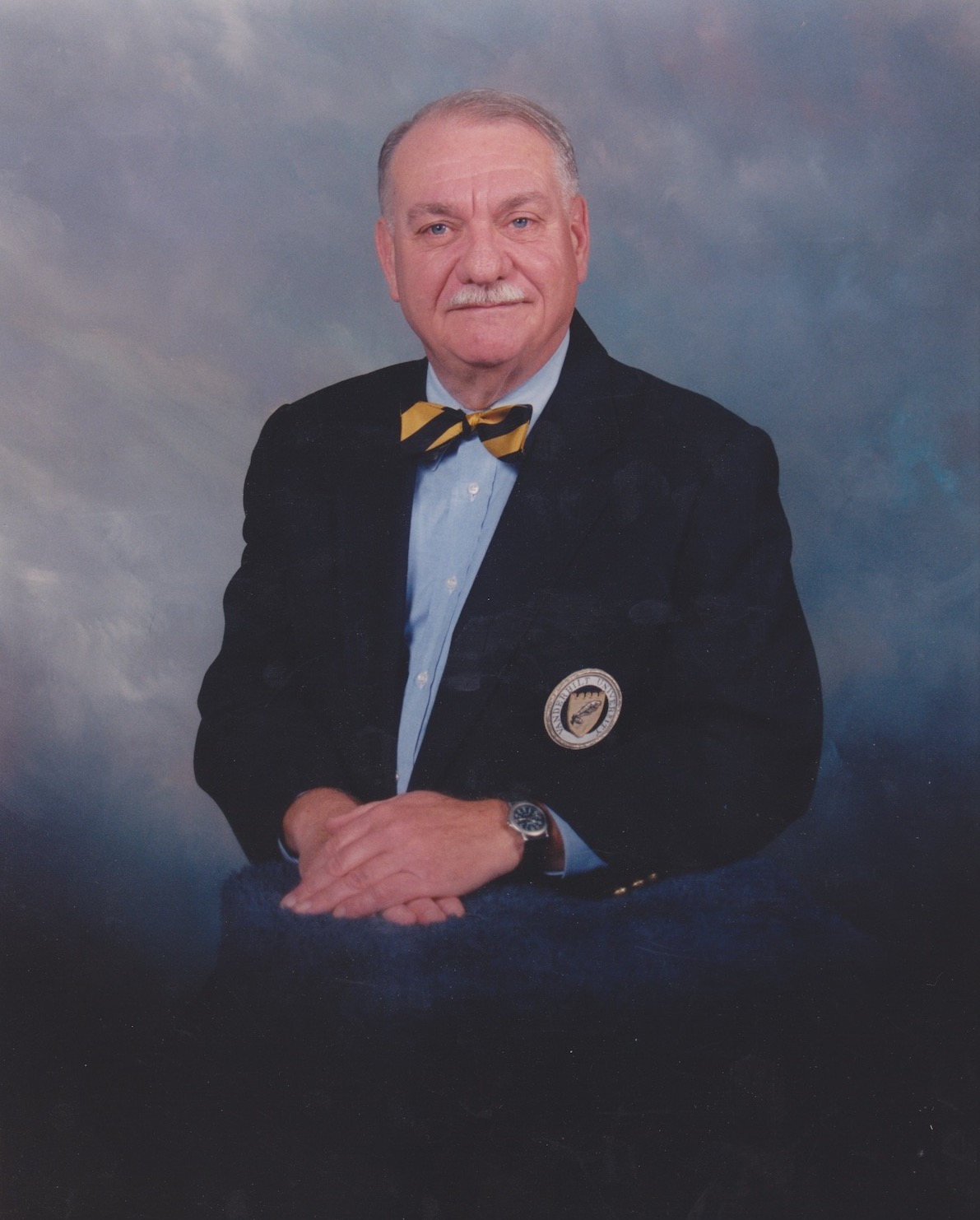 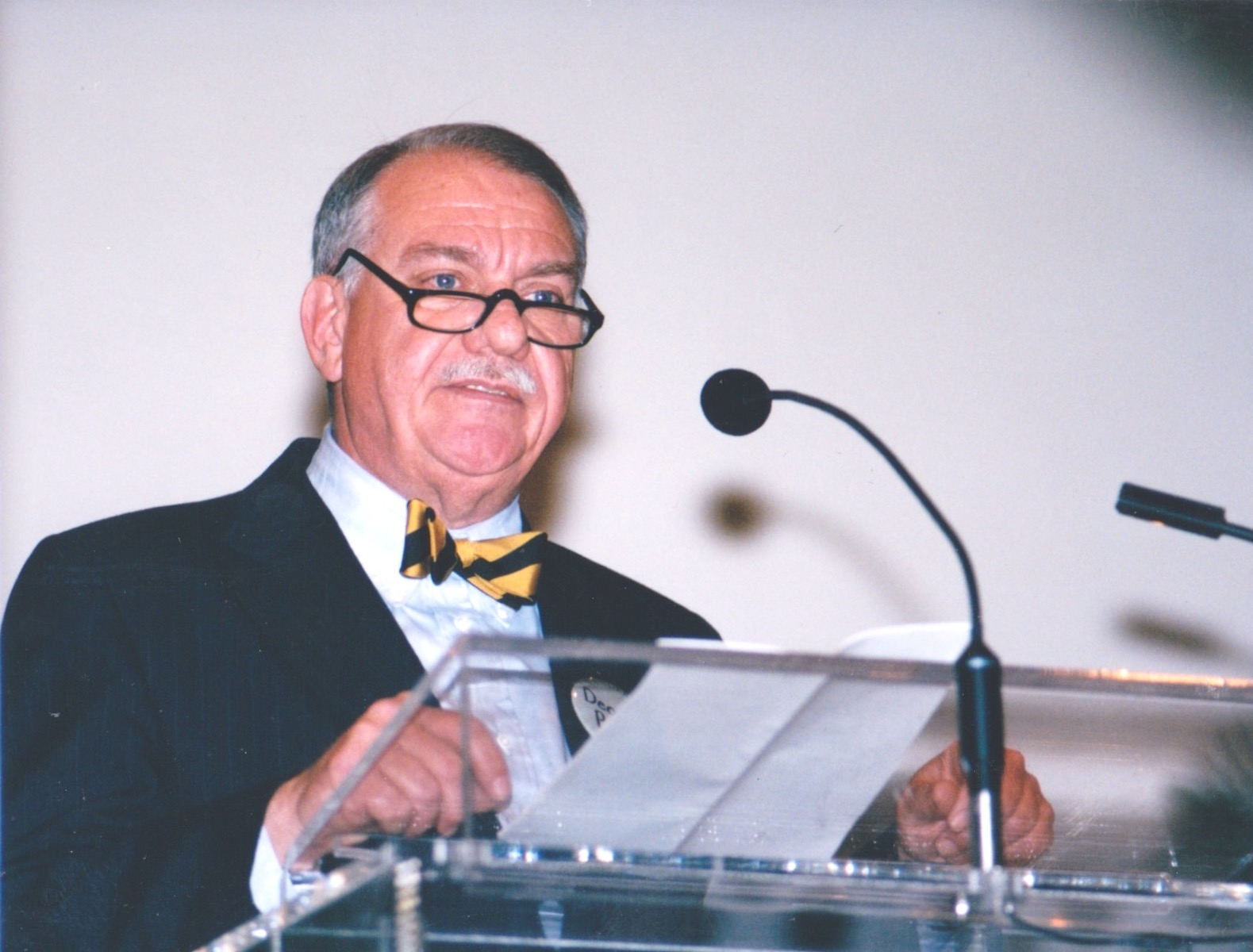 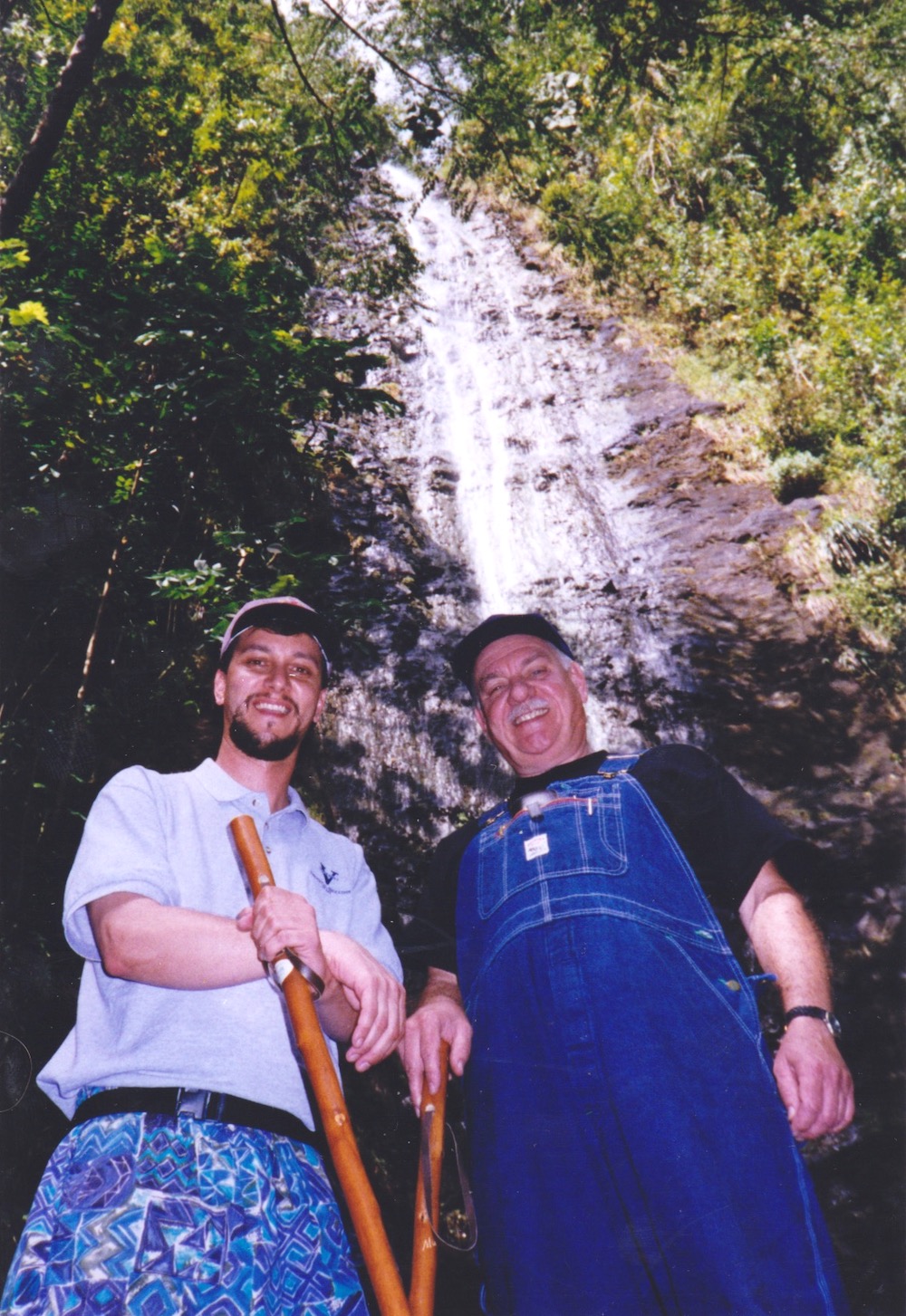 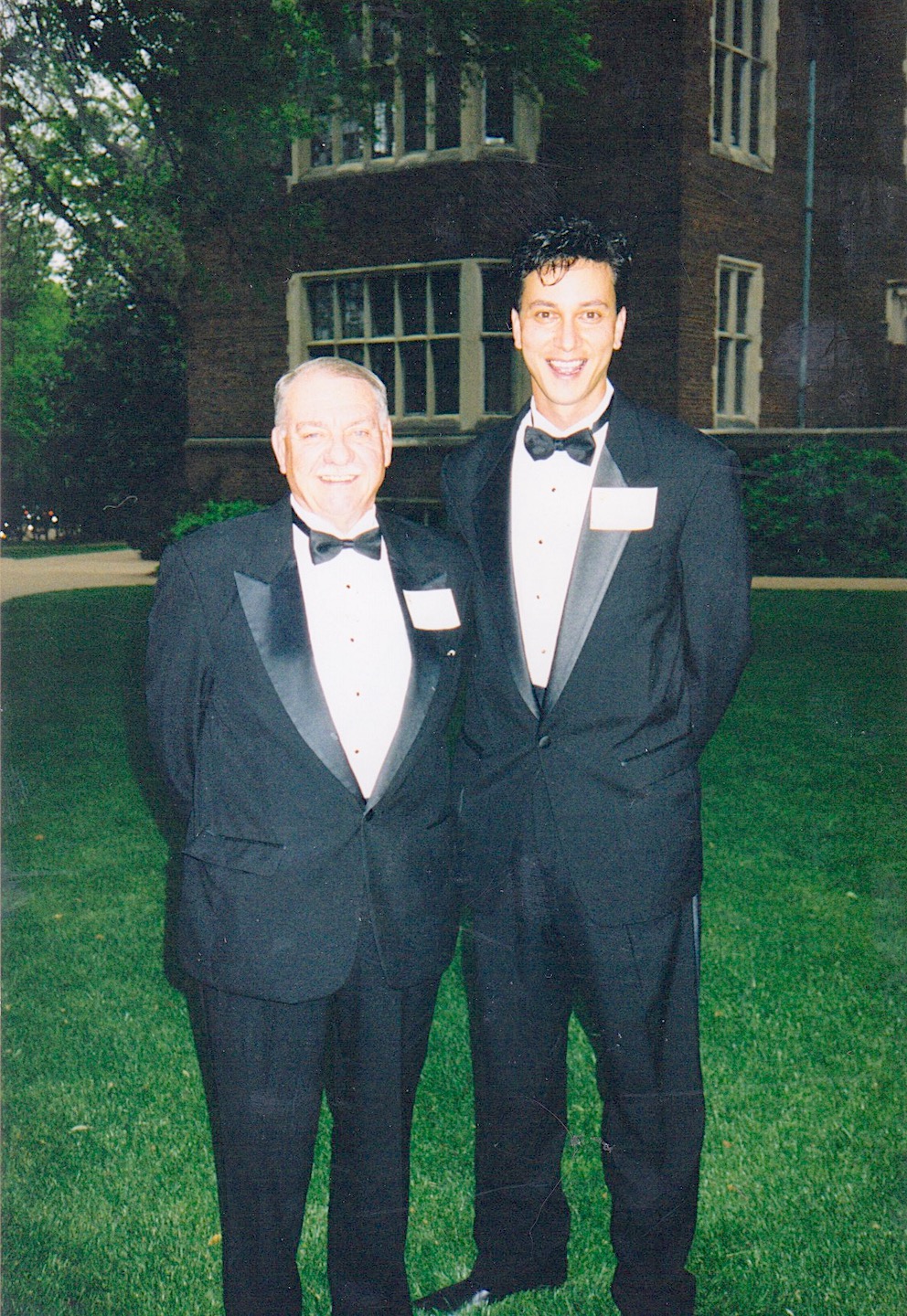 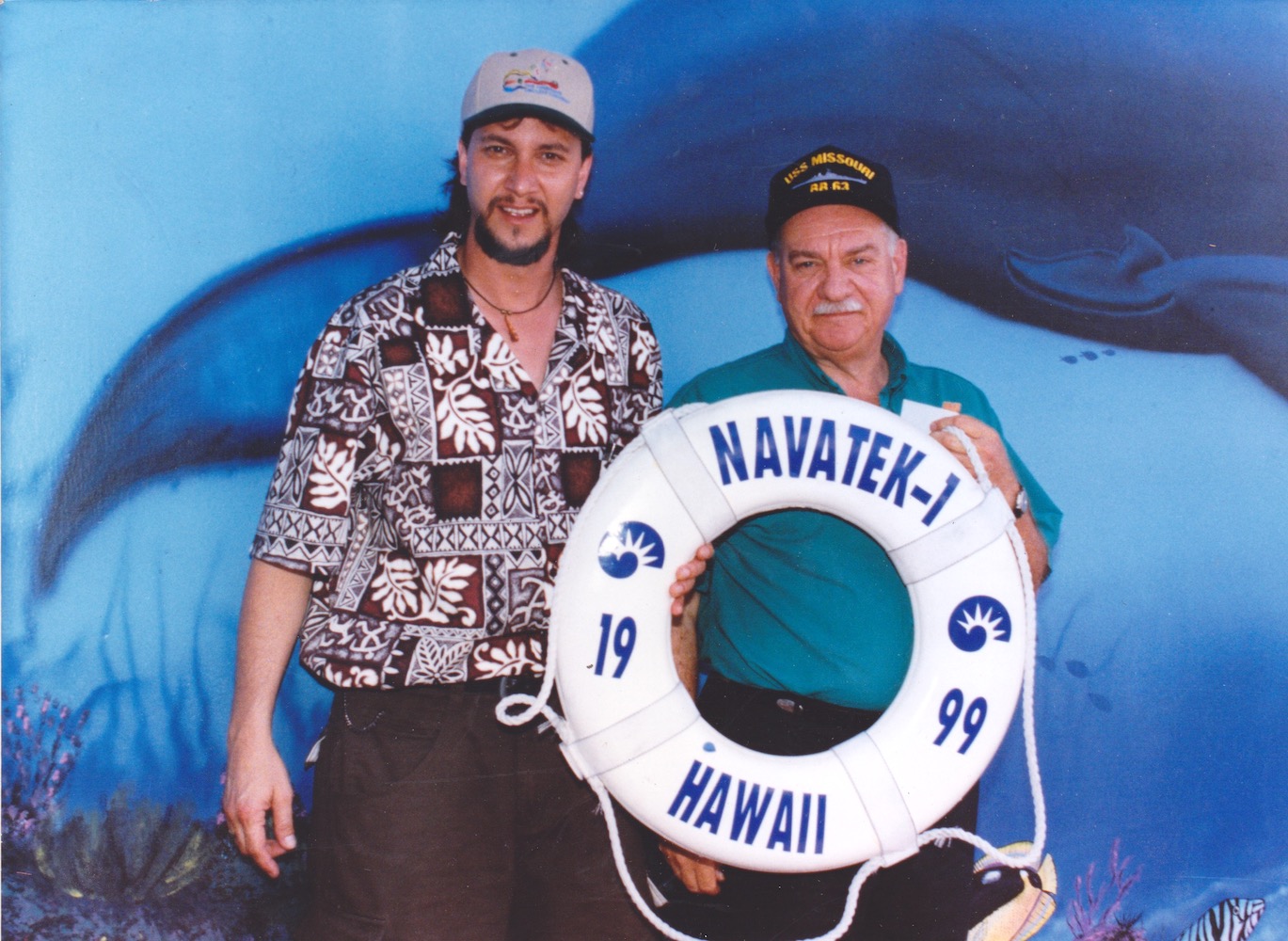 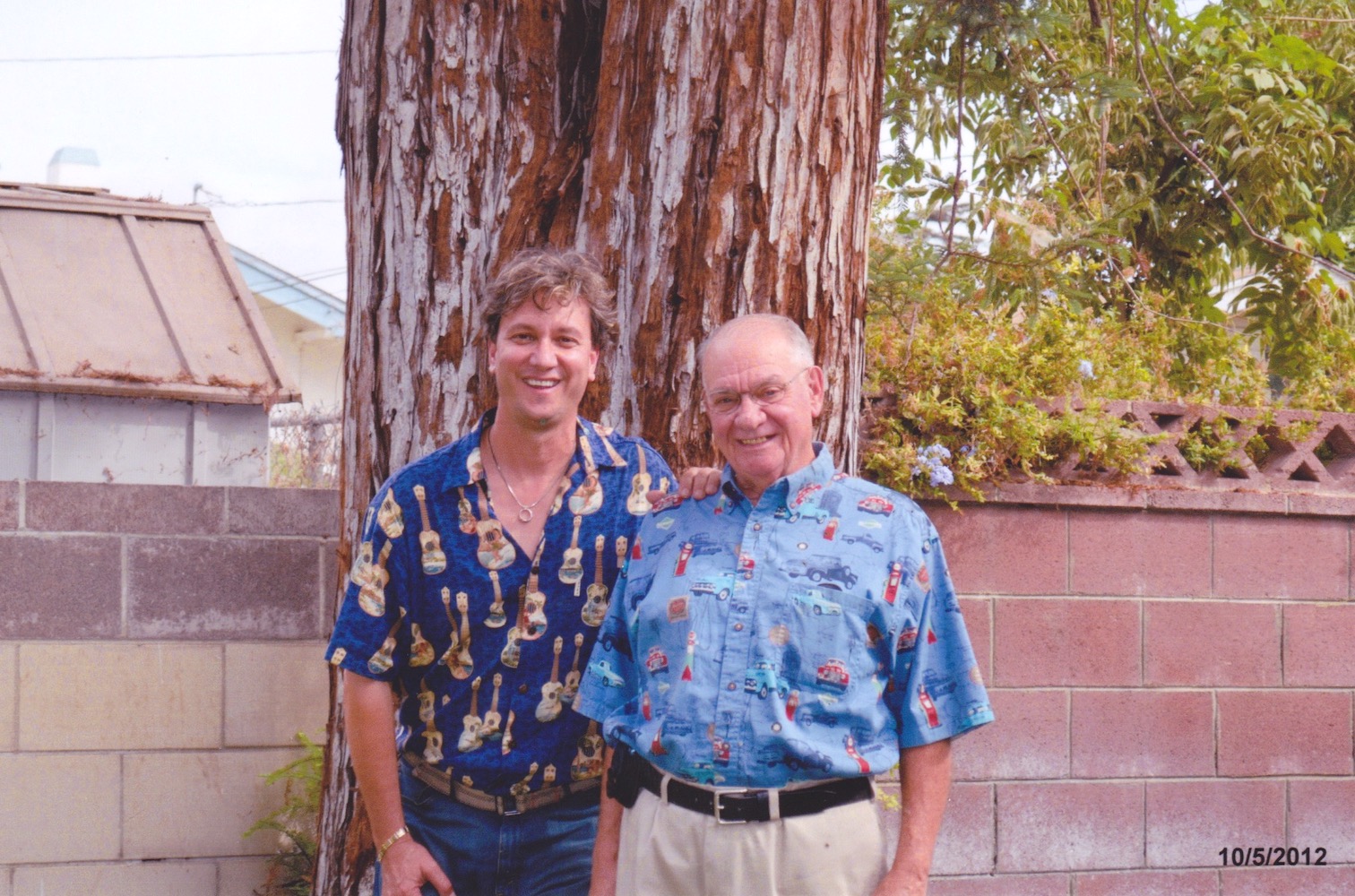 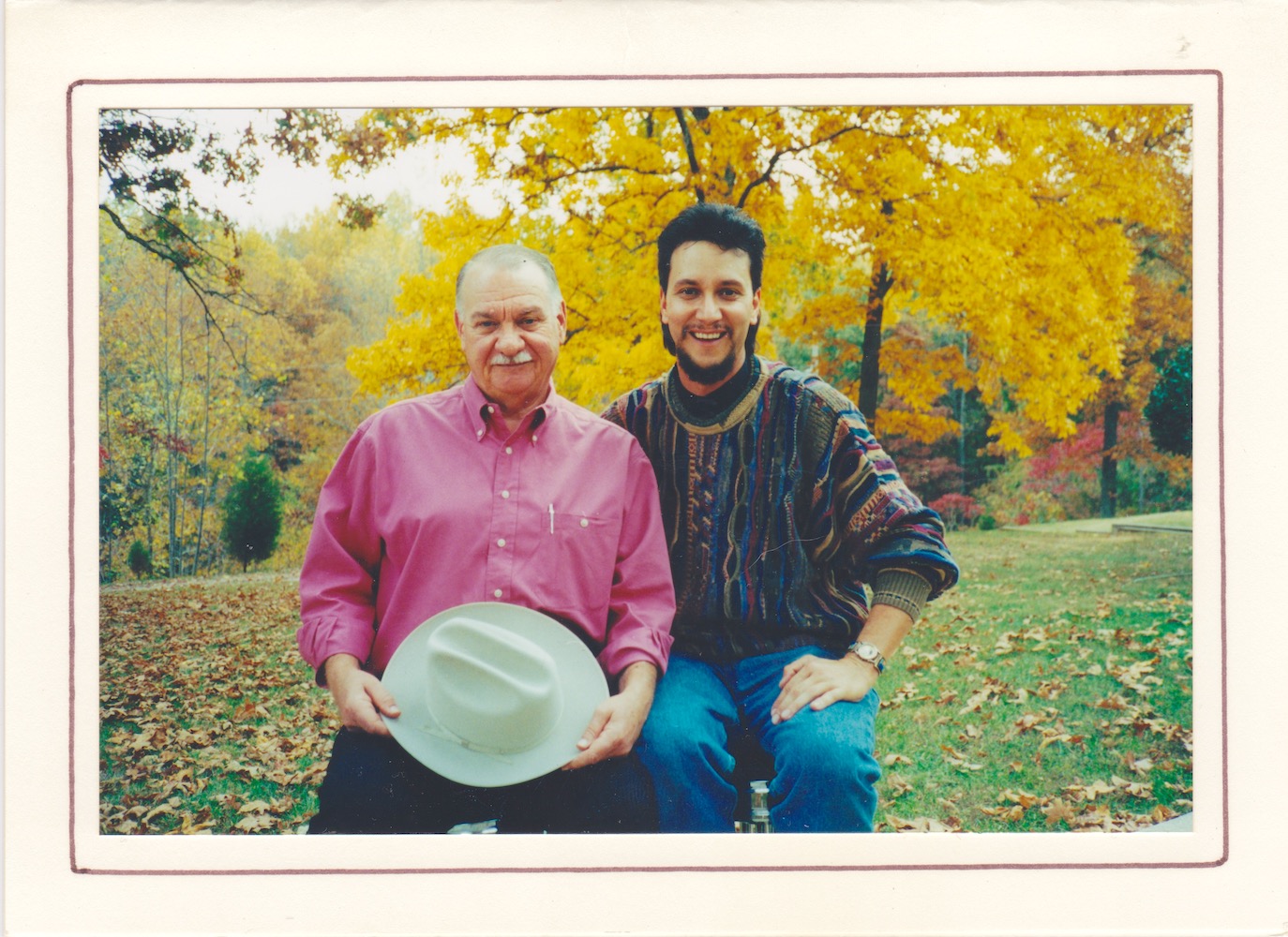 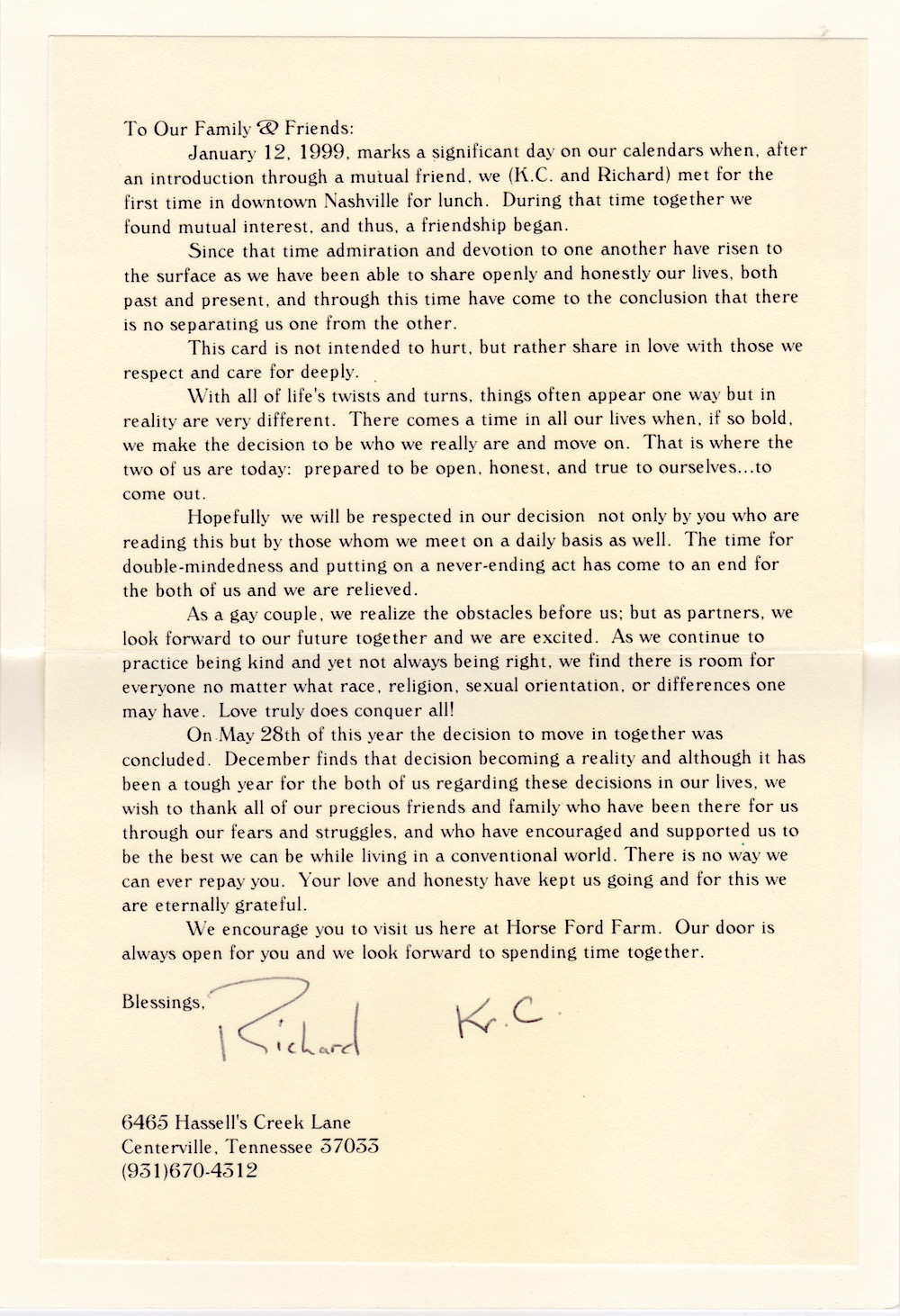