Born in New York City on Oct 17, 1931, Diana Smith (later Diana Rivers) grew up near Morristown, New Jersey, within an artistic and literary family. Diana’s grandmother was an artist, and arranged for Diana to spend summers in Maine, studying with sculptor Bill Zorach. There in Maine, Diana met her future husband, Robert.

Diana started the art school at Cooper Union in the early 1950s, but left to marry Robert and travel with him throughout Europe and study art. The couple had three sons, and they later lived in an intentional artists community in Stony Point, New York. In 1970, Diana and Robert divorced, and Diana took the last name of Rivers in honor of her newfound freedom.

After traveling extensively on her own through the American West, Diana settled in Boxley Valley near Jasper, Arkansas, and started a community called Sassafras. When Sassafras fell apart, Diana and 19 other women established The Ozark Land Holding Association about 30 miles southeast of Fayetteville. They built homes for themselves and each other, a community house, and a peace garden. Other women have come and gone, but Diana lives there to this day.

In 1987, Diana published Journey to Zelindar, her first book of the Hadra series. Diana’s writings explore women’s struggles, loves, and conflicts as they chart paths to life against the backdrop of patriarchal norms. Out in the world, Diana helped organize the Women Vision conference in Kansas City, the MatriArts festival in Fayetteville, and the Women’s Conference and Festival at the University of Arkansas in 1990. In 2008, she co-founded the Goddess Festival, held each March to coincide with the spring equinox. In 2016, Diana had a stroke and nearly died. She has since regained a good portion of her strength, and even manages trips north to visit her sons.

On the morning of Diana’s OUTWORDS interview, we met her at a café near her home. We drank coffee and talked quietly while grizzled men entered, chatted, glanced our way, and left. Diana asked us to keep the café’s location under wraps. Then we loaded our gear into the back of her pick-up Subaru, and she drove us up the hill to her house, which sits among dense woods and feels like a treehouse on the ground, every inch of it handcrafted, every inch lined with books and mementos of a long journey towards selfhood and wholeness.
Diana as a girl in Bernardsville, NJ, circa 1935. Diana sculpting at William Zurich (American sculptor and painter)’s studio in Maine, circa 1947. The book cover for Diana ~ book one, which is part of a series of photo books on Diana Rivers’ life and artwork. The cover photo is of a young Diana in Paris, France, circa 1951. Diana showing her son Sean Folley a lizard in Colorado, as part of their cross country van trip, circa 1963. Diana playing with her three sons Kevin Folley, Paul Sterling, and Sean Folley in Turkey Hill Lake, NY, circa 1960s. Diana motorcycling through France, 1951. Diana removing a rascally raccoon from a school kitchen in Canada, circa 1960s. Diana helping decorate The Land Picnic at the Gate Hill Cooperative, an experimental artists’ colony and intentional community in Stony Point, Rockland County, NY, circa 1960s. Diana on her first trip with her new girlfriend in Chaco Canyon, NM, circa early 1990s. Diana sitting next to the Big Thompson River in Estes Park, CO, circa 1990s. Diana (at age 60) during her croning ceremony, Northwest Arkansas, October 1991. Diana exploring Greece (near Delphi) with her friend Joanie, 2007. Diana standing next to some rock formations. Diana on the way to a ritual and performance. A portrait of Diana smiling. Diana holding a snake outside her home in Northwest Arkansas. Diana as co-creator of the Goddess Festival, standing next to her altar which includes her artwork, Northwest Arkansas. A large clay sculpture of a figure holding two animals. A framed clay sculpture of two intertwined figures by Diana Rivers. Diana on a raft trip with the girls in Salmon, River, ID. An author portrait of Diana in Northwest Arkansas. Diana on a jungle trek in El Valle, Panama, 2006. Diana in front of the waves, Hawaii, 2007. 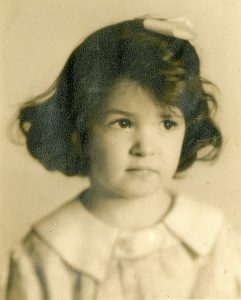 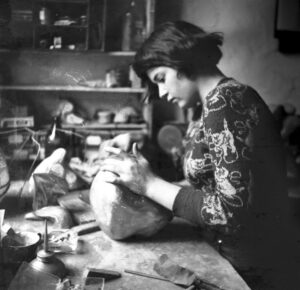 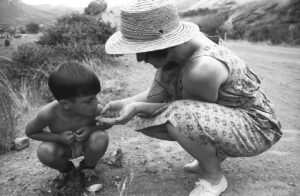 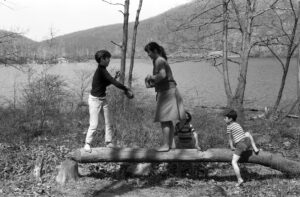 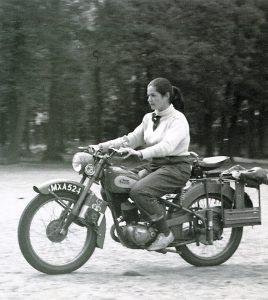 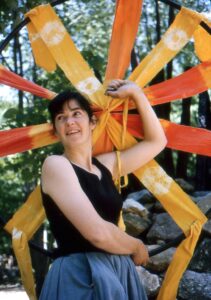 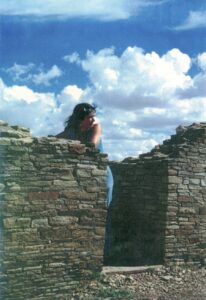 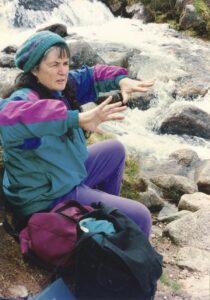 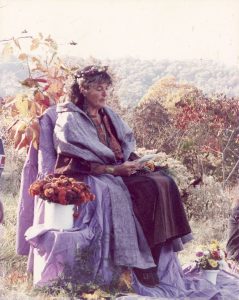 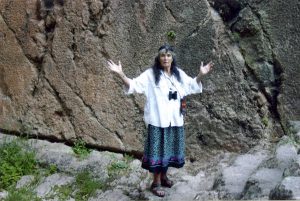 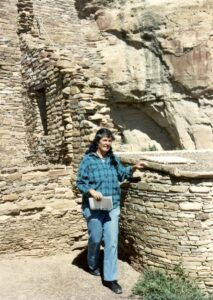 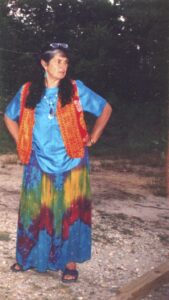 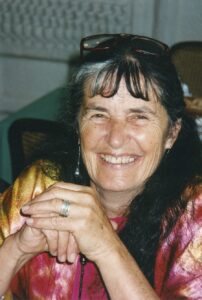 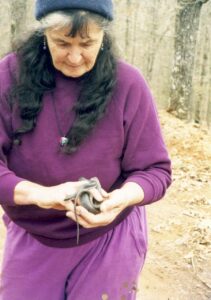 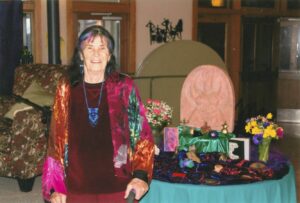 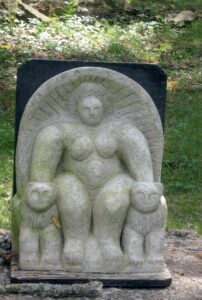 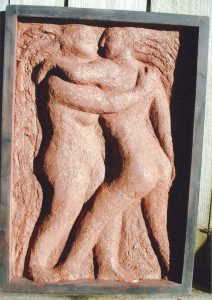 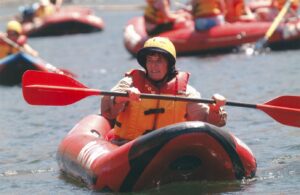 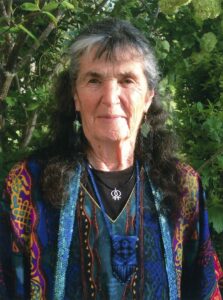 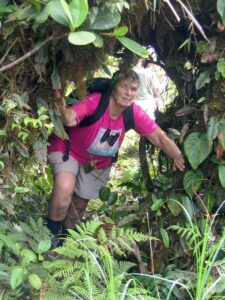 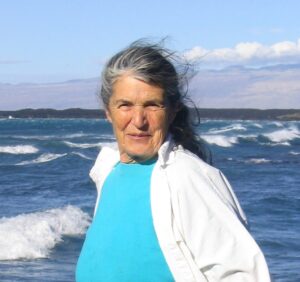