Alexei Romanoff was born in the Ukraine in 1936, fled with his family to the United States during World War II, and came of age as a gay man in New York’s Greenwich Village during the 1950s. In 1958, he moved to Los Angeles.

In 1964, Alexei became co-owner and manager of a gay bar called New Faces in the artsy, rough-and-tumble LA neighborhood of Silver Lake. On New Year’s Eve 1966, New Faces was one of four gay bars raided by the police. Six weeks later, Alexei helped organize a protest demonstration at one of those bars, the Black Cat. Taking place more than two years before the Stonewall riots of June 1969, some people (especially Angelenos) regard the Black Cat protest as the true genesis of the modern gay rights movement.

Over his long and storied career as a queer activist, Alexei has been ready to roll up his sleeves on behalf of any individual or group whose rights were being denied or trampled. In 2009, Mayor Eric Garcetti and the Los Angeles City Council recognized Alexei for his dedication to civil rights. That year also, Alexei was instrumental in getting the Black Cat designated as a California historical monument. In 2017, Alexei served as Grand Marshal of the Los Angeles Resist March, which took the place of that year’s traditional Pride march.

Today, Alexei lives with his husband David in the wooded hills north of downtown Los Angeles. With his twinkling blue eyes and easy laugh, it’s easy to imagine Alexei as a young Ukrainian immigrant charming the pants off New York queers in the 1950s. But Alexei’s fighting spirit is never far below the surface – the spirit that has fueled and sustained him through a half-century of rowdy activism for a more inclusive, humane world.
Alexei in his upstairs apartment in NYC, 1956. May 1966 Pride Newsletter. Alexei on the patio of his friend Steve’s house in February, 1968. Alexei and David's domestic partner signing at the Gay and Lesbian Center, Los Angeles, CA. Alexei at the dedication of the Mattachine Steps, 2012. Alexei Romanoff at the dedication of the plaque at The Black Cat in the Silver Lake neighborhood of Los Angeles, CA, 2014. Alexei and David’s Wedding. Pride Grand Marshal Alexei Romanoff (right) with David Farah on the Main Stage at the Resist March, 2017. David and Alexei on the Resist March Main Stage, 2017. 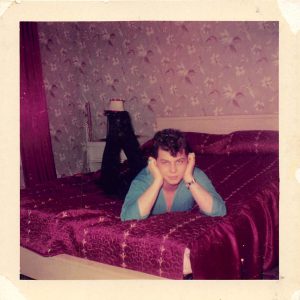 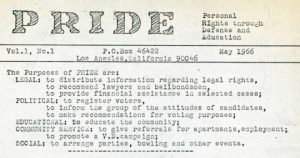 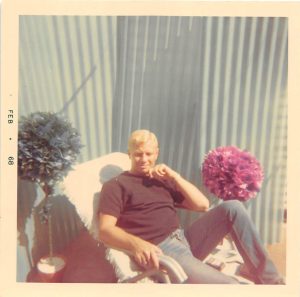 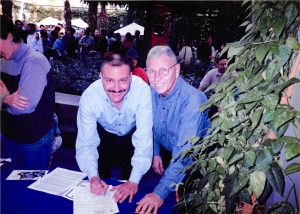 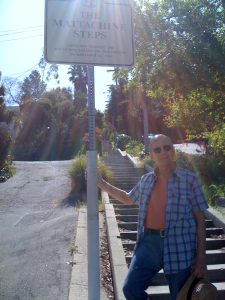 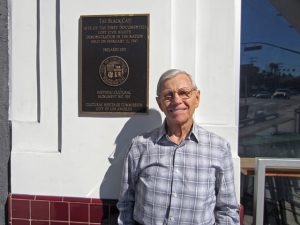 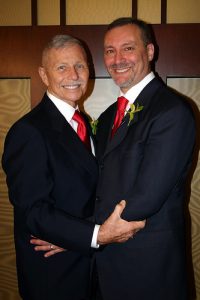 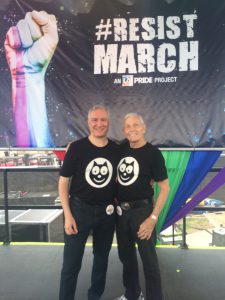 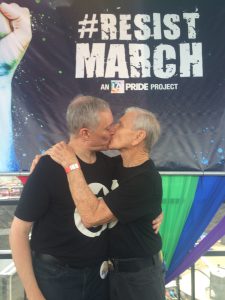