A fifth-generation Iowa farmer, Matt Russell was born in 1970 and raised in the rural community of Anita, Iowa. Of the 28 students in Matt’s high school graduation class, 21 had been together since kindergarten. Matt went off to Loras College in Dubuque, Iowa, worked for a time at a horse stable in Colorado, then entered Mundelein Seminary near Chicago with the intention of becoming a Catholic priest.

After two years there, however, Matt could no longer picture being gay as something he would hide and suppress for the rest of his life. In fact, he started to realize that it was a gift from God. Withdrawing from seminary, Matt moved to Las Vegas to teach school, then returned to Iowa and began a series of jobs with various faith, social justice, and community activist groups. His mission in life as a gay man of faith was still unfolding.

In 2001, Matt met his partner, Patrick Standley. His path became clearer. Four years later, Matt and Pat bought 110-acre Coyote Run Farmin Lacona, about 40 miles southeast of Des Moines, and began turning it into a model for sustainable farm practices. In the meantime, Matt became the Resilient Agriculture Coordinator at the Drake University Agricultural Law Center, a position he held until 2018, when he became executive director of Iowa Interfaith Power & Light, an organization empowering Iowans to find and implement faith-based solutions to climate change.

Back at Coyote Run Farm, Matt and Pat hired and eventually became legal guardians to Austin and Devon, teenaged brothers who were living with a very challenging family situation down the road. In this way, it’s possible to say that Matt found a way to express his gifts for discipleship, and his faith in himself and God – not as a priest, but as a married gay man partnering with his spouse to create a family of four.

Our OUTWORDS team drove five hours from Chicago to Coyote Run Farm, arriving at sundown. Pat welcomed us, gave us a tour, dinner, and comfortable beds to sleep in. Later that evening, Matt arrived home with Austin and Devon after taking the boys to visit family in California. The next morning, we all rose early, and Matt sat down at the kitchen table to share his story.
Matt Russell, summer 1971. L-R: Matt Russell and husband Patrick Standley two years before buying their own farm, August 2002, Anita, IA. 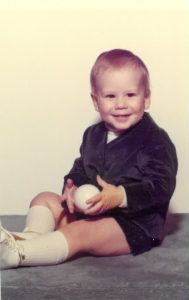 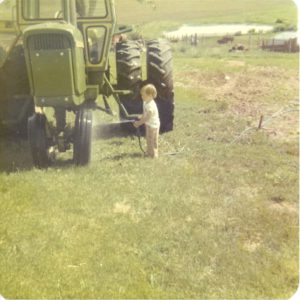 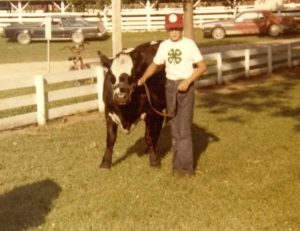 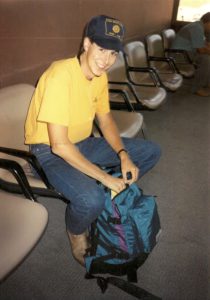 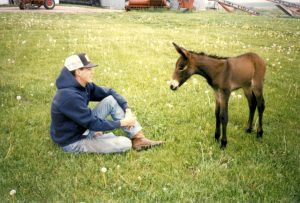 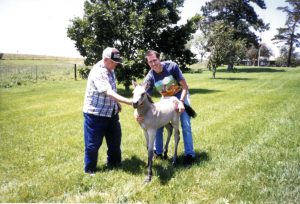 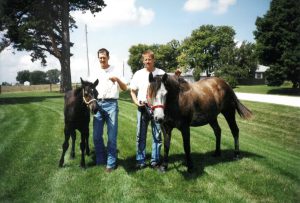 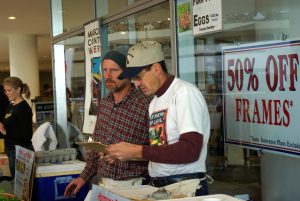