Born in Chicago to a single mother from Memphis in 1958, and raised in South Central Los Angeles, Sharon Bridgforth identifies as a child of the African-American Great Migration. Her mother’s circle was other independent single mothers, a fast-paced and laughter-filled community. Sharon attended Catholic school and fell in love with the ritual of mass; this love of ritual would later become an integral part of her work as an artist.

Though in retrospect, Sharon later realized that queer people were all around her as a child, it was deeply hidden at the time. She started drinking at the age of ten and going to clubs at 15. At 22, she became a born-again Christian and married a friend of hers. When she became pregnant, she felt that the only thing she could offer this child was the ability to dream – and that meant she had to reckon with her own dreams. She finally admitted to herself that she was attracted to women, and got divorced shortly after her child Sonja was born, remaining close with the father and his family.

Even before she came out, Sharon says her queerness opened a “portal” to an articulation of herself as a writer, and she got her BA in Creative Writing from Cal State LA. After graduation and a series of odd jobs, she became an intake worker at Planned Parenthood, where she met a gay black coworker who took her to Jewel’s Catch One, the only Black disco in Los Angeles (founded by OUTWORDS interviewee Jewel Thais-Williams). Seeing Black queer bodies dancing was a “spiritual” experience for Sharon, and it altered the course of her life.

By 1989, Sharon had become a functional alcoholic. Sending her daughter to Atlanta to live with her father, Sharon moved to Austin, and got a job managing syphilis cases for the county health department. There, a group of HIV+ outreach workers, activists, and community organizers, most of them queer women of color, took Sharon under their wing. By 1995, she had gotten sober.

Sharon’s newfound friends got her to re-engage with her writing, which was sitting neglected in a suitcase. When she sent a collection of poems to Word of Mouth Women’s Theater Company, they asked to produce it as a one-woman show. Bolstered by this validation, Sharon started her own touring company, the root wy’mn theater company. This led Sharon to create work in the lineage of “theatrical jazz.” In theatrical jazz, according to Sharon, “What you’re really trying to do is to open so that the portal of the thing that you haven’t done, the sound that you’ve never heard, can come through.”

In Austin, Sharon also found love in Omi Osun Joni L. Jones, a University of Texas professor and artist. In 2014, Sharon and Omi were married; today, they live in Los Angeles. Sharon speaks with glowing pride about her daughters, Sonja and Leigh, both of whom are accomplished, loving women.

In 2005, amidst great burnout as an artist, Sharon was diagnosed with cervical cancer. After a successful radical hysterectomy, her priorities crystalized: she just wanted to live. She emerged with a new focus in her work on relationships, alignment, process, and joy. Sharon is an artist who dreams out loud, shining a light forward while standing rooted in her lineages; may we all learn to live so authentically and shine so brightly. 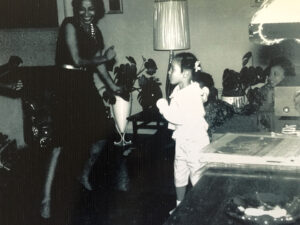 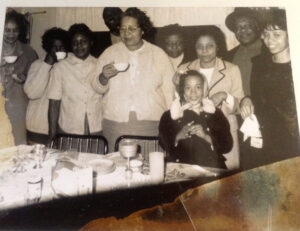 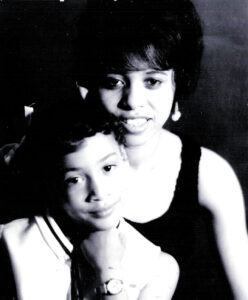 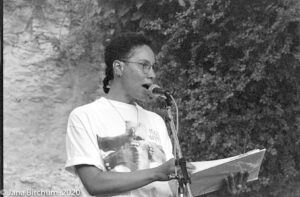 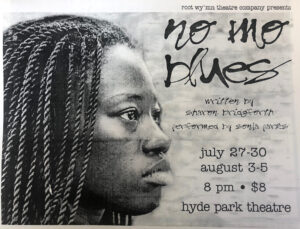 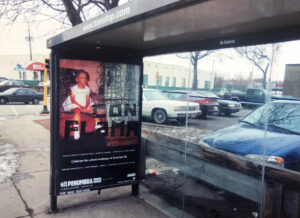 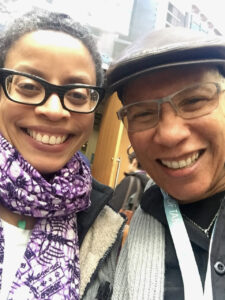 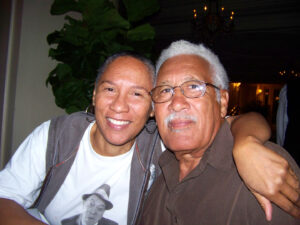 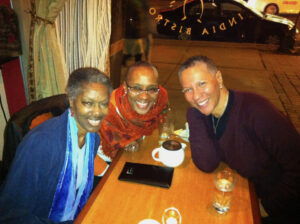 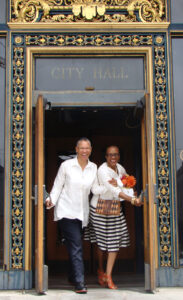 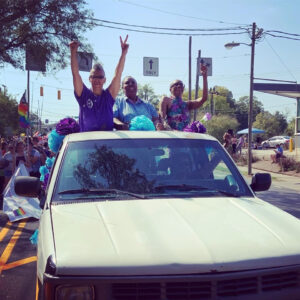 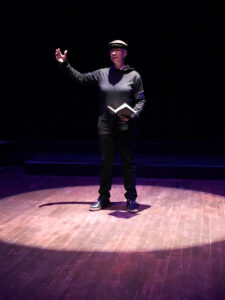 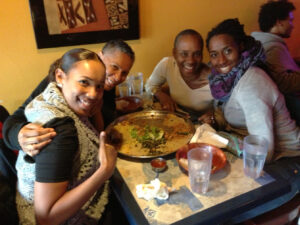 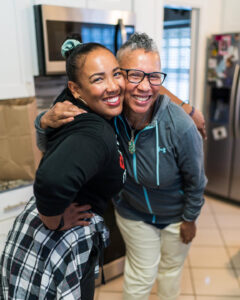 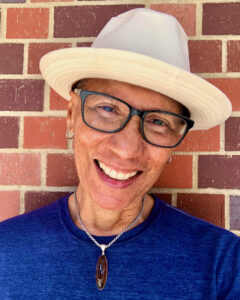