Advanced Search >
Martha Altman (later Shelley) was born on December 27th, 1943, in Brooklyn, New York, to Jewish parents of Russian and Polish descent.  At 17, she joined the first all-female judo class in New York City, and struck up a romantic relationship with one of her classmates. At 18, she started going to demonstrations against the Vietnam War.
In November 1967, Martha attended her first meeting of the New York chapter of the Daughters of Bilitis (DOB), later becoming one of the officers. Because of FBI surveillance, DOB members were advised to take aliases. Altman took Shelley as a temporary alias, and ended up keeping it.
On the night of the Stonewall riots, Martha was giving a tour of Greenwich Village to two women who planned to start a DOB chapter in Boston. Recognizing the importance of the riots, Martha contacted DOB and the Mattachine Society, and proposed a protest march. Her proposal was accepted; the march took place within the month. Out of this energy, she helped found the Gay Liberation Front – then quickly segued to issues within the women’s movement, as an organizer of the infamous Lavender Menace ‘zap’ of the Second Congress to Unite Women in May 1970 – an event that by many accounts altered the course of the women’s movement forever.
In subsequent years, Martha poured her energy into countless media, literary and journalistic projects. She produced the radio show Lesbian Nation on New York’s WBAI radio station, contributed to the 1970 anthology Sisterhood is Powerful, helped run the Women’s Press Collective, and wrote countless works including Crossing the DMZ, a collection of her poetry, and Haggadah: A Celebration of Freedom. Her poetry has appeared in Ms. Magazine and other publications. Currently she is at work on the last novel of her trilogy about Jezebel, queen of ancient Israel. In 2010, Martha also appeared in Stonewall Uprising, part of the PBS documentary series American Experience. Along the way, she found the time and love to co-parent two sets of children.
OUTWORDS interviewed Martha at the red-shingled cottage she shares with her wife in the St. Johns neighborhood of Portland, Oregon. The area around their house is designated a Portland Certified Backyard Habitat. Among the flowers and bushes is a Black Lives Matter sign. And in the side yard are two large water catchment tanks which Martha says could sustain her and her neighbors for several weeks in the event of a natural or manmade catastrophe. In her spare time she is teaching self-defense to a neighbor’s children.
Well into her 70s, Martha has found ways to sustain and adapt her activism; to keep it fluid, passionate, and humane. 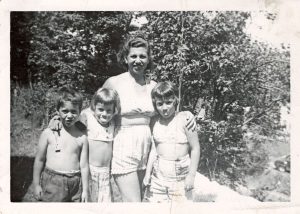 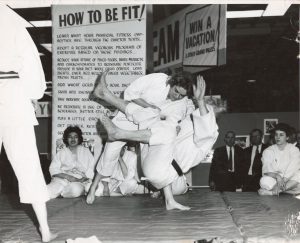 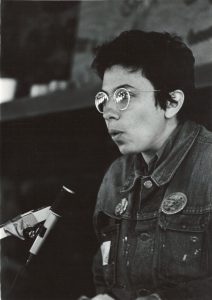 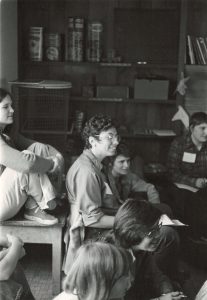 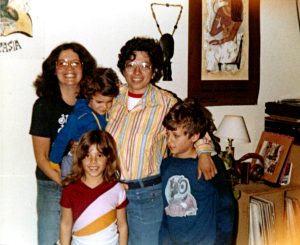 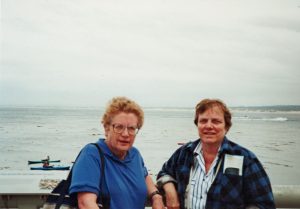 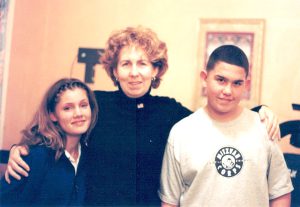 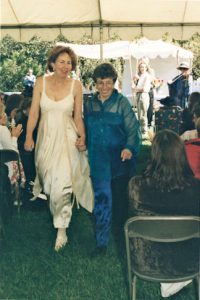