Advanced Search >
Penelope Starr was born in 1945 in New York, NY. As the daughter of two eccentric artists – her mother a jeweler and her father a painter – Penelope grew up with her sister Susy, in a loving home that encouraged creativity and individuality.
After a short time at college, Penelope moved to Woodstock, New York in 1966. Living in what she considered the “epicenter of the universe,” Penelope decided to drop out of the modern world. Soon she married her first husband, Seth, and gave birth to their son, Eli. While she didn’t mind being married to a man, Penelope’s relationship with Seth became strained, and in 1969 she left with her son for Denver, Colorado. There, she went back to college, got a double degree in human services and women’s studies, and became deeply involved in feminist activism. She also came out as lesbian, more as a political cause than as her only path to sexual fulfillment. Today, she proudly identifies as a polyamorous bisexual lesbian. If folks don’t like it, that’s their problem, not Penelope’s.
Eventually, Penelope made her way to Arizona. She started a Navajo rug restoration business that she ran for 40 years until her retirement last year. She also got married again – this time, to an openly gay man. Their relationship was built entirely on friendship and shared support, and ended without rancor when Penelope fell in love with a woman. In 2009, Penelope fell in love with a different woman named Silvia. This time, it stuck. Penelope and Silvia live on the western outskirts of Tucson, in the shadows of the Tucson Mountains.
In 2004, Penelope founded Odyssey Storytelling, a monthly community storytelling event. Over the years, she’s watched it flourish into a popular gathering, attracting people from all walks of life. Based on her experiences, Penelope wrote the book called The Radical Act of Community Storytelling, which she describes as “a memoir with a twist of advocacy.” Penelope offers writing and community storytelling workshops, and is now engaged in penning her first novel. In addition, she has been working for several years with two other women on a documentary film about a legendary women’s-only community on the outskirts of Tucson called Adobeland. She also delights in her six grandchildren – five of whom she only learned about in 2008.
Penelope’s story is full of surprising twists and turns, but it’s been guided throughout by her determination to live by her own rules. From New York to Arizona, that determination has guided her as clearly as a star in the desert sky.
Penny and sister Susy, 1948. Penny, 1960. Penny’s high school yearbook photo, 1963. Penny (1st in front row) with the staff of Safehouse, the Domestic Violence Shelter where she worked from 1977-80, on a retreat in 1970. Penny and Seth, 1971. Photo of Penny, her mother, Ruth Pawelka, baby Eli Crews, and her grandfather, Gus Pawelka, in September, 1972. Penny and her son Eli at a Women's Festival, Denver, CO, in 1975. Penelope the weaver. Getting married to Gordon Simmons in 1991 at north rim of the Grand Canyon (the officiant is a park ranger). Penelope at a Wingspan march for equal rights (in the back with Senior Pride), November 14, 2008. Penelope was the Senior Pride coordinator at Wingspan where a fellow asked what word they liked to describe ourselves. According to him, none of the seniors would claim “Queer” so, of course, Penelope did, 2008. Penelope started Odyssey Storytelling in Tucson, AZ in 2004. Penelope and her partner, Silvia Kolchens, 2016. Penelope with her daughter, Nancy Thomasian, at the book release party for “The Radical Act of Community Storytelling,” 2017. Presenting a workshop at the National Storytelling Network Conference, 2017. 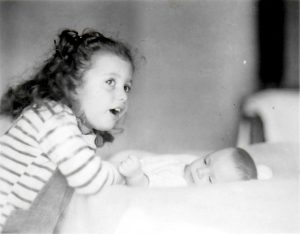 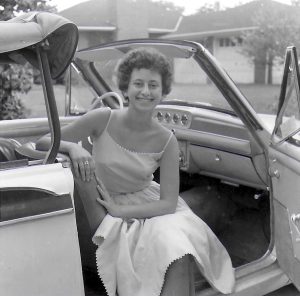 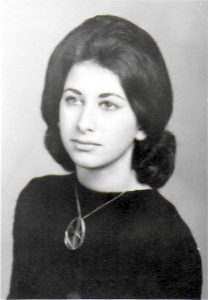 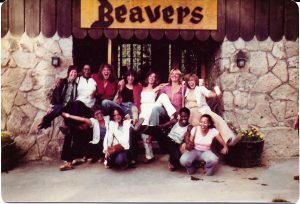 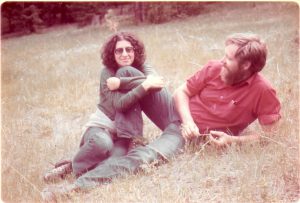 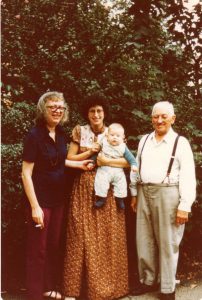 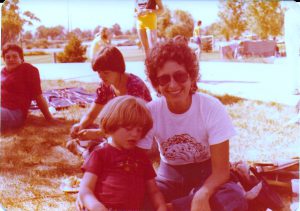 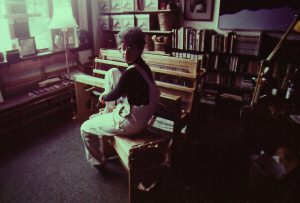 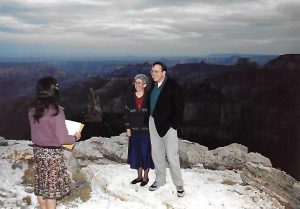 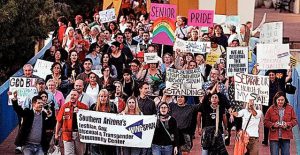 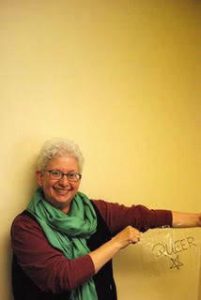 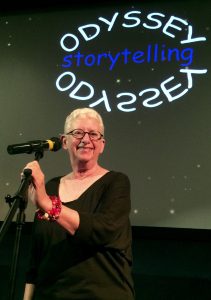 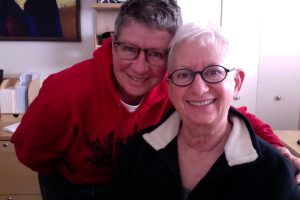 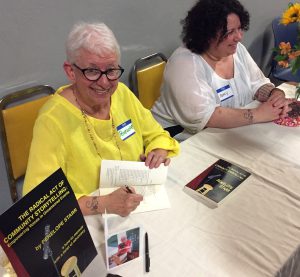 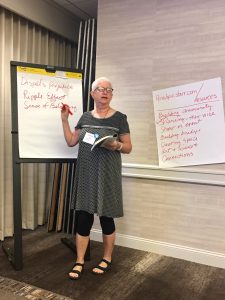