Zeek Taylor was born in the Arkansas Delta in 1946, and raised in the small town of Marmaduke, where his mother was a hairdresser and his father was the postmaster. During Zeek’s growing-up years, school let out in the Fall for cotton harvest. Zeek picked cotton alongside his schoolmates until he started college in 1964 at Arkansas State University.

Following college graduation, Zeek taught public school art before returning to school at the Memphis College of Art where he majored in painting. While attending art college, Zeek danced with Ballet South. He later worked professionally as a hairdresser until his art career took off.

While living in Memphis, Taylor met his longtime companion Dick Titus. From 1975 to 1987, they lived in Fayetteville, Arkansas. When Zeek’s art caught the attention of a Chicago company with international distribution, Zeek and Dick headed about an hour northwest to the tiny Ozark artist colony and resort town of Eureka Springs. In May 2014, after “a damned long engagement”, Zeek and Dick became the first male couple to wed in Arkansas – and, in fact, in the entire South.

Zeek’s art is primarily brightly colored depictions of animals and flowers. His work has been displayed five times at the Arkansas Arts Center, three times in the prestigious Delta Exhibition, and four of his watercolors have hung in the Arkansas Governor’s Mansion.  Zeek’s segment on NPR’s “Tales From the South” series was heard by 130 million listeners worldwide. He’s also been featured on NPR’s Morning Edition and Storycorps. In 2012, Zeek received the Arkansas Governor’s Art Award for Lifetime Achievement. Zeek published his memoir of short stories, Out of the Delta, in 2016.

In preparation for OUTWORDS’ first trip to the South in 2017, we searched extensively for the region’s LGBTQ pioneers. But it was only on the eve of our trip that we learned of Eureka Springs, possibly the most gay-friendly small town in the South. A bit oddly, Eureka Springs is also a magnet for evangelical Christians who flock there by the busload to watch The Great Passion Play, a re-enactment of Jesus’ last days on Earth. Right in the middle of town is Zeek and Dick’s home, a lovingly decorated Victorian bungalow that somehow feels just right for a couple of peace-loving, contented queers. 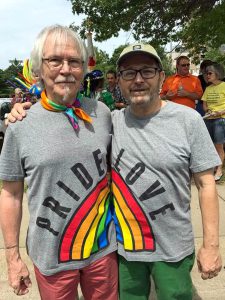 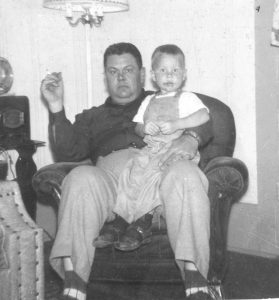 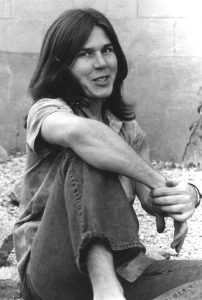 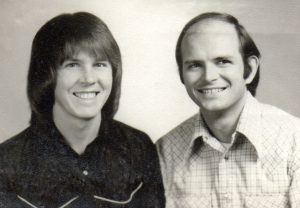 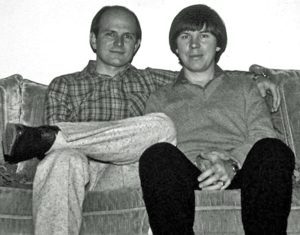 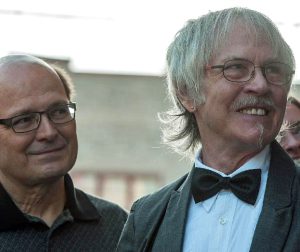 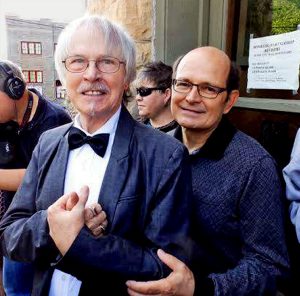