Advanced Search >
Carmen Vázquez was born on January 13, 1949 in Bayamon, Puerto Rico to a WWII veteran and a seamstress. Her parents migrated to New York City in 1951, and Carmen followed them in 1953. In Catholic school as a kid, she was often a troublemaker, but she went on to complete her undergraduate degree at the City College of New York (CCNY) and her Master’s in Education at the City University of New York (CUNY) Graduate Center. CCNY was a seminal seed for her later activism from 1967-1971 through her involvement in Anti-Vietnam War protests, the preservation of open admissions at CUNY, and the creation of a Black and Puerto Rican Studies Department.
In 1974, Carmen moved to San Francisco where she became involved in the joy and politics of Gay life during the era of sexual liberation. She joined the staff of the SF Women’s Centers and then the Women’s Building in 1980. She became the Director of Gay and Lesbian Health Services for the SF Department of Health in 1986; returned to New York City in 1994 where she served as Director of Policy for the LGBT Community Center until 2003; was Deputy Director for Empire State Pride Agenda from 2003-2007; and became Director of LGBT Health Services at the NYS AIDS Institute from 2008 until her retirement in 2019. Until 2021, she served as Co-Chair of the Board of Directors for the Woodhull Freedom Foundation.
Whether she was overseeing the response to violence against the Women’s Building, increasing AIDS funding for people of color and women’s health, founding a national coalition of LGBT liberation and reproductive justice activists, creating space for immigrant and AIDS organizing, or lobbying for marriage equality, Carmen’s career was defined by an unyielding commitment to health and justice for the most vulnerable among us. Her work has been recognized and celebrated by The SF Board of Supervisor and the New York City Council, by numerous non-profit organizations, by SAGE, and by CUNY School of Law with an honorary Law Degree in 2007. She is part of the Sophia Smith Archive’s Voices of Feminism Project and has donated her papers to the Archive.
OUTWORDS interviewed Carmen in the kitchen of her snug Brooklyn home (up a very steep flight of stairs) on a freezing morning in January 2020, with her bright red coffee mug, teapot, and tea towels looking on. Afterwards, we moved to nearby Prospect Park, stomping our feet on the icy paths while searching for spots to shoot Carmen’s portrait. Toughness and warmth, coexisting and adding up to a greater whole: this was our experience in the presence of Carmen Vázquez.
Carmen Vázquez died of Covid-19 complications in January 2021. She is survived by her siblings Ida, Nancy, Migdalia, Jorge, and José, and by her longtime friends Marcie Gallo, Carlie Steen and Erica Pelletreau. 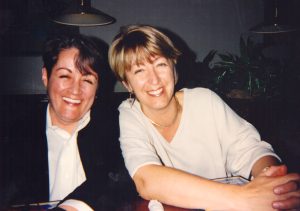 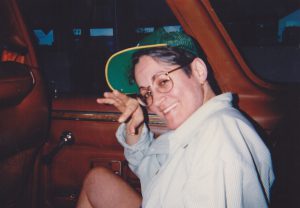 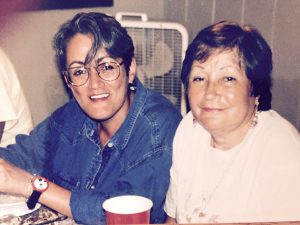 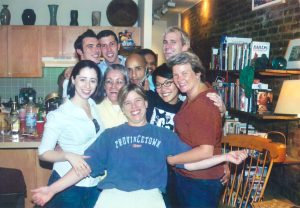 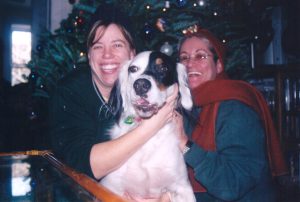 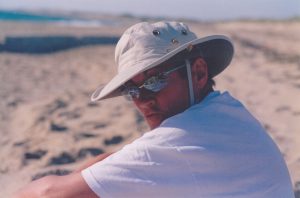 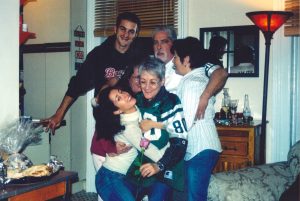 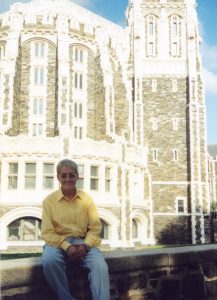 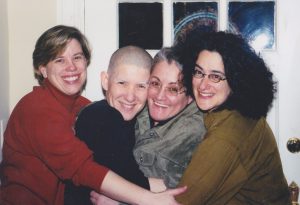 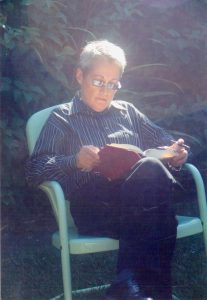