Honey Ward was born and raised in Southern California. At the age of 26, she participated in The Advocate Experience, a transformational weekend workshop (later renamed The Experience), founded by Rob Eichberg (author of Coming Out: An Act of Love) and David Goodstein. “My life lit up like a light bulb,” Honey says. Honey soon began facilitating The Experience programs. After Rob Eichberg and David Goodstein passed away, Honey was named the heir to the work. Since that time, as a public speaker, seminar leader, corporate trainer, and program facilitator throughout the United States, Honey has led hundreds of events, touching thousands of lives. Simultaneously, she has supported many additional people through personal and professional success coaching.

The Experience was one of two founding organizations of National Coming Out Day (celebrated every year on October 11), and its graduates were instrumental in its success, especially in the early years.

Over the years, Honey also developed herself as a Reiki Master, Certified Hypnotherapist, and Qigong Instructor, and deepened her skills through the study of energy medicine (EFT/SET), breakthrough communication, NLP, and much more. In the early years of the AIDS epidemic, Honey was involved in creating one of the first well-being programs for people living with HIV/AIDS. Her goal in all her endeavors has been to make the world a better place, and support people to tap into their own innate reservoirs of love, truth, and wisdom. According to Honey, when this happens, “sparks fly, hearts open, and the world starts to live up to its possibility.”

Honey and her wife Sandy Davis lived for three decades in Santa Fe, New Mexico. In recent years, they have become “international vagabonds,” exploring the world year-round.
Honey Ward being held in the arms of her sister, Phoebe T. Ward, Jr. the day Honey came home from the hospital, 1952, Ontario, CA. Honey Ward at the age of 3, 1955.  Rob Eichberg, Ph.D. with Honey Ward at the Experience graduates gathering at the Russell House Office Building during the March on Washington for Lesbian and Gay Rights, 1987, Washington, D.C. Honey Ward marching the March on Washington for Lesbian and Gay Rights, 1987, Washington, D.C. Photo includes: Rob Eichberg, Ph.D., Gregory Unwin-Moore, and Shirley Eichberg-Greenes.  (L-R) Phoebe T. Ward (sister), Phoebe T. Ward, Sr. (mother), and Honey Ward, 1989. Honey remarks: “My mother, Phoebe T. Ward, Sr., was the rock and inspiration for my sister and me.” Honey Ward with Experience founder, Rob Eichberg, Ph.D. in Honey’s home, early 1990’s. Honey Ward at the 20th anniversary of The Experience workshops, 1998, Santa Fe, NM.  Honey Ward attended the private State Department gathering where Experience graduate, Jim Hormel (L), who served in Luxembourg, was to be sworn in as the first gay ambassador, 1999.  Sandy Davis (wife) and Honey Ward on their wedding, while gathered with 130 family members and other loved ones for a three day celebration, 2001, Santa Fe, NM. Sandy Davis (wife), Phoebe T. Ward, Jr (sister). and Honey Ward, silently celebrating the final sunset of the year at the Vision retreat where Honey leads the Experience graduates on a journey of consciousness and spirituality, 2013. 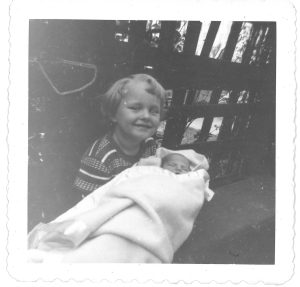 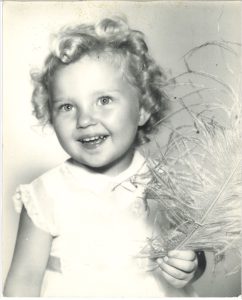 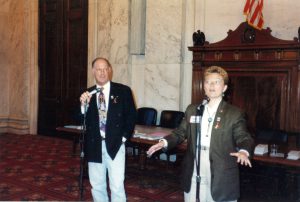 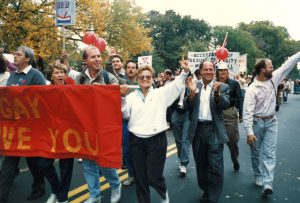 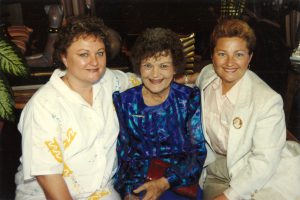 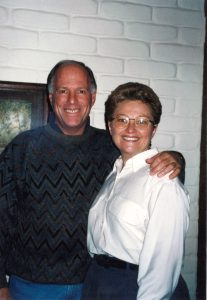 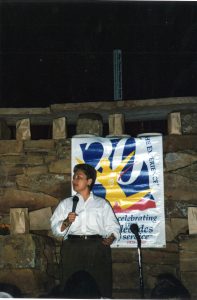 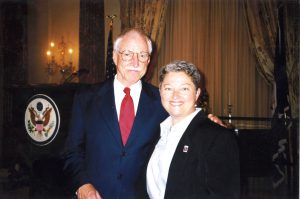 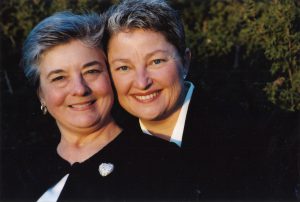 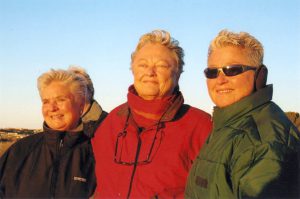