Gary Watts was born in 1940 in Logan, Utah into a committed Mormon family. He attended Utah State University, where he was captain of the basketball team and was named to the 1963-64 Academic All-American team. After serving a two-year church mission in New Zealand, he married Mildred ‘Millie’ Cragun, his sweetheart since middle school. Gary then attended the University of Utah College of Medicine, graduating in 1968.

Millie Watts was born in 1941, also in Logan. Her dad was a well-known and popular family practice physician. In the 15 years after they got married, Millie and Gary had six children. Life was exactly how they had envisioned it, and they were happy.

Just before Christmas 1989, Gary and Millie’s son Craig told Gary he was gay. When Gary told Millie, she thought one trip to the psychiatrist would straighten Craig out. She also wondered how it was possible that a good kid like Craig could be gay.

Three years after coming out to his parents, Craig was excommunicated by the Mormon Church. Gary and Millie were forced to choose between their church and Craig. They chose Craig. They soon became deeply involved with LDS Family Fellowship, which supports Mormon families with LGBTQ members and friends. They have also served on the board of PFLAG, a nationwide organization dedicated to uniting LGBTQ+ people with family and allies.

In 1997, Gary and Millie’s daughter Lori came out as lesbian. Lori and her wife Sherene have two children by artificial insemination. Meanwhile, Craig fathered three sons through egg donation and surrogacy in Asia, where he lived for decades. In 2015, Craig moved back to Provo to enlist Gary and Millie’s help in raising his kids. Gary and Millie are grateful for the role that modern medicine has played in providing them with these five grandchildren, to go with eight more from their other kids.

Gary, Millie and Craig welcomed OUTWORDS to their home overlooking Provo in April 2018. A dusting of snow lay on the mountains behind the house where the Watts family grew up. Craig’s coming out set the Watts family on a new path – a family path of love, honesty, and friendship that has ultimately united and strengthened the entire clan.
This is a photo of Gary and Millie and the “first five.” This was taken in our backyard in Provo, Utah, in autumn of 1975. Our sixth child, Brian, was not yet born. Craig is seated in the middle and Lori would have been about 18 months-she is seated on the grass. Nancy and Becky are standing behind Craig. Gary pantomiming Kenny Rogers with Craig singing background at a neighborhood party (our not as yet recognized gay son) circa 1983 - he would have been 17 years of age. I do not know the photographer who took it, but you have our permission to use it in the documentary. Family photo taken in Yellowstone during a snowmobiling trip, probably in 1992. Craig is back right and Lori front right (holding Katie.) Millie and I are on the left with Mike standing to my left and behind Millie. Brian is behind Lori, with Wendy and Becky behind him. Nancy is lower left, holding Madelyn. Family photo taken in 1993. Lori and Craig are on the first and second rows on the right. Brian is sitting on left; Katie, a grandchild is sitting in the middle. Nancy is left of Craig next to her husband, John; Madelyn, a grandchild is sitting on John’s knee; Gary and Millie are center with Mike and Becky to their left; and Scott and Wendy to their left. This is a photo of Gary, Craig, and Lori taken at Namchee Bazaar, Nepal, 11,291 ft above sea level in 1995. We had a 17 day trek in Nepal that took us to Kalapathar, approximately 18,519 ft. above sea level and 1000 feet above the first base camp for climbers to Everest. The three peaks in the background are Ama Deblang, Lhotse, and Everest. Millie, Lori, and Gary Watts at Lori’s Master’s Degree in Social Work from Boise State University approximately 2002. Family picture in Hawaii. Millie and Gary at Gay Pride with facsimile of billboard that PFLAG put up during the 2002 Winter Olympics. Gary and Millie Watts Cragun, Millie, Gary, Ezra, Joe and Gary taken in China outside Craig's house in Beijing. Watsen Family: Lori and her wife Sharlene with Conley and Greta. Nancy Crawley Family: Craig, Ezra, Joe and Gary July 4, 2016 Taken at Craig's 50th birthday party. Nancy Crawley Family, July 4, 2016. 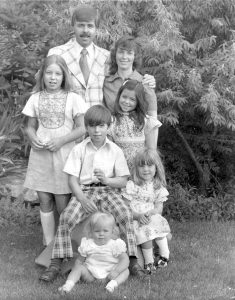 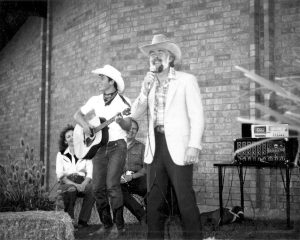 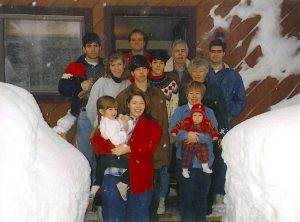 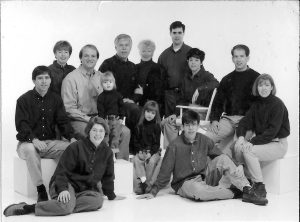 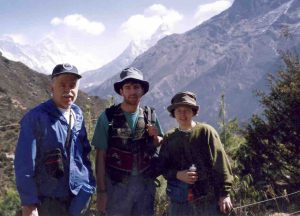 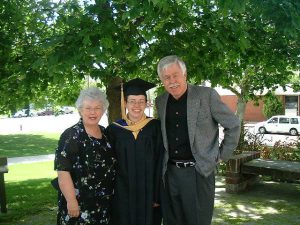 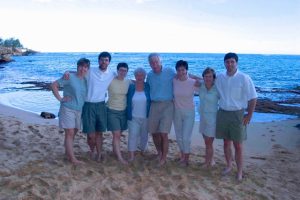 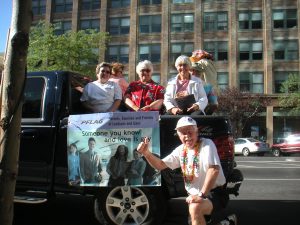 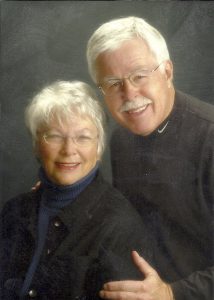 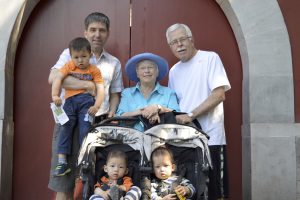 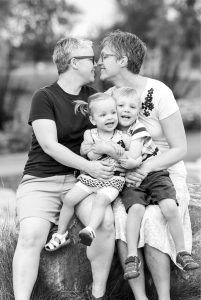 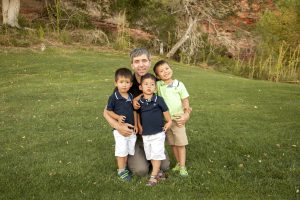 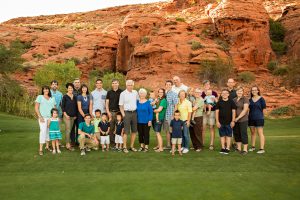