Advanced Search >
Elizabeth Coffey-Williams was born in 1948 in Brooklyn, New York, and at the age of 5, moved with her parents to Philadelphia. Her dad was a teamster, and Elizabeth was the oldest of five kids. Assigned male at birth, Elizabeth knew she was a girl from an early age, and despite attending a parochial school, she presented as female, wearing her hair long and going on dates with boys.
In 1970 Elizabeth decided to leave Philadelphia and hitched a ride to Baltimore. As she puts it, “I got out of the car and I was Elizabeth and I never looked back.” Shortly after arriving, she met rising film director John Waters at the premiere of his second feature length film, Multiple Maniacs, and she quickly became one of Waters’ Dreamlanders. Elizabeth would go on to have brief but memorable roles in Pink Flamingos and Female Trouble, where she worked alongside legendary drag queen Divine.
Living comfortably as a woman in Baltimore, Elizabeth thought it time to take care of some “incongruous” aspects of her anatomy. After hearing about Johns Hopkins’ groundbreaking work as the first American academic institution to offer what at the time was referred to as sex reassignment surgery, she applied for the procedure. After a rather long and arduous vetting process, she underwent surgery in 1972, becoming one of the first women to participate in the Johns Hopkins program.
Elizabeth later moved to Rockford, Illinois, where she married, raised a son, and spent her time quilting and advocating on behalf of the transgender community. She became a board member of the Rockford AIDS Care Network and a facilitator of the Names Project AIDS Memorial Quilt, a national collection of quilt squares commemorating those who died from HIV/AIDS. Elizabeth’s quilting work has been shown in the Art Institute of Chicago.
Elizabeth and her inspiring story as an early, out trans woman have been featured in countless publications and several books over the years. She currently lives in Philadelphia in the John C. Anderson Apartments, an LGBTQ friendly senior living community, where she co-facilitates TransWay, a trans and gender non-conforming support group.
When we arrived to record Elizabeth’s OUTWORDS interview in August 2016, she said, “Put your camera wherever you want” – and then proceeded to tell us exactly where to put it. That’s Elizabeth: funny, sarcastic, courageous, and completely clear on what she wants. These qualities enabled Elizabeth to live life on her own terms – and today, she fights to make sure that other people who don’t fit society’s predetermined roles and realities get the same chance.
Portrait with flowers. Elizabeth Coffey models as “whack-a-mole.” Elizabeth Coffey in John Waters' "Pink Flamingos," flashing her flasher, 1972. Young woman on the scene. Philadelphia Inquirer profile of Elizabeth Coffey, 1973. Parties. Elizabeth Coffey in John Waters' "Female Trouble" as Earnestine, the death row cellmate of Dawn Davenport played by Divine, 1974. “Female Trouble” premiere, 1974. Elizabeth Coffey-Williams' contribution panel to the AIDS Quilt. Elizabeth Coffey-Williams reads names of those who have died of AIDS. 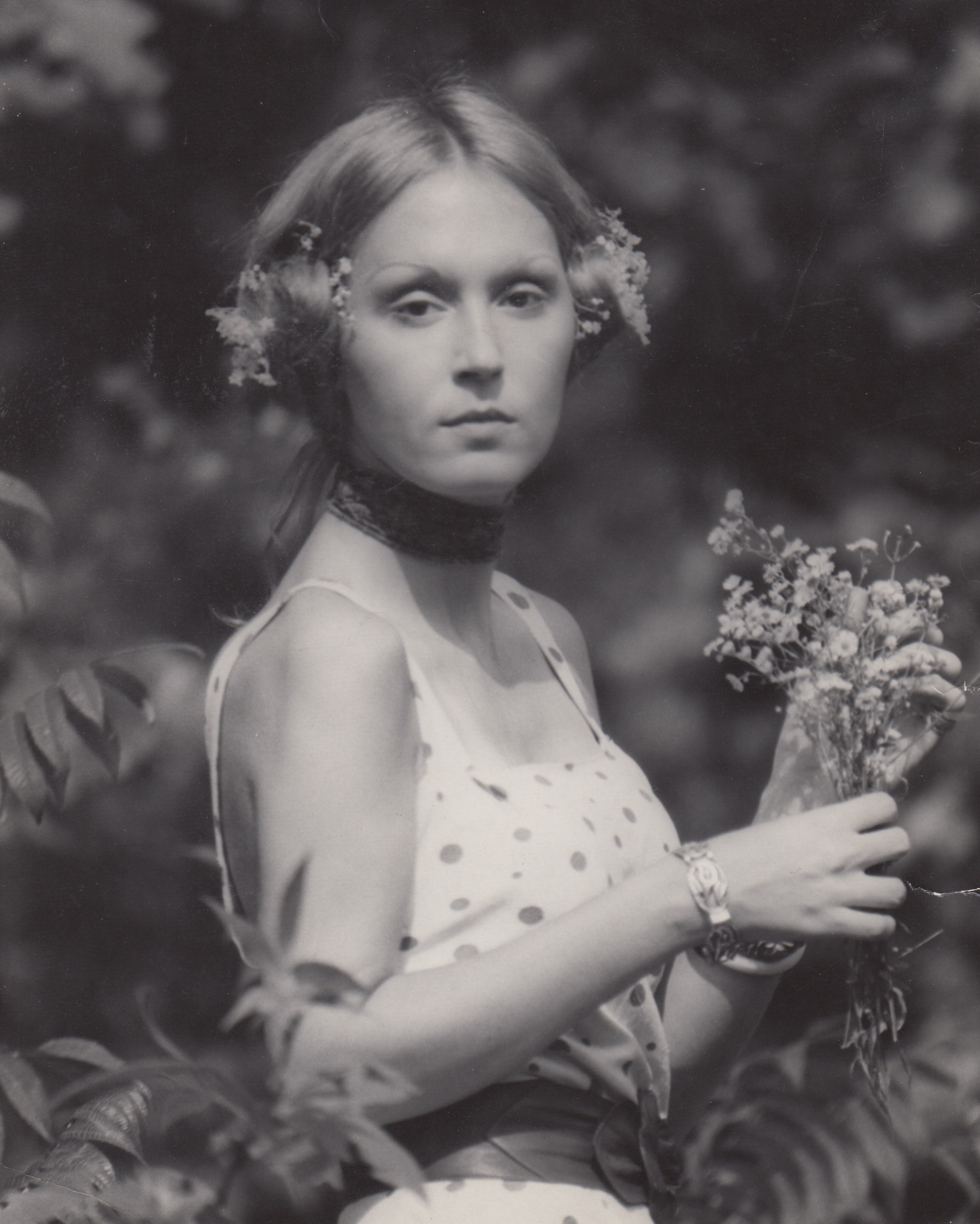 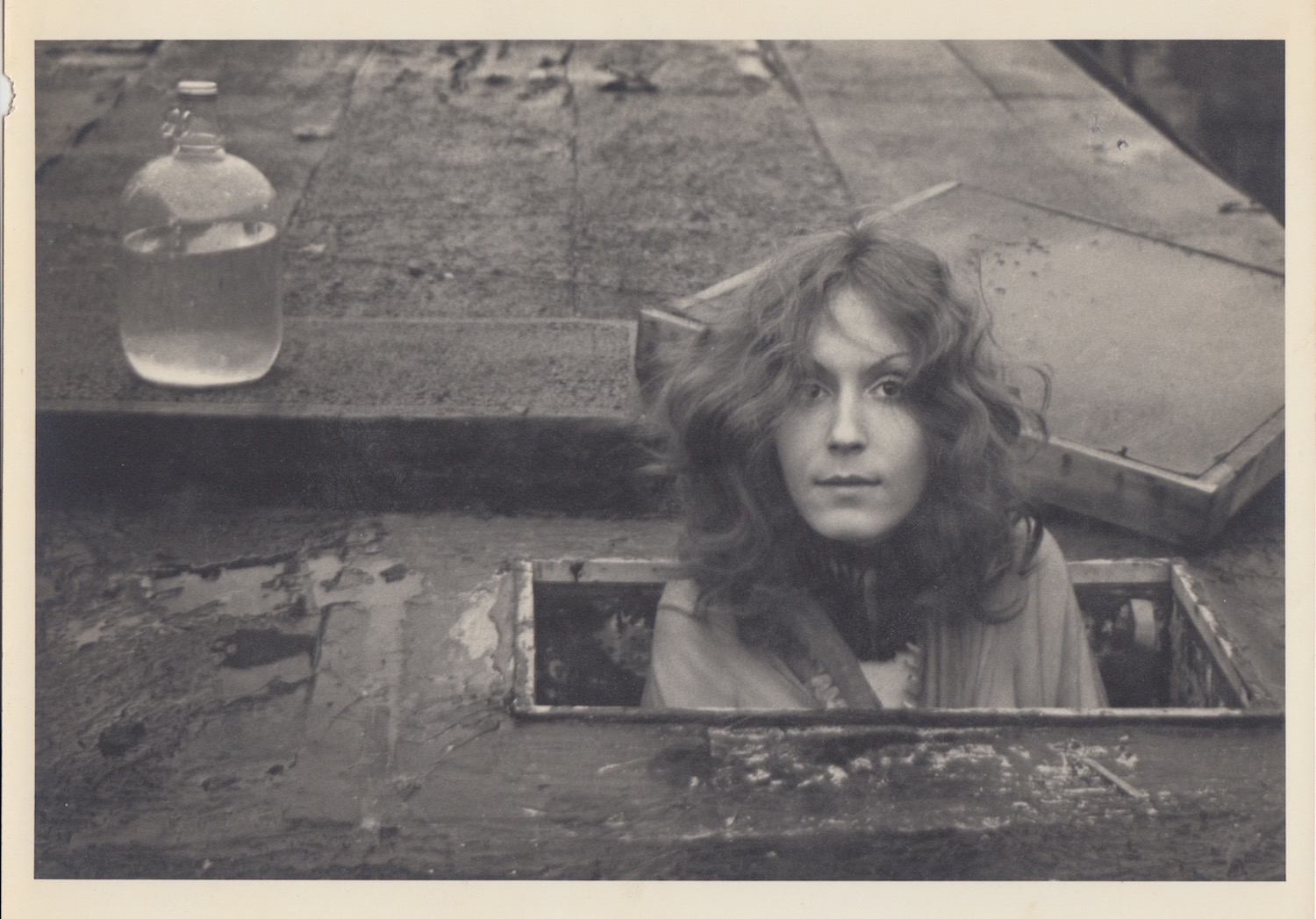 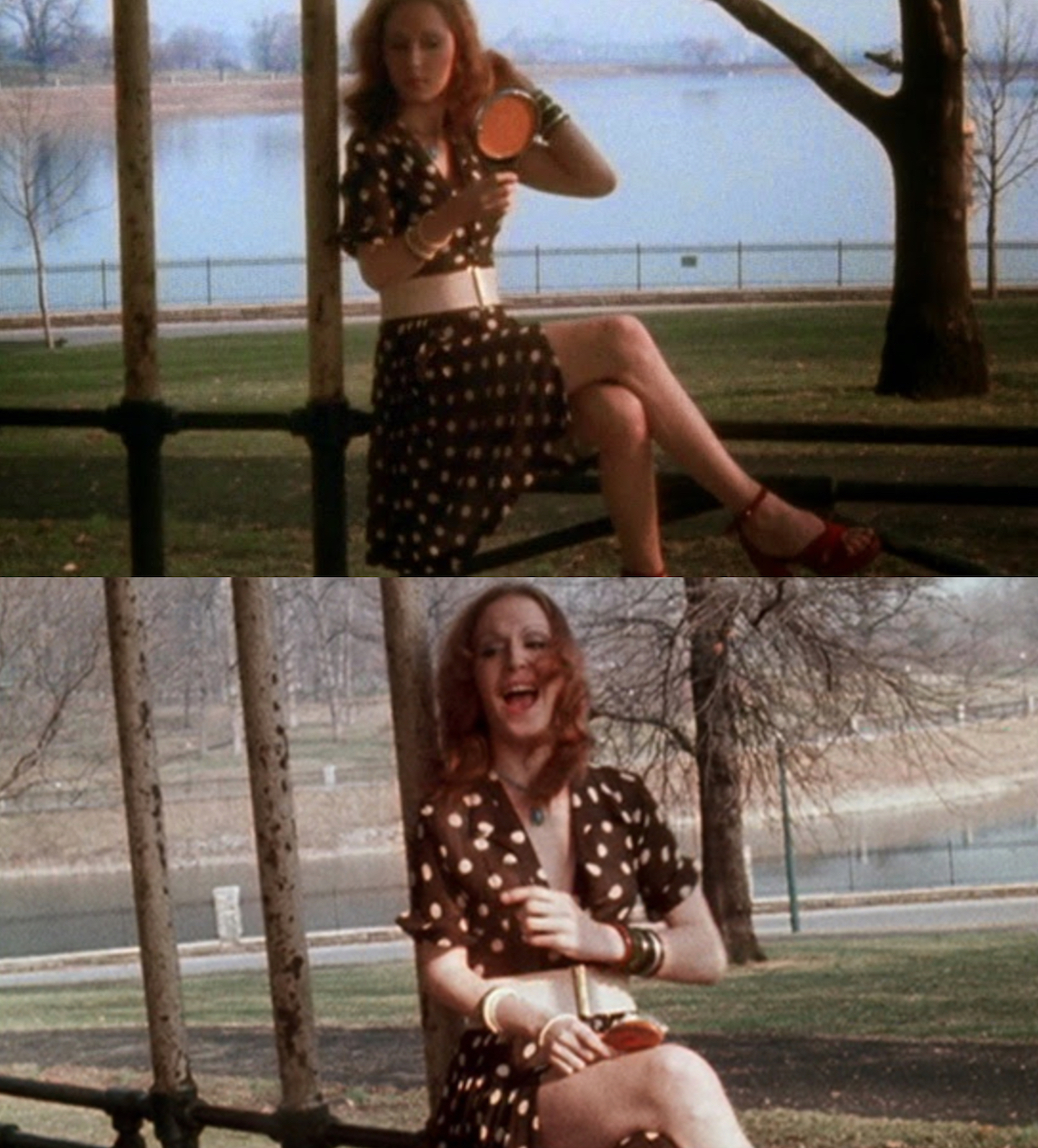 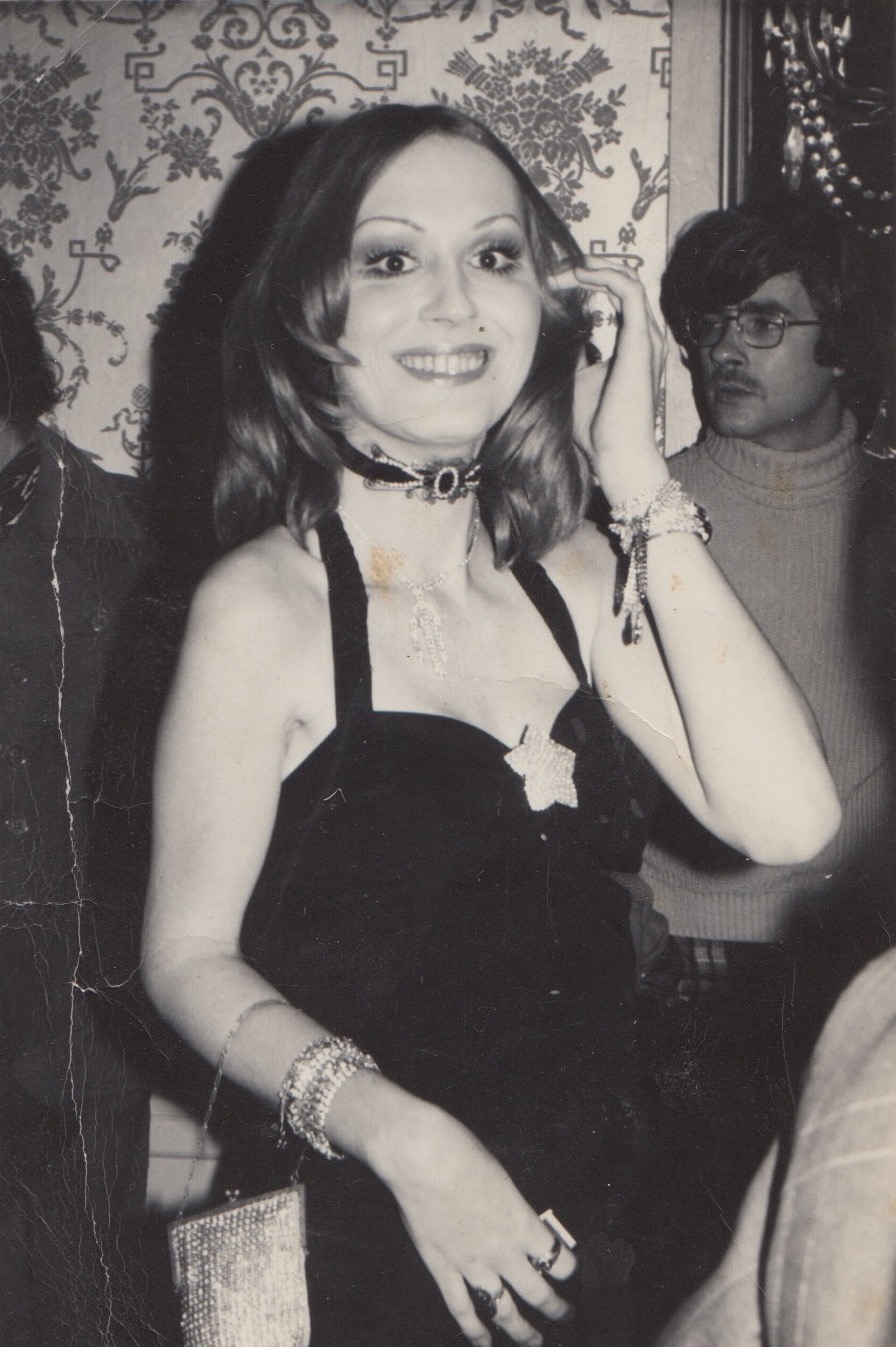 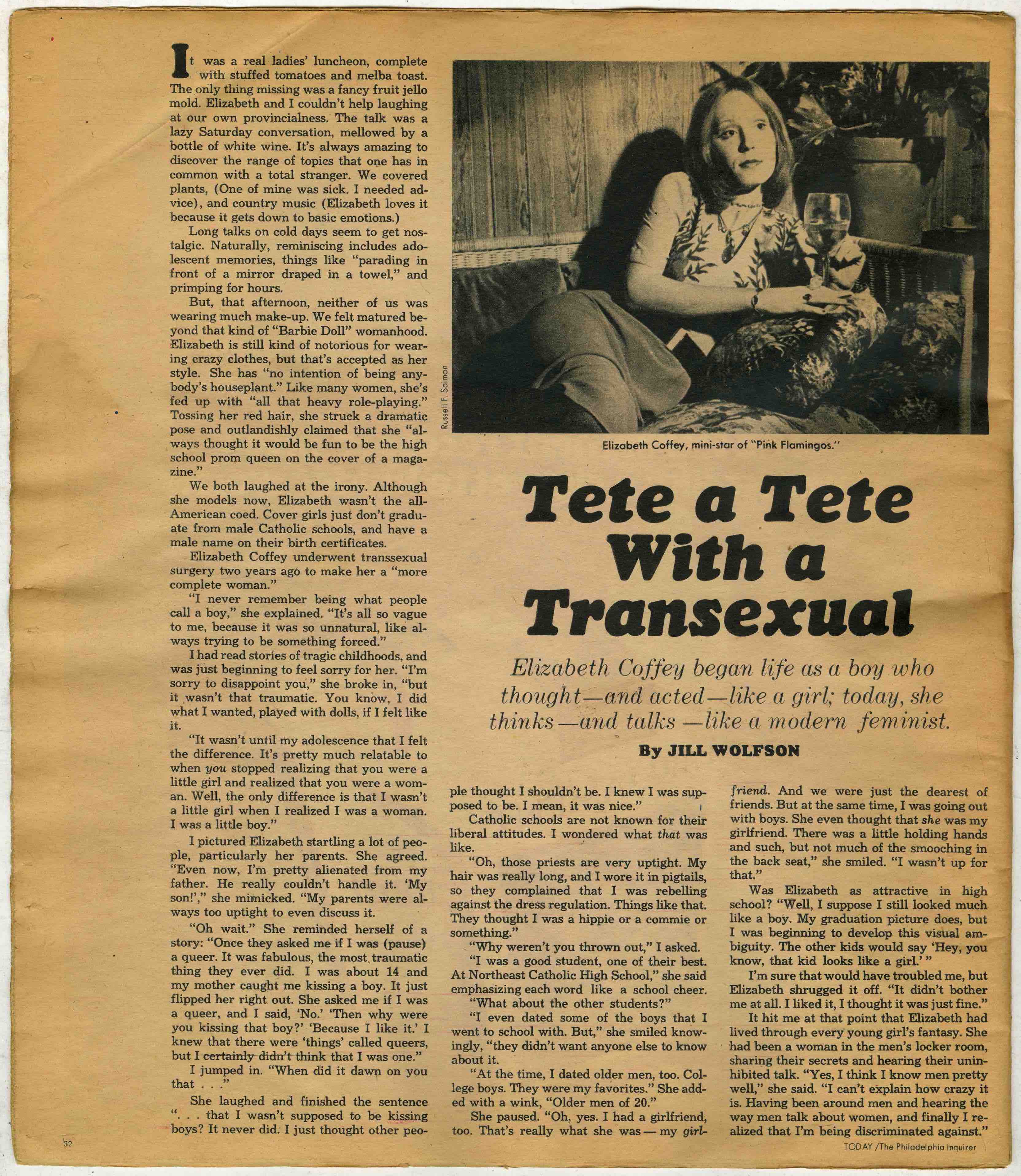 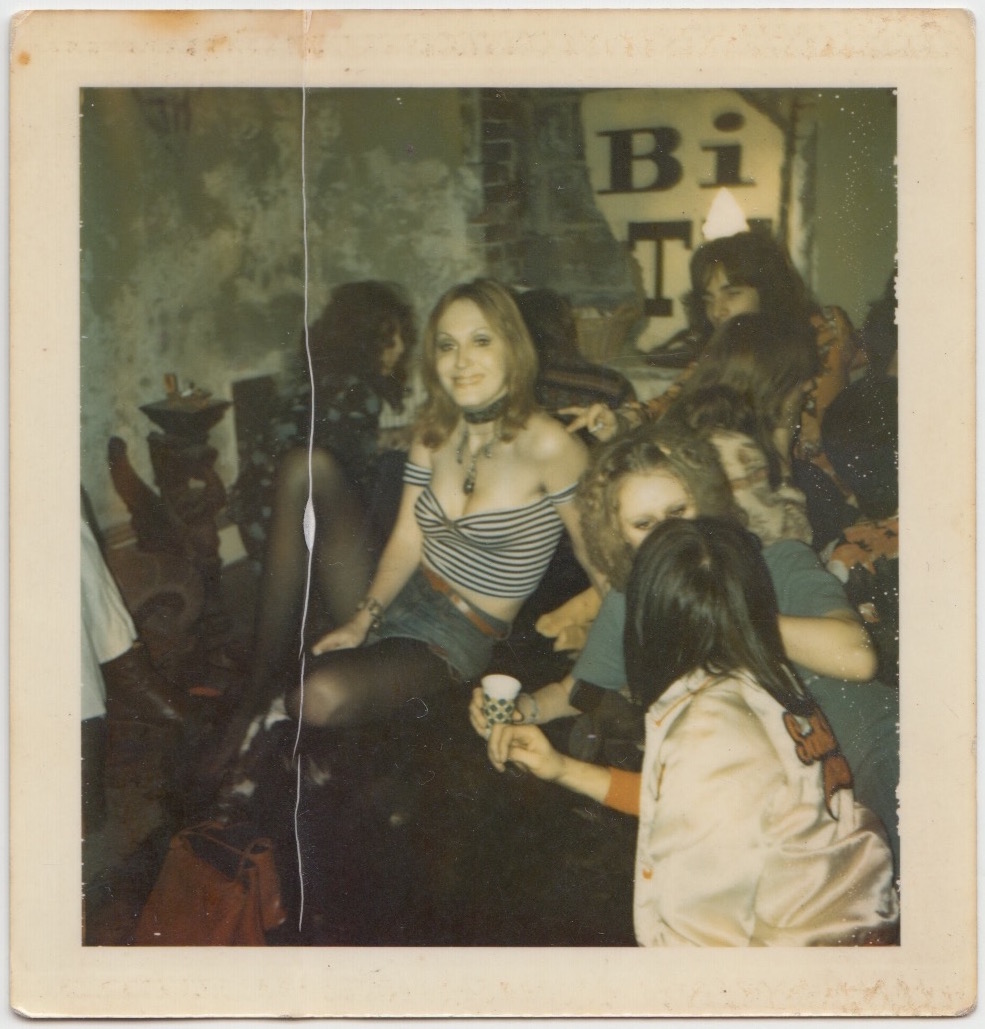 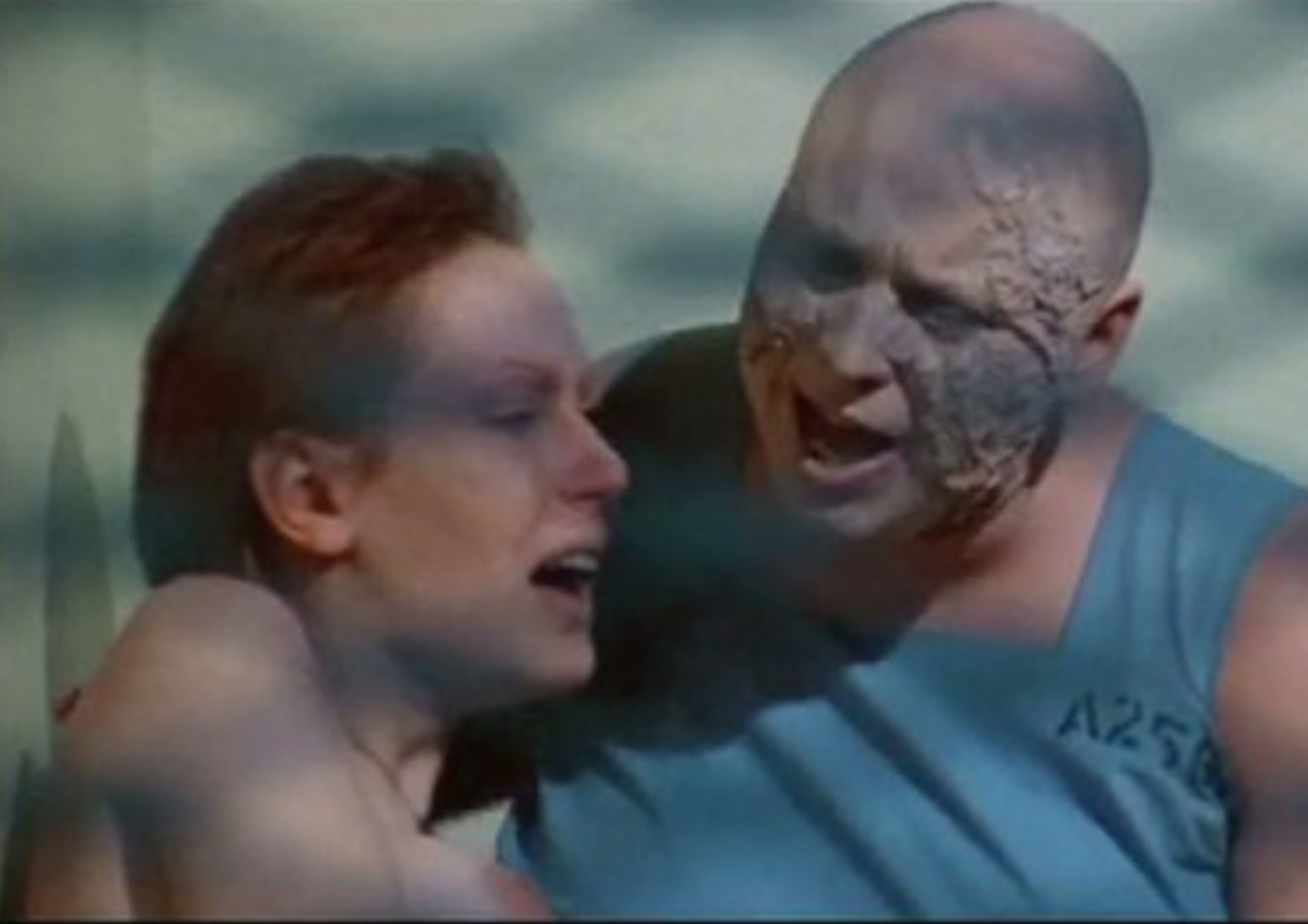 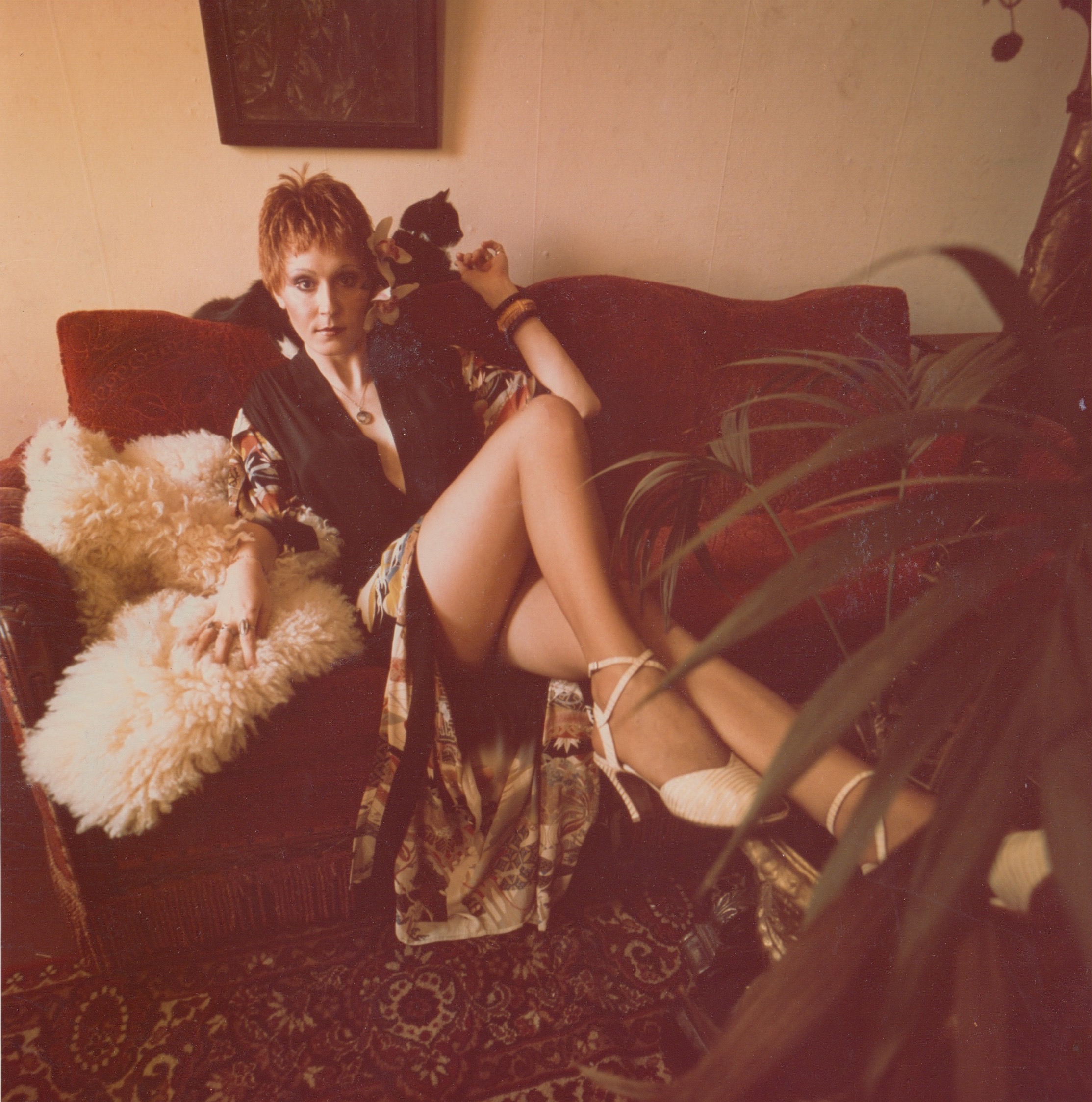 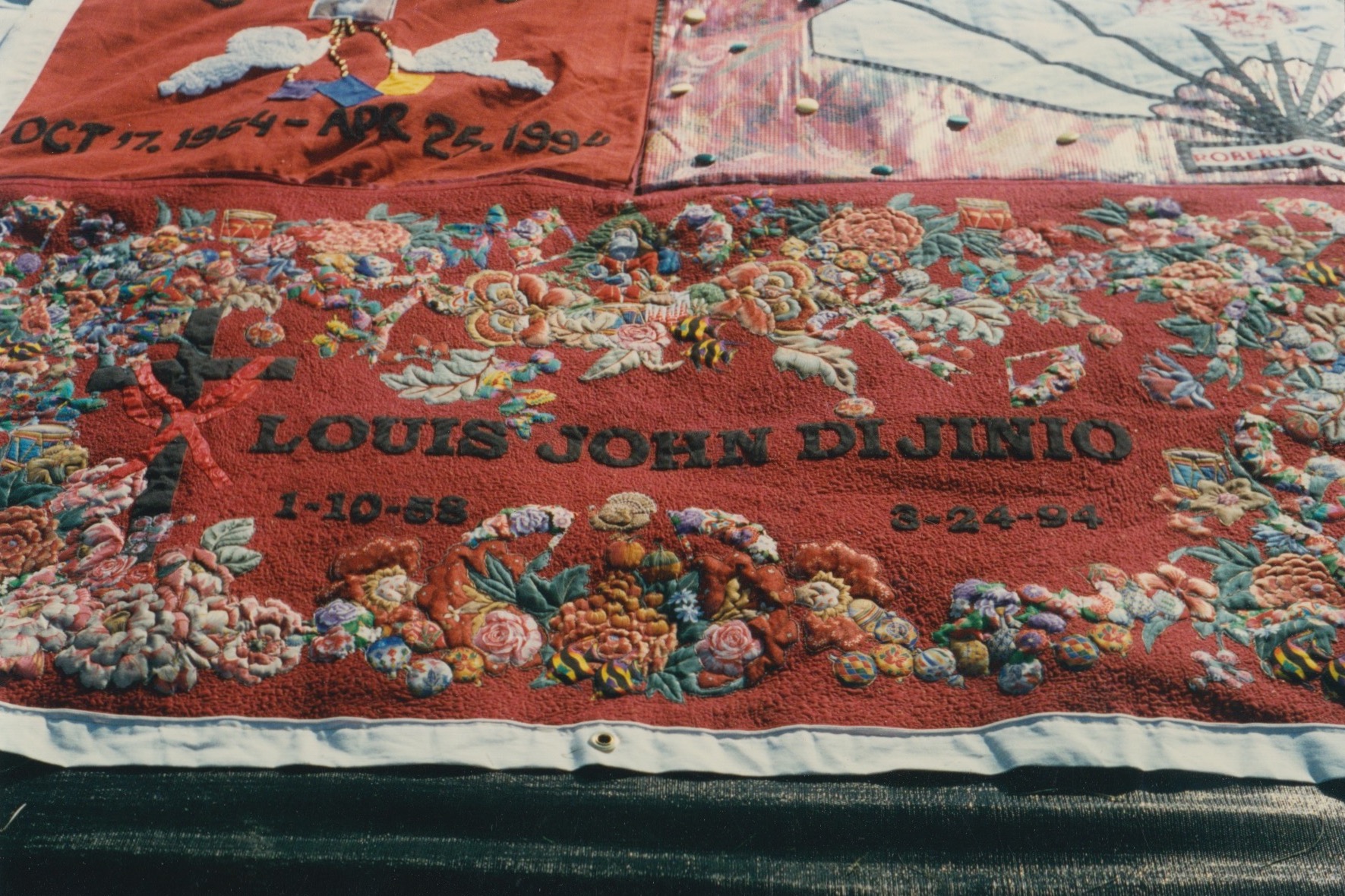 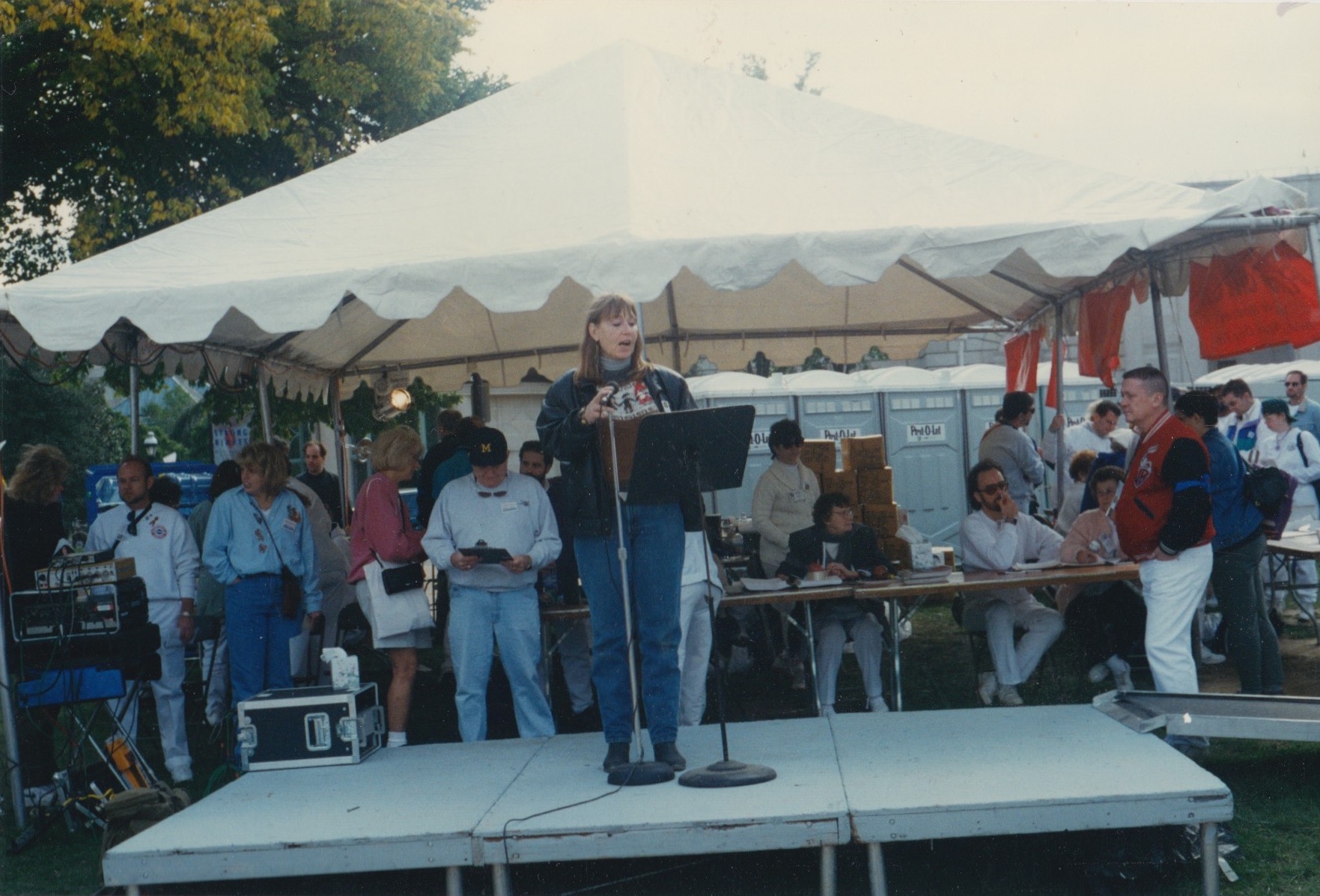