Advanced Search >
Mia Frances Yamamoto’s parents were among 17,000 American civilians of Japanese ancestry who were interred by the US government at Poston, Arizona after the Japanese bombing of Pearl Harbor in December 1941. (Overall, more than 127,000 Japanese-Americans were interred in ten concentration camps during this period.) This is how Mia came to be born at Poston in 1943. Her family’s experiences in the camp, and her father’s subsequent exclusion from the whites-only Los Angeles Bar Association, shaped her understanding of racial injustice in the legal system from an early age.
Upon returning to Los Angeles, Mia’s family settled in East LA, a predominantly Latinx / Chicanx neighborhood. Mia and her brothers found a sense of shared purpose and identity among the local Mexican gangs. This served to deepen Mia’s sense of solidarity with people deemed worthless by society. Another element in Mia’s compassion for outsiders came from the fact that at birth, she was named Michael – a name and gender designation that did not fit her.
Mia’s gender dysphoria intensified with age. Upon graduation from Cal State University Los Angeles in 1966, searching for any solution or path forward, she enlisted in the US Army and was deployed to Vietnam. Afterwards, in 1968, Mia enrolled in UCLA School of Law, where she founded the Asian/ Pacific Islander Law Students Association and organized with black, Chicanx, and gay law students for social justice causes.
Gradually, Mia began more actively confronting her gender dysphoria. But it was only at age 60 that, in a classic case of “better late than never”, she finally came out as publicly as transgender. Since then, she has been an ardent advocate and spokesperson for the trans community, greatly helping to normalize the trans identity in the courtroom and the world at large.
As a lawyer, Mia’s awards and honors include an appointment by the Chief Justice of the California Supreme Court to serve on the Judicial Council Task Forces on Jury Improvement and Fairness and Access in the Courts, the Rainbow Key Award from the city of West Hollywood, multiple designations as Criminal Defense Attorney of the Year, and recipient of the Harvey Milk Legacy Award. In 2015, Mia married fellow activist Kimberlee Tellez.
A few months after her OUTWORDS interview in April 2017, we invited Mia to say a few words about the project at our first-ever fundraiser. Mia got up and basically set the room on fire with her speech about the importance of recording LGBTQ history, and defeating the forces that would erase queer history, speech, and liberties from the face of the earth. If Mia runs for President in 2020, she has our vote.
Yamamoto family photo. Front row: Lawrence, older brother; David Timothy, younger brother; Mia; Monica, sister. Second row: mother Frances Wakayo Yamamoto and father Elmer Shosaku Yamamoto. Last row in center: Steve, oldest brother, and Gregory, brother ("Pancho"). Mia Yamamoto with family at childhood home, c. 1949. L-R: Father Elmer Shosaku Yamamoto; younger brother, David Timothy; mother, Frances Wakayo Yamamoto; Mia; and sister, Monica. Mia Yamamato with siblings, 1953. L-R: Mia; younger brother, David Timothy; sister, Monica; and older brother, Lawrence. Mia Yamamoto at graduation from Basic Combat Training Unit D-4-1, September 17, 1966, Fort Ord, CA. Mia Yamamoto (right) and younger brother, David Timothy, at Mia’s graduation from UCLA School of Law, June 1971, Los Angeles, CA. Mia Yamamoto playing at the wedding of friends Terry and John Bransfield. 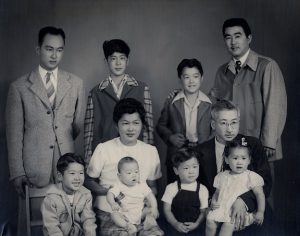 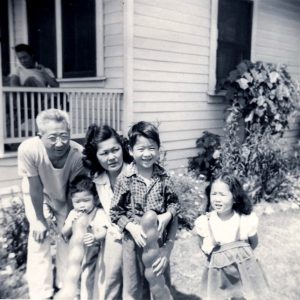 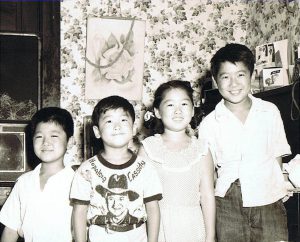 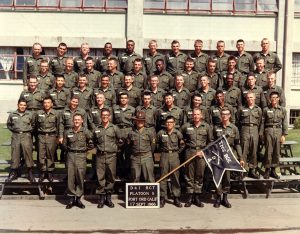 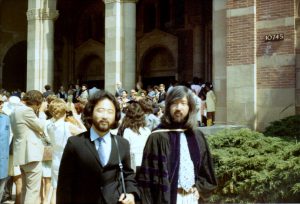 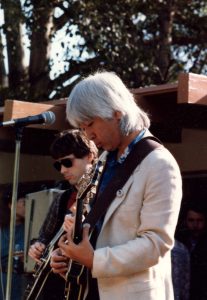 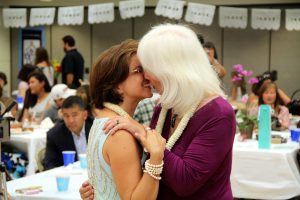 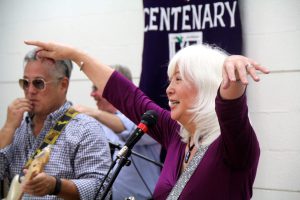 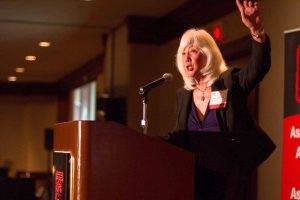 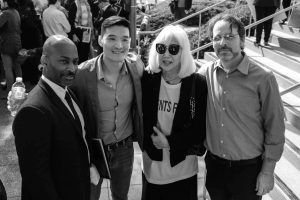 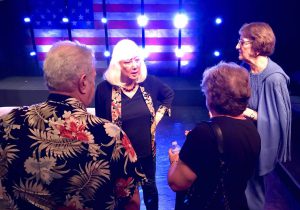