Richard Zaldivar was born in Los Angeles in 1952. His dad was Mexican, his mom Mexican-American. Richard’s family was deeply Catholic and early on, Richard developed a deep relationship with God that evolved as Richard changed and grew. He never felt he had to leave God behind to be a gay man or a forceful advocate for society’s dispossessed.

Richard also felt a deep call early on to get involved in the sometimes-dirty work of politics. His first job was as a field deputy for Los Angeles councilman Art Snyder. He later served as a community liaison for then-Los Angeles City Attorney and future mayor James Hahn. Simultaneously, Richard organized youth and senior citizen support groups and co-produced a local radio talk show. At the age of 28, Richard was elected as one of the youngest appointees to the National Democratic Convention Platform Committee.

The dark side of Richard’s professional success was his personal battle with alcohol. In 1989, he finally fell to his knees, asking God’s help, but also resolved to find help on his own. Getting sober gave Richard the ability to tackle the biggest challenge of his life.

In 1993, recognizing the need for a space where cultural barriers to HIV/AIDS education and outreach could be addressed and overcome, Richard organized the first annual Noche de las Memorias (Evening of Memories) for World AIDS Day. That night, Richard shared his vision for an AIDS monument to memorialize those lost to AIDS, and provide a place of remembrance and healing for those still here. Ten years later, The Wall / Las Memorias AIDS Monument became a reality – the first publicly funded AIDS monument in the U.S, and the basis for a grass-roots HIV/AIDS service organization that is still going strong and growing today.

Richard’s HIV/AIDS advocacy has been recognized in Los Angeles and far beyond. In 1997, OUT magazine named him one of the 100 Most Influential Gay or Lesbian Persons in the US, and in 2013, Richard received the LGBT Pride Recognition Award from the California Legislature.

In July 2016, Richard became one of the very first people to agree to an OUTWORDS interview – and when the camera malfunctioned, he graciously offered a rain check for the following day. Richard and his life partner Joselito live in downtown Los Angeles. Every chance they get, they slip off to Chavez Ravine, a couple of miles away, to watch their beloved Dodgers in action.
Richard at the age of 5. Richard had a strong bond with family. Pictured at far left, Richard enjoying a Saturday afternoon with his aunts and cousins. At the age of 18, Richard is president of a junior Knights of Columbus and hosts a Christmas Toy give-away for the underprivileged in the community. Richard loves parades—as Honorary Mayor of El Sereno, he connects with the crowds in the Northeast Los Angeles community. Richard Zaldivar was selected Honorary Mayor in his local community of El Sereno twice. Although ceremonial, Zaldivar worked hard to make a difference. As honorary Mayor in 1976, be constructed a flagpole with the American flag in the middle community of 60,000 to celebrate our nation's bicentennial celebration in 1976. Richard presenting award to the parents of Freddie Prinze at the Beverly Wilshire Hotel, 1978. Richard attends meetings and reception with President Jimmy Carter, 1978. Richard formerly kicks off a press conference announcing the founding of The Wall Las Memorias Project and the intent to construct the nation's first publicly funded AIDS monument. At the start of the construction of the first AIDS Monument in the nation, Zaldivar is photographed as a 5 ton steel arch is placed at the monument. Richard was invited several times to the White House for meetings and receptions. Here, Richard thanks President Barack Obama for his service to the community. This was the last Pride reception to be held at the Obama White House in June, 2016. 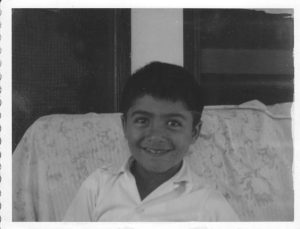 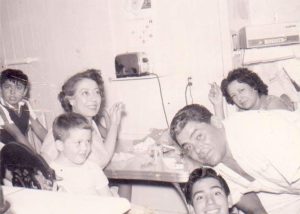 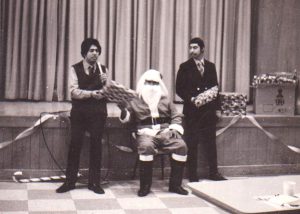 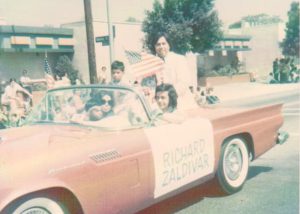 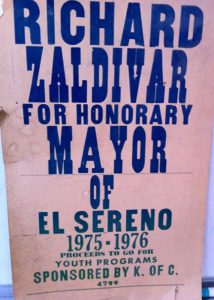 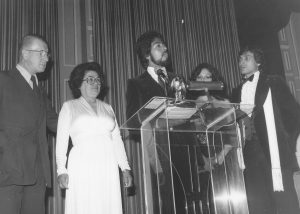 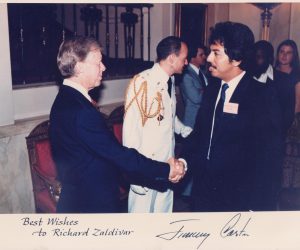 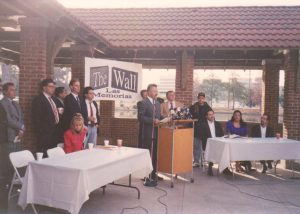 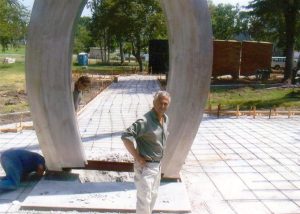 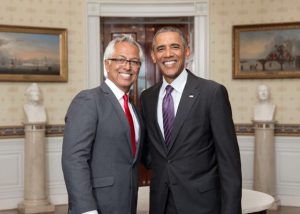